In honor of Mother’s Day, this month’s featured client is a terrific mother-daughter duo!

Julia Tops is the daughter of Canadian Show Jumping Team veteran Tani Zeidler (and Jan Tops, Olympic gold medalist for The Netherlands). Given the combined talent of her parents, it is not surprising that Julia excels in show jumping, but in the saddle isn’t the only place where Julia is successful. The 22-year-old is currently completing a rigorous one-year master’s program for Development Studies through the prestigious London School of Economics in England.

Amid the COVID-19 pandemic, Julia is finishing her dissertation on the financing of water infrastructure projects in the developing world from her home at Zeidler Farm in Calgary, Alberta, Canada. The state-of-the-art training and breeding farm is a testament to the hard work and talent of her mom, Tani. 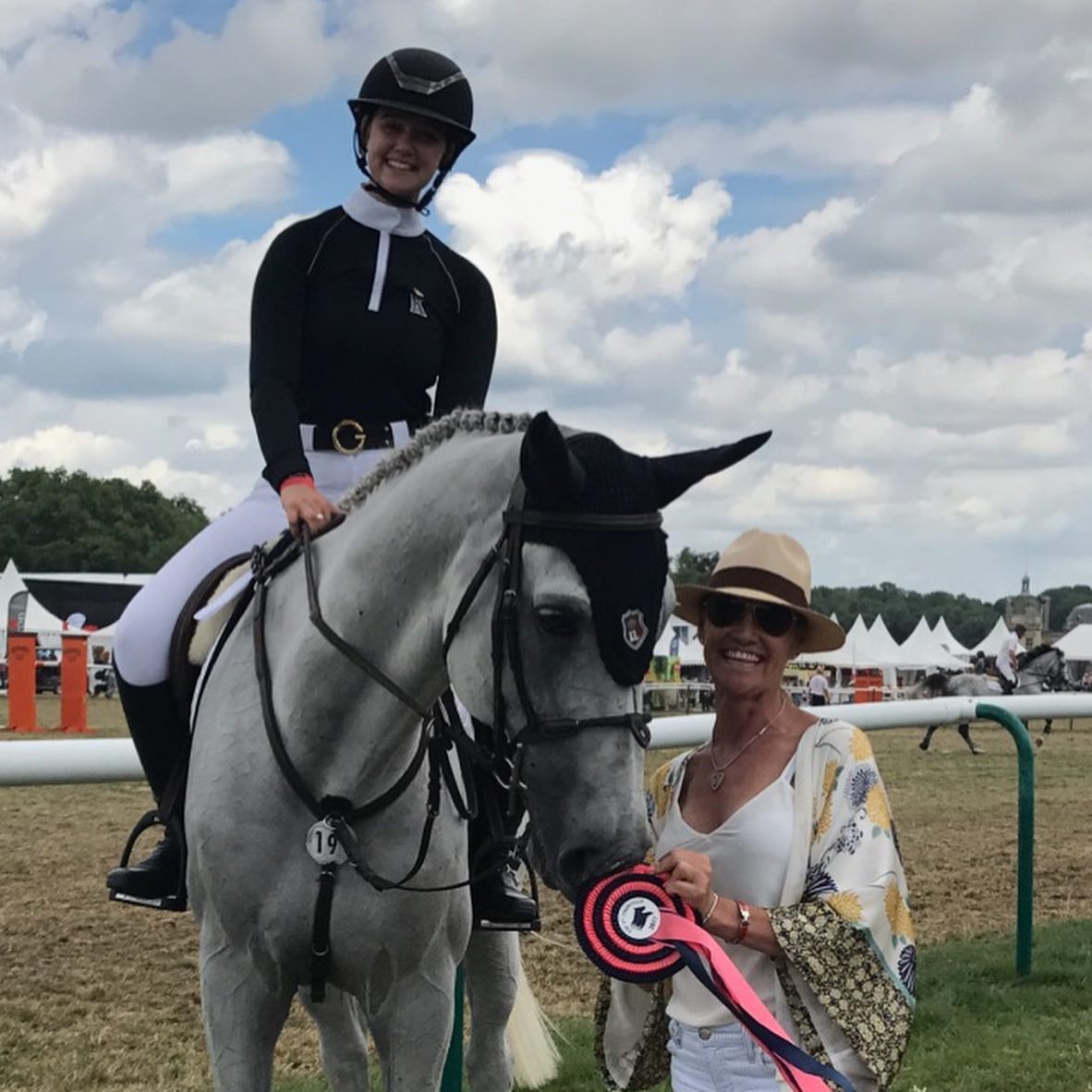 Following her own impressive international show jumping career, Tani stepped back from competition to raise Julia and to take her love of horses in a new direction by focusing on breeding. Today, several young horses from the Zeidler Farm breeding program have gone on to enjoy international success, including India Blue ZF, Julia’s partner when competing on the Longines Global Champions Tour. (Check out this recent Canadian Horse Journal feature to learn more.)

1)    One of Julia’s top mounts, India Blue ZF, was the very first foal born at Zeidler Farm in 2006. Julia and “Apple” literally grew up together, from the time the Canadian Sport Horse mare (Mr. Blue x Calvados IV) was born to now competing on the Longines Global Champions Tour and at the CSI2* and CSI3* level.

Their partnership developed largely thanks to Julia’s grandmother and Tani’s mother, Margaret “Midge” Zeidler. “My mom became a huge promoter of our breeding program,” said Tani. “She loved it, and she believed in it. Somebody wanted to buy Apple, and my mom said, ‘No, I’m giving her to Julia.’ I said, ‘Are you kidding? We were offered a good amount of money.’ My mom looked at me and said, ‘Selling her is not going to change your life, but she’s going to change Julia’s life.’ How amazing is that? My mom is a big part of the legacy.” 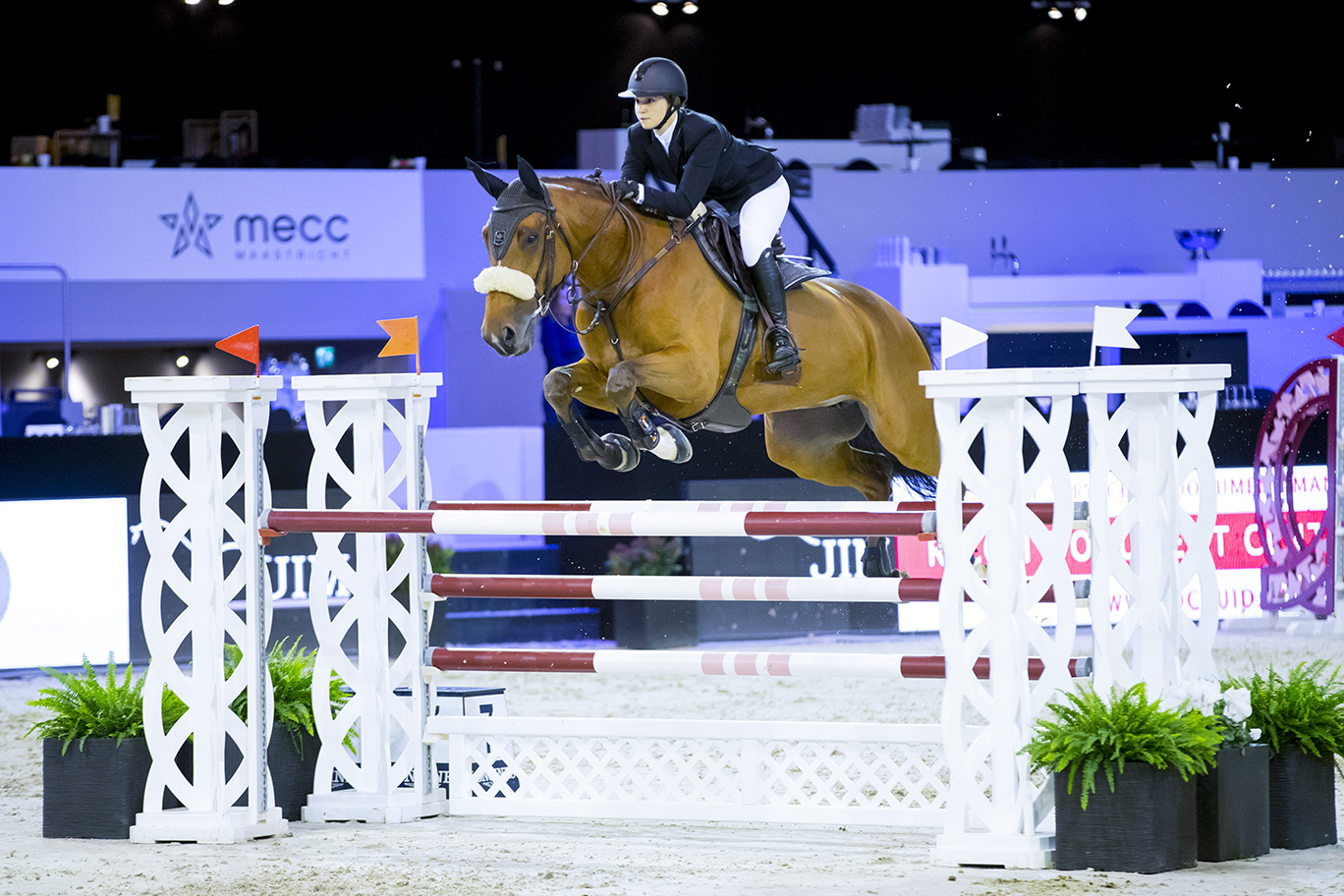 3)    Julia and Tani are each other’s biggest supporters and are equally proud of the other’s accomplishments.

“Both of my parents are great horse people, and my mom has been really inspiring to watch as she creates her own legacy through our home-breds,” said Julia.

“I’ve always told Julia not to listen to other people telling her what she can or can’t do,” said Tani. “Our minds are capable of doing much more than we give them credit for. I’ve always instilled in her the belief that she that can go far beyond what anyone says she can do.”

4)    Tani’s love of horses has proven to be hereditary. She was 14 years old when she first discovered a farmer’s Quarter Horses living behind the lake cabin where her family spent its summers. Before long, spending time with those horses had progressed to riding, and by the end of that summer, she was jumping over hay bales in the farmer’s field. 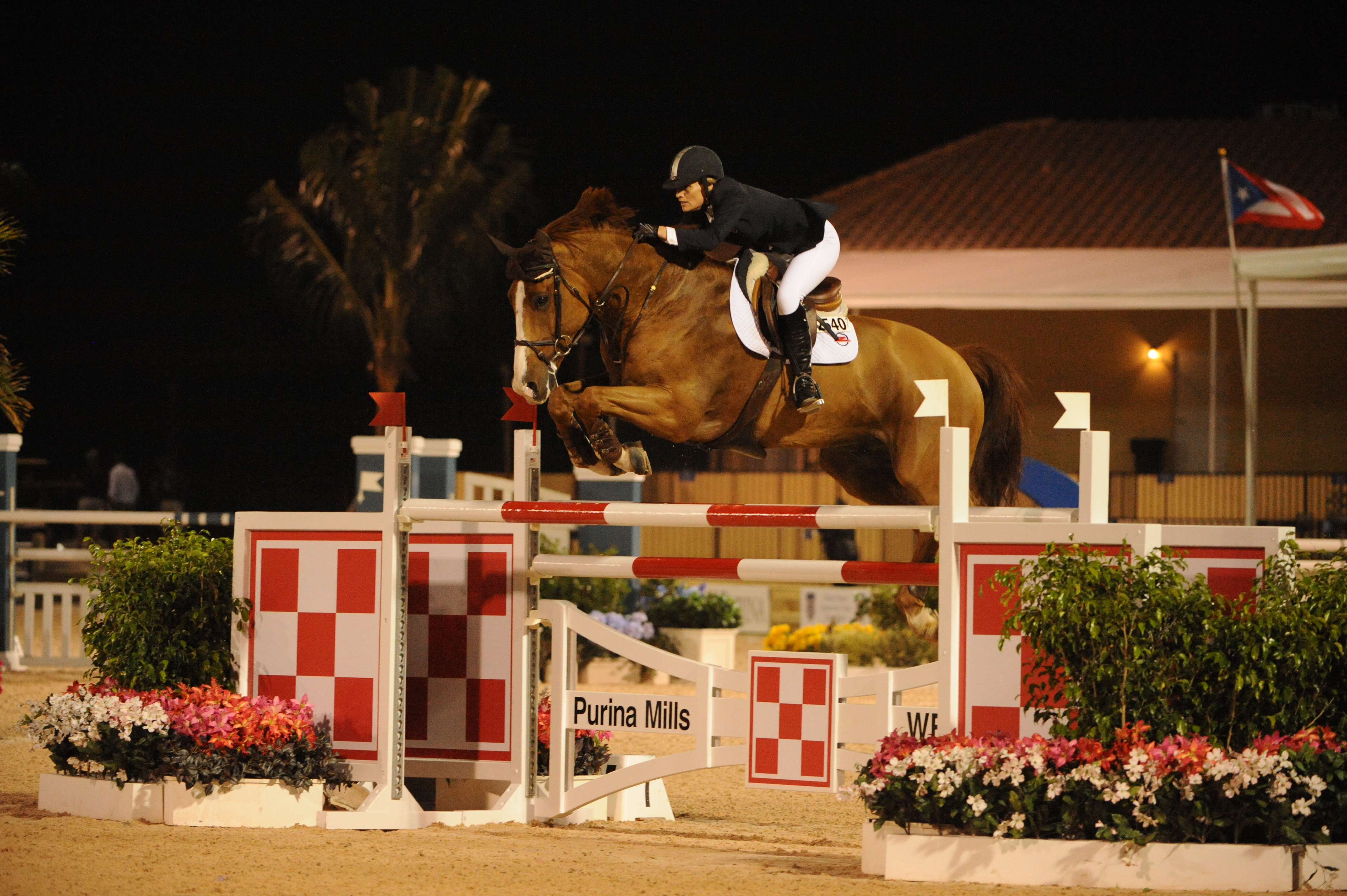 Her parents never pressured Julia to ride; they instead encouraged her to try other things, but Julia was bitten by the same horse bug.

“I don’t think I could live my life without riding being a part of it,” confirmed Julia. “I credit a lot of where I am today to my parents and to riding. It will be a part of my life, in some form, forever, and I thank them for that.”