Horse shows are often all-consuming with limited options for dining, entertainment, and shopping. The Washington International Horse Show (WIHS), presented by MARS EQUESTRIAN™, is special as it’s positioned in the middle of Washington, D.C., one of North America’s most dynamic and bustling cities. The location provides athletes, horse sport fans, and visiting spectators the opportunity to immerse themselves in the local scene.

For seven days in October, Capital One Arena on F Street NW trades in hockey sticks for boots and breeches and welcomes top show jumpers from throughout the U.S. and the world to celebrate year-end championships. Those events include the coveted Lindsay Maxwell Charitable Fund WIHS Equitation Finals and the $136,300 Longines FEI Jumping World Cup™ Washington, presented by Events DC for the President's Cup. While in-ring action is non-stop, there’s plenty to see and do just steps from the show. 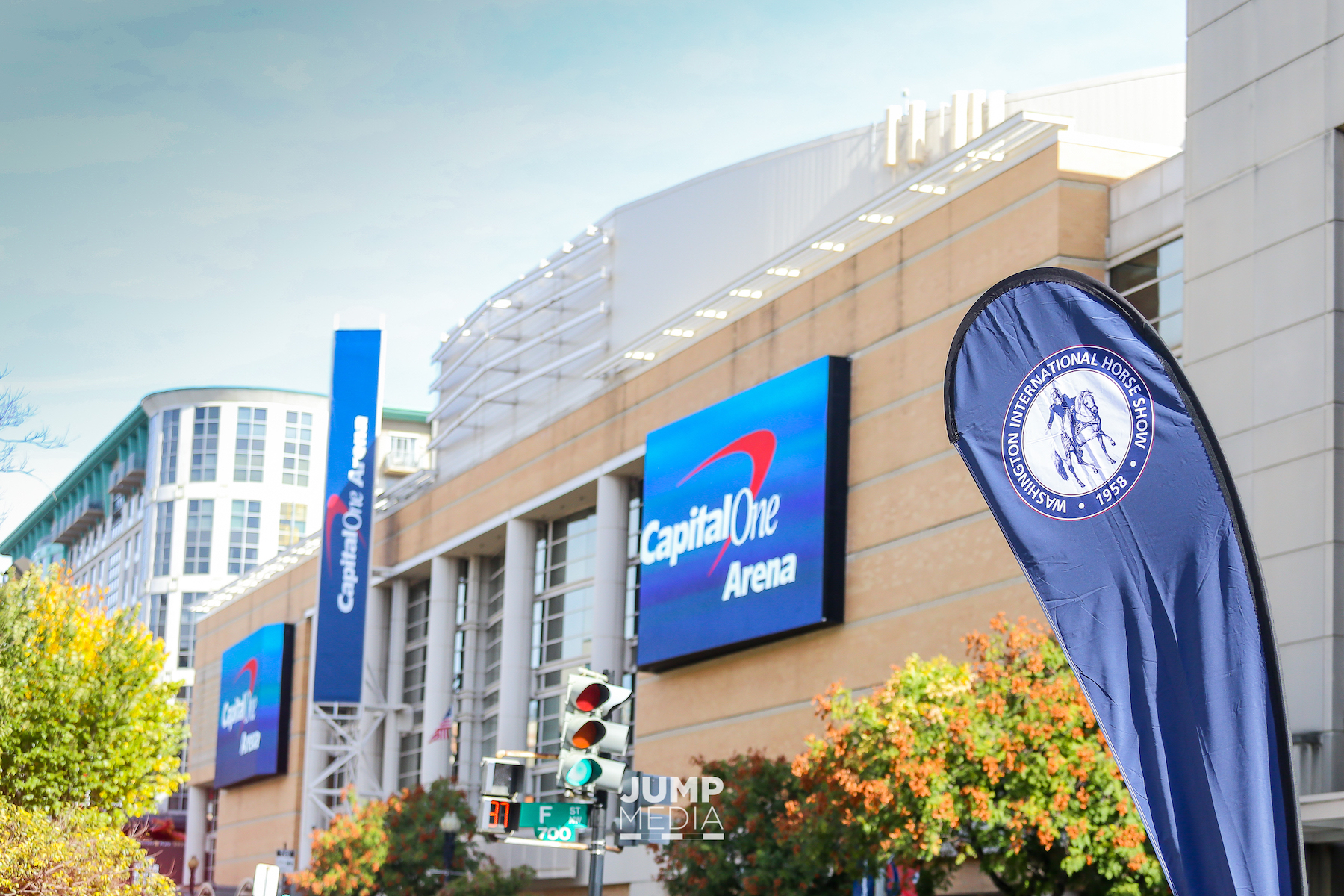 Directly adjacent to Capital One Arena lies a vibrant convention, sports, and entertainment district, reaching from Gallery Place/Chinatown into the Shaw neighborhood. We combed the local neighborhoods for what to eat, where to shop, and how to play during WIHS.

Here are five ways to “D.C. Like A Local” during this year’s Washington International Horse Show:

To find the best visitor’s hideaway just strides from WIHS, we went straight to the source. Events DC, the face of conventions, sports, entertainment, and cultural events in the nation’s capital, considers CityCenter DC a must. 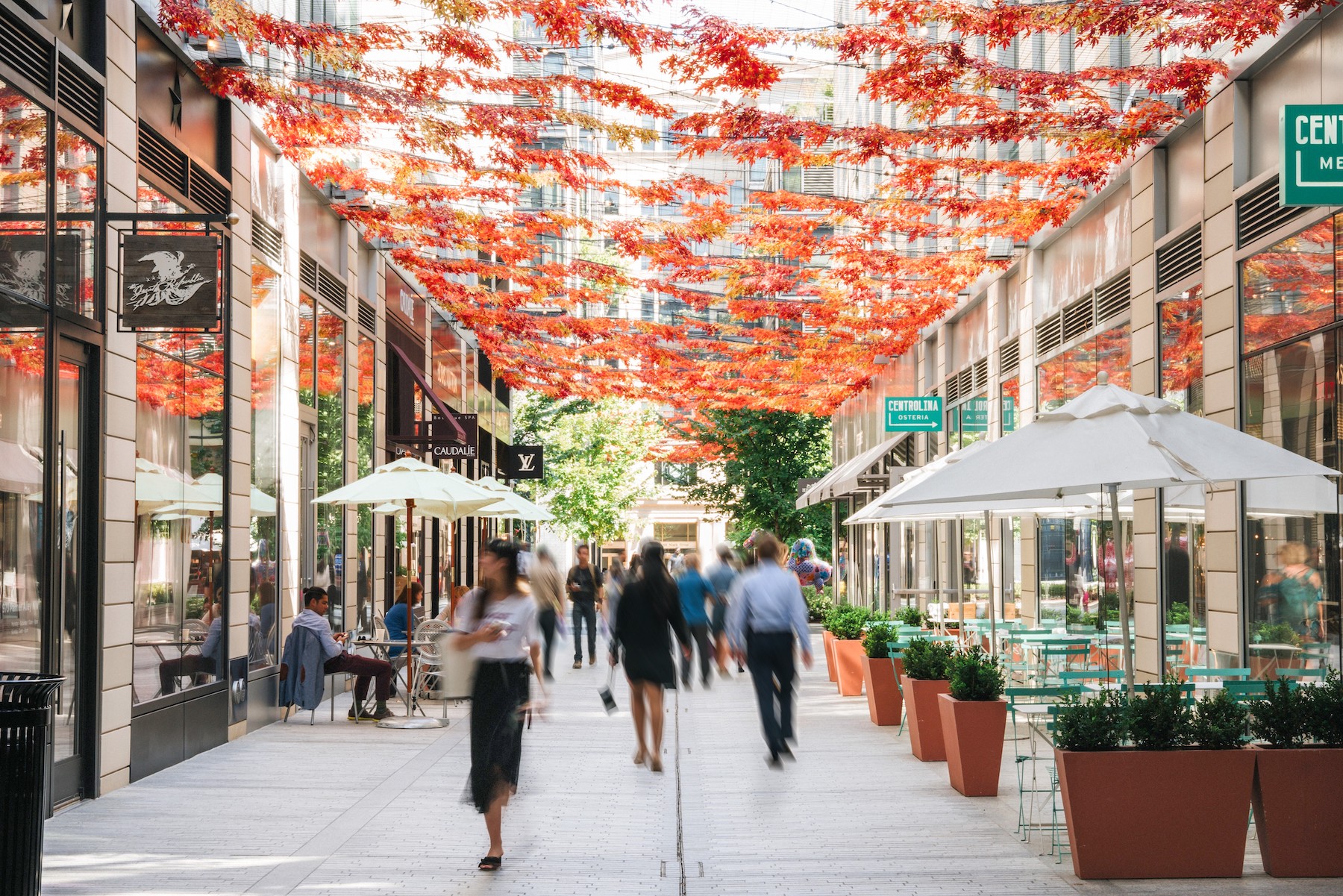 CityCenter DC is a unique, pedestrian-friendly, 10-acre, mixed-use development. The project is home to a 360-room hotel, a 1,550-space parking garage, a public park, a central plaza, and pedestrian-oriented streets and alleyways with restaurants, shops, and special events.

Additionally, the newly opened Apple Carnegie Library is Apple’s most extensive historic restoration project to date, and is sited three blocks from Capital One Arena. Originally funded by Andrew Carnegie and opened in 1903, the library is once again a center for learning, discovery, and creativity for the community, keeping with Carnegie’s vision of a public and free space for all.

No neighborhood in DC has opened more new restaurants in recent years than Shaw. It has seen a renaissance with a rush of innovative culinary concepts, local pop-ups purveying coffee and produce, and creative boutiques. The dining scene has made it a must-visit for locals and visitors alike. 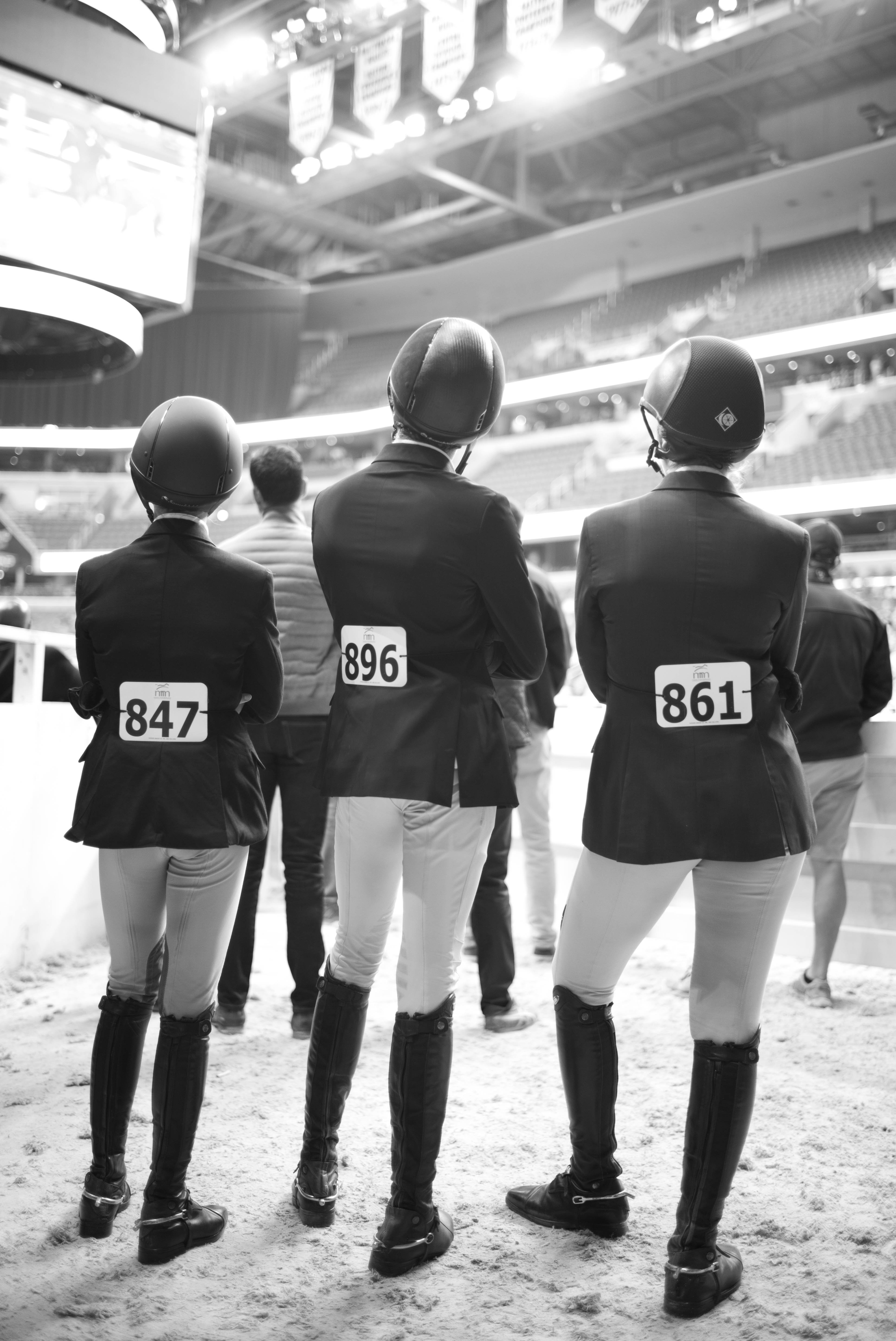 Riders taking in Capital One Arena.
Photo by Vivian Peckham

Restaurants like The Dabney, a salute to Mid-Atlantic food obsessively sourced by chef Jeremiah Langhorne, have caught the eye of discerning diners and Michelin inspectors alike. Chef Cedric Maupillier’s homage to American cuisine, Convivial, is also attracting diners who want to linger over one of the city’s most famous dishes, the fried chicken coq au vin. The Tuscan region of Italy receives a heartfelt tribute from executive chef and owner Massimo Fabbri at San Lorenzo, a 2018 neighborhood newcomer. A carefully curated line-up of wines and cocktails means a perfect pairing is in your future. 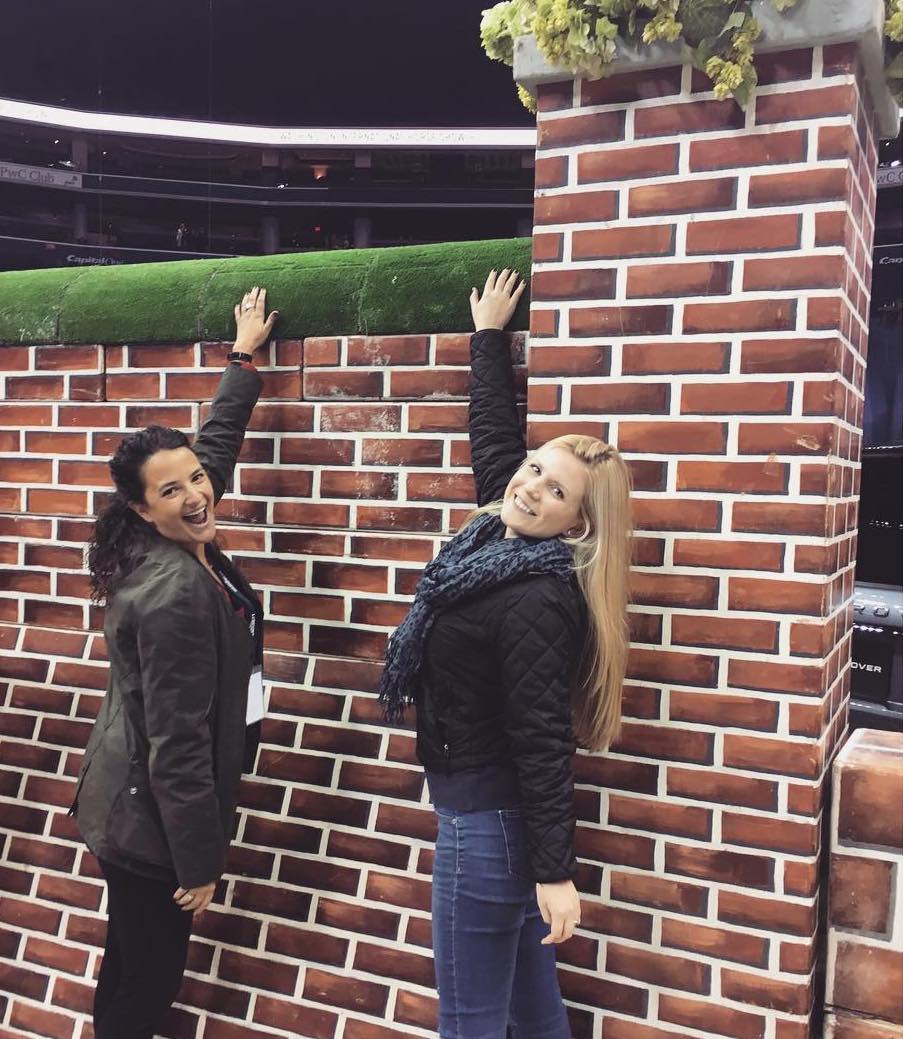 Rachel Johnson is a rider and horse-sport enthusiast who has been volunteering at WIHS for more than five years. WIHS volunteers lead the charge from a supportive community and help contribute to the success of the 61-year-old event. Johnson lives in D.C. and works in marketing for a local organization, AdvaMed. Here are her picks for a night out in D.C.:

Erin Gill is another familiar face at WIHS. In 2019, she was selected as Youth Ambassador and will lead this year’s junior committee in many efforts to support the event through community outreach and on-site logistics. Her top choices for a quick bite include:

Once you’ve exhausted the shopping available on the concourse of Capital One Arena and CityCenter DC during WIHS, venture further into the city for even more. Rachel has one option that she always turns to. 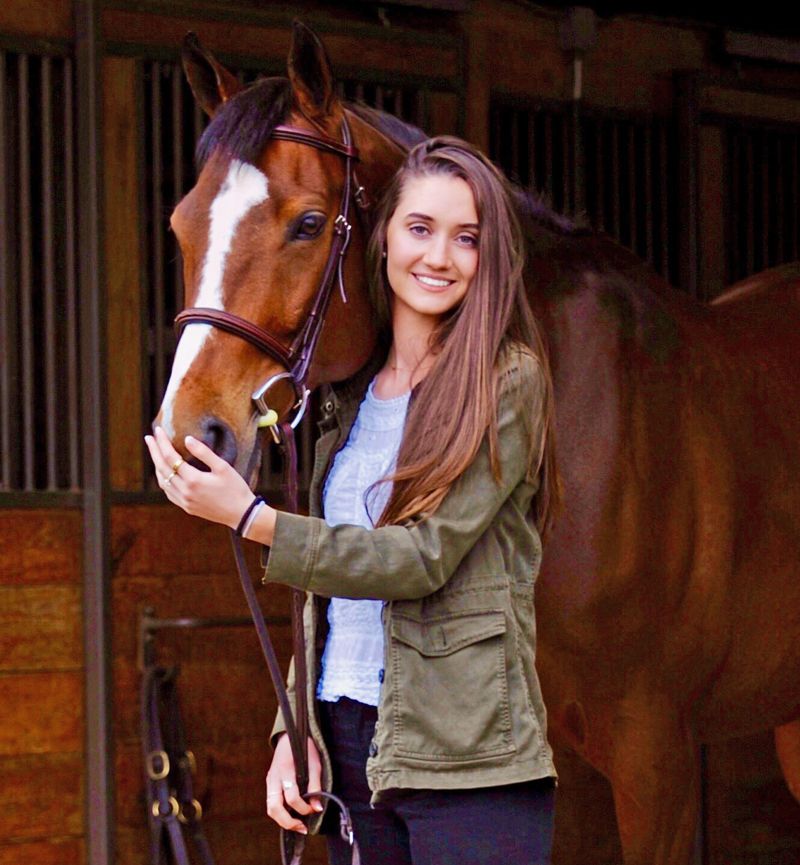 The seamless partnership between WIHS and the city it calls home has developed over the last six decades, creating a horse show environment like no other. Farmers & Distillers is one local spot that supports the show and the hungry horse-show goers who fill Capital One Arena. Official sponsor of the Stabling Office, Farmers & Distillers makes daily deliveries of free, homemade donuts each morning. Get there early, they go fast! In addition, Farmers & Distillers is embracing horse show culture with a nod to giving back to the industry. A portion of the proceeds from all WIHS patrons at Farmers & Distillers during the competition will be donated to aid in rehabilitation care for show jumper Kevin Babington.

Erin also has a tip for the adventure seeker (or someone looking to work off those donuts). For a quick way to see D.C., do it on a Segway or bike tour! If you’ve never been to WIHS before, she recommends you see as much of the city as you can.

Finally, if you need a dog-friendly walk, Rachel recommends the National Arboretum as a local-favorite DC gem. It’s a nature escape tucked into the middle of the city.