Behind the Photo: Telling Your Story as a Rider 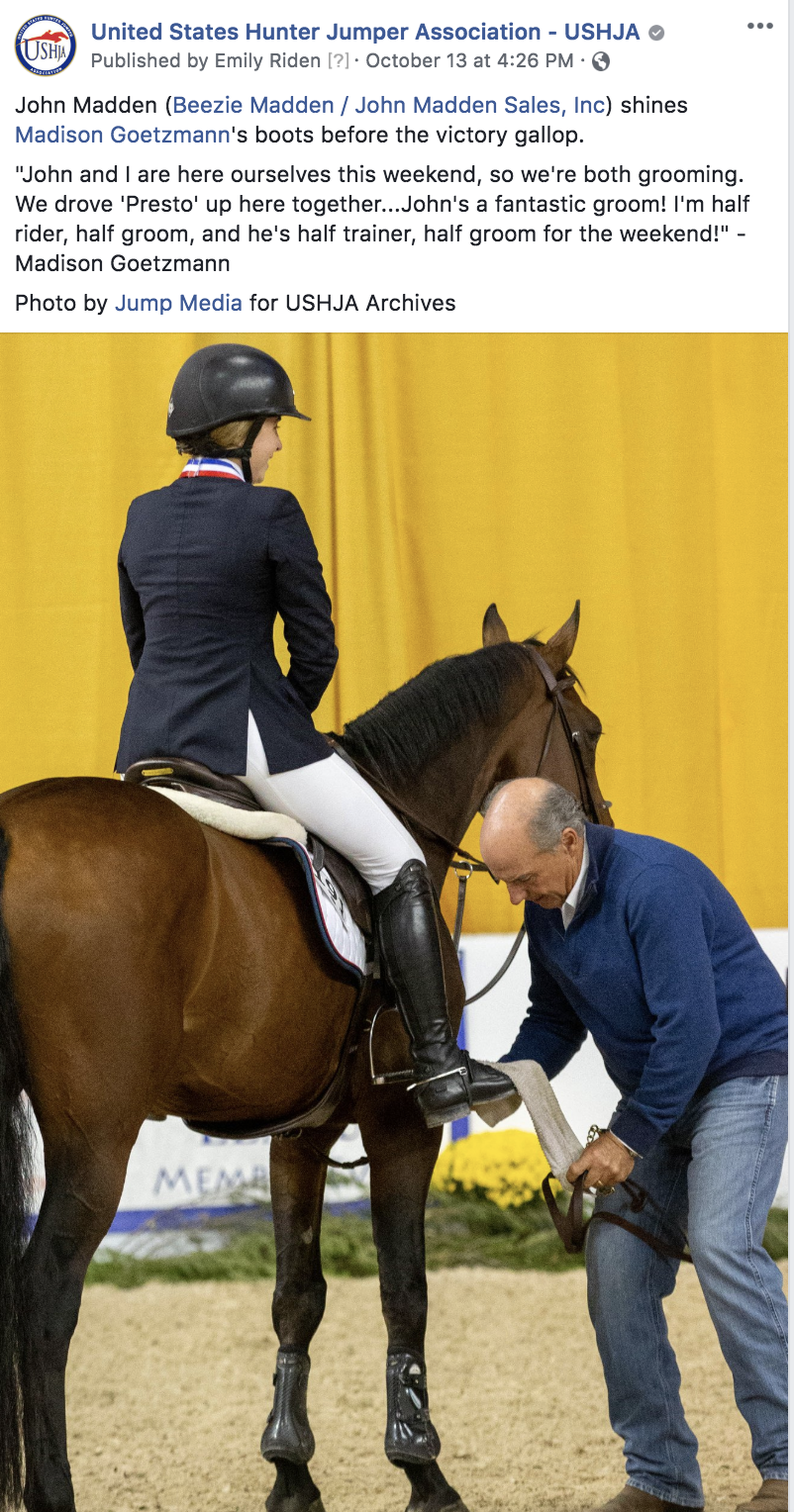 I posted the photo in an album on the United States Hunter Jumper Association (USHJA) Facebook page, and it quickly gained traction.

It’s obvious why; it’s not every day you see a trainer of Madden’s stature stepping in as the groom or shining a student’s boots for them! However, beyond that, there are more valuable public relations lessons behind the photo.

Anyone spectating in Harrisburg, PA, might have assumed that Madden had just filled the groom position for the moment of the awards presentation, and I might have too, if it weren’t for a smart, media-savvy move on Goetzmann’s part two days prior.

As it turns out, Goetzmann had talked to my Jump Media coworker, Lindsay Brock, at the American Gold Cup in September on the topic of media training for riders. Brock had brought up the importance of telling your story as a rider – bringing up tidbits that you think others may find interesting or offering a glimpse into the behind-the-scenes action that happens outside of just the clear round or the 92-scoring hunter trip. 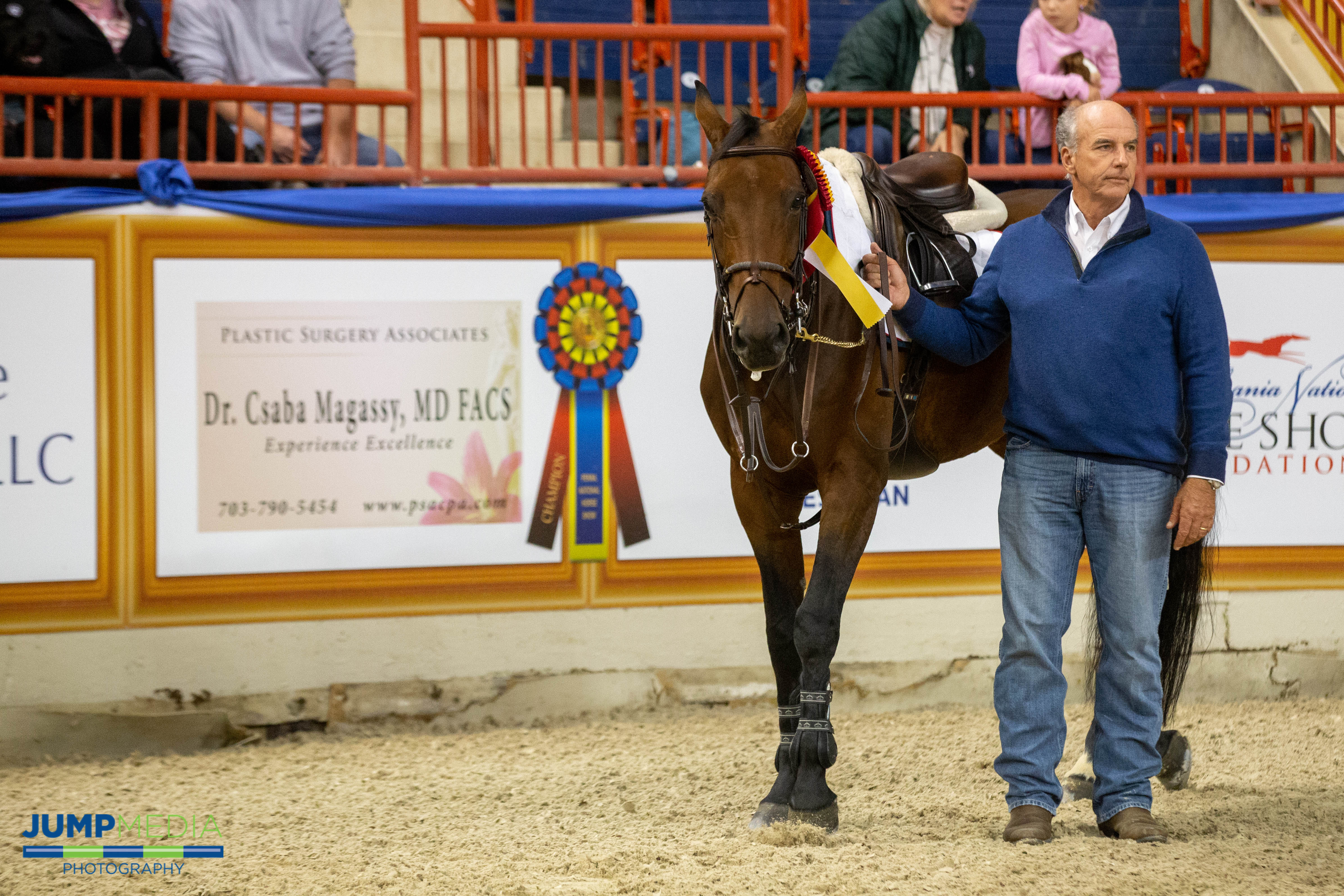 So, when it came time to interview Goetzmann after her win in Thursday’s phase I competition for the Junior Jumper Championships, she completed the interview but then doubled back with a “wait, there’s something else that might be interesting.”

“John and I are here alone ourselves this week, so we’re both grooming. We drove Presto up here this morning together, so we’ve been up since 3:30 in the morning. We decided we would do some team bonding this week. It’s fun; John’s a fantastic groom. I'm half rider, half groom, and he's half trainer, half groom for the weekend.”

It’s something I wouldn’t have known to ask her about and something that didn’t take her more than 20 seconds to share, but it gave more depth and human interest to her story and created great publicity for both she and Madden on social media.

So, the public relations takeaways for riders?

Kudos to both Goetzmann and Madden on setting a great example in and out of the show ring!