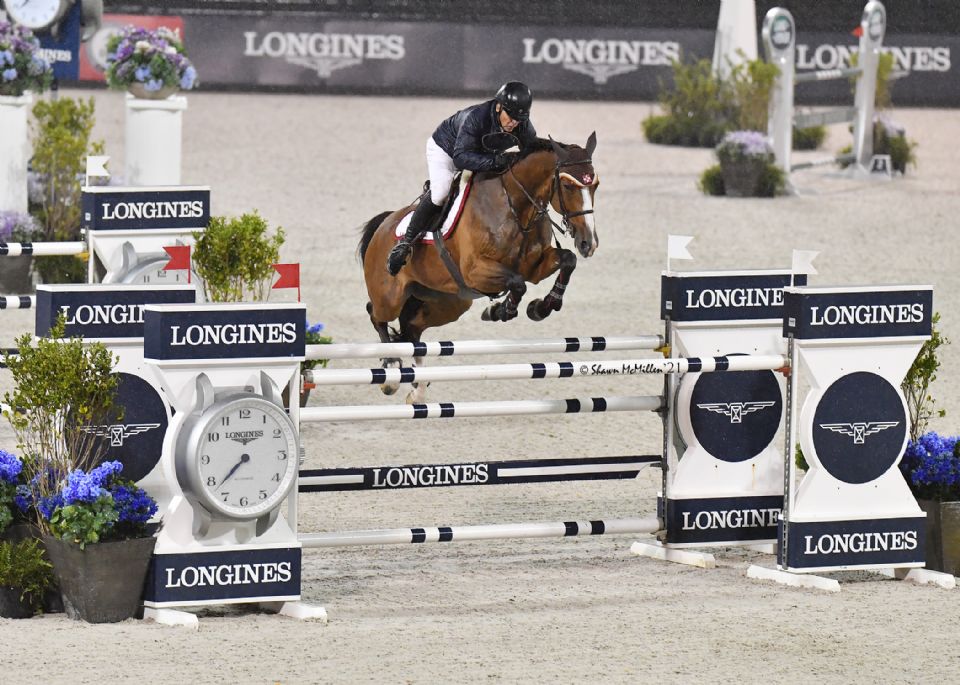 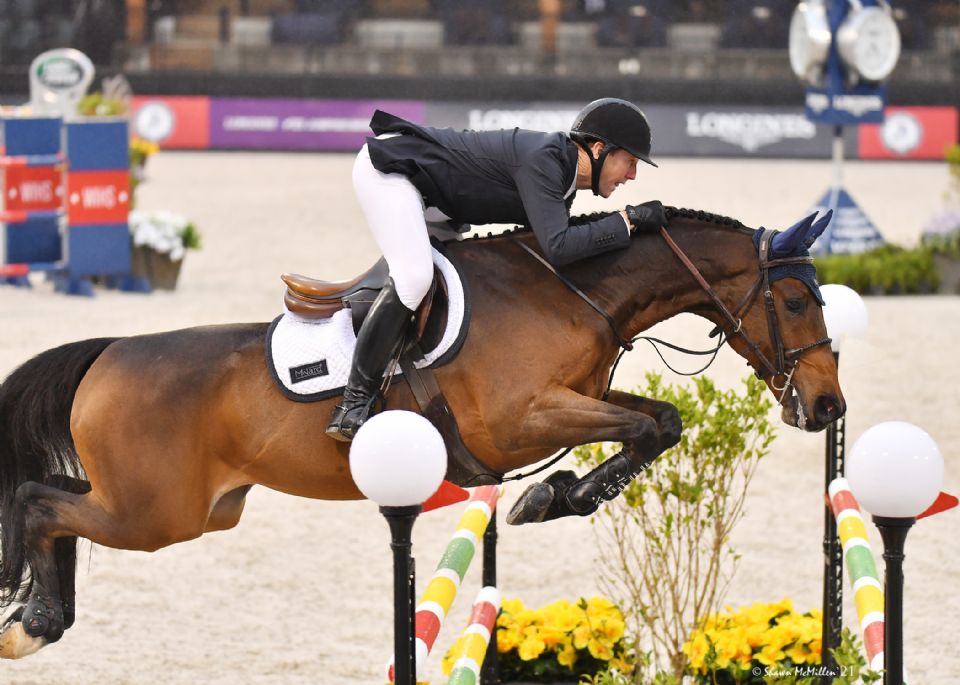 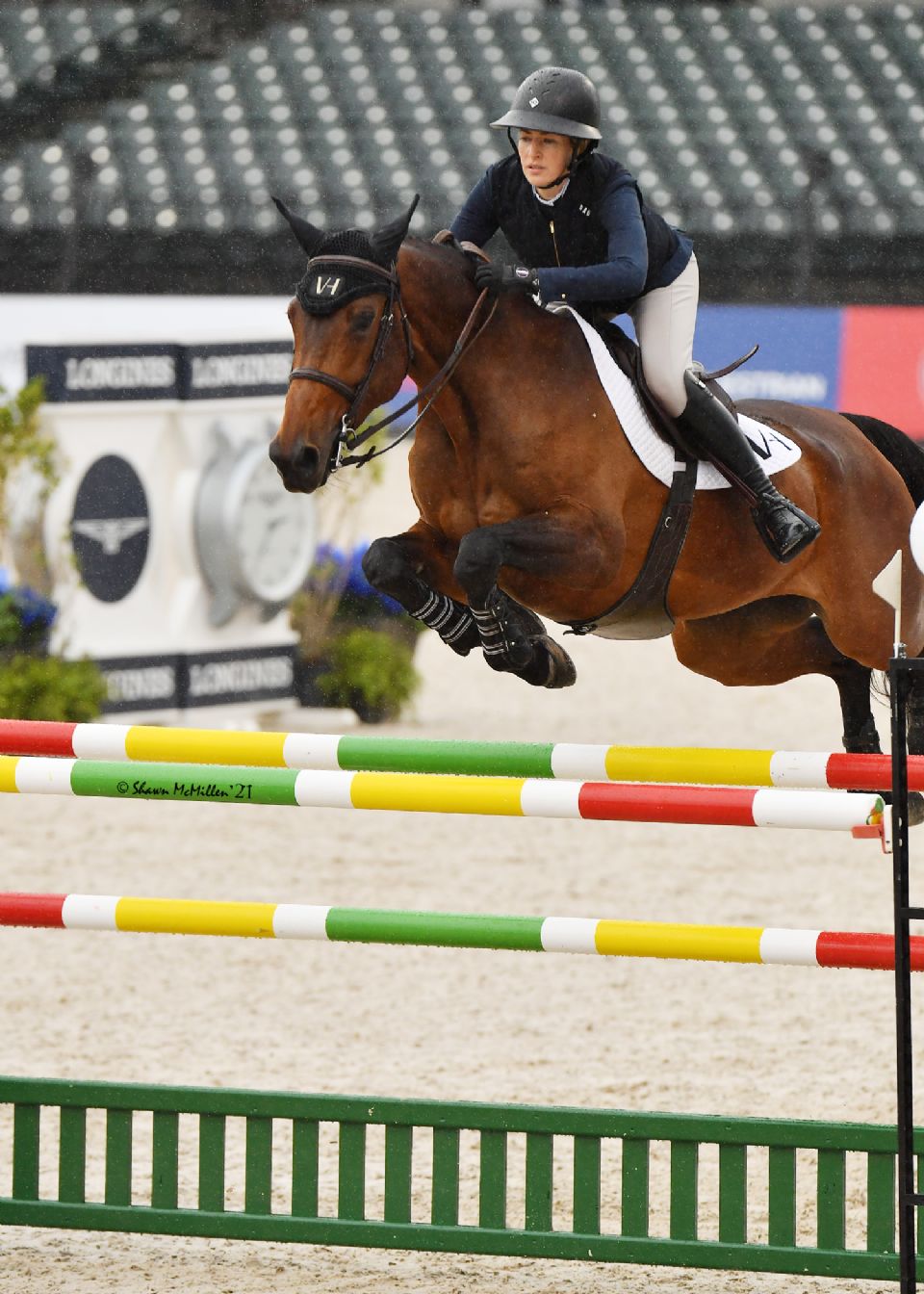 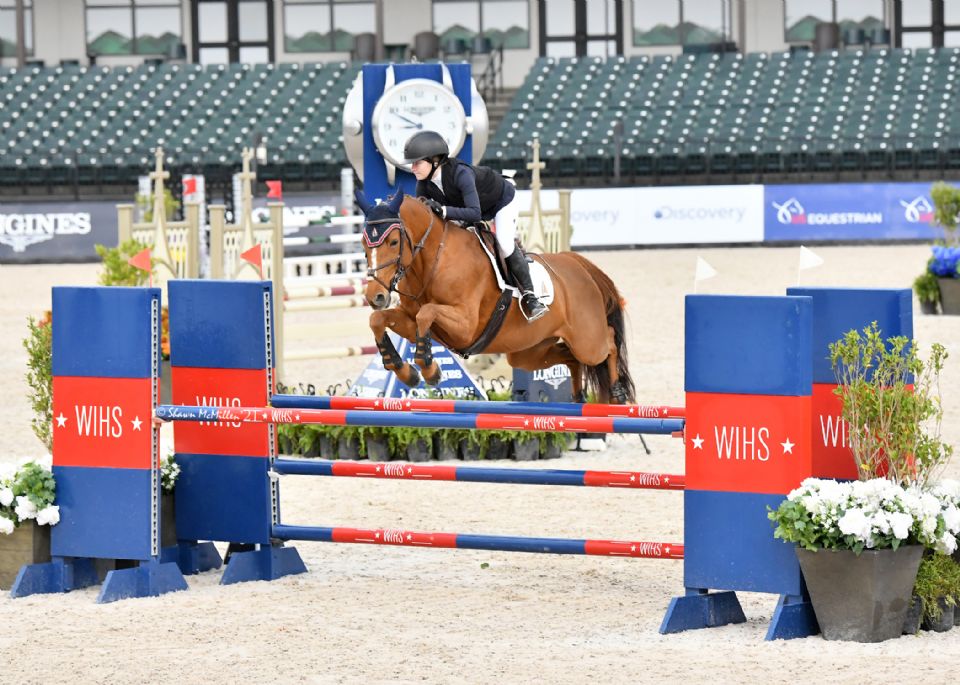 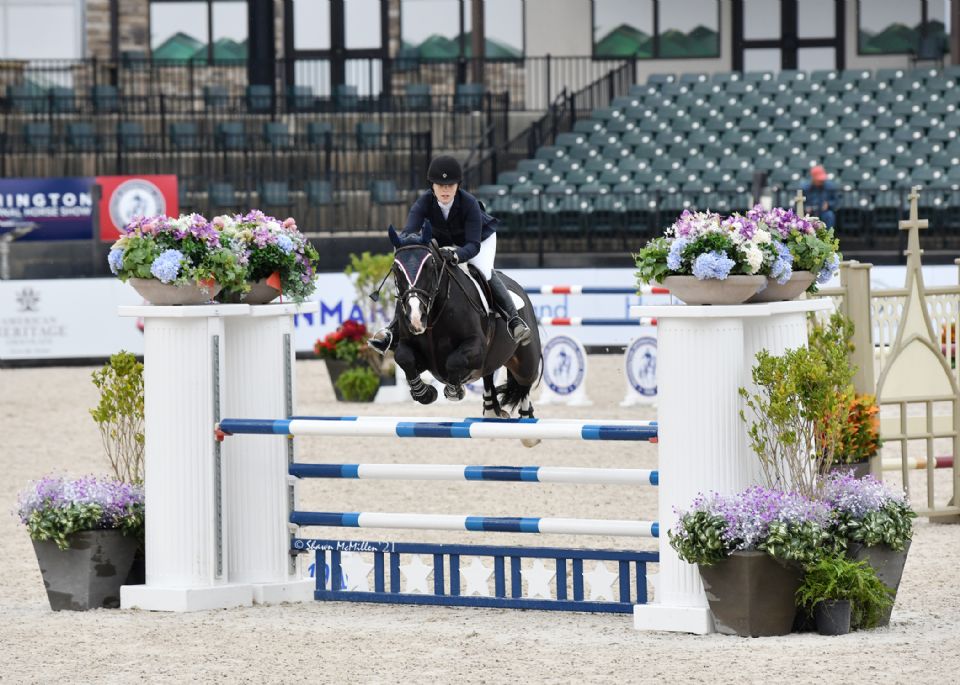 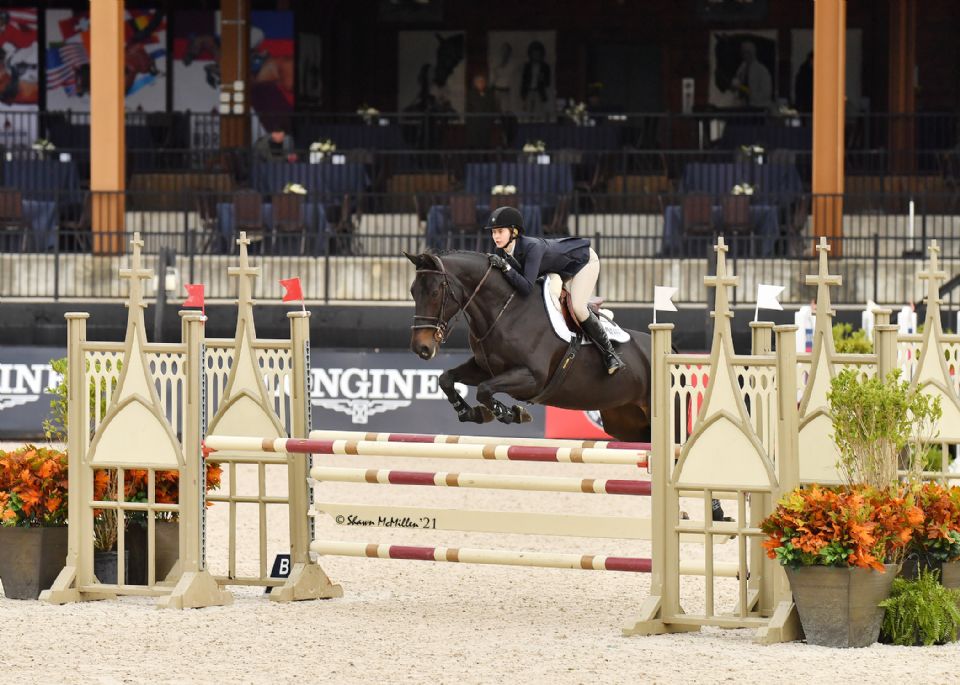 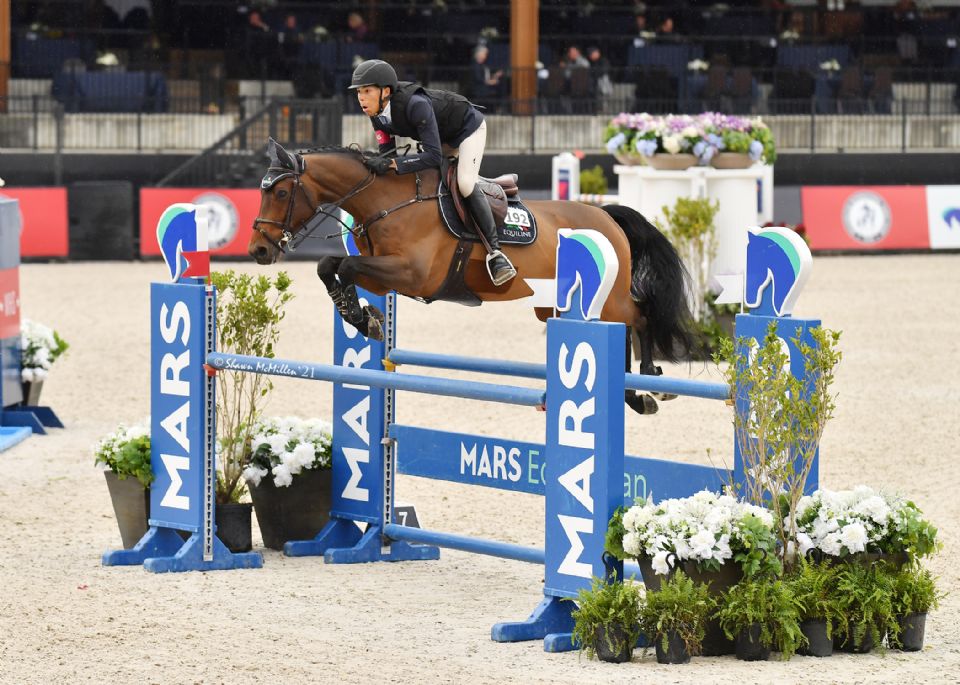 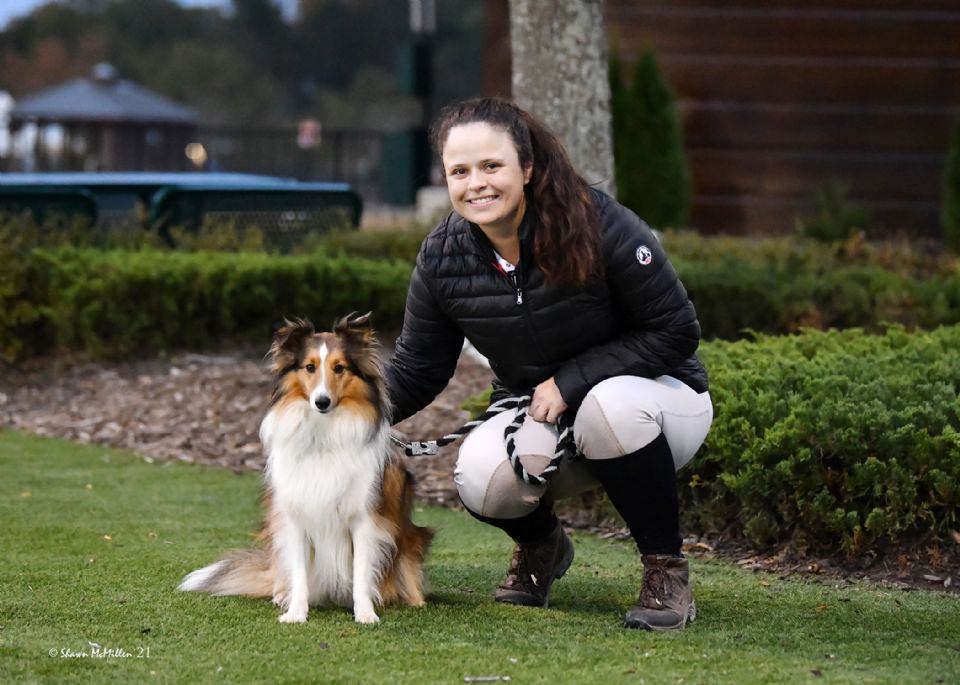 Photo of the day
Photo by Shawn McMillen Photography

The 2021 Washington International Horse Show continued on Thursday, October 28, with the start of jumper competition along with junior hunters. Taking the wins in the opening international jumper classes were McLain Ward (USA) on Catoki in the $36,600 International Jumper Accumulator class, and Todd Minikus (USA) on Amex Z in the $72,900 Welcome Stake.

Todd Minikus, last year’s winner of the WIHS President’s Cup Grand Prix presented by MARS Equestrian™, returned to WIHS with a vengeance but under slightly different circumstances. This year, he entered Tryon Stadium with Amex Z for the $72,900 Welcome Stake having had nearly a month off due to an injury.

“I had a horse rear and fall on me, and I haven’t ridden in almost four weeks,” shared Minikus, of Lake Worth, Florida. “The day before yesterday was the first time I’ve ridden [since the injury]. The horse came completely over on top of me and smashed my pelvis but I’m very fortunate nothing broke.

“I have to take my hat off to Brooke Rainey and Danny Balzani who take care of Amex Z and Jonathan Williams and Riley Delbecq who rode her the past month while I limped around,” he continued. “They did an awesome job of having her ready for me to ride.”

Minikus, who is known for going for broke in the jump off, did just that. In the end, Minikus and the 12-year-old Zangersheide mare by Andiamo Z owned by Bit by Bit Group bested a field of 41 horse and rider combinations. The first round produced 17 clear efforts, but with three riders electing to withdraw, 14 returned for the jump off. Minikus and Amex Z crossed the timers in lightning speed in 29.68 seconds.

“Well, usually my plan is always to go for it in the jump off,” laughed Minikus, who noted that once he felt good in the schooling ring and could tell Amex Z was ready, he knew he could step on the gas.

As he sped around the short course, he felt his horse was right on the money. “Amex Z really jumped awesome, and in the jump off she got down the six [stride line] so easy,” he explained. “I could tell when I turned, I was inside of everyone’s footprints going to the combination. I waited, waited, waited until the last minute to say ‘whoa’ in front of the combination and she really settled to jump A [of the combination] and I thought, ‘Golly, she’s on the game.’”

Though Minikus says he is still concerned about how he will feel tomorrow, he’s looking ahead to Saturday’s grand prix. “She’ll have tomorrow off, and we’ll go back at it on Saturday,” he said. “I’m not scratching.”

For their win, Minikus was awarded The Ben O'Meara Memorial Challenge Trophy.

Ward and Catoki Speedy Once Again

“I only get on Catoki a couple [of trips] out because he’s so aggressive, so in the pouring rain it’s a perk [not having to get on him any earlier],” said Ward.

Ward said he had been reflecting on the accumulator format earlier. “I was just commenting, particularly in indoors, we used to have a real speed division and an accumulator was a little bit of an egg and spoon class. It was smaller, typically,” he shared. “It’s interesting that [the fence height] is now 1.45m from the second jump on. It’s a different type of competition but it’s fine, that’s how the sport is evolving and it’s nice to have a good, competitive speed horse to do these classes.”

Though WIHS has not yet returned to its hometown of Washington, D.C., Ward is glad that the show has continued on. “I think the WIHS organizing committee should be commended for running the show the last two years,” he commented. “Obviously, most of the other indoor events in the COVID period has been canceled or postponed. The WIHS organizers made huge efforts to make these events happen, albeit in a little bit of a different setting. I know there is a lot of work being done trying to see where the future location of the event will be. I know they want to try to stay in the Washington area and I hope that they can find a great location because it’s a great event.”

Catoki is currently entered in the $50,000 Speed Final as well as the $25,000 Land Rover Puissance, both taking place Friday evening, but Ward says the jury is still out on whether they’ll take on the high jump competition. “He actually won a six bar class once with another rider in Poland, so we’ll see,” he said.

Puissance or not, Ward and Catoki are a speedy combination and will be a pair to watch tomorrow night. “He’s either the winner or has the fastest time with an unlucky rail down at the end when we try to go too fast, but he certainly wins his fair share,” concluded Ward.

As the winning rider, Ward took home the Crown Royal Trophy, and the pair were awarded The Sue Ann Geisler Memorial Trophy donated by the Washington International Horse Show for their win.

Second place with 65 points and a time of 49.49 seconds went to Molly Ashe-Cawley (USA) and the 10-year-old Zangersheide gelding Berdien by Bustique owned by Louisburg Farm. Third place went to Sydney Shulman (ISR) also with 65 points in a time of 49.87 seconds and the 11-year-old Selle Francais mare A Toi de Prim’ by Conterno Grande owned by Maggie Hill.

Taylor Landstrom, 14, of Excelsior, MN, with her own Colina SN were victorious in the $2,500 WIHS Children’s Jumper Welcome. “I’m really excited. I think today was a great set up. I know I can trust my horse tomorrow [in the Championship], so I’m looking forward to it.”

Alyson Gurney of Washington, D.C. and her own Black Friday took the win in the $2,500 WIHS Adult Jumper Welcome. “I’ve been riding Black Friday for about six years now. I’m looking forward to tomorrow’s championship. She’s been so good and really loves her job. I’m from Washington, D.C., so coming here [for WIHS] is kind of fun to get away and do something different.”

Britta Stoeckel of Chicago, IL, and EHS, LLC’s Jimy won the $2,500 Low Junior/Amateur-Owner Jumper Time First Round class. “The course started us off with a bang, with a couple of tough inside turns. I think it just set up the competition for the rest of the weekend. It’s a big show; I’m just happy to be here.”

Alexander Alston dominated the $2,500 Medium Junior/Amateur-Owner Jumper Time First Round class, taking first place with Alston Alliance, LLC’s Don Corleone and second with Prestigious, also owned by Alston Alliance, LLC. “I’m very happy with the way Don Corleone and Prestigious went today, and I’m looking forward to the rest of the week. The course was very nice, but it had an element that I normally mess up. I typically turn in too soon, but I managed to stay out of trouble and keep it together.”

Vanessa Hood of Wellington, FL, and Take Two LLC’s Lou Lou VLS won the $2,500 High Junior/Amateur-Owner Jumper Time First Round class. “Lou Lou VLS is such a winner; I can always rely on her. WIHS is such a special show. I grew up in California, and I made the trip [to WIHS] every year as a pony rider and junior, so it’s always special to win at Washington."

Juliette Propp and Naomi won the Delta Trip of the Day.