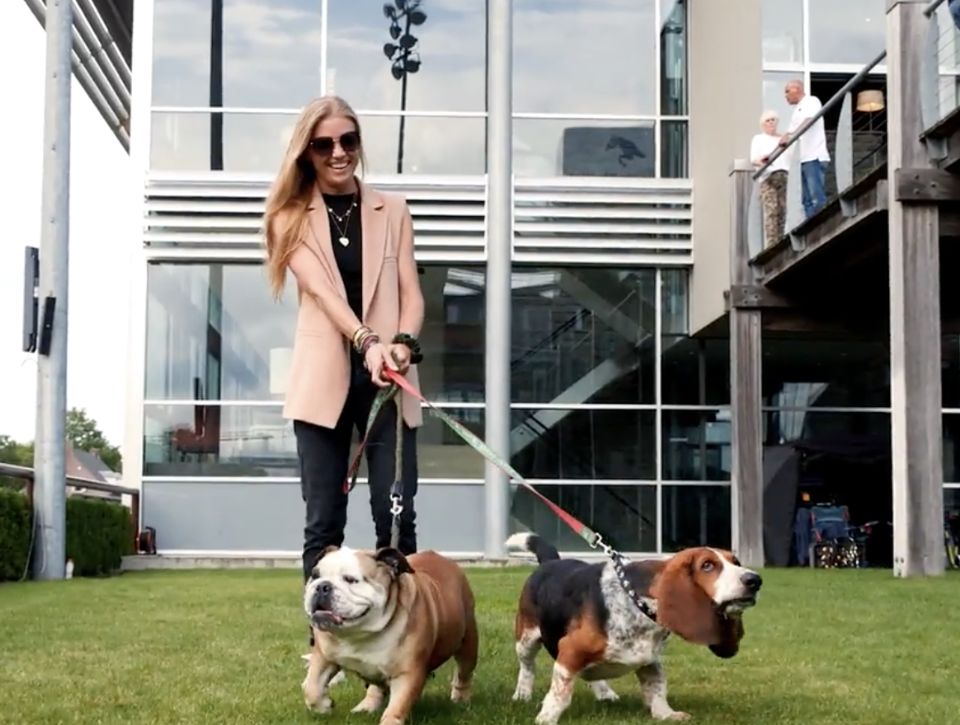 Julia Lynch, wife of New York Empire team member, Denis Lynch, adopted her dogs, Faith and Bertie, from Great Bulls of China. Watch the interview with Julia at the button below.
Photo and video by Longines Global Champions Tour

Earlier this year, Bloomberg, an avid animal activist, was approached by Julia Lynch, Australian Olympic show jumping athlete and wife of New York Empire teammate and Irish show jumper Denis Lynch, about the organization. Julia Lynch, a longtime supporter of Great Bulls of China, has adopted two dogs from the organization, and she saw first-hand the time and money that it takes to rescue from China, specifically. Relocating one dog from China to the United Kingdom costs $5,500, so saving these canines is a costly and time-intensive endeavor, and support from generous donors, volunteers, and fosters is a critical component to the rescue process.

Watch the Interview with Julia Lynch

“I am very passionate about Great Bulls of China’s mission to rescue dogs from the meat trade in China as well as other dogs in need throughout Europe,” said Julia Lynch. “Knowing Georgina shares in my passion for animal rescue, I thought we could partner together to support this volunteer-based organization that is making great strides to remove dogs from horrific situations.”

“After learning about Great Bulls of China from Julia, I was determined to find a way to support the organization,” stated Bloomberg. “I commend the work being done by Great Bulls of China, and I’m thrilled that New York Empire will be able to donate a portion of its winnings. It’s my hope that by raising awareness of China’s meat trade and animal neglect more broadly, we’ll be able to put an end to the suffering of animals globally.”

“Our small non-profit organization helps dogs that have been rescued from the meat trade in China,” said Andrea Beech, fundraising coordinator, Great Bulls of China. “Once they have been rescued, we cover all of their veterinary and boarding fees in China until they are ready to fly to the UK. We rely solely on donations to fund all costs and our work would simply not be possible without this support and exposure that New York Empire is providing to us.”

For more information about Great Bulls of China, including how to donate, foster, or adopt a dog, please visit http://greatbullsofchina.co.uk or email greatbullsofchina@gmail.com.