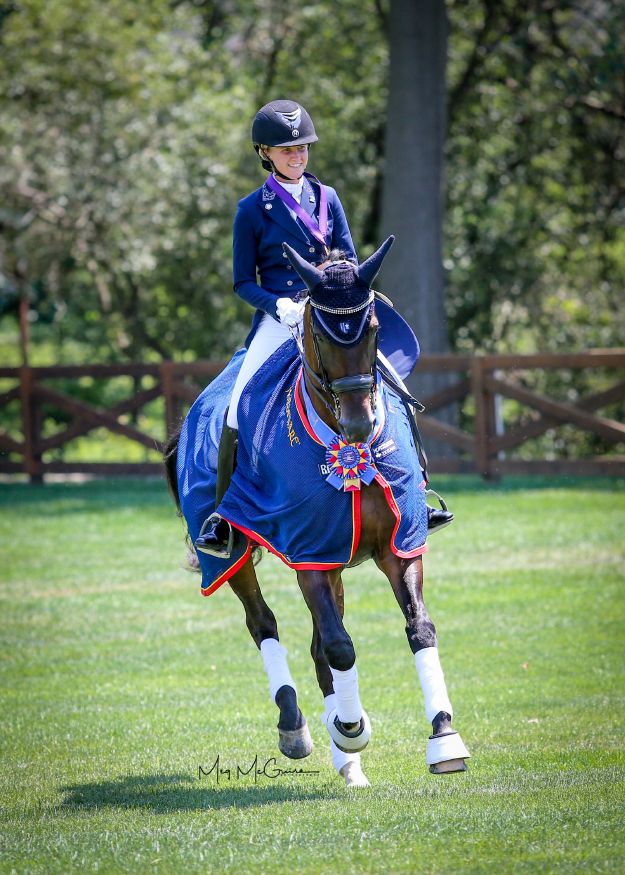 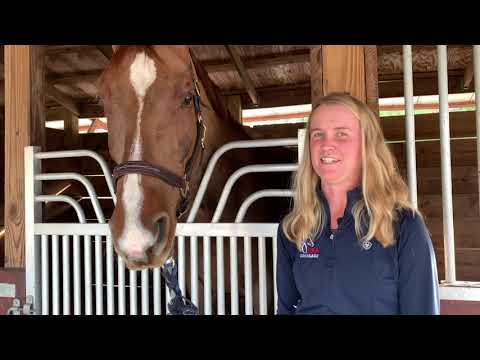 Each year, the USET awards the Lionel Guerrand-Hermès Trophy to a Junior/Young Rider in an Olympic discipline who exemplifies the Team’s ideals of sportsmanship and horsemanship. Irons, an active member of the Discover Dressage USEF/USDF Emerging Athlete Program and the FEI Young Rider Individual Test champion at the 2020 U.S. Dressage Festival of Champions, now joins a very elite group of riders that have gone on to achieve great success on an international stage on behalf of the U.S.

“To be selected this year as the recipient of this prestigious award is very humbling,” stated Irons. “Being recognized and added to this list of elite equestrians exemplifies the network of support that is available to up-and-coming equestrians in the United States. It’s great to see all of the Youth programs growing year over year.

“In the horse world, and in life in general, not everything always goes as planned,” continued Irons. “This award demonstrates that if you keep up the good work it’s really rewarding to see that it pays off.”

Irons has been described as someone who leads by example and who embodies the result of hard work, determination, and grit. Early in her career when many of her peers were competing at the international level on horses, Irons was happy to compete in the FEI Pony division on a donated horse and even trained her own homebred Paint pony all the way to Grand Prix level. For the past three years, Irons has been partnered with Scola Bella, a 12-year-old Hanoverian mare that was donated to Lendon Gray’s Dressage4Kids program by Deb Mullaney. The pair has their sights set on qualifying again for the 2021 FEI North American Youth Championships and making the USEF 2021 Dressage European Young Rider Tour with a longer-term goal of competing in the Under 25 division in 2022.

Irons stressed that her passion extends beyond riding as she is dedicated to growing as an all-around horseman with the hope of managing her own barn one day.

“Throughout my career, it’s my goal to inspire the next generation of equestrians the way that the prior award recipients have inspired me,” she said. “We should always strive to be role models and to set high standards of sportsmanship and horsemanship. It’s not all about competing; it’s about making connections and helping each other along the way. I think the equestrian community is quite strong, especially after 2020. To see US Equestrian and the USET Foundation come together and make things happen the best they can is really exciting.”