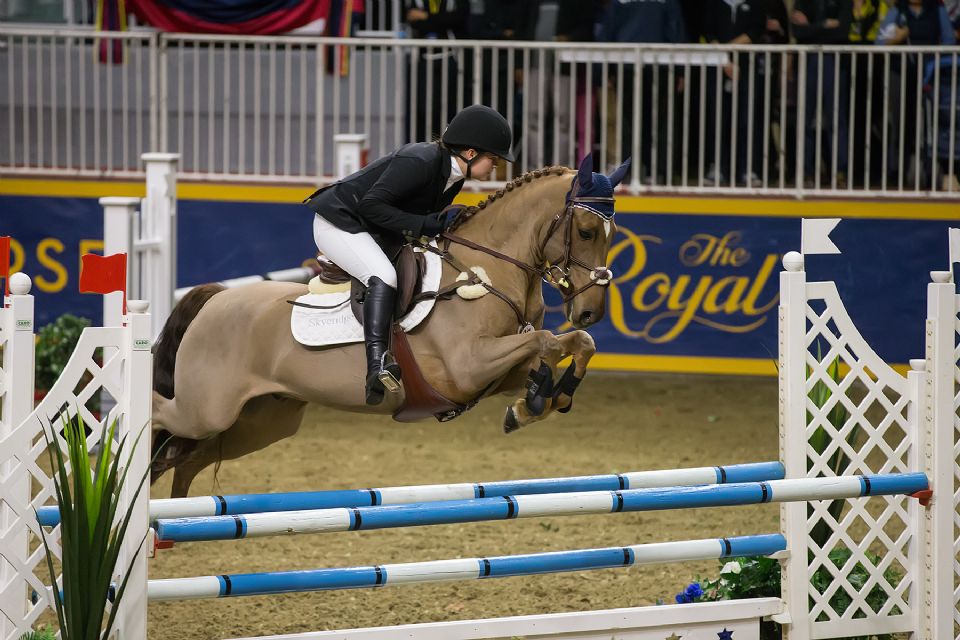 In front of a hometown crowd, Toronto’s Laura Robertson rode the aptly-named Royal to victory in the $5,000 Royal Pony Jumper Final on Sunday, November 15, at the Royal Horse Show®.
Photo by Ben Radvanyi Photography 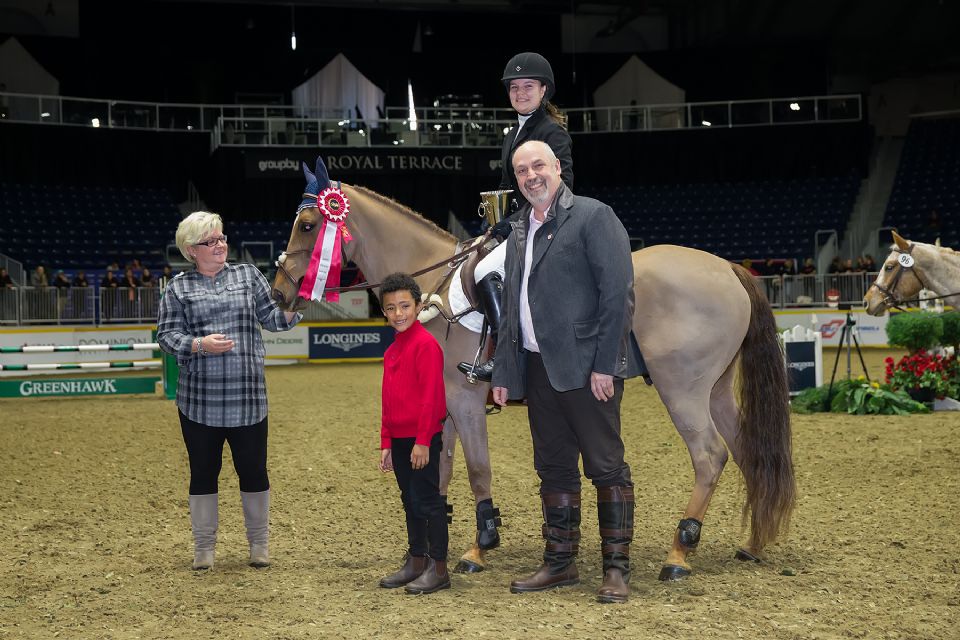 Laura Robertson aboard Royal is joined by presenting sponsors Marion Cunningham and William Tilford of Marbill Hill Farm after winning the $5,000 Royal Pony Jumper Final on the final day of the Royal Horse Show®.
Photo by Ben Radvanyi Photography 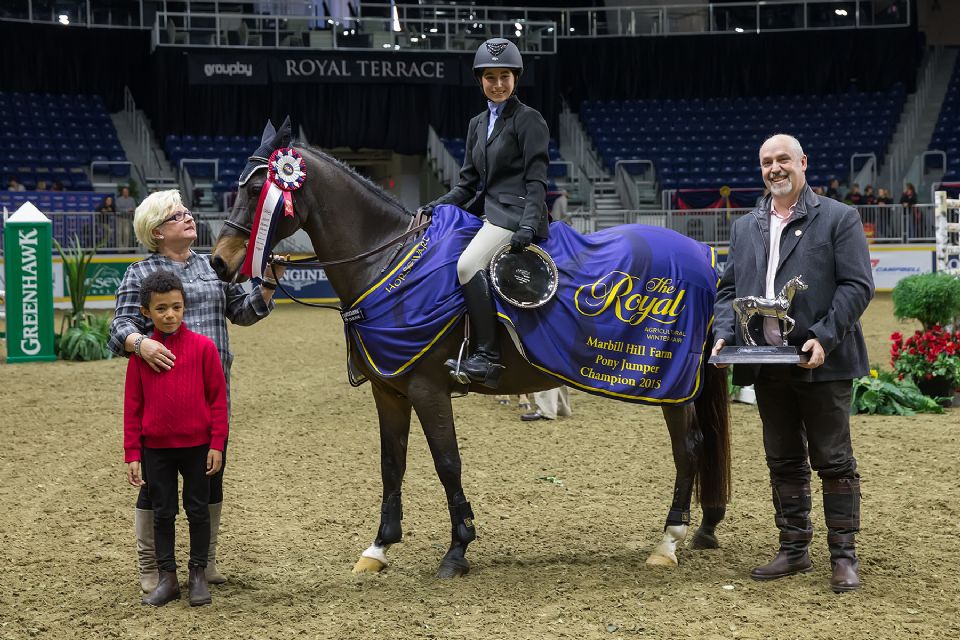 Laura Robertson of Toronto, ON, topped the $5,000 Royal Pony Jumper Final, presented by William Tilford and Marion Cunningham of Marbill Hill Farm, on Sunday, November 15, at the Royal Horse Show®. The competition officially closed out The 93rd Royal Agricultural Winter Fair in downtown Toronto, ON.

In a fairy tale ending to the Royal Horse Show, Robertson and a chestnut pony called Royal took top call in the featured class for pony jumpers. Pony-size speed was showcased as Royal, owned by Charlotte Millar, carried Robertson to victory over 14 entries. They were the fastest of three double-clear efforts in the jump-off, breaking the timer beam in a blistering 27.36 seconds.

Melinda Dupont of Mount Albert, ON, and her own Snapchat were clean over the original track to advance to the tie-breaker, but suffered elimination in the jump-off to settle in fourth. Jumping to the fastest four-fault effort in the opening round, Grace Munro of Wolfville, NS, rounded out the top five in the irons of her own Ever So Clever.

On Saturday, Kilby Brunner Deforest topped the $2,500 Royal Pony Jumper Welcome, the first class of the division. Her partner was Barkway Topaz, an English-bred Welsh pony owned by her mother, Kirsten Brunner. Barkway Topaz did double duty at the Royal Horse Show®, also showing in driving competition with his owner.

The Royal Pony Jumper Division celebrated its third year calling The Royal Agricultural Winter Fair home, and welcomed riders from four provinces – Ontario, Quebec, Nova Scotia and Prince Edward Island – to the Ricoh Coliseum. The division’s two classes were generously presented by William Tilford and Marion Cunningham, who were in attendance on Sunday to congratulate the riders on their accomplishments.

“Pony jumpers are the first step in developing riders that can go forward, think on the fly, and handle a wide variety of obstacles, terrain and approaches,” said Cunningham, who operates Marbill Hill Farm in Bradford West Gwillimbury, ON. “We are proud to support this competition at the Royal Horse Show®, and proud to encourage the future of show jumping sport.”

After ten days of top competition, featuring pint-sized ponies and World Cup Champions alike, the Royal Horse Show wrapped its 2015 season with excitement already building for the event in 2016, which will return to downtown Toronto November 4-13, 2016.