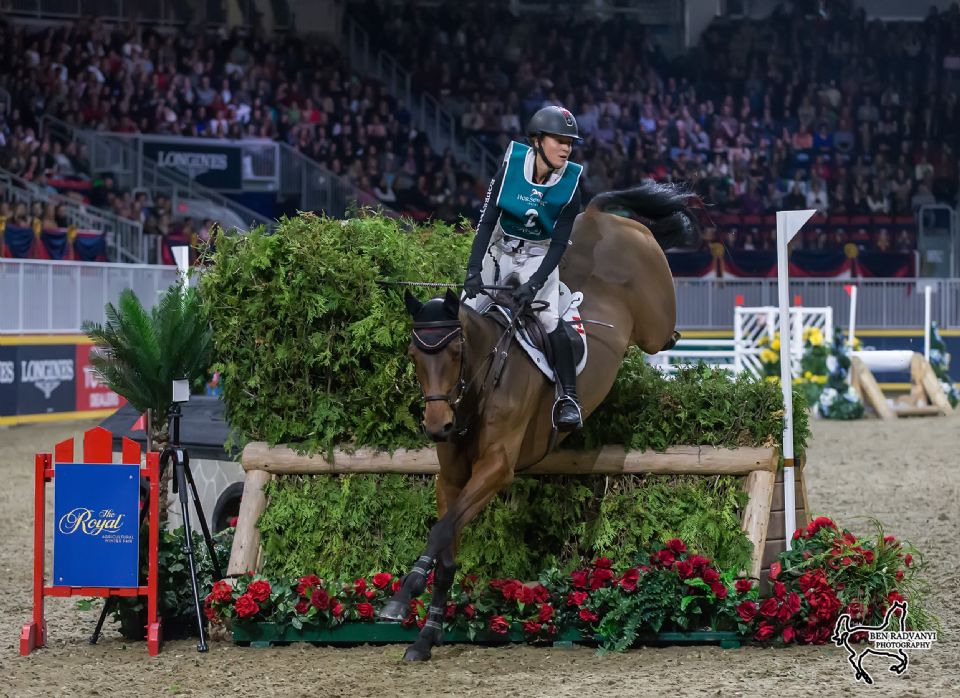 Two-time Canadian Olympian Jessica Phoenix of Cannington, ON, won the $20,000 Horseware Indoor Eventing Challenge on Saturday, November 4, at the Royal Horse Show in Toronto, ON.
Photo by Ben Radvanyi Photography 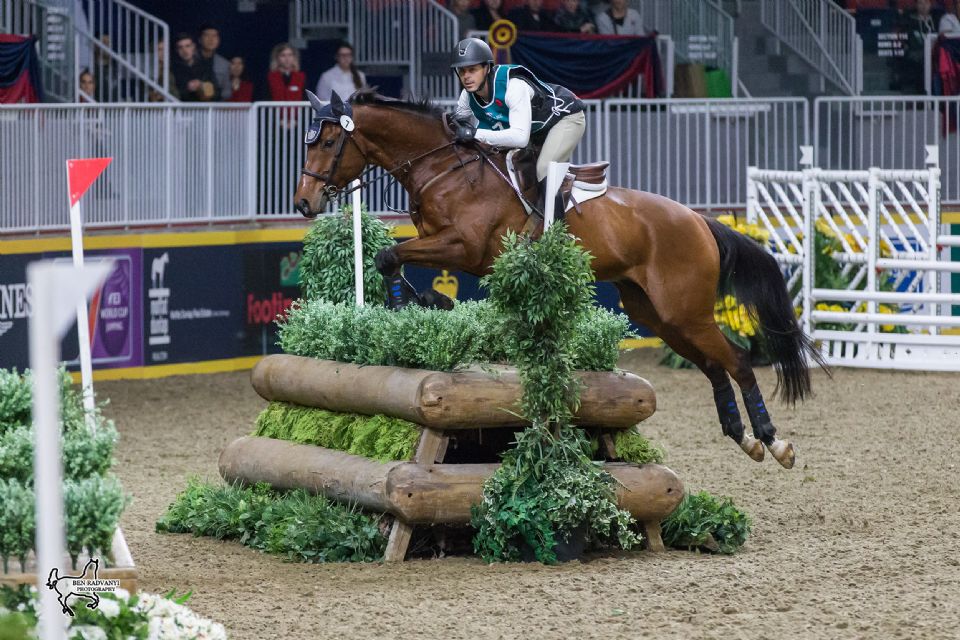 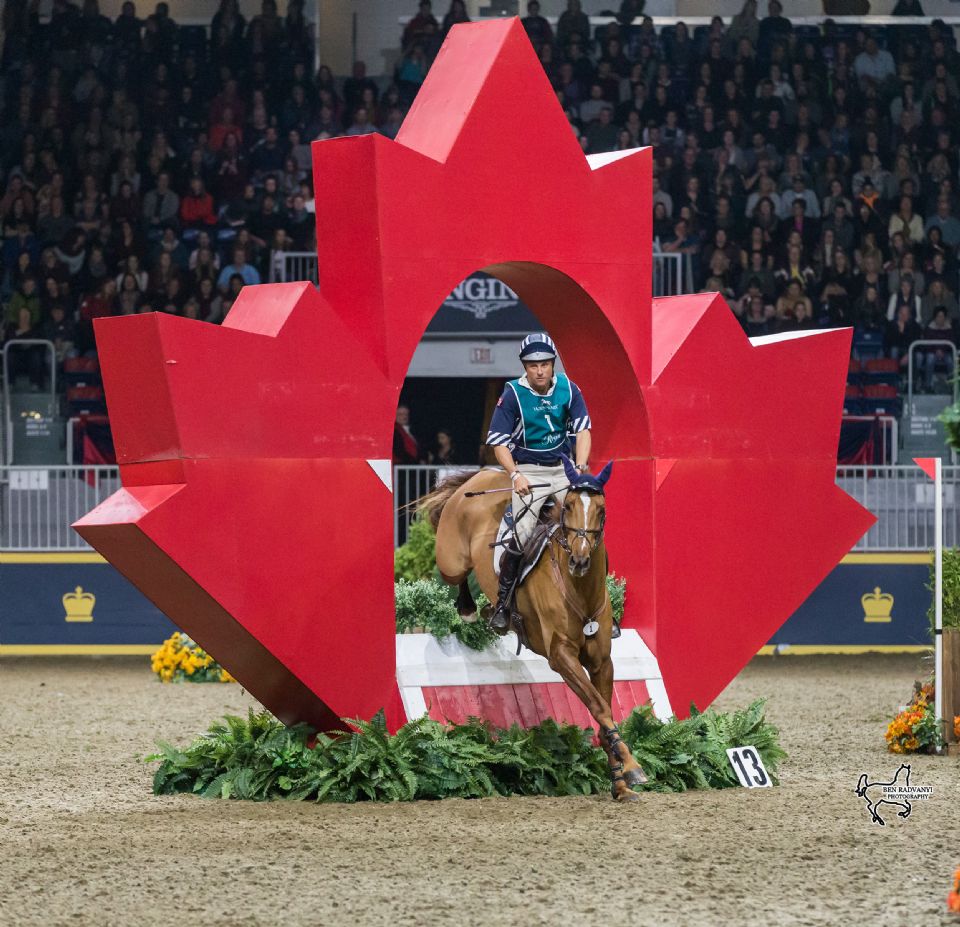 U.S. Olympian Boyd Martin piloted Kyra to a third place finish in his $20,000 Horseware Indoor Eventing Challenge debut.
Photo by Ben Radvanyi Photography
Jessica Phoenix of Cannington, ON, claimed victory in the $20,000 Horseware Indoor Eventing Challenge in front of a full house on Saturday evening, November 4, at the Royal Horse Show, held as part of the 95th Royal Agricultural Winter Fair in Toronto, ON.
Following Friday night’s opening round of competition, riders carried their penalties forward to Saturday night’s all-deciding final round.  Phoenix, who was sitting second behind Rachel McDonough of Toronto, ON, coming into the final phase of competition, posted the fastest penalty-free time of the night to seal the win.  Phoenix was aboard Abbey GS, a 16-year-old bay Canadian-bred Trakehner mare owned by Charlotte Schickedanz.

“For this event you want a horse that’s super careful because if you leave the show jumps up, you’ve got a good chance of finishing in the top three,” explained Phoenix of the key to successfully negotiating the course consisting of traditional cross-country obstacles interspersed with delicate show jumping fences.  “Abbey GS is such a fantastic jumper, and she’s so brave and so bold that I couldn’t have thought of a better horse to bring tonight.

“It’s so fun to be able to demonstrate this incredible sport in front of this many spectators, which is something that we don’t often get to do,” continued Phoenix, 34, who won individual silver and team bronze medals at the 2015 Pan American Games.  “I think it’s incredibly important for our sport.”

With two fault-free performances and a two-round combined time of 198.12 seconds, Phoenix took the win over Brandon McMechan of Toronto, ON, who was the only other rider to jump clear both nights riding Oscar's Wild.

“It’s unbelievable; I had no idea that the Royal Winter Fair was this awesome!” exclaimed Martin, who was riding Kyra for owner Christine Turner.  “I would have come many years before had I known.  I got to experience the food, and the cows, and the pigs, and the goats.  I probably spent way more money than I should have in the trade fair, and then finally got to the riding tonight.”

Offering something for every fan of horse sport, the Royal Horse Show continues on Sunday, November 5, at 8 a.m., highlighted by the $15,000 Braeburn Farms Hunter Derby at 1:30 p.m.