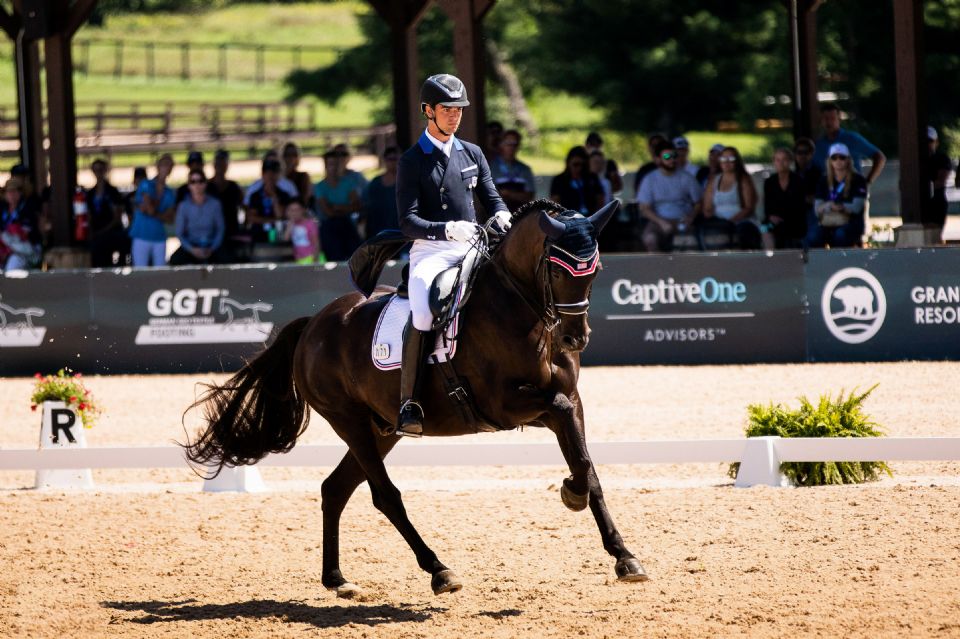 
Each year, the Lionel Guerrand-Hermès Trophy is awarded to a junior or young rider in an Olympic discipline who exemplifies the Team’s ideals of sportsmanship and horsemanship.


Simonson, 20, who has amassed an impressive list of accolades as a young rider, joins an elite group of equestrians that have successfully represented the U.S. on an international level.

"It is truly an honor to receive the Lionel Guerrand-Hermès Trophy and join an esteemed group of athletes that have been recognized for sportsmanship and horsemanship,” stated Simonson. “I sincerely want to thank those around me including my trainer Adrienne Lyle and fellow rider Katie Duerrhammer. They are incredible role models that demonstrate what horsemanship truly means. Without them, this would not be possible. I plan to uphold the ideals of the USET Foundation and continue the journey of learning from both human and horse.”


More recently, in 2021, he won triple gold in the Young Rider division at NAYC riding Zeaball Diawind and he was also selected to represent the U.S. at the Future Champions Nations Cup in Hagen, Germany, where the team took home bronze. In the summer of 2022, Simonson and Son of a Lady had a third-place podium finish in the Young Rider Freestyle at CHIO Aachen in Germany.

Simonson credits the formative opportunities offered along USEF’s High Performance Pathway for helping him progress and find success as a young rider.

﻿“My journey along the High Performance Pathway has been extremely worthwhile,” he explained. “These initiatives implemented by the USET Foundation, USEF, and Discover Dressage, including the European Tour and NAYC, have provided me with invaluable experiences.

“Team experiences are rare in our sport,” he continued. “These opportunities have shown me how vital it is to develop strong and supportive team dynamics in order to succeed on the international stage against the best in the world. These events have prepared me to represent my country, hopefully at the highest level. Without the USET Foundation's initial support, this wouldn’t be possible.”


Simonson recently made the transition to the professional ranks and looks forward to showing in the FEI Young Rider and Small Tour divisions this winter at the Adequan® Global Dressage Festival in Wellington, Florida. In the near term, he hopes to be selected for team outings in Europe as well as make his debut in the Under 25 division with his new mount Harmony’s Duval. Longer term, Simonson is focused on learning as much as possible with the goal of one day competing on senior teams at major venues such as the FEI World Cup™ Finals and the Olympic Games.
Simonson recognizes that the journey isn’t always easy and encourages other young equestrians with big aspirations to stay focused.

“If I were to give advice to a junior or young rider, it would be to have resilience,” he said. “There are constant challenges. Not every ride will be perfect, and that is okay! You have to enjoy the process and be grateful for the small wins and successes. Surround yourself with a supportive team whom you want to emulate, as they will be an essential part of your journey. Never stop learning or listening; there is always something to improve or work on when it comes to riding. Lastly, and most importantly, always place your horse's welfare first, no matter what. Horses are the reason we are here, and they give their all to us.”