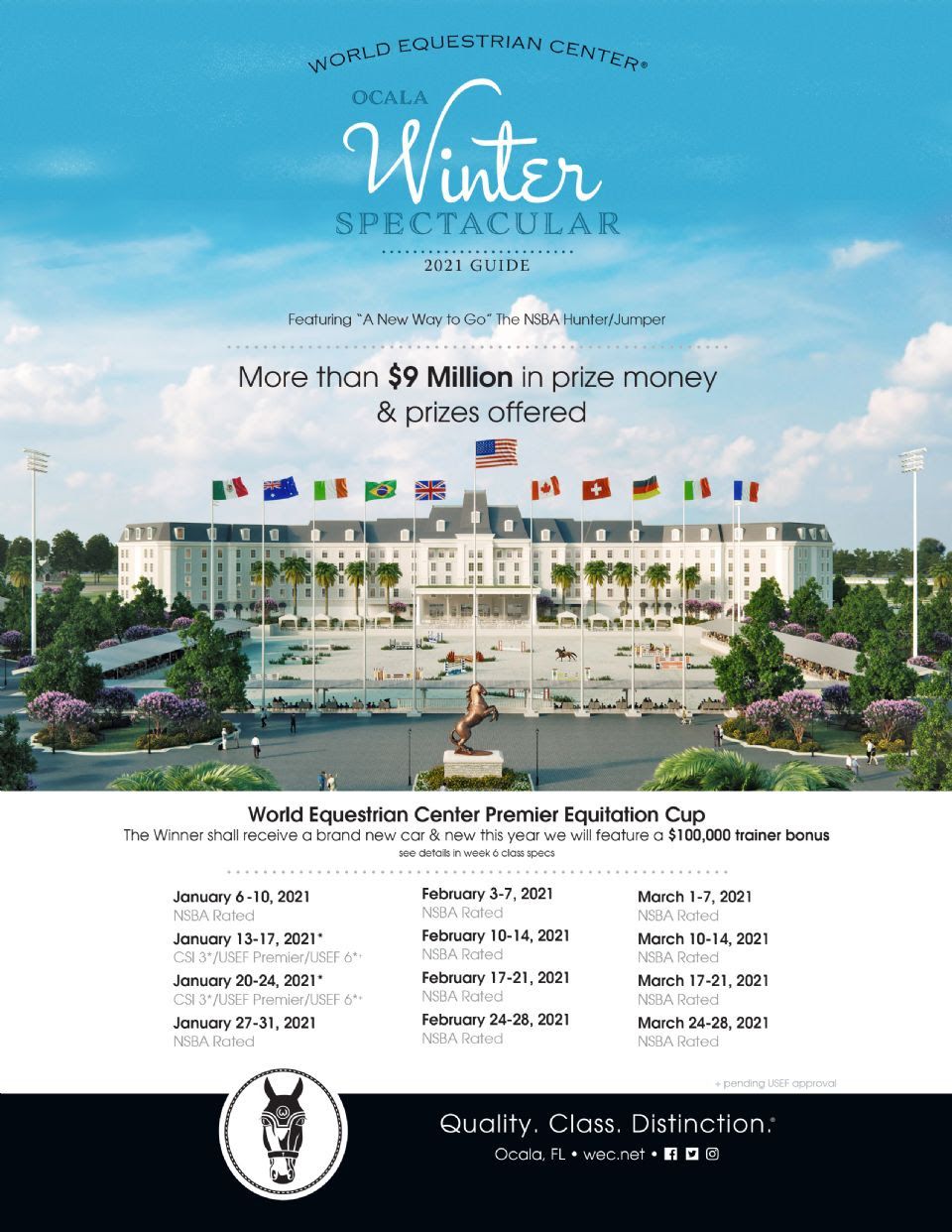 The World Equestrian Center is pleased to present the Guide to World Equestrian Center – Ocala Winter Spectacular in advance of the grand opening of its state-of-the-art facility in January 2021. The Guide contains highlights of the 12-week winter hunter/jumper horse show circuit, which runs January 6 through March 28, along with associated prize money, special classes and events and other important information. Entries for the Winter Spectacular will open November 16, 2021.

“We have all been anticipating the World Equestrian Center – Ocala facility opening and I promise it is going to be amazing,” said Roby Roberts. “We’ve created a schedule that will give our exhibitors from lead line to the Grand Prix levels a top quality competition experience at a facility that is second to none.”

Equitation riders can qualify for the WEC Premier Equitation Cup competition during Week six, where the winner receives prizes including a brand-new car. New this year is a $100,000 trainer bonus for the equitation class.