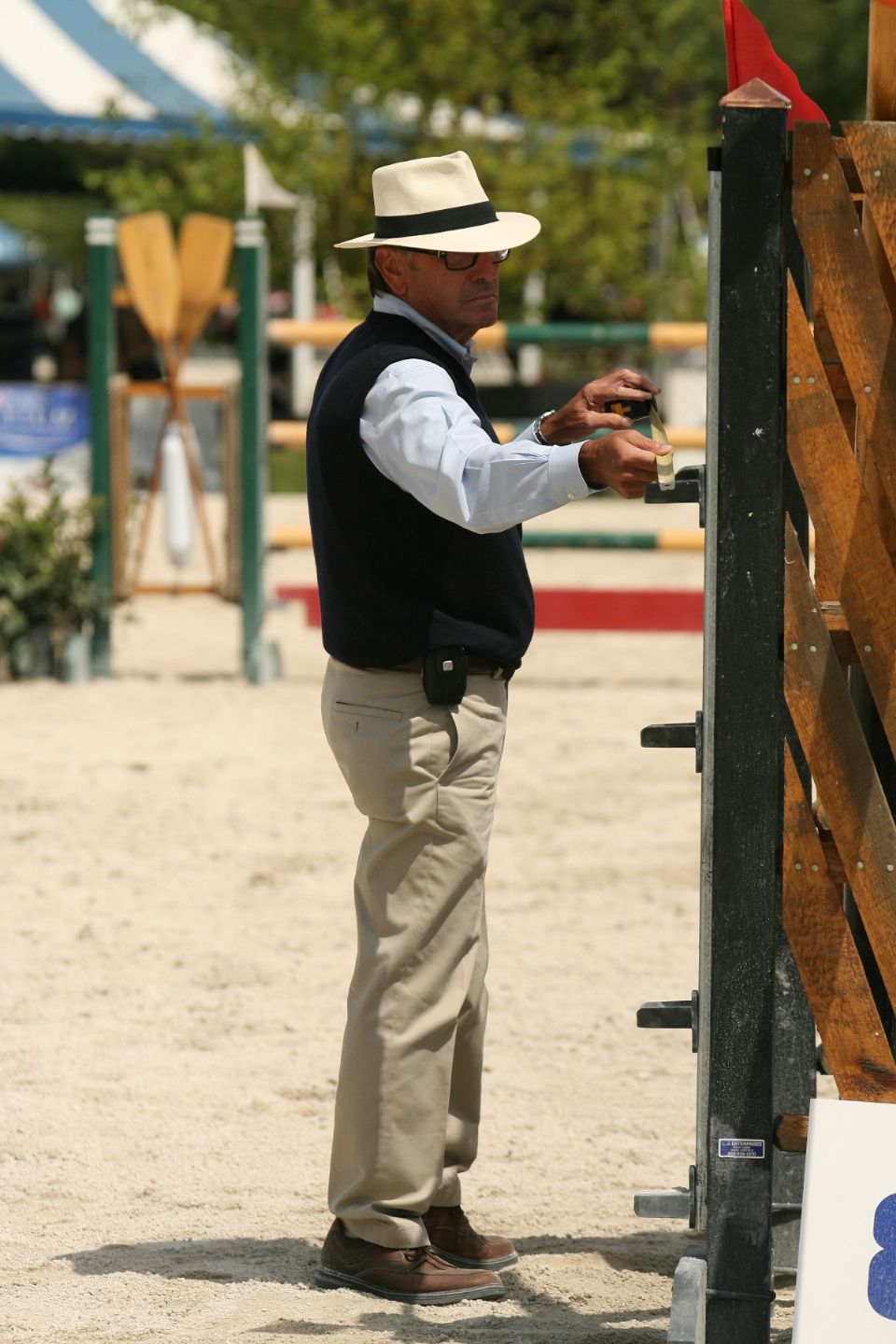 Several of show jumping’s most celebrated international course designers will showcase their skills at the 2015 Vermont Summer Festival, running from June 30 through August 9 at Harold Beebe Farm in East Dorset, VT.

The six-week circuit will welcome talent from all corners of the world including Alan Wade (IRE), Michel Vaillancourt (CAN), Steve Stephens (USA), Chris Brandt (CAN), and Ken Krome (USA).

Popular Irish designer Wade will kick off the summer in his sixth consecutive season setting courses at the Vermont Summer Festival, followed by Vaillancourt, Stephens, and Brandt. Krome, who got his start as a builder in Vermont, will design twice during this year’s Vermont Summer Festival, including during the sixth and final week of competition. Each designer will set the high-performance tracks for one week, including the weekly $10,000 Open Welcome and Grand Prix events ranging in prize money from $30,000 to $50,000.

Following the complete overhaul of the Vermont Summer Festival’s competition surfaces, designers will work with the all-new top-of-the-line Kruse Cushion Ride (KCR) footing in the grand prix arena. Every competition and training surface at the show grounds has been completely redone with KCR footing, including the jumper annex ring, all three hunter rings, and all schooling and lunging rings. Totaling 334,000 square feet of rejuvenated ring space, Vermont is ready for the 2015 season!

Manufactured in the United States from recycled materials, KCR footing is a favorite among competitors and course designers alike. Vaillancourt, the 1976 Olympic Individual Silver Medalist in Show Jumping, recently built on KCR footing at the Gulf Coast Winter Series in Gulfport, MS, and looks forward to working with it again during the second week of the Vermont Summer Festival.

“Footing has become such an important aspect of our sport and the riders are difficult to please, for good reason,” explained Vaillancourt, who hails from Canada and currently makes his home in Aiken, SC. “Good horses are difficult to come by, and riders don’t want to ruin them by jumping on footing that is too deep or too firm. KCR creates a fantastic cushion. When a horse turns hard, it doesn’t dig up; it holds the footing a little bit like how a root system holds up the surface of grass. It’s as close to a natural surface as you can get.”

“I would endorse it to anyone – it’s as good as it comes,” said Vaillancourt. “I think KCR has the potential to be the footing that a lot of horseman will want to have in their own backyards. That’s the idea; it’s not just about creating good footing at events, but also where we work and educate our horses all the time at home.”

For more information on the Vermont Summer Festival’s course designers for 2015, as well as entry and schedule information, click here.

The Vermont Summer Festival is New England’s largest hunter/jumper competition offering more than $750,000 in prize money, making it the richest sporting event based on purse in the state of Vermont. For over 20 years, the Vermont Summer Festival has attracted exhibitors and their families to the Manchester region in southern Vermont for great competition in an ideal summer setting.