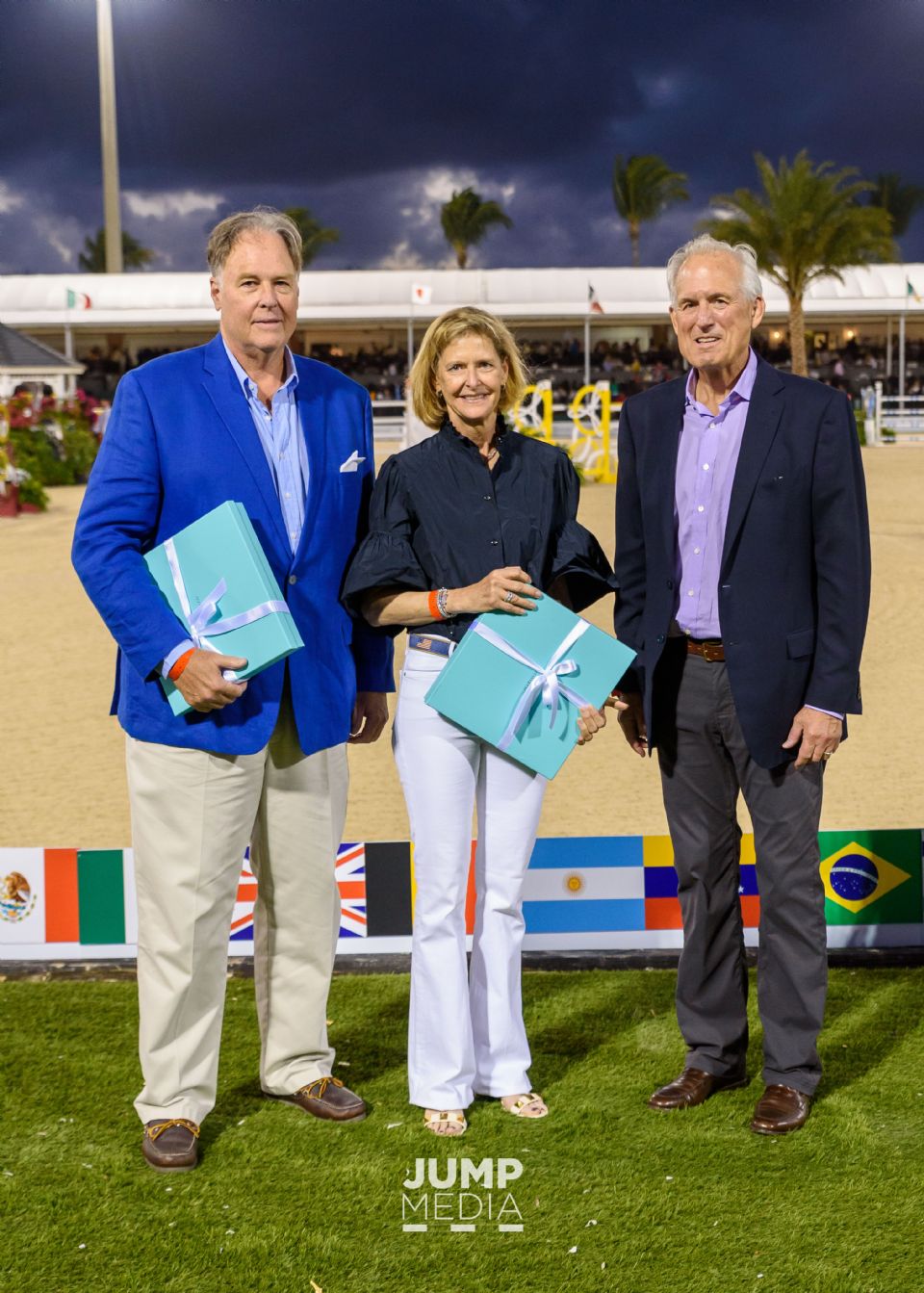 The R. Bruce Duchossois Distinguished Trustee Award was created in 2015 and pays homage to the late Mr. Duchossois’ leadership, generosity, and outstanding character. His life was celebrated by becoming the first recipient of the prestigious award. Each year, the award is presented to a USET Foundation trustee who exemplifies exceptional leadership, philanthropy, and character.

“Bill and Beth have been integral members of the Board of Trustees since they joined,” stated W. James McNerney, Chairman, President, and CEO, of the USET Foundation. “In addition to serving on the USET Foundation Executive Committee, they served as co-chairs of the steering committee for the ‘Raising the Bar’ Campaign that exceeded its goal by $2.3 million. Beyond that, they have consistently demonstrated active participation and a commitment to supporting developing athlete and high performance programs for equestrian sport in the United States. They are the heart and soul of this Board.”

For Weeks, who has been a member of the USET Board of Trustees since 2009 and became Vice President of the Board in 2017, it was the involvement of his wife and three daughters in show jumping and the equestrian community more broadly that prompted his interest in supporting the U.S. equestrian teams.

“My family was very immersed in the sport and I felt that my daughters benefitted a lot from the experience, and I wanted to give back,” shared Weeks. “One of the things that really motivated me was the magnificent grand prix horse Madison ridden by Kent Farrington [that my family owned]. Madison and Kent qualified for the 2006 FEI Jumping World CupTM Final in Kuala Lumpur, Malaysia, and [it was at that competition that] she won the KL Grand Prix. I am patriotic to begin with, but standing [in the awards ceremony] listening to our country’s national anthem because [our] horse had won was what motivated me to support the U.S. equestrian teams and USET Foundation.

“I knew Bruce Duchossois, and I saw his commitment to the USET Foundation,” continued Weeks. “He was a real example of someone you could count on and was very committed to the Foundation, so for me, it’s humbling and a real honor to receive this award.”

Johnson joined the Board of Trustees in 2013 most recently served as a co-chair of the steering committee for the “Raising the Bar” Campaign. She was also hugely instrumental in the success of two Olympic and Paralympic benefits—the “Rockin’ Rio” Gala which she generously hosted at her farm and the “Take Me To Tokyo” Gala which ultimately raised $1.5 million for the Campaign. An amateur equestrian competitor, Johnson is a proprietor of Louisburg Farm, in Wellington, Florida, which owns all levels of show jumping horses including those that have represented the U.S. internationally at Nations Cup competitions and at FEI Jumping World Cup™ Finals.

Having horses that represented the country on the largest international stages, Johnson understands the scope of the resources and support that is required for U.S. teams to achieve and maintain excellence at the highest levels.

Bonnie Jenkins, Executive Director of the USET Foundation, said: “Members on the USET Foundation Board of Trustees are essential to ensuring that our organization is achieving its mission of providing necessary resources to make U.S. equestrian competitive excellence possible, now and in the future. Bill and Beth epitomize the role of a trustee, and I’m extremely grateful for their unwavering commitment over the years.”