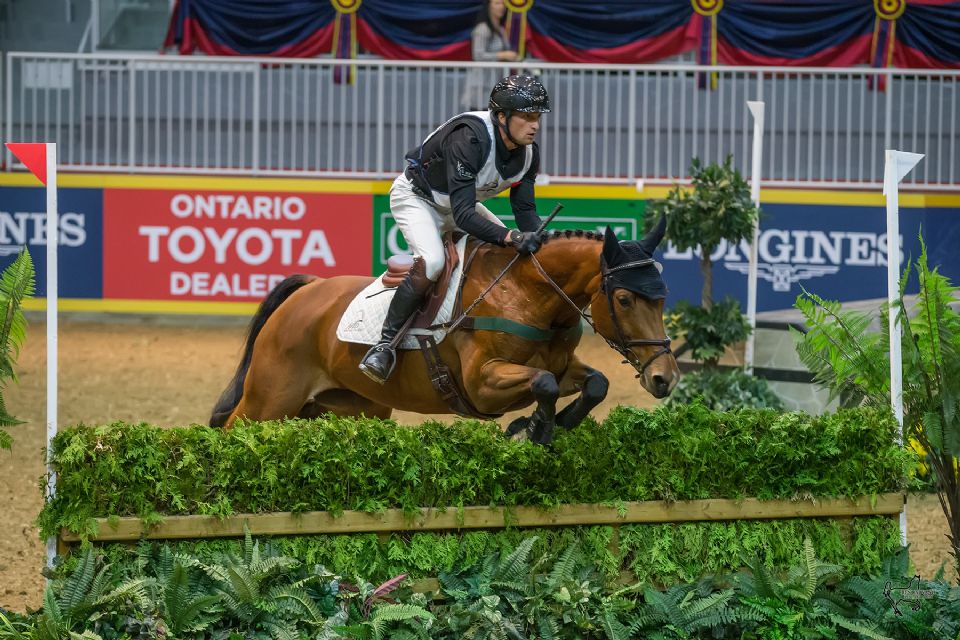 Waylon Roberts of Port Perry, ON, won his record eighth $20,000 Horseware Indoor Eventing Challenge in front of a full house on Saturday night, November 7, of the Royal Horse Show® in Toronto, ON.
Photo by Ben Radvanyi Photography 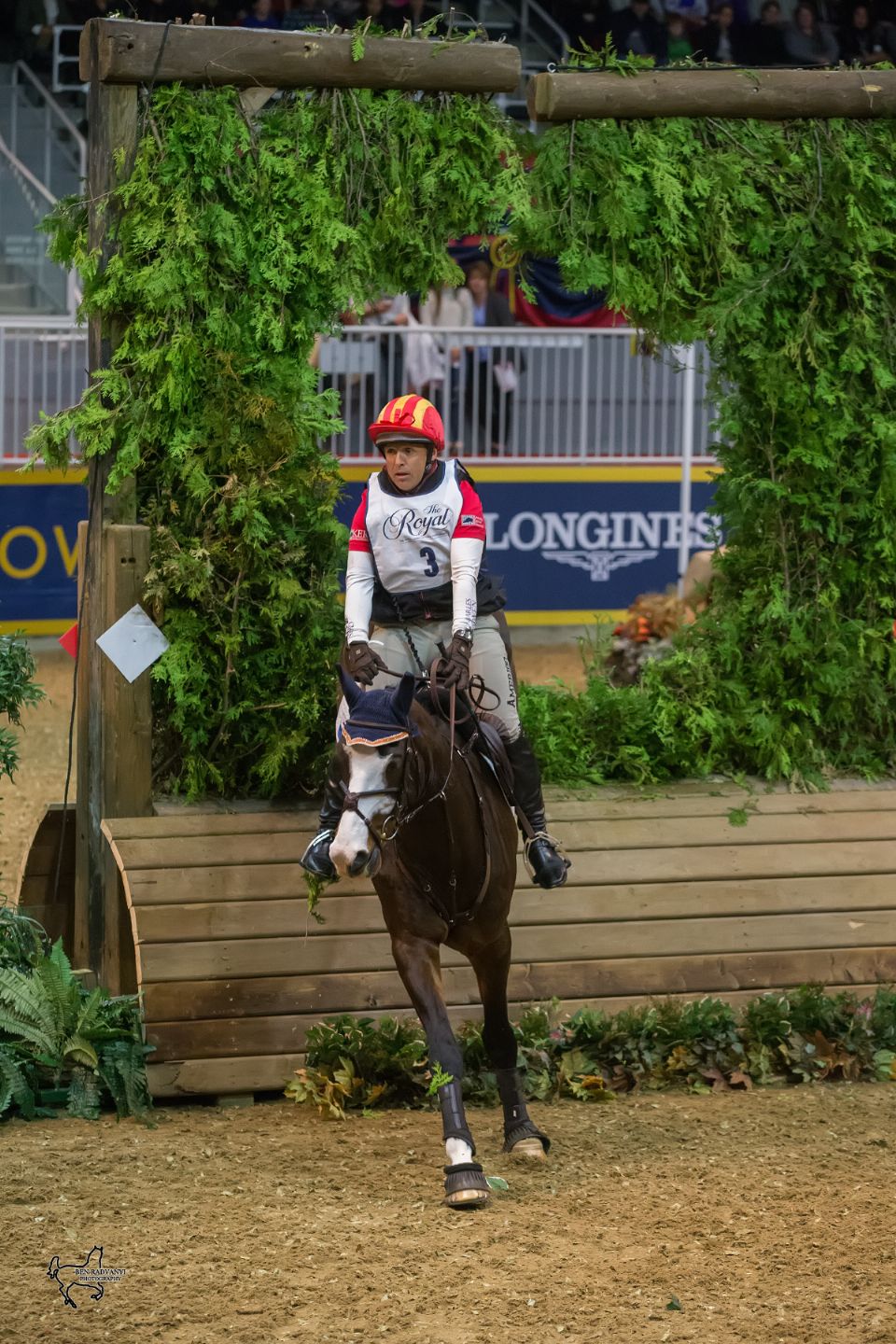 Waylon Roberts of Port Perry, ON, won his record eighth $20,000 Horseware Indoor Eventing Challenge on Saturday night, November 7, at the Royal Horse Show®, taking place as part of the The Royal Agricultural Winter Fair in downtown Toronto, ON.

Roberts, 27, rocked the full house in the Ricoh Coliseum, bringing home the win riding West River. Carefully navigating a mix of natural cross-country obstacles and delicate show jumping fences set by course designer Mark Phillips of Great Britain, Roberts cruised to victory, posting a winning time of 177.57 seconds over the two phases of competition. Held in a two-round format, riders carried forward their times and penalties from the opening phase of competition on Friday night. Roberts had been fast and faultless on Friday night, and repeated his foot-perfect performance on Saturday to take the title.

“I’ve been with a lot of different trainers, thanks to my parents Kelly Plitz and Ian Roberts; they thought it was really important that I get a rounded education in riding, and so I did a lot of show jumping as a youngster,” said Roberts of his secret to success. “That’s really carried through to help me for this class.”

Roberts, who was a member of Canada’s bronze medal team at the TORONTO 2015 Pan American Games, has won the title riding a total of six of horses including Slingshot, Myrddin’s Sebastian, Donaghan, Evil Munchkin, and his 2015 Pan Am Games mount, Bill Owen. However, West River has the distinction of being the first mare he has ever won with.

As for what makes an ideal horse for the $20,000 Horseware Indoor Eventing Challenge, Roberts said, “It takes a handy horse, one that’s going to be really obedient for the tight turns and the quick speed, and that’s exactly what West River is. She’s not too big, and she’s really handy.”

Roberts held off the challenge from two-time World Equestrian Games competitor, Bruce Davidson, Jr., of the United States, who was also penalty-free on both nights of competition riding Wundermaske. However, his combined time of 193.97 would leave him in the runner-up position in his Royal Horse Show® debut.

Holly Jacks-Smither of Orangeville, ON, added ten penalty points to her score riding Dynamo, finishing with a combined time of 196.62 seconds to take third. Karl Slezak of Tottenham, ON, slotted into fourth position with Fernhill Wishes. Selena O’Hanlon of Kingston, ON, rounded out the top five riding Uptown Girl.

Kendal Lehari of Uxbridge, ON, rode RF D’Orbalia into sixth position while crowd favourite Jessica Phoenix of Cannington, ON, recovered from a fall in Friday night’s competition - incurring 100 penalty points - to post a clear round with Bentley’s Best on Saturday night. Phoenix was the individual gold medalist at the 2011 Pan American Games as well as the individual silver medalist at the 2015 TORONTO Pan American Games riding Pavarotti on both occasions.