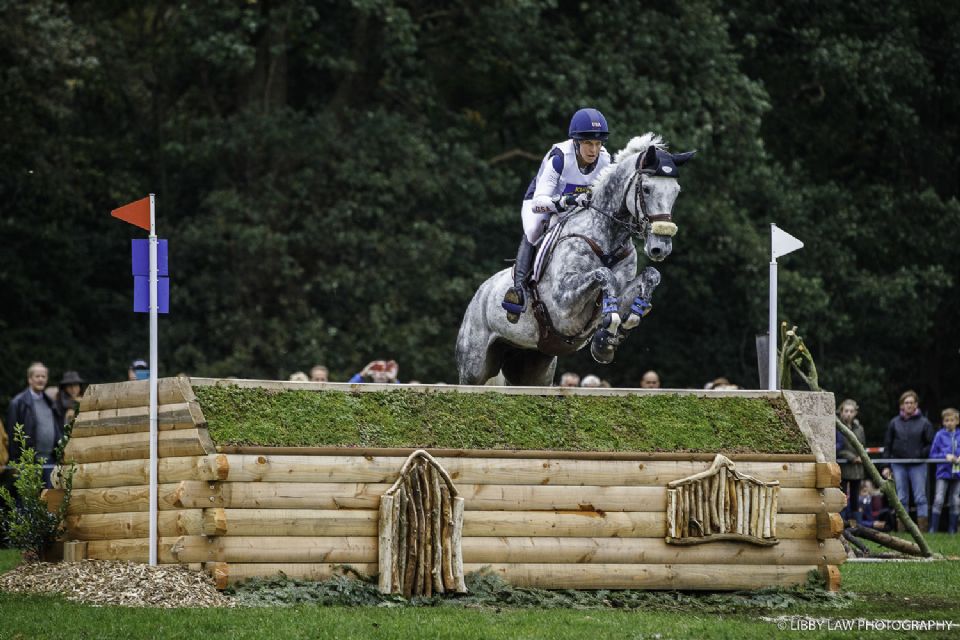 As the recipient of the grant, Halliday-Sharp, who is an athlete on US Equestrian’s Eventing High Performance Pre-Elite Training List, will receive $10,000 to support her trip from Lexington, Kentucky, to Temecula, California, to compete in the CCI4*-L at the Galway Downs International Three-Day Event on October 28-31, 2020.

“It’s very, very exciting, and it makes a big difference to the owners as well—we’ve got to support the good owners in the sport as much as we can,” said Halliday-Sharp of receiving the grant. “We’re very grateful to the [USET] Foundation. It’s an expensive sport, and you don’t get a lot of prize money. [This] really makes it all possible.

“I think next year, we’ll start to think about five-star competition for [Cooley Quicksilver],” Halliday-Sharp continued. “I very much hope he’ll be considered for the Olympic Games, and that’s part of our reasoning for going to Galway.”

Each year, the Jacqueline B. Mars Grant is awarded to Eventing riders who have been identified and recommended by the USEF Eventing Selectors, with an impressive record and the potential to represent the United States in future international competition.

Halliday-Sharp, who has not yet represented the U.S. at an Olympic Games or international championship, received this select distinction following a strong performance as part of the 2019 FEI Eventing Nations Cup Team at the Military Boekelo CCIO4*-L in Enschede, the Netherlands. According to Erik Duvander, US Equestrian’s Performance Director for Eventing, it will be important for Cooley Quicksilver and Halliday-Sharp to receive the opportunity to produce a competitive performance, as the pair trend toward joining the Elite list.

﻿Thanks to the Jacqueline B. Mars Grant, Halliday-Sharp and Cooley Quicksilver can continue their training with the goal of representing the United States in future international competitions.