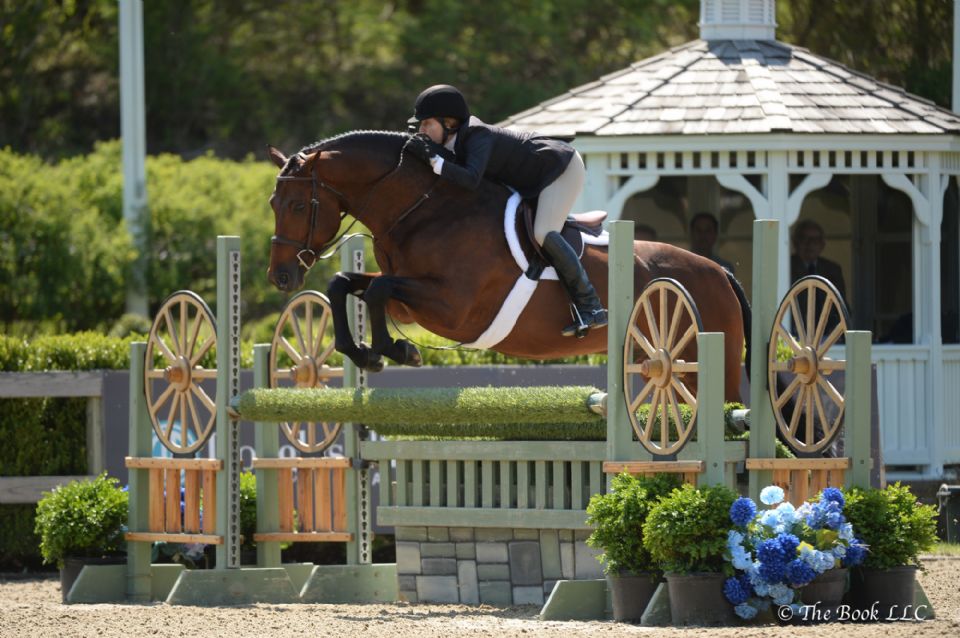 True Story and Holly Orlando jumped to a champion ribbon in the Green Conformation Hunter Division, which won them Grand Hunter Champion honors during the 2018 Old Salem Farm Spring Horse Shows at Old Salem Farm in North Salem, NY.
Photo by The Book 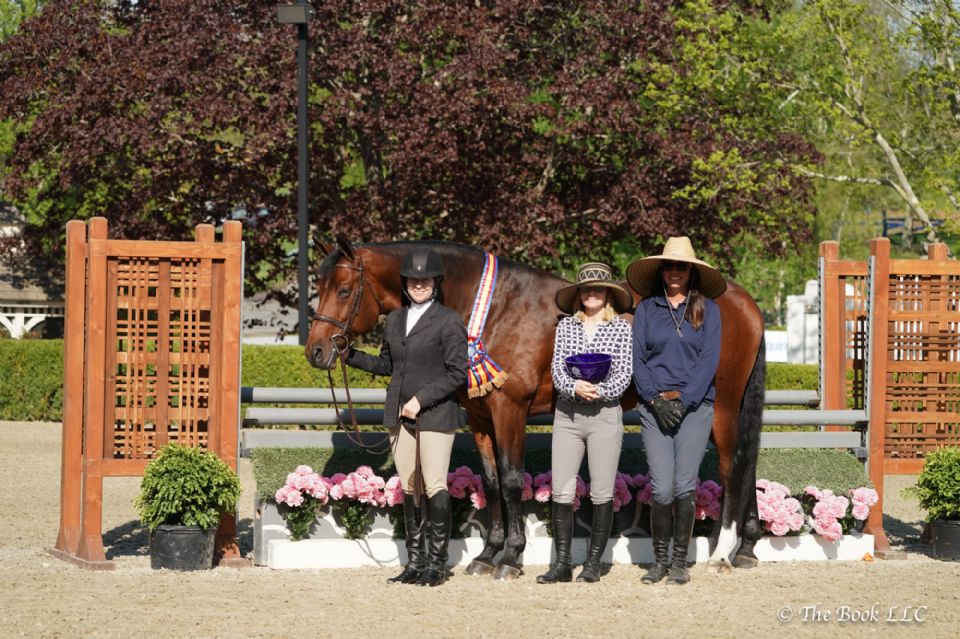 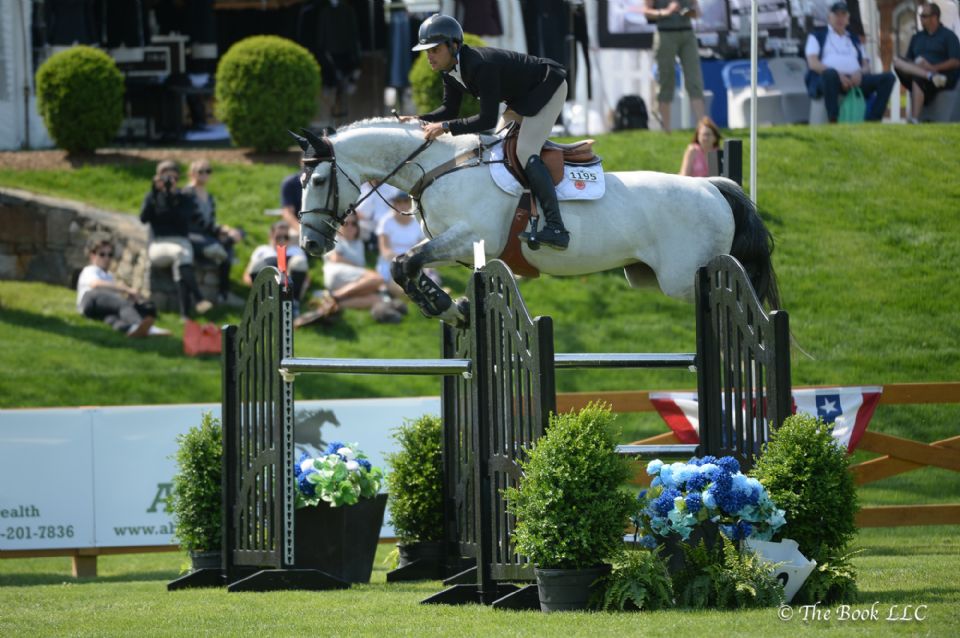 True Story, a seven-year-old Oldenburg gelding by Lord Pezi, was almost perfect in the Green Conformation Hunter division and earned three firsts and a second-place ribbon over fences, in addition to wins in the handy, model, and under saddle.

“He’s a winner,” said Orlando of the horse owned by Cathy Zicherman and trained by Jenny Dunion. “We all make a great team together. It’s a fun group with a really fun horse. This is his first year doing 3’6” and he wants to win, is scopey, tries every time he goes in the ring, and he’s beautiful. He is everything you would look for in a young horse.”

When considering the high point of her time in the ring with True Story over the last two days, Orlando said, “He was excellent in the handy. It had a lot of turns and he is very game; you can always take a shot at it and he is going to be there to help you.”

Orlando flew back home to Florida shortly after competing in the hunter ranks at Old Salem Farm this week, saying, “I like everything about showing here. The jumps are big, pretty, and solid, and the backdrop is beautiful. It always helps when the weather is nice and we have been lucky the last couple of days.”

Reserve champion honors in the Green Conformation Hunter division were presented to Sinatra, ridden by Brooke Baldwin-Degrazia of North Salem, NY, and owned by Tina Allen. Baldwin-Degrazia and Sinatra earned a first-place ribbon over fences and five runner-up finishes in the division.

Israel’s Daniel Bluman pocketed a victory in the $5,000 Open Jumper 1.40m on Thursday during his first time showing at the Old Salem Farm Spring Horse Shows. He and Cartouche, a ten-year-old Silla Argentina stallion by Cartago Tango owned by Over The Top Stables, stole the win by three seconds with a jump-off time of 39.87 seconds over courses built by Ken Krome (USA).

“I have always liked being at Old Salem Farm and I am happy to be here,” said Bluman, who recently made a move to base his riding and training business out of North Salem. “We rented a place just up the road [from Old Salem Farm] this year and will be looking for property soon to settle into and have a home base when we are in the U.S.

“Cartouche and I are just starting our relationship and I took my time getting to know him,” continued Bluman of the mount he purchased from McLain Ward during the 2018 winter season in Florida. “He jumped really well and he will do the FEI [CSI3*] here next week, so I wanted to get a few 1.40m in on him.”

Jumper competition continues with Thursday’s $5,000 Open Jumper 1.40m on the Grand Prix Field before international competition kicks off with the $10,000 New York Speed Stake. Live streaming of the Grand Prix Field at Old Salem Farm is continuous Thursday through Sunday and available at OldSalemFarm.net. For hunters, the Grand Adult Amateur Hunter Champion will be crowned on Thursday in the Main Hunter Ring.

Spectators are welcome at the Old Salem Farm Spring Horse Shows with free general admission to Old Salem Farm Wednesday through Friday. On the weekends of May 12-13 and 19-20, admission is $15 for adults and $10 for seniors and children under 12.

Stay up to date on Old Salem Farm at OldSalemFarm.net, and on social media with Old Salem Farm on Facebook, and @oldsalemfarmny on Twitter and Instagram. Follow for an exclusive and behind-the-scenes look at the Old Salem Farm experience, and join the conversation using #OldSalemFarm and #OSFlove.