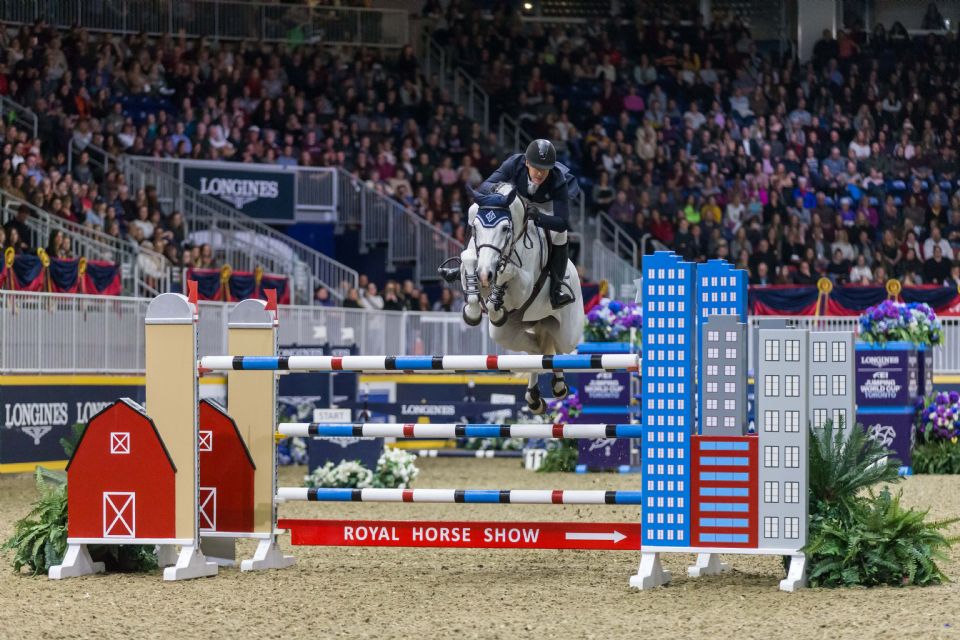 The Royal Horse Show, held annually as part of the Royal Agricultural Winter Fair in Toronto, ON, has renewed its partnership with Longines, title sponsor of the Longines FEI Jumping World Cup™ Toronto.
Photo by Ben Radvanyi Photography

The Royal Horse Show, held annually as part of the Royal Agricultural Winter Fair in Toronto, ON, has renewed its partnership with Longines, title sponsor of the Longines FEI Jumping World Cup™ Toronto.

The Royal Horse Show is the only Canadian event selected as part of the Longines FEI Jumping World Cup™ North American League for the 2020/2021, 2021/2022, and 2022/2023 seasons. The longest-running agricultural event in Canada, The Royal will celebrate its 100th anniversary in 2022.

“We are proud to continue the tradition of excellence at The Royal through our partnership with Longines and the Fédération Equestre Internationale (FEI),” said Charlie Johnstone, CEO of the Royal Agricultural Winter Fair.  “We appreciate that the FEI recognizes the high standard of quality we strive to deliver to our audience each year and look forward to continuing to work together to showcase and grow the sport of show jumping worldwide.”

“We received an overwhelming number of bids to host these qualifiers,” said FEI President, Ingmar De Vos.  “The major changes to the format of the series, the close collaboration between FEI and the National Federations with the support of our top partner Longines together with organisers and stakeholders, highlights the continued efforts made to propel the sport forward, making it more attractive to the athletes and the fans.

“The launch in 2015 established the series’ successful introduction into this region, expanding the international reach of the FEI World Cup as a global series in the emerging North American markets,” continued De Vos.  “Now that we are adding an international live broadcast signal, we believe this is an important and exciting decision that will take us to the next step to place jumping in North America in the spotlight as a sport.”

More than 7,000 fans packed the sold-out Coca-Cola Coliseum for last year’s edition of the Longines FEI Jumping World Cup™ Toronto.  Tickets are already selling fast for this year’s event, scheduled for Saturday night, November 9.  Two-time Olympic team gold medalist McLain Ward of the United States is expected to defend his title against some of the top-ranked riders in the world in the $210,000 Longines FEI Jumping World Cup™ Toronto on closing night.

Offering the very best in horse sport and entertainment, the CSI4*-W Royal Horse Show hosts more than 1,000 horses, offers more than $980,000 in prize money, and welcomes visitors from all corners of the world during its 10-day run in the heart of downtown Toronto, Canada’s largest city.

For more information and to purchase tickets for the Royal Horse Show, the marquee event of The Royal Agricultural Winter Fair, please visit www.royalfair.org/horse-show.