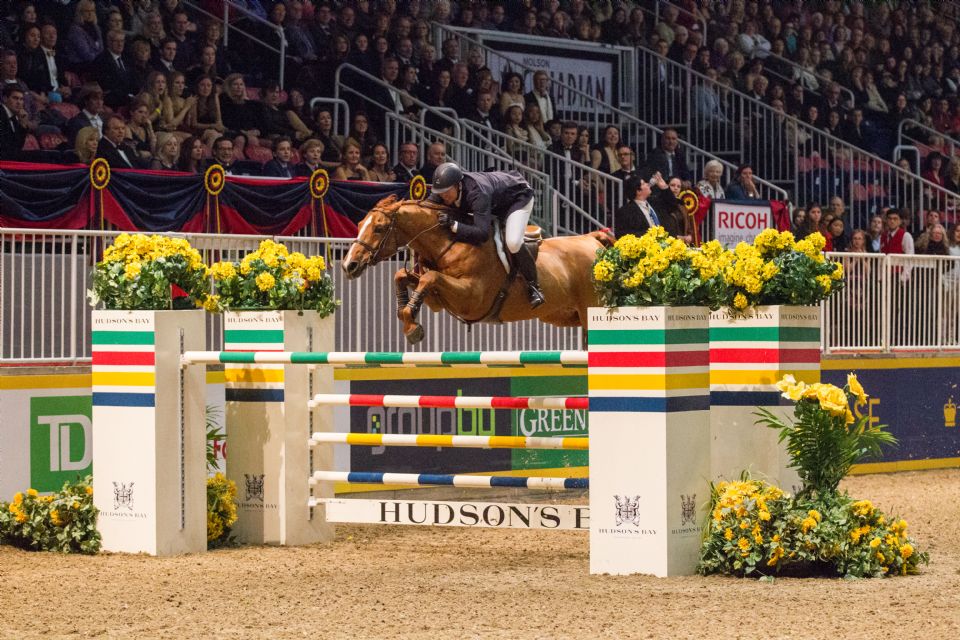 Downtown Toronto will host some of the world’s most decorated equestrian athletes – both two-legged and four – during the 2015 Royal Horse Show, which runs November 6 to 15 as part of The Royal Agricultural Winter Fair at Exhibition Place. International show jumpers from five different countries will converge in Toronto for top-level competition, highlighted by the $125,000 Longines FEI World Cup™ Jumping Toronto as part of the newly founded FEI World Cup™ Jumping North American League.

Friday, November 13 will showcase the $50,000 Weston Canadian Open, while Saturday afternoon brings family-friendly fun with horses and dogs teaming up for the $15,000 International Canine/Equine Challenge, presented by The Toronto Star. The 2015 Royal Horse Show closes out with the $75,000 Big Ben International Challenge, presented by Hudson’s Bay Company, on Saturday night, November 14.

Eight riders from the United States have been invited to travel to the Royal Horse Show. Most notably, two-time Olympic gold medalist Mclain Ward of Brewster, NY, is eyeing his third win in a row in Wednesday night’s featured grand prix event. Ward has won the grand prix at the Royal Horse Show six times and is the defending champion from both 2013 and 2014.

“The Royal is a first-class, traditional event in a beautiful city,” said Ward, who recently claimed the individual gold medal riding Rothchild at the TORONTO 2015 Pan American Games. “The Royal always has a packed house, making the atmosphere great. You need an experienced horse that handles that situation well.”

This year, Ward plans to defend his title riding HH Azur, an up-and-coming superstar owned by Double H Farm. The pair recently competed at the mare’s first indoor event at the Los Angeles Masters, where Ward characterized her performance as “phenomenal”, and Ward is confident in their chances at the Royal Horse Show.

“The presence of FEI competition in North America has been transforming over the last few years and it’s in a better place now,” said Ward of the Royal Horse Show’s inclusion in the new Longines FEI World Cup™ Jumping North American League. “It’s always an asset to have more World Cup qualifiers, and this league has certainly been competitive.”

Rounding out the international field participating at the Royal Horse Show will be eight riders representing Belgium, Colombia, Ireland and New Zealand. Coming off a recent string of impressive wins, Ireland’s Conor Swail will return to the Royal Horse Show as a hot favourite.

“The Royal has always been a lucky show for me,” said Swail. “Every time I go there I have good success, but I also love the prestige and the huge crowds that come with the show. It’s extremely fun.”