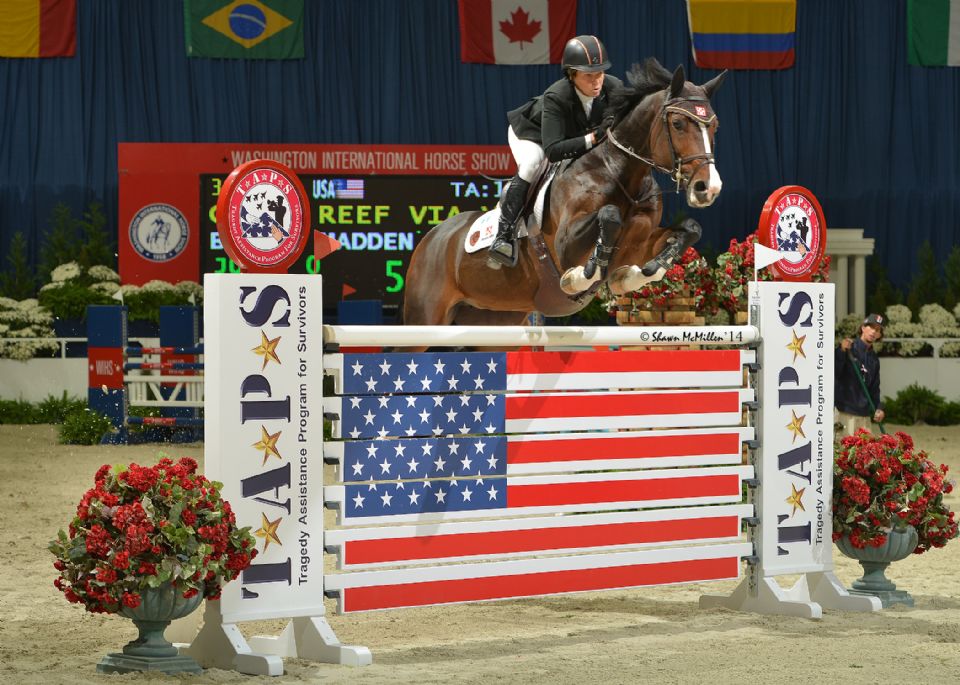 Beezie Madden and Coral Reef Via Volo clearing the Jump for TAPS Challenge fence at the 2014 WIHS.
Photo by Shawn McMillen Photography 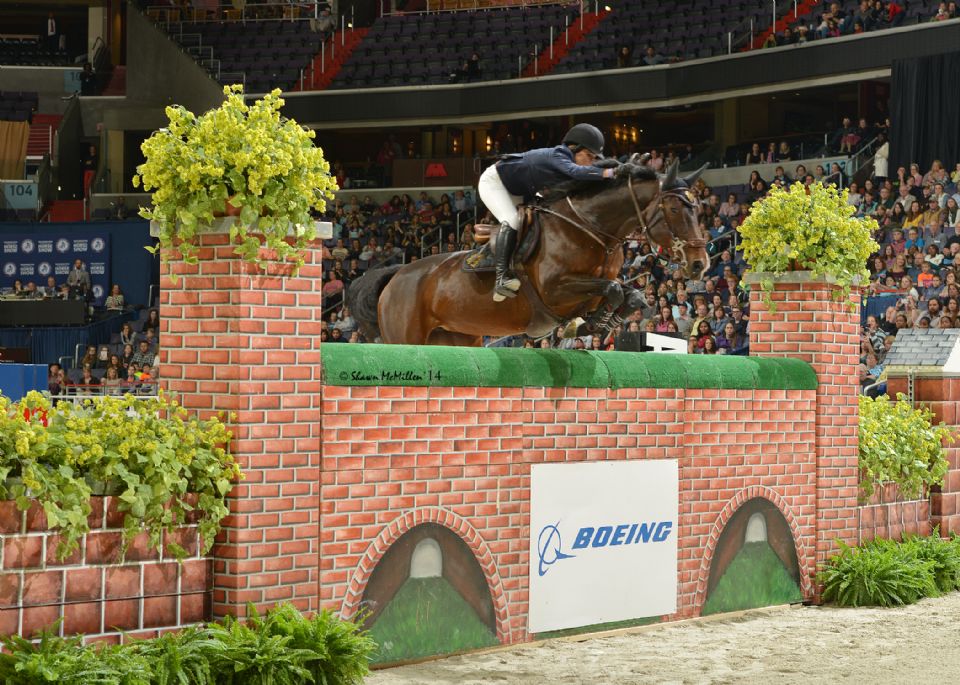 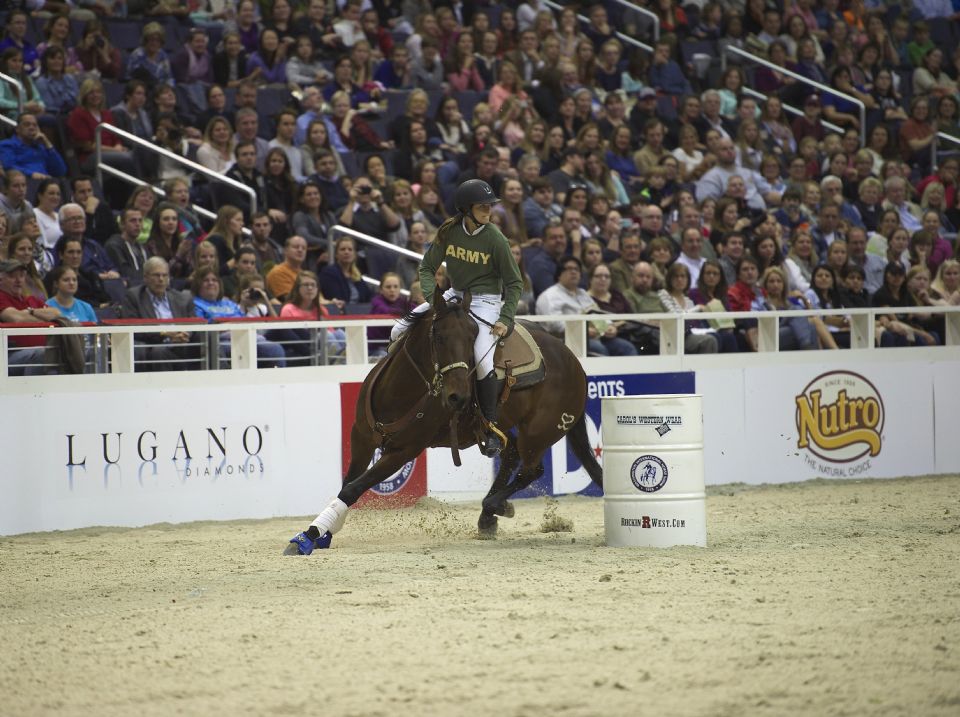 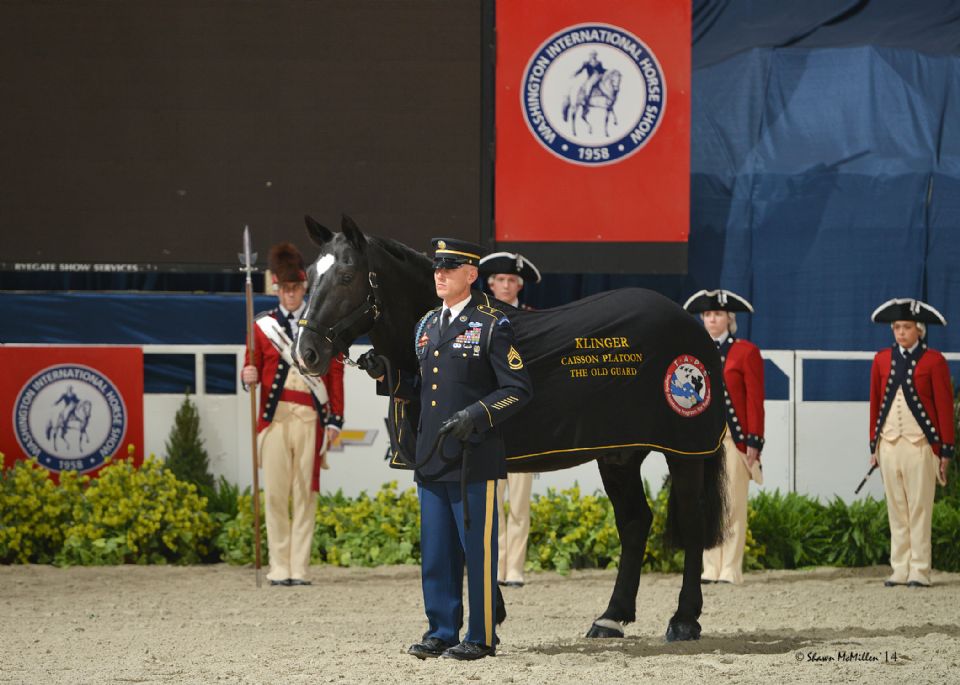 “Thanks in part to the generous support of corporate and individual donors, WIHS has been able to foster a strong and lasting connection between the equestrian community and the United States Armed Forces,” said WIHS Executive Director Bridget Love Meehan. “We are proud of our efforts to support the men, women, and their families that serve our country.”

The $50,000 International Jumper Speed Final will host the “Jump for TAPS” Challenge to raise funds for The Tragedy Assistance Program for Survivors (TAPS), the WIHS Official Military Charity. Each time the jump is cleared, a monetary donation will be made to TAPS, an organization devoted to caring for the families of fallen soldiers with immediate and long-term support.

In 2014, Jessica Springsteen of Colt’s Neck, NJ, an up-and-coming U.S. show jumping star, captured top honors in The Boeing Company $25,000 Puissance aboard Stone Hill Farm’s Lisona, clearing the famed brick wall obstacle set at 6’10” in the final ride of four rounds. The North American Indoor Puissance record of 7’7 ½” was set at WIHS in 1983 by Anthony D’Ambrosio and Sweet ‘N Low. The puissance high jump at WIHS continues to be a crowd favorite each year, showcasing the versatility and athleticism of the horse while simultaneously featuring some of the best riders in the world in an entertaining and electric atmosphere.

The third annual Klinger Award will be presented during Military Night. Named for the beloved U.S. Army horse and TAPS Ambassador, the Klinger Perpetual Award for Honor and Service, presented by Ariat International and EQUUS Foundation, recognizes a horse, individual or organization that best demonstrates the values of honor and service as embodied by Klinger, a special horse who has touched the lives of many in his life of service with the 3rd U.S. Infantry Regiment (The Old Guard) Caisson Platoon. Klinger will be on hand for the ceremony.