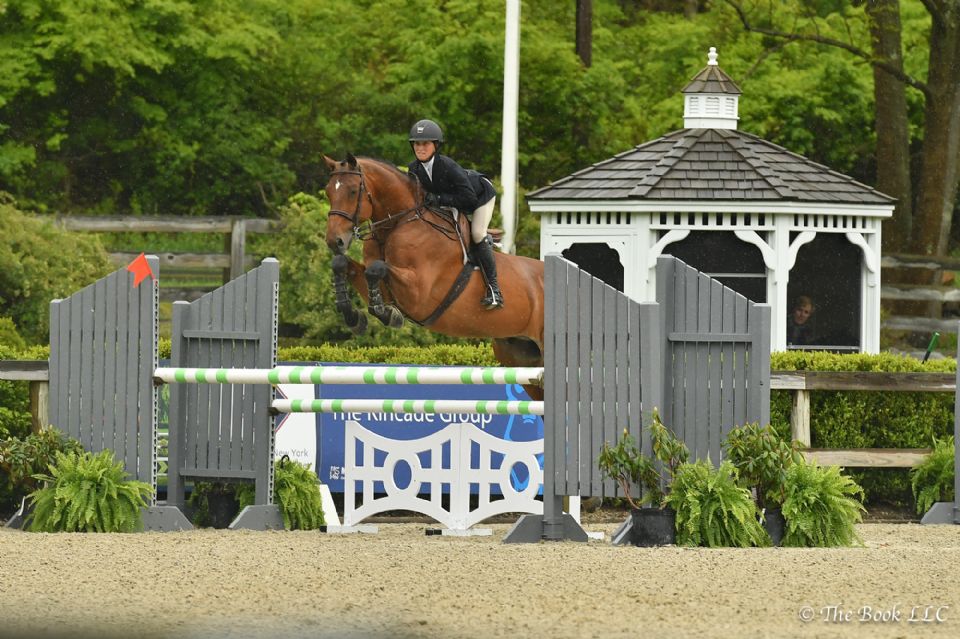 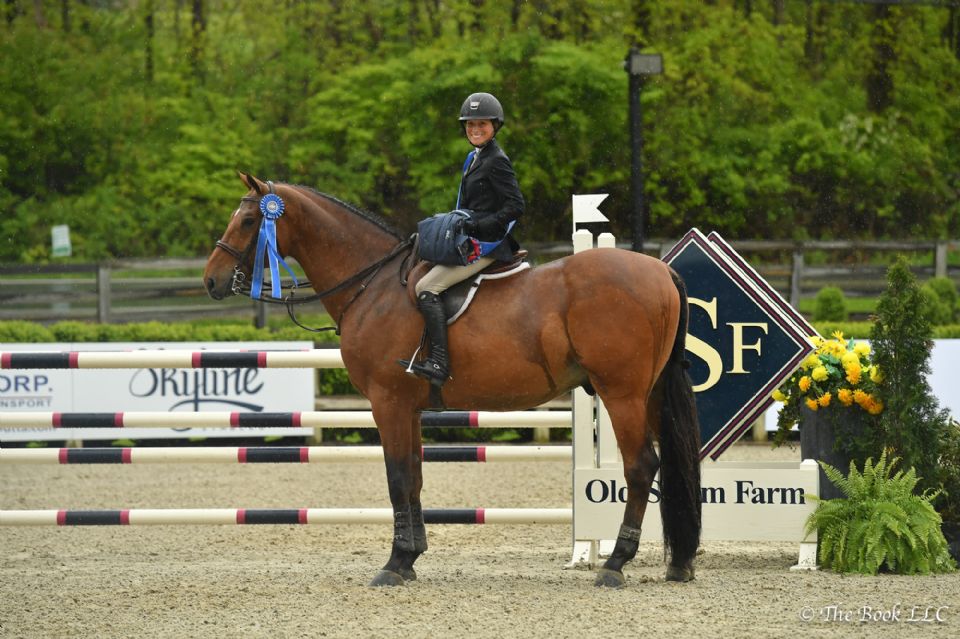 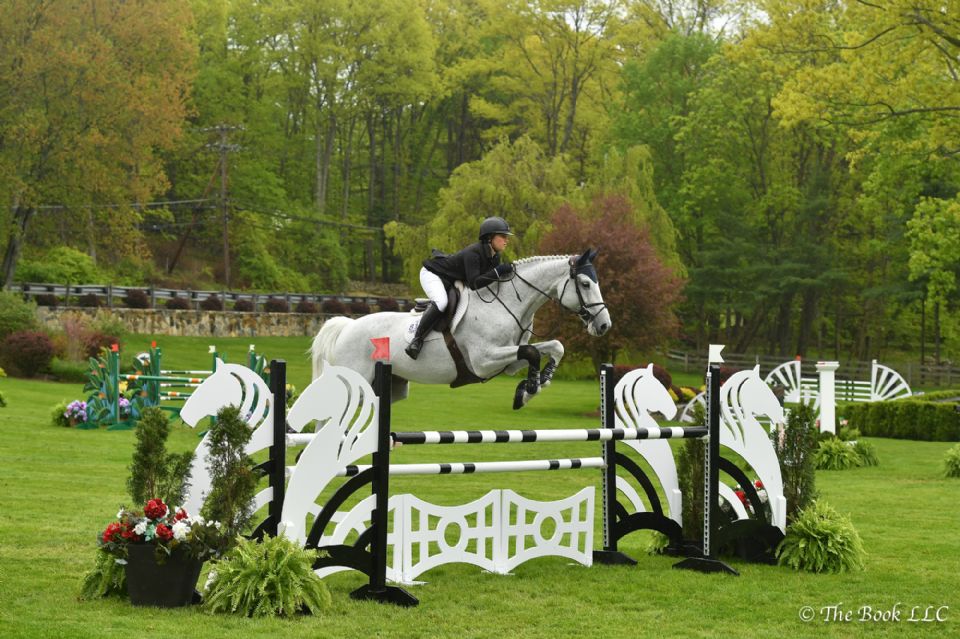 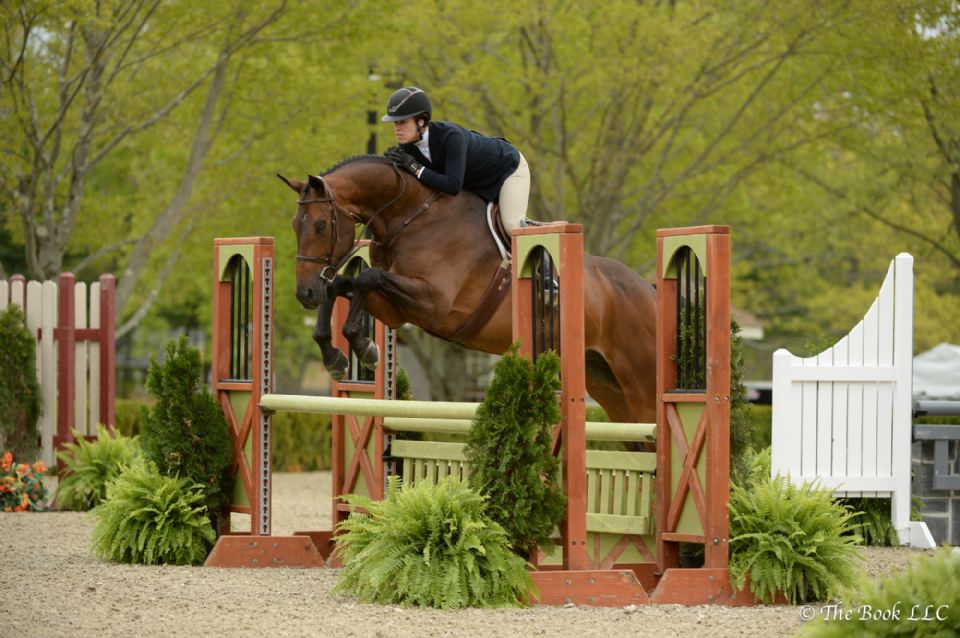 After leading both rounds of competition, St. Jacques’ two scores of 86 and 88.5 were combined for a 174.5 total. She piloted Charisma under the tutelage of trainers Andre Dignelli and Patricia Griffith of Heritage Farm based in Katonah, NY.

“He was absolutely perfect,” said St. Jacques of the Heritage Farm-owned mount. “We came into the first round and as soon as I walked in the ring, I could feel he wanted to win. He was on his absolute best behavior, and he did everything I asked so perfectly.

“The second round felt exactly the same,” continued St. Jacques, who returned last to go in the second round carrying the highest score out of 18 riders. “I think he knows when he is coming back on top because he walked in and he was game. I could not have asked for him to be any better.”

A single point behind St. Jacques in Saturday’s event was Samantha Cohen of New York, NY, who finished second on a score of 173.5. Caroline Dance of West Chester, PA, pocketed a score of 171.25 to finish third, while Alexandra Pielet of Highland Park, IL, claimed fourth on 170.5. After winning the Equitation Challenge in 2016, Madison Goetzmann of Skaneateles, NY, earned a fifth-place ribbon with a score of 169.

Now in her last year as a junior rider, St. Jacques will make one final bid for year-end equitation finals, saying, “My biggest goal for my final year would be to win at all the major equitation finals.”

St. Jacques, who was seventh in the 2017 Equitation Challenge, is competing at the 2017 Old Salem Farm Spring Horse Shows with hunter, equitation, and jumper mounts.

“This venue is gorgeous,” she said. “I love showing out on the grass for the jumpers, but everything is so stunning and I really like being here.”

Shulman and Quidam 13 finished the faults-converted speed derby track built by Ken Krome of Westminster, MD, fault-free in 75.705 seconds for their first derby win. McLain Ward (USA) and Balando, owned by Signe Ostby, finished second with a clear trip in 76.259 seconds for second place. Adrienne Iverson (CAN) was third in 79.870 seconds riding Analyze This for owner Kimberly Jakubowski, and Adrienne Sternlicht (USA) took fourth riding Raia d’Helby, owned by Starlight Farms, LLC, with one rail for a final time of 81.683 seconds. Ward also rounded out the top five aboard his own Bijou du Pont Rihen on four faults for a final time of 82.315 seconds.

Shulman has had the ride on Quidam 13 for five years after purchasing the mount as an eight-year-old.

“He was my first young rider horse, my first grand prix horse, and I know him really well,” said Shulman. “He is probably the bravest horse I have ever had in my life, and his stride is enormous, so in this big open field he is so game for whatever I ask.

“I looked up at the clock at 55 seconds and knew I was on it,” continued Shulman. “But, he bucked after the grob and it made the eight [strides] in the last line look super far away, but his stride is so huge that he made it up easily.”

Shulman and her mother Jill’s Back Country Farm has 28 horses competing at the Old Salem Farm Spring Horse Shows and Sydney feels right at home, saying, “I grew up showing here. I showed my first small pony here, and it is like our own home show. We love it here!”

Jumper competition continues Sunday with the featured $50,000 Old Salem Farm Grand Prix CSI2*, presented by The Kincade Group, taking the spotlight on the Grand Prix Field at 1 p.m. ET. In hunter competition, the Grand Pony, Children’s, and Junior Hunter Champions will be crowned.

Spectators are welcome at the Old Salem Farm Spring Horse Shows. General admission to Old Salem Farm is free Wednesday through Friday. On the weekends of May 13-14 and 20-21, admission is $15 for adults and $10 for seniors and children under 12. Tickets are available at OldSalemFarm.net.