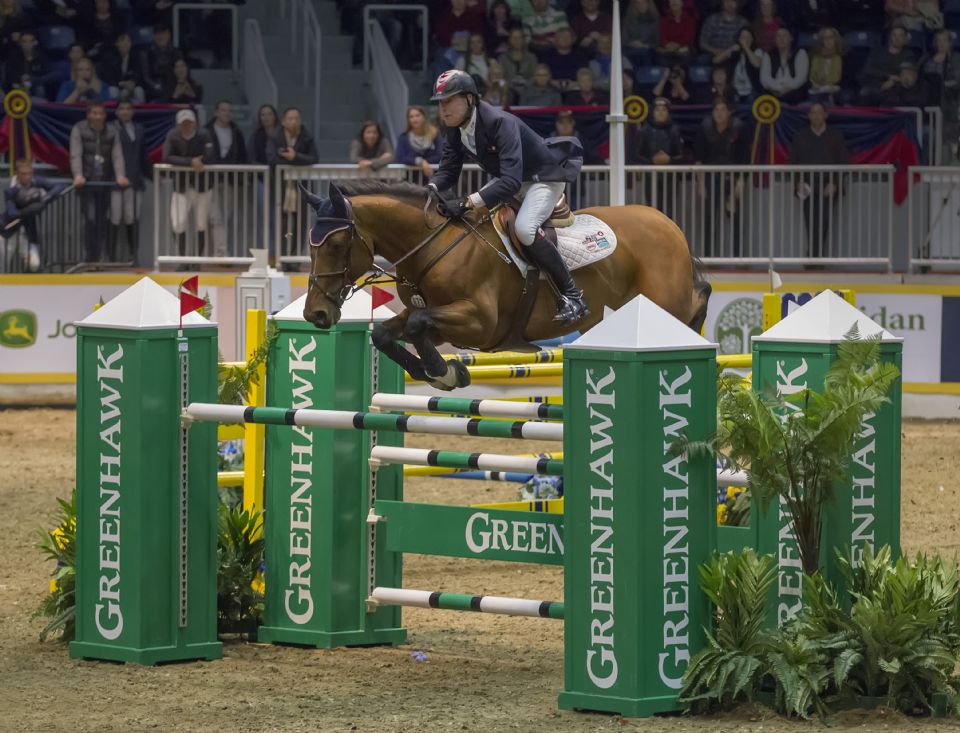 Since its inception in 1922, the Royal Horse Show has delivered the very best in equestrian sport. The 2015 edition promises to set the bar even higher when the world’s best athletes and horses travel to downtown Toronto to compete at the Royal Horse Show from November 6 to 15 at Exhibition Place.

Show jumping has long been the hallmark of the Royal Horse Show, and the top-ranked riders in the world are routinely among the stars that shine during the toughest international competitions. With the addition of Longines as the title sponsor of Wednesday’s $125,000 FEI World Cup Grand Prix, a new level of excitement is building. Will the newly crowned Pan American Games Champion, Mclain Ward of the United States, once again prevail in Toronto? Or will it be someone else’s turn to hoist the inaugural Longines World Cup trophy? Spectators are guaranteed an exciting night of competition to determine the outcome.

Show jumping action will be ignited on opening weekend with the Greenhawk Canadian Show Jumping Championships, running alongside the ever-popular Horseware Indoor Eventing Challenge which sees Olympic-caliber competitors navigating both natural obstacles and traditional show jumping fences in the Ricoh Coliseum. The fastest time wins, encouraging riders to go for broke in their quest to top the leaderboard.

The beauty and artistry of dressage will capture the audience’s imagination while two nights of hunter derby competition sees the sport return to its roots. Meanwhile, the Ontario Toyota Dealers Rodeo brings out the cowboy in everyone!

Perhaps one of the best features of the Royal Horse Show is the opportunity for children of all ages to get up close and personal with the riders and horses. A walk through the barns gives spectators a behind-the-scenes look at the care that goes into maintaining top show horses. A horse preparing to compete may be getting groomed for his show ring appearance, while ones that have finished for the day may be enjoying a bath or a late-night meal while their stalls are bedded down for the night.

It’s not only horses that enjoy a meal at the Royal. In addition to the best indoor competition found anywhere in Canada, the Royal Horse Show offers unlimited opportunities for hospitality. Great entertainment, numerous restaurants and bars, and countless gourmet food stands give visitors a range of choices for socializing. When it comes time to watch the Royal Horse Show, Platinum seats, individual tickets or Sky Suites for groups give everyone a view to the action. The addition of Terrace Tables overlooking the Ricoh Coliseum proved so popular last year that they are on track for a sell-out season in 2015!

And while the competition may be serious, special entertainment features will provide comic relief in the form of Mini Chuck Racing! Miniature horses and miniature chuck wagons steered by full-grown cowboys racing against each other are sure to have the crowd laughing on opening weekend while the majesty of equine theatrical group, Cavallo Equestrian Arts, will provide spine-tingling performances highlighting the bond between horse and man during the final four days of competition.