Starting Tomorrow! The US Dressage Finals Presented by Adequan® 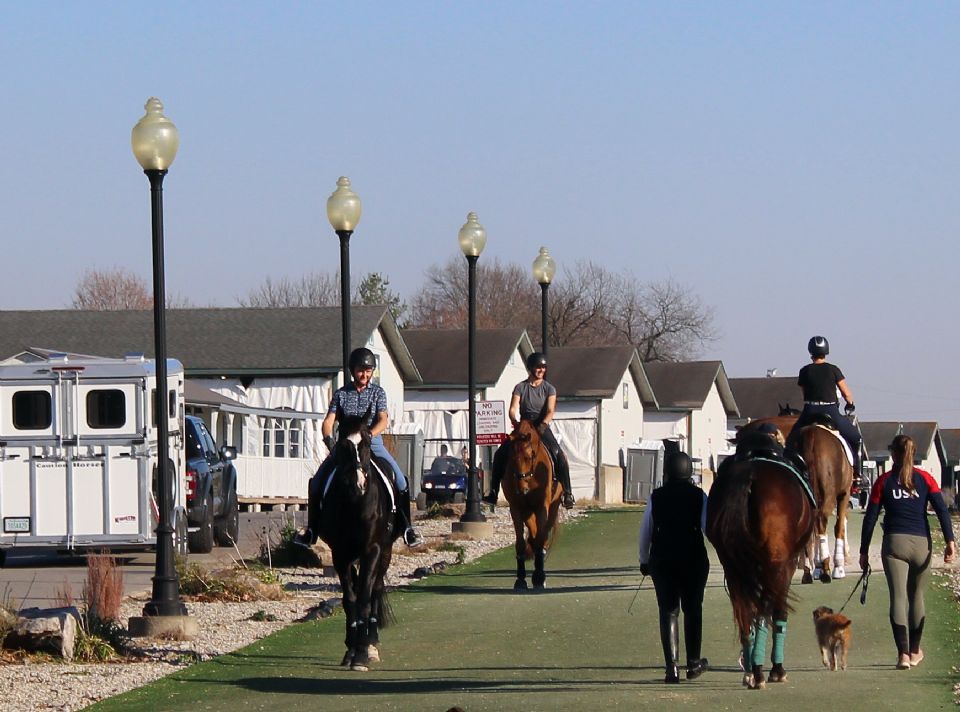 Seven rings of competition will be in use during this year's show.
Photo by Katie Lewis 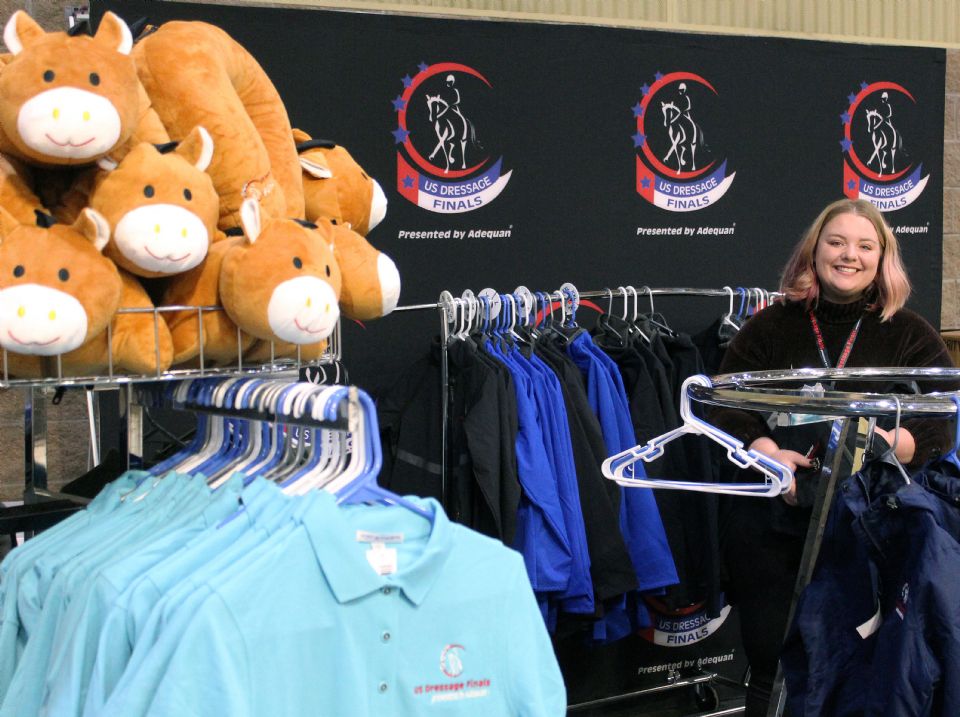 Visit the Vendor Fair for your holiday shopping!
Photo by Katie Lewis 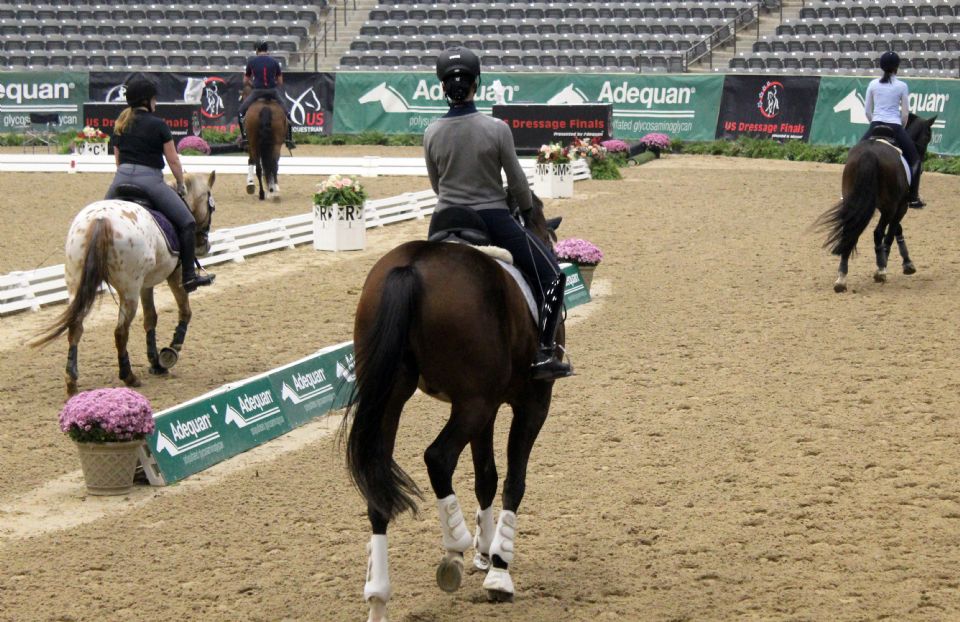 Riders and horses warm up to prepare for the 2022 US Dressage Finals presented by Adequan®.
Photo by Katie Lewis 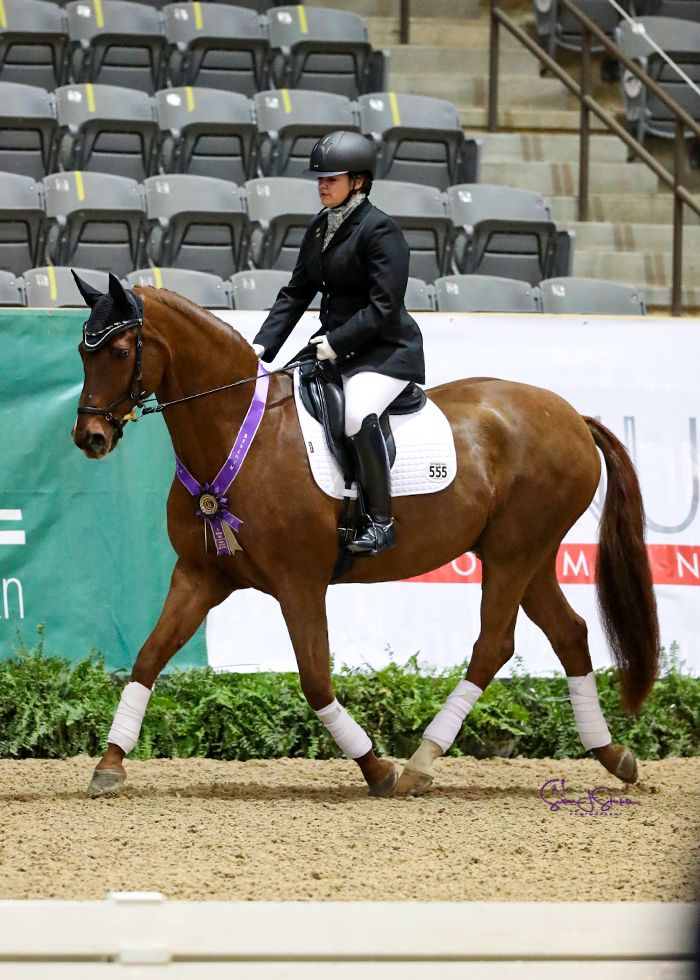 Rebecca Polan and Durand-Ruel will return to the US Dressage Finals presented by Adequan® for the second time.
Photo by SusanJStickle.com

As trailers roll into the Kentucky Horse Park, the finishing touches are being set for the 2022 US Dressage Finals presented by Adequan®. Welcoming more than 500 horses to compete from Training Level to Grand Prix, 36 championships and more than $120,000 in prize money are on offer through the four-day event, which runs November 10-13, 2022, in Lexington, KY. Daily coverage of the show can be found at the USDressageFinals.com website.

While spectators are invited to attend with free admission each day and evening of the show, those who can’t make it can still watch competition live from the Alltech Arena on USEF Network.

The trade fair welcomes 45 vendors and sponsors for everyone to start their holiday shopping, ranging from equine health products, rider apparel, and tack, to home furnishings, jewelry, and U.S. Dressage Federation and official US Dressage Finals merchandise. Wander the concourse at Alltech Arena to see all that’s on offer!

Former event rider Rebecca Polan will be riding Durand-Ruel at the US Dressage Finals presented by Adequan® for the second time, this year at Second Level as an adult amateur. However, the story of how this duo found each other is anything but smooth sailing as Polan went through two major injuries.

“I evented for many years through the old two-star level and that horse, Close The Deal, had some injuries so we took up dressage and went to Prix St. Georges,” explains the 45-year-old Polan, who earned her silver medal with the horse before he was leased to a young girl to learn the ropes.

“I then went through a couple of young horses and ended up with a really fancy one, called To Be Frank. He was great as a four- and five-year-old, but when he turned six he got very strong and developed a really fancy buck,” she says.

The first accident wasn’t actually the horse’s fault: Polan had just finished a lesson when both of the saddle billets broke at the same time and she fell off backwards, breaking her tailbone in three places. A year later, she was back on board when Frank overreacted to a leaf and bucked her off, shattering her sacrum in four places.

“In 2019, while I was recovering, my main trainer Emily Beshear rode him, but one day she said, ‘This isn’t going to work. He’s a nasty bucker. You have a real job, and you don’t have time for this.’ It just so happened that her husband was my vet, and he had an older horse, Durand-Ruel, for sale. We ended up trading and Emily rode Durand for 18 months while I recovered.”

With her confidence in tatters but with the desire to compete still very much alive, Polan embarked on getting back in the competition ring, even though her injuries hampered her riding.

“Last year I finally felt better, so I took this horse who had competed Third Level and did some Training Level tests, just trying not to be terrified,” adds Polan, who is CEO of her family’s manufacturing and logistics business, REO Processing. “We went to nationals at First Level last year — I still couldn’t sit the trot as my tail bone hurt so much — and finished seventh. I hope we end up in the top 10 again. I take a lot of lessons as an Adult Amateur, but I also ride a lot by myself so to be able to finish out the season like this is amazing.”

Durand-Ruel is a 16-year-old Oldenburg by Don Romantic x Rubinstein, who was imported as a two-year-old. Polan acquired him as a low mileage 13-year-old.

“I had PTSD from the bucker, and it took a long time to not flinch every time a leaf flew by,” continues Polan, who is going to make the eight-hour drive to Lexington with Durand herself. “When I first heard about Durand, I said I didn’t want an old, trained horse — that’s so boring — but he’s made me a much better rider and I’ve learned so much more from a horse with experience than I ever imagined possible. As an AA, riding is supposed to be your fun and your zen, but I had knots in my stomach. I’m very lucky to have found a horse like Durand. He’s got a home forever with me.”