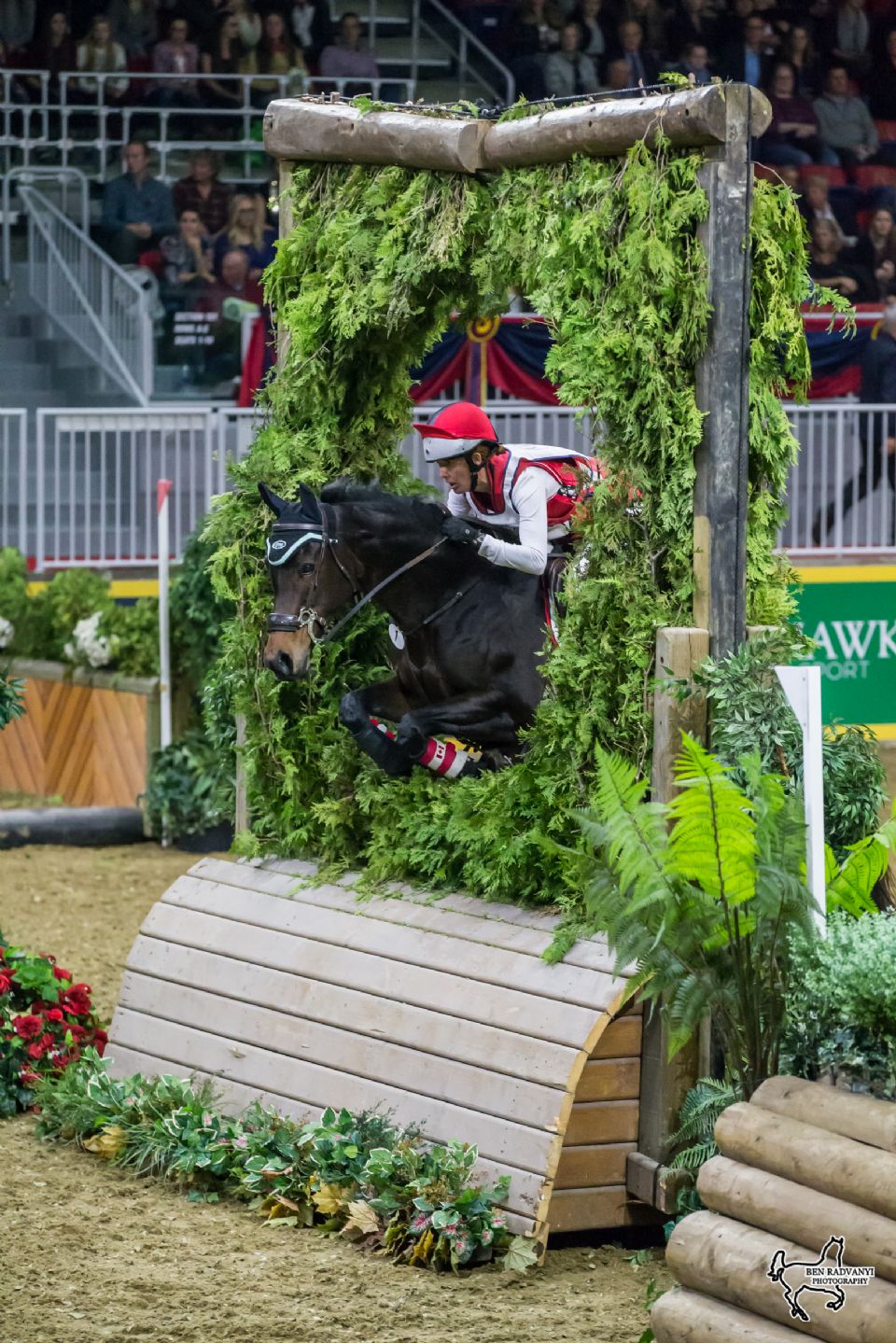 Canadian Olympian Selena O’Hanlon of Kingston, ON, will contest the $20,000 Horseware Indoor Eventing Challenge on November 3 and 4 at the Royal Horse Show, held as part of the 95th annual Royal Agricultural Winter Fair running from November 3 through 12 in Toronto, ON.
Photo by Ben Radvanyi Photography

The thrilling $20,000 Horseware Indoor Eventing Challenge will be featured on Friday and Saturday evenings, November 3 and 4, at the Royal Horse Show, held as part of the 95th annual Royal Agricultural Winter Fair running from November 3 through 12 in Toronto, ON.

“I have been competing in the Indoor Eventing Challenge at The Royal every year since its inception,” said O’Hanlon, a veteran of Olympic and World Equestrian Games competition.  “I have been going to the Royal Horse Show long before I started competing in indoor eventing; when I was growing up, my mother owned stallions that would compete in breed competitions at The Royal, and I remember sleeping on tack trucks in the barn and exploring every inch of the fair.  There is something to do for everyone who attends.

“My horse is very cat-like and is an excellent jumper,” continued O’Hanlon, who will pilot Uptown Girl, owned by Linnea Given, in this year’s event.  “I know her well, and she knows her job.  My goal is to keep our turns smooth, and she will look after me.  Overall, I just want to have a good time!”

O’Hanlon will face stiff competition from popular U.S. Olympian Boyd Martin of Cochranville, PA, who finished in third place behind O’Hanlon at the Fair Hill International and will be seeking revenge in his Royal debut.  Crowd favourite Waylon Roberts of Port Perry, ON, also knows a thing or two about winning at The Royal, having claimed the Horseware Indoor Eventing Challenge title a record eight times.

Great Britain’s Mark Phillips will once again design the courses for this year’s Horseware Indoor Eventing Challenge.  An internationally-renowned course designer who has set the tracks for some of the most prestigious three day events around the world, Phillips will create a course comprised of solid, natural cross-country obstacles as well as delicate stadium fences.  Penalties are accumulated over the two nights of competition, and the rider with the lowest combined score will be declared the winner of the Horseware Indoor Eventing Challenge.