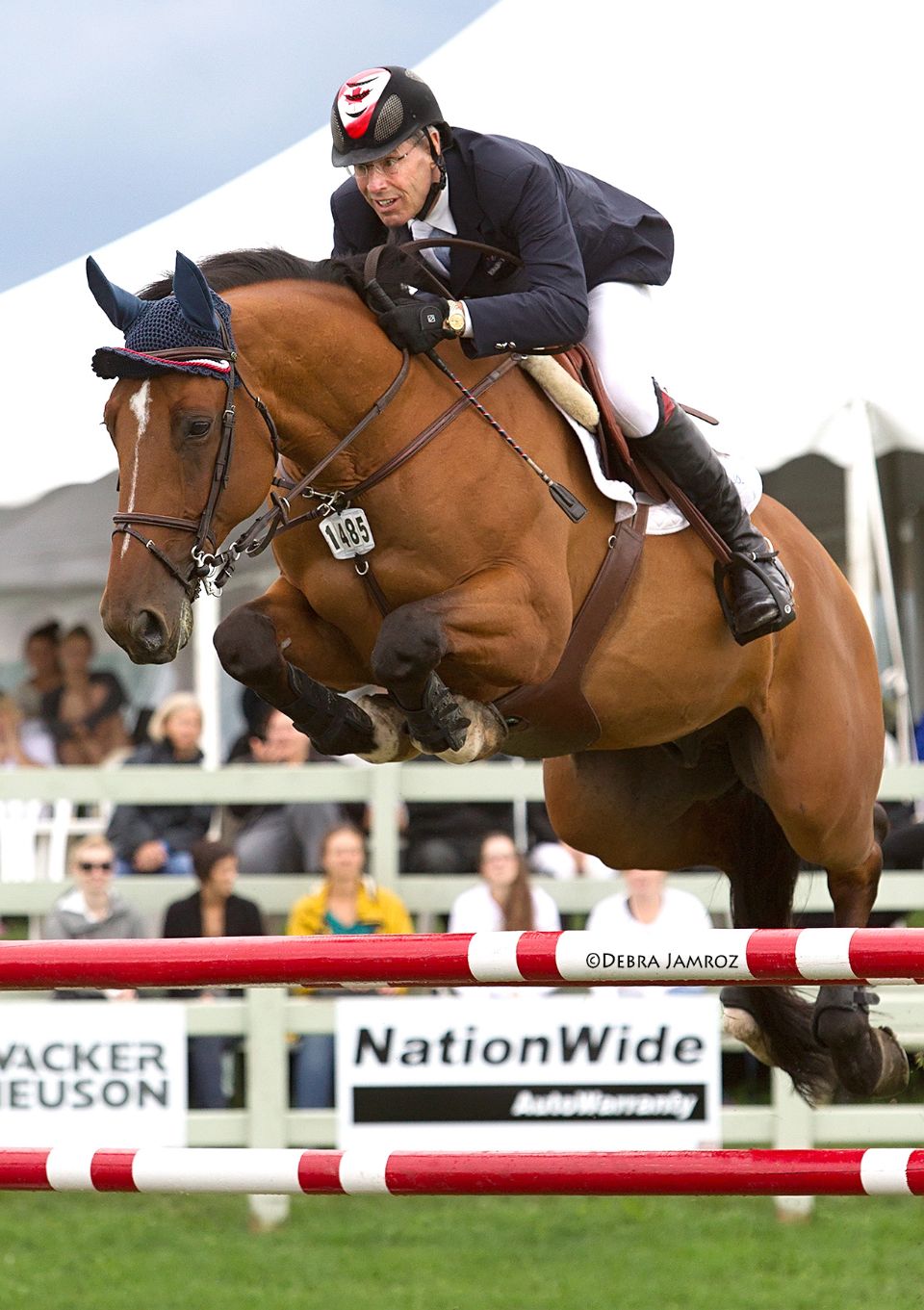 Ten-time Canadian Olympian and local area resident Ian Millar is an advisor to the Ottawa International, which brings show jumping back to the Nation’s Capital from June 17 to 21.
Photo by Debby Jamroz.

World-class show jumping returns to the Nation’s Capital with the new Ottawa International scheduled for June 17 to 21 at Wesley Clover Parks in Ottawa, ON.

Conveniently located at the Moodie Drive exit off the 417 highway, Wesley Clover Parks brings equestrian sport to the heart of Ottawa. Formerly the Nepean National Equestrian Park, the multi-faceted recreational facility has undergone a major transformation since being under new management. Wesley Clover Parks will launch the Ottawa International as the first major show jumping tournament to be held in Ottawa since 2011.

“Ottawa has a great legacy of top quality show jumping, and we are so happy to be bringing the sport back to the community,” said Karen Sparks, Executive Director of Wesley Clover Parks. “Ian Millar and Jill Henselwood, both Olympic medalists in show jumping, call the Ottawa area home. I am excited to have a venue where they can showcase their talent in front of a home audience.

“I think a major show jumping tournament is something that’s been missed by the local community, as they have always been so supportive of our sport,” continued Sparks. “We have a world-class grass arena to jump on at Wesley Clover Parks, and now we are bringing back a world-class show jumping event.”

Ten-time Olympian Ian Millar of Perth, ON, has been one of the advisors throughout the transformative process, and is extremely supportive of the efforts being made by Wesley Clover Parks to launch the new Ottawa International event.

“This is my sport and this is my hometown, and I could not be more pleased to see show jumping being showcased once again in Ottawa,” said Millar, who set a world record by making his tenth Olympic appearance at the 2012 London Olympics. “What Wesley Clover Parks is doing has many facets, and will have a big impact on the local community from many angles, not least of which is the economic impact. The development of the next generation through sport is also something I am a big believer in. The work that Wesley Clover Parks has done, and is committed to doing, is commendable and is a true asset to our community.”

Over five days of competition, some of the best horses and riders will be tested at the Ottawa International. Featured events include the $10,000 1.40m Open Welcome and the $35,000 1.45m Brookstreet Grand Prix on Saturday, June 20. Hunters will have their turn in the spotlight during the $10,000 CHDS Open Hunter Derby and the $5,000 Wesley Clover 3’ Junior/Amateur Hunter Classic. A full slate of additional hunter, jumper and equitation classes are also offered.

Guilherme Jorge, who has been appointed the course designer for the 2016 Rio Olympic Games, will be setting the show jumping tracks in the main arena. Mike Lawrence will act as show manager, Duncan Oswald will be the operations manager, and the show office will be handled by Equestrian Management Group (EMG).