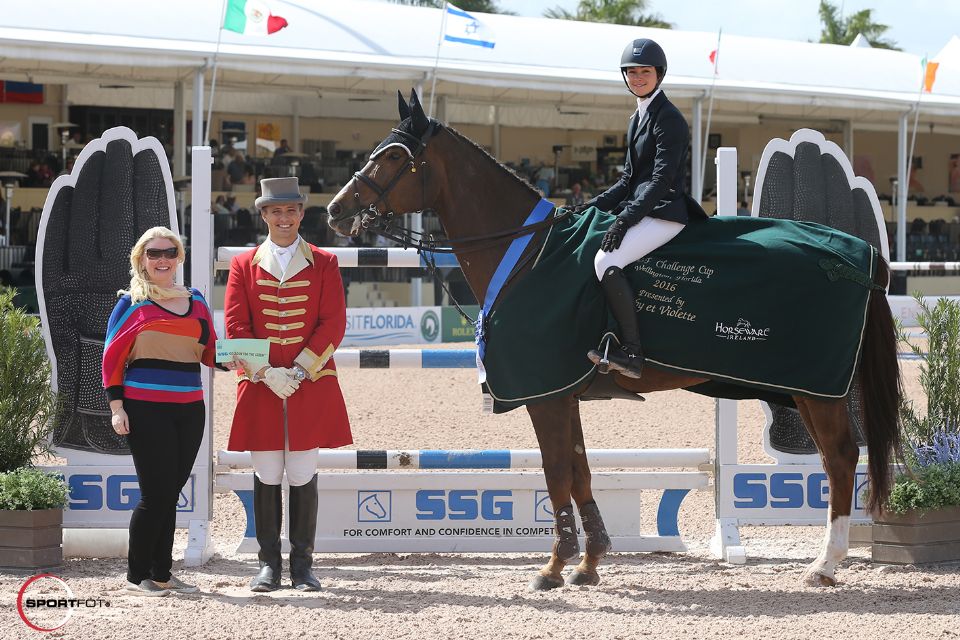 SSG Gloves “Go Clean for the Green” promotion manager Jennifer Ward presents Reed Kessler with a $3,000 bonus following her win with Cylana in the $130,000 Ruby et Violette WEF Challenge Cup Round IX on March 10 at the Winter Equestrian Festival in Wellington, FL.
Photo by Sportfot 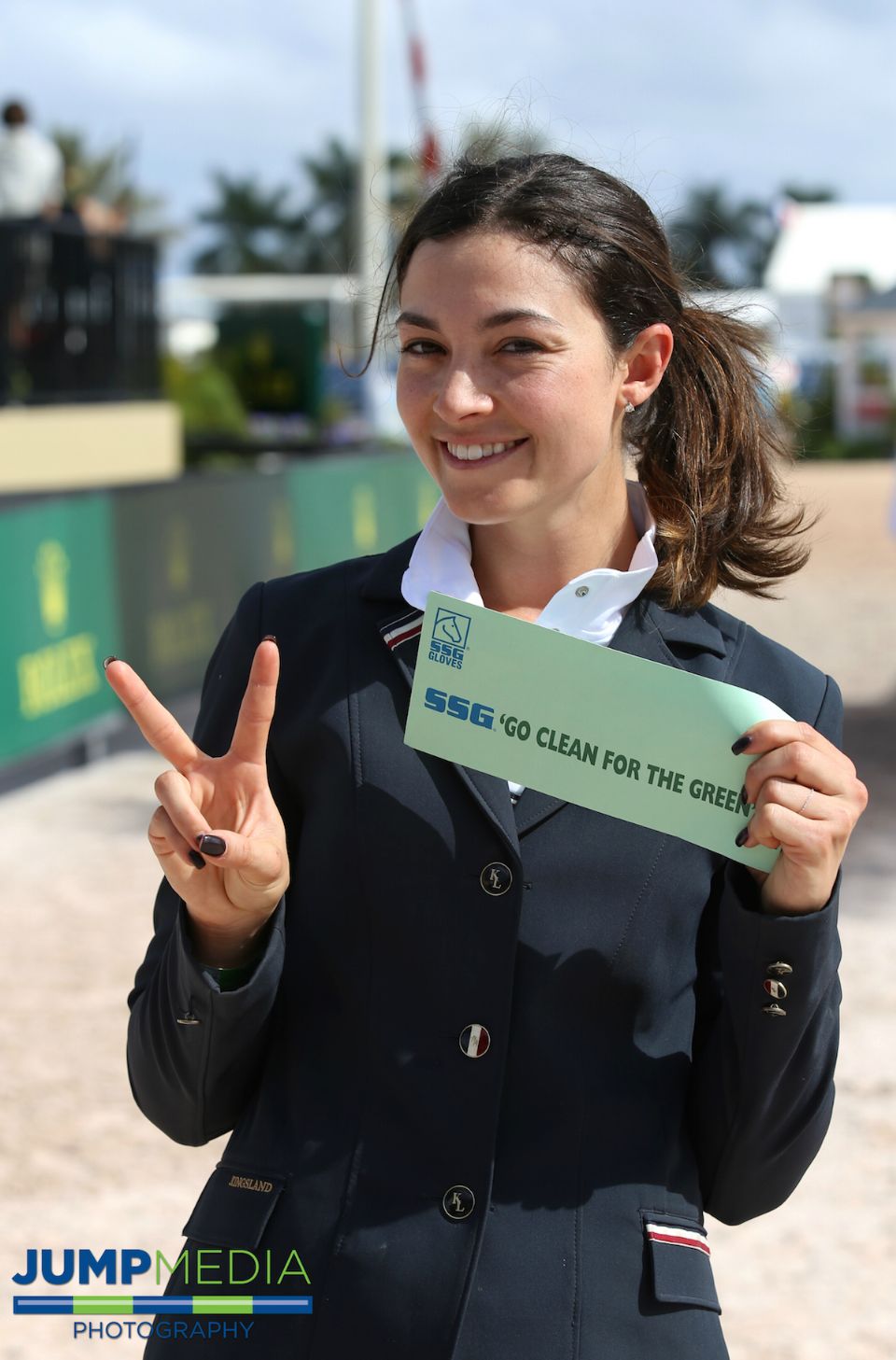 Competing for the final week in Florida before returning to her home base in The Netherlands, Kessler made the most of her time in the International Arena for Thursday’s WEF Challenge Cup Round IX.  She and Cylana, a 14-year-old Belgian Warmblood mare (Skippy II x Darco) owned by Kessler Show Stables, topped a starting field of 74 entries.  One of seven entries to jump clear over the first round track set by Irish course designer Alan Wade, Reed and Cylana topped the jump-off with another clear in the winning time of 43.51 seconds.

SSG Gloves are popular with the Kessler family.  So popular, in fact, that 21-year-old Kessler almost didn’t have her lucky gloves for Thursday’s competition.

“I reached in my bag before the class and realized that my mom had borrowed my gloves,” said Kessler, whose parents also compete at the Winter Equestrian Festival.  “I wasn't planning to go 'banana sandwich' fast, but I knew I better wear them.  I called my mom and asked her to bring them over.  It was a twist of fate, and I was lucky I did that!”

With Cylana feeling off-form in the eighth week of competition at the Winter Equestrian Festival, a win during week nine was redeeming for Kessler.

“She jumped really well in the WEF last Thursday and I was flatting her in the days after and she was fine on her legs, but was behaving a little funny,” said Kessler.  “She didn’t feel one hundred percent.  I was so stressed about it that I gave myself an ulcer and was in the hospital on Tuesday.”

Following a few quiet days at the beginning of week nine, Cylana returned to the International Arena in top form to claim the win on Thursday.

“That horse is more than a horse to me,” said Kessler.  “I never want to jump her when she isn't right.  Whatever was bothering her is totally fine this week.  I felt relief after that round because we had such a poor week last week.”

With a second Ruby et Violette WEF Challenge Cup win under their belts and a total of $6,000 earned in bonus money from SSG Gloves, Kessler and Cylana will now turn their attention to the $380,000 CSI5* Douglas Elliman Grand Prix on Saturday evening, March 12.