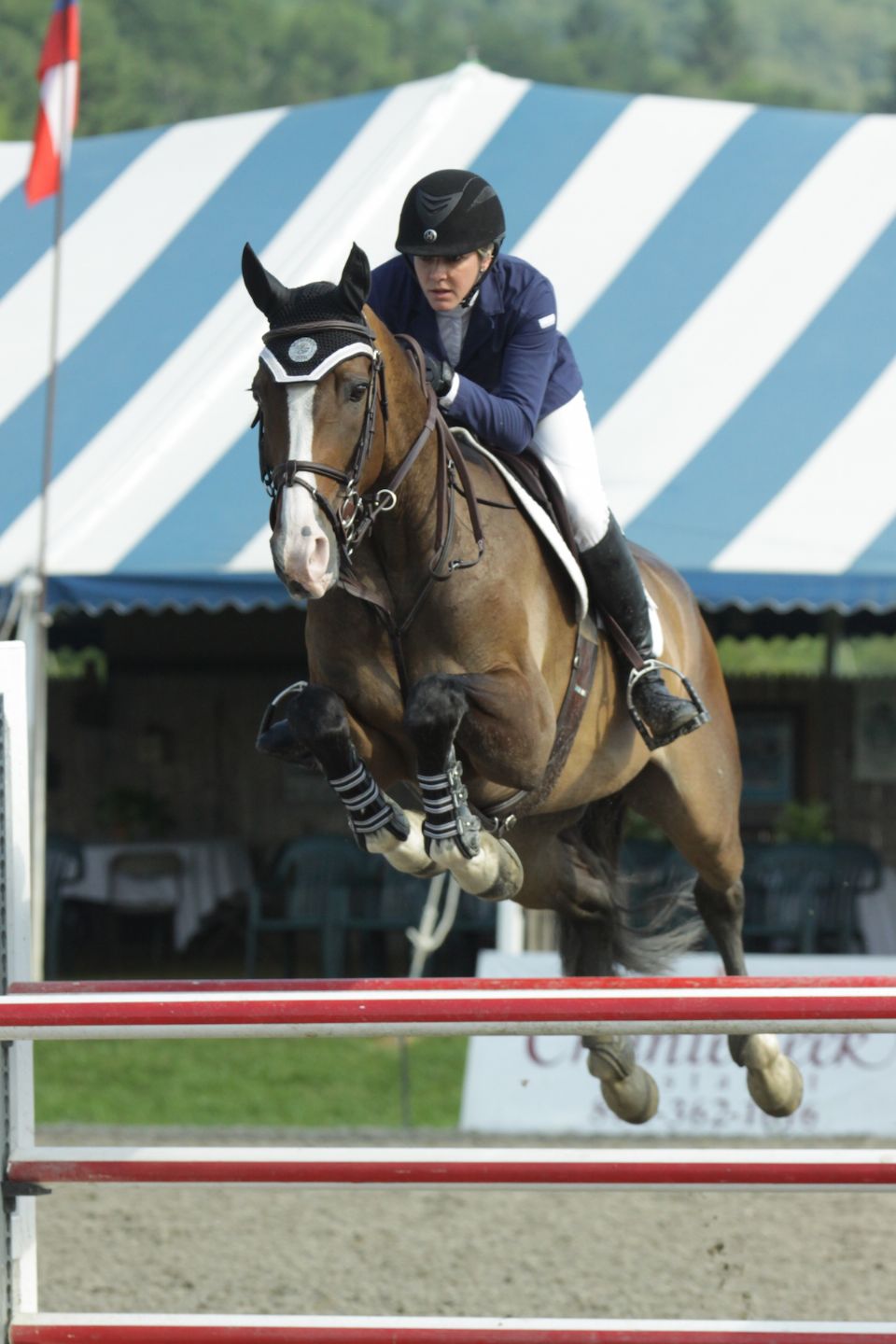 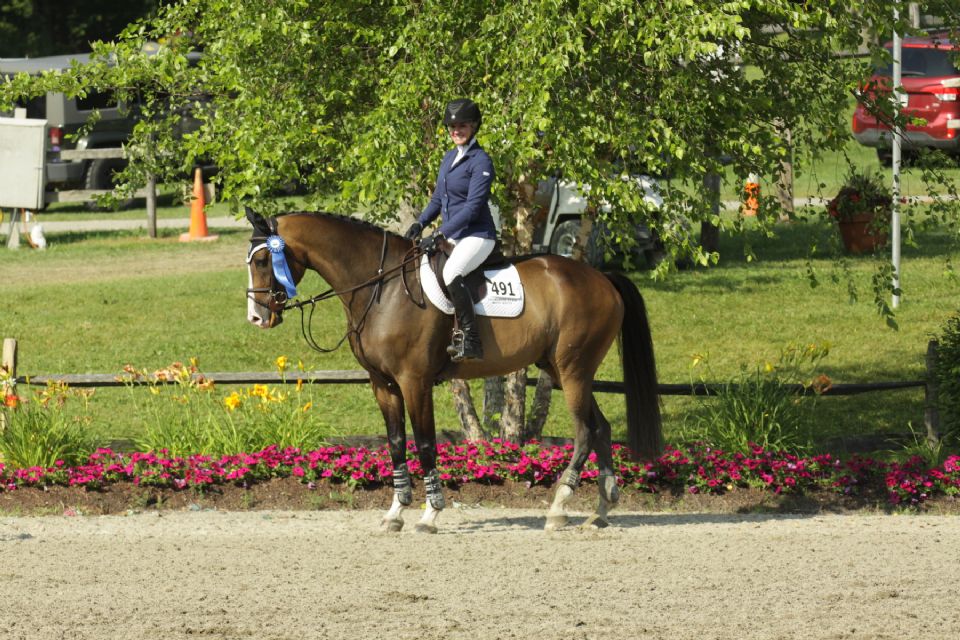 Rebecca Meitin of Winter Park, FL, and her own Zulu closed out the third week of competition at the Vermont Summer Festival with a win in the $2,500 Marshall & Sterling Adult Amateur Jumper Classic on Sunday, July 19. The Vermont Summer Festival runs for six consecutive weeks, from June 30 through August 9, at Harold Beebe Farm in East Dorset, VT.

Julia Acierno of New York, NY, and her own Aragorn were the first competitors in the 20-horse field to leave the jumps in their cups from the seventh spot in the starting order. Eight trips later, Kathleen Diana of Saint James, NY, and her own Amstel E assured the Sunday morning crowd of a jump-off. They were later joined by Sarah Capuano of Scottsdale, AZ, on her own Albratroz VDL, Meitin with Zulu, and Jill Pami of Glen Rock, NJ, abroad Fandango, owned by Seth Merrin.

Returning first, Aciemo pulled two rails in a time 34.61 seconds. Diana was next and finished on four faults in 34.28 seconds. Capuano had a rail on the ground in 35.71 seconds before Meitin entered the ring and proved that the jump-off track could be jumped clear, crossing the timers clear in 36.30 seconds. Pami rounded out the jump-off field, but a heartbreak rail at the final fence left her with four faults in 34.87 seconds, handing Meitin the win with the only double-clear effort of the day.

Diana and Amstel E ended in second behind Meitin, with Pami settling for third on Fandango. Capuano riding Albratroz VDL and Aciemo aboard Aragorn finished fourth and fifth, respectively.

Meitin's show-ring relationship with Zulu is still growing after she purchased the nine-year-old Dutch Warmblood gelding only two months ago from Mexico's Eugenio Garza Perez.

“My trainers basically said this was the right horse for me and they were right,” said Meitin who riders with Ezequiel and Wendy Peralta at Seabreeze Farm in Geneva, FL.

After a two-year hiatus from the Vermont Summer Festival, Seabreeze Farm made a return visit to southern Vermont this year.

“We heard that this new footing was to die for and it really is amazing,” said Meitin. “I love it here and we will definitely be back.”

“The course was big and technical,” she said. “I was just thrilled to get to the jump-off and then we won it!

“Zulu is really easy on the mouth, very comfortable and turns on a dime,” she added. “But, he jumps really big, so if your leg isn't on, you're going to get launched. I've had to adjust to that because my other horses are push button.”

When not at a horse show, 33-year-old Meitin does philanthropy work with an Orlando-based charity called Guys With Ties. Her goal for Zulu is to compete in the Low Amateur Jumper divisions at the 2016 Winter Equestrian Festival in Wellington, FL, before moving up to the Medium division.

Also on Sunday, Lillian Kirbo of Tallahassee, FL, and and Jumbo Jet, owned by Helen Kirbo, won the $1,500 Marshall & Sterling Children's Jumper Classic. In the $5,000 NAL Low Junior/Amateur-Owner Jumper Classic, both Clea Newman Soderlund of Fairfield, CT, on her own Tabella and Saly Glassman of Gwynedd Valley, PA, aboard Doctori for Kindle Hill Affiliates crossed the timers with the same exact time to share first-place honors. Mackenzie Burns of Blairstown, NJ, and her own Third Degree took top spot in the $10,000 Show Jumping Hall of Fame High Junior/Amateur-Owner Jumper Classic, presented by Team Barber.

The weekly Horse Sport Canadian Sportsmanship Award was also presented on Sunday. Karine Perron of Montreal, QC, accepted the prize after week three of the Vermont Summer Festival. The new award, sponsored by Horse Sport Magazine, Canada's most respected equestrian magazine, will be presented each week during the circuit, with the winners collecting several prizes, including a subscription to Horse Sport magazine.