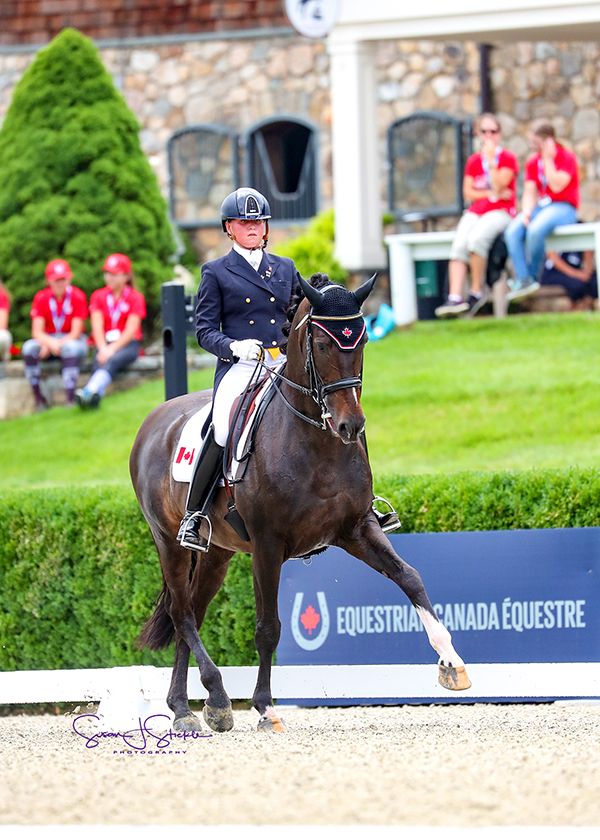 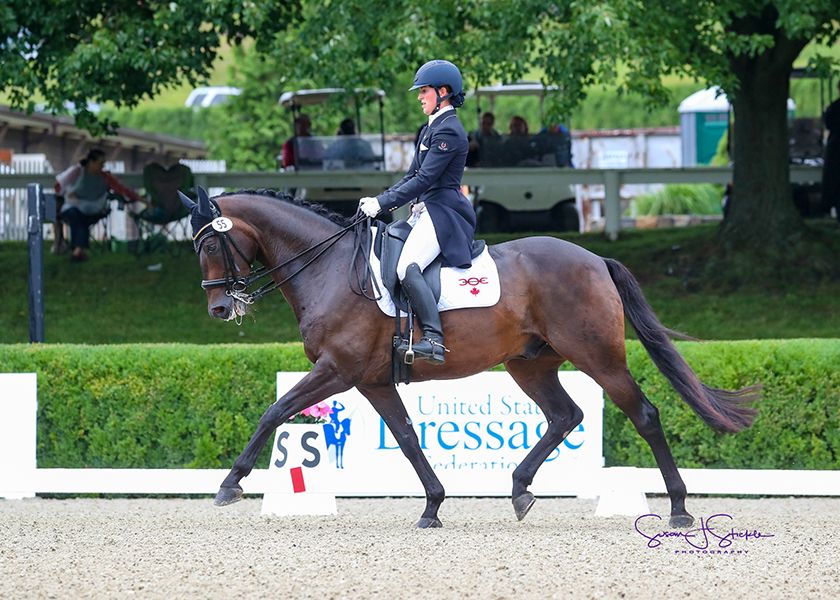 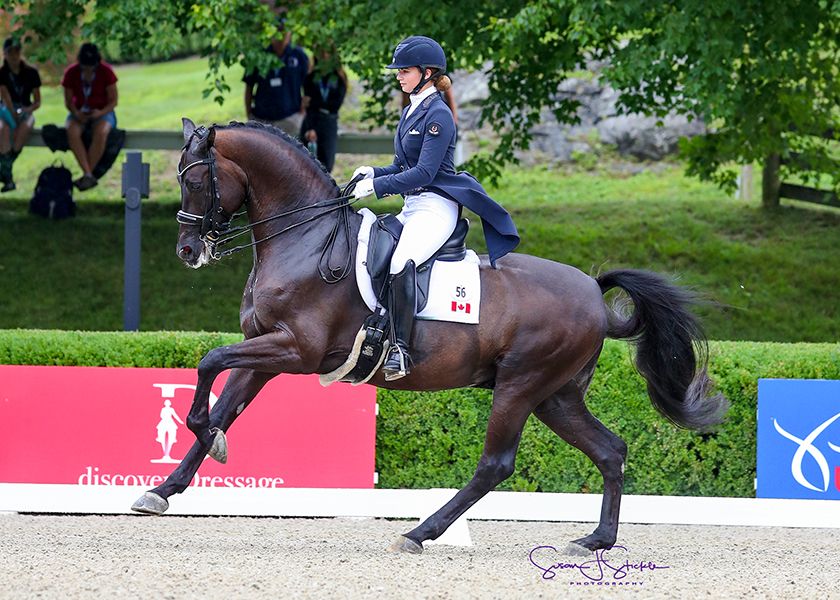 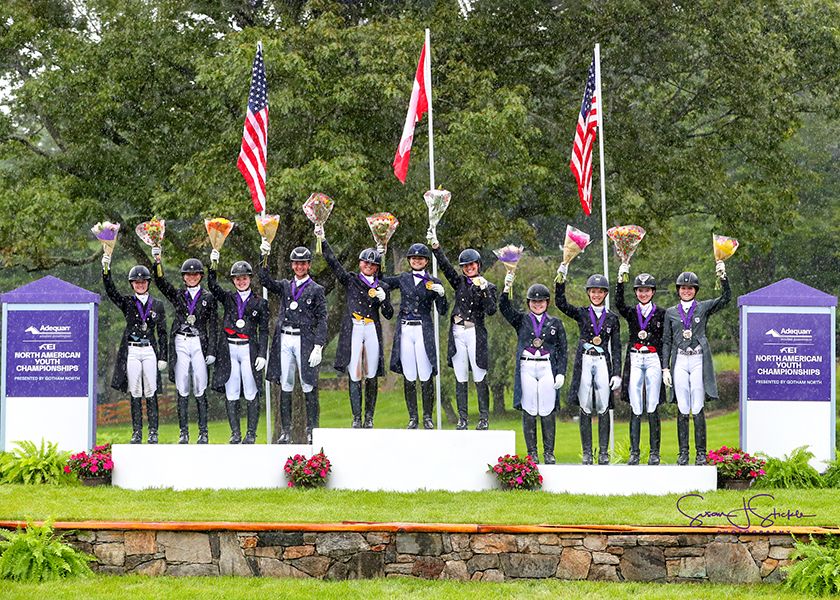 The Quebec/Alberta dressage team swept into the United States Dressage Federation (USDF) North American Young Rider Dressage Team Championship gold medal at the Adequan®/FEI North American Youth Championships (NAYC) presented by Gotham North at Old Salem Farm in North Salem, N.Y. The three-rider team claimed gold with a combined score of 210.145 ahead of the Region 4/7 combined team (202.646) and the Region 1 team (202.087) on the opening day of NAYC on Wednesday, August 1.

“It’s very special for us,” said Camille Carier Bergeron, 18, who as the final rider to go for the team clinched the gold for the Quebec/Alberta team with her score of 70.35% riding Baldacci, the 12-year-old KWPN gelding she owns with Gilles Bergeron. “We’ve been on the same team many times and we have a fantastic relationship.” Her teammates Rakeya Moussa of Edmonton, Alberta, who rode Davidoff v.h. Trichelhof, Susan and Mohammed Moussa’s 10-year-old gelding of unknown breeding, to a score of 71.32%, and Beatrice Boucher of Saint Dominique, Quebec, who rode Delfiano, Gilles Bergeron’s 15-year-old gelding of unknown breeding, to a score of 68.47%, joined Bergeron on the podium to collect their gold medals.

Bergeron, 21 and from Mascouche, Quebec, said she didn’t think about how crucial her score would be since the team did not have a drop score. “I was trying to focus on myself and my horse,” she said. “I was just trying to be in the ring and focus on our movements and nothing else. [When I saw the score] I just cried. I have no words, actually, thinking about all that my horse and I have been through, all the training. I’ve had him for one and a half years, and we’ve made so much progress. Being able to have a 70 percent at a championship is a dream come true.”

Boucher, Moussa and Bergeron rode together on the junior teams at NAYC in 2014, and Boucher and Bergeron competed as juniors again in 2015, with their teams earning fourth place as a team each year, which made this gold even sweeter. “It was very special because we were all on a team together when I was a junior and this is my last year, so I don’t know that I’ll be on a team with these girls again,” said Moussa, 21.

“Today I was just so happy with his rideability and consistency,” Moussa said of her test with Davidoff v.h. Trichelhof. “Pirouettes have not been his strong point, so I was excited to get those done well.”

Of Delfiano, Boucher said: “He has such a strong personality. He’s like a little puppy dog. He wants treats all the time and he’s looking for treats in your pocket.”

All horses in the junior dressage division passed the horse inspection. They will begin competition tomorrow with the USDF North American Junior Team Championship.

Check out the live stream of the NAYC on USEF Network continuing Thursday, August 2 with the USDF North American Junior Dressage Team Championship and the individual qualifying rounds of the North American Show Jumping Championships presented by the USHJA at 9:00 a.m. EST.