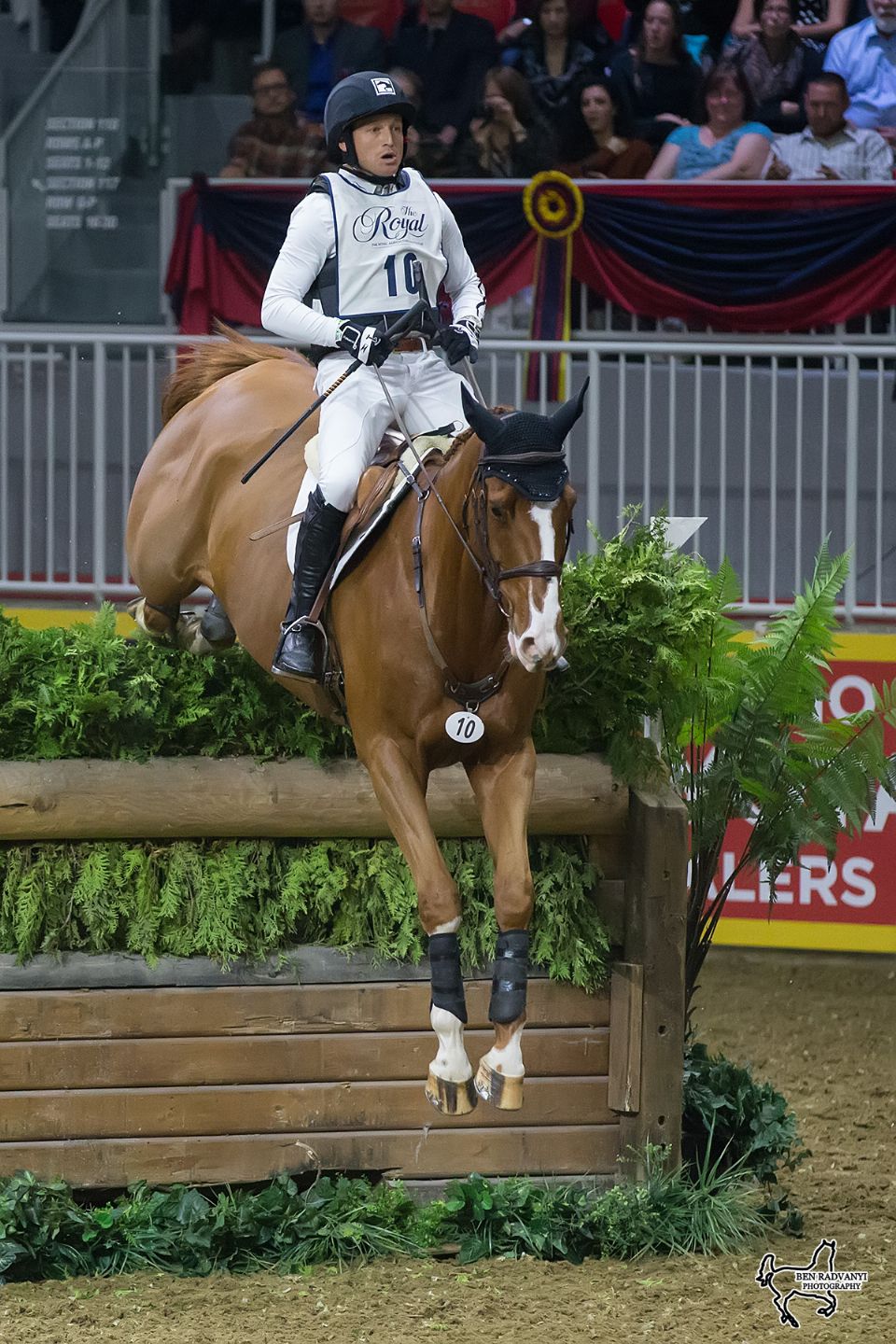 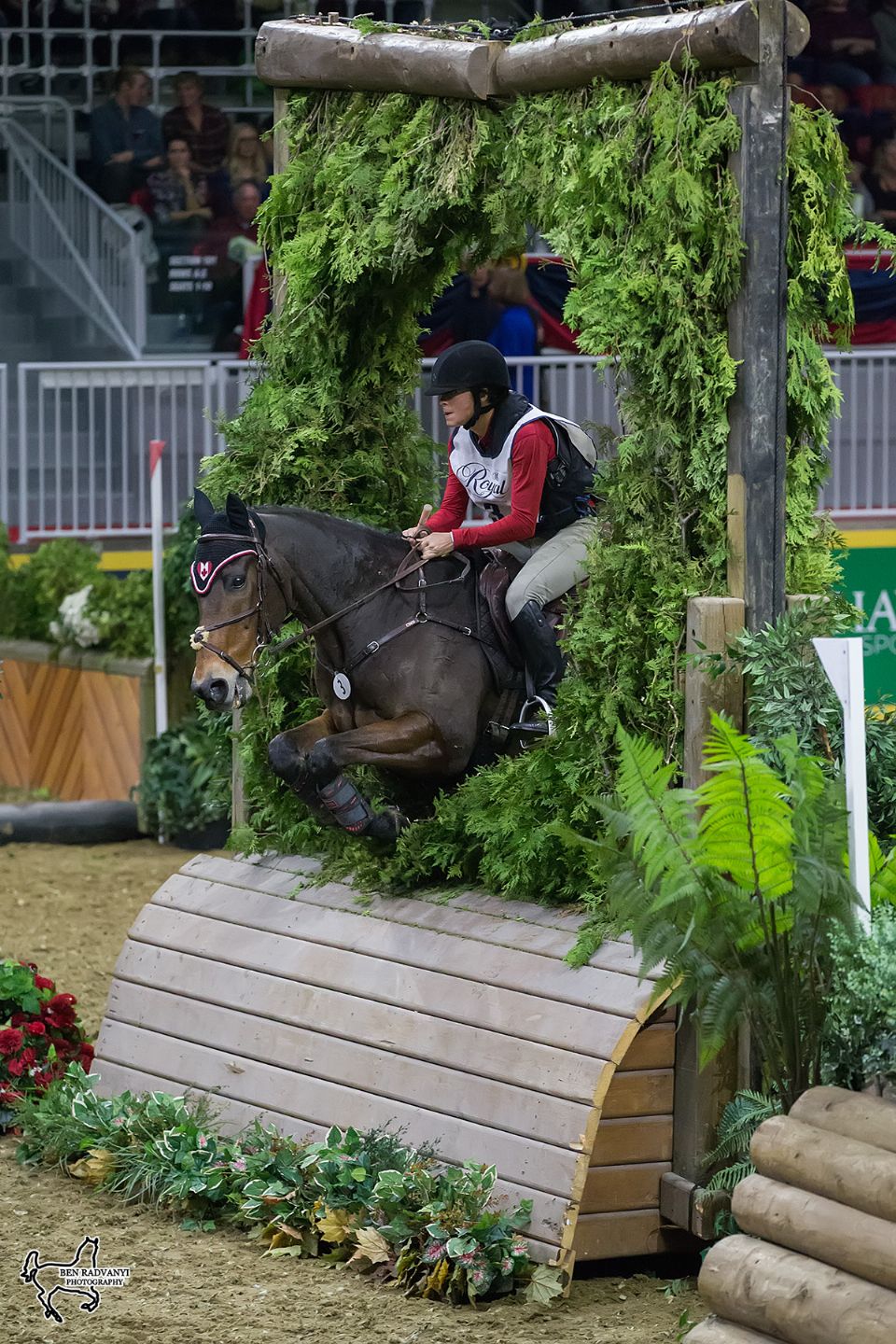 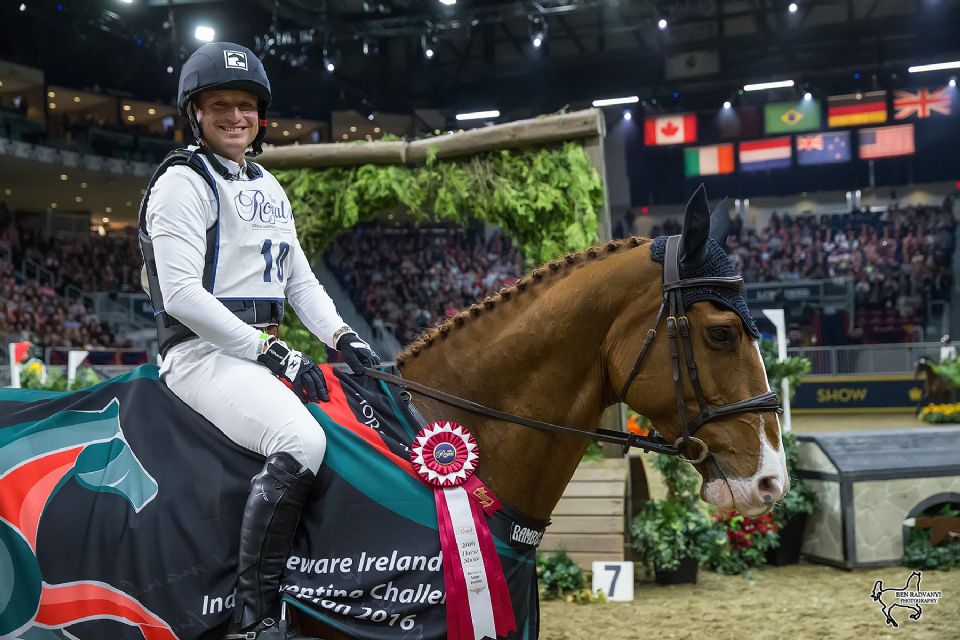 Jung, who won individual gold and team silver medals at the 2016 Rio Olympics, thrilled a full house in the Ricoh Coliseum by guiding Cruising Guy home in the fastest time to win the $20,000 Horseware Indoor Eventing Challenge.

Held over two rounds, riders came into Saturday’s competition carrying forward their opening phase penalties from Friday night. Ranked second behind Karl Slezak of Tottenham, ON, coming into the final phase of competition, Jung shot to the top of the leaderboard with a penalty-free time of 82.36 seconds when Slezak had two refusals riding Fernhill Wishes.

Jung’s win was especially remarkable, considering he had only ridden his winning mount, Cruising Guy, for the first time 24 hours earlier.

“I really felt more of a partnership with the horse tonight,” said Jung following his victory.  “He was really concentrated, and nearly in every moment he was super to ride.  He’s an experienced horse and very well prepared.  I just had a good ride with a good horse.  I have to say thank you to the team and to the horse.”

Jung made his first trip to Toronto a winning one over the 18-obstacle track set by course designer Captain Mark Phillips of Great Britain, himself an Olympic team gold medalist from the 1972 Olympic Games in Munich, Germany.

“I really liked the show,” said Jung, 34.  “It’s very beautiful, and the course designer is very experienced.  I’ve ridden many of his courses outside.  It’s totally different inside, but he did a good job.  It’s good competition.”

In addition to his success at the 2016 Rio Olympics, Jung won both the individual and team gold medals at the 2012 London Olympics and is one of only two riders to ever win the Rolex Grand Slam of Eventing, achieved by winning the CCI4* Rolex Kentucky Three Day Event (USA), the CCI4* Badminton Horse Trials (GBR), and the CCI4* Burghley Horse Trials (GBR) in succession.

Limited tickets for the Royal Horse Show can still be purchased by visiting royalfair.org or ticketmaster.ca.