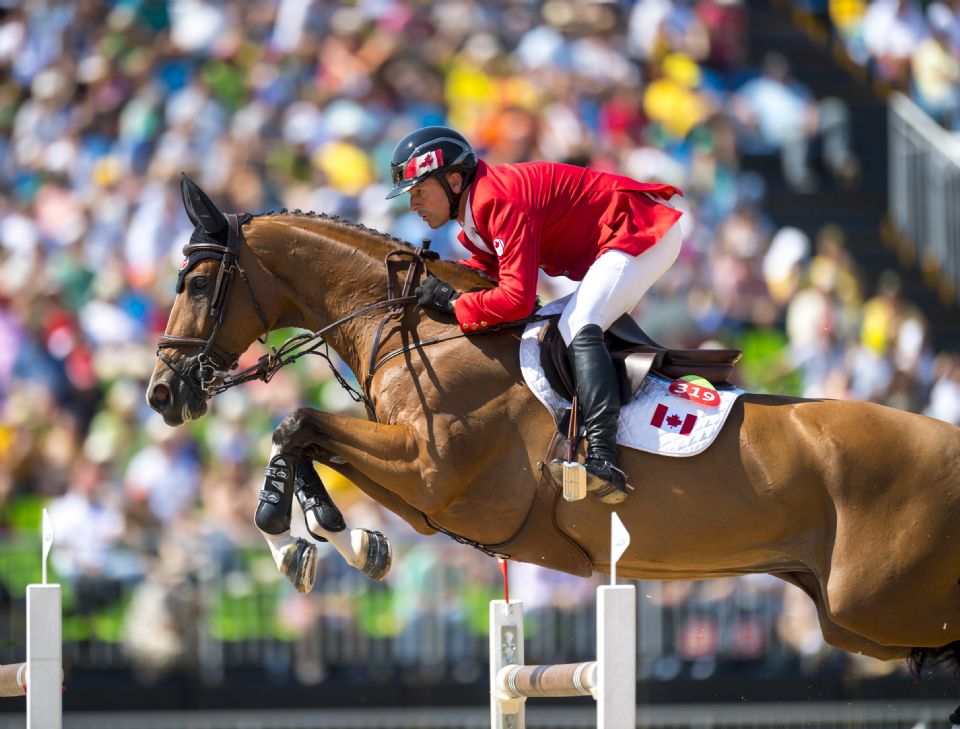 Canadian Olympic Champion Eric Lamaze and Fine Lady 5 will compete at the Royal Horse Show, held as part of the Royal Agricultural Winter Fair, in Toronto, ON.
Photo by Arnd Bronkhorst

Canadian Olympic Champion Eric Lamaze will compete in the international show jumping division at this year’s Royal Horse Show, held as part of the Royal Agricultural Winter Fair, from November 1 through 10, 2019, at Exhibition Place in downtown Toronto, ON.

Lamaze, who claimed the individual gold medal as well as team silver at the 2008 Beijing Olympic Games, will be making his first appearance at The Royal since 2011.  He is bringing his top two horses, Chacco Kid and Fine Lady 5, who was his 2016 Rio Olympic individual bronze medal partner.

Earlier this year, Lamaze revealed that he has been fighting a brain tumour.  In spite of his health challenges, he won two major events in his most recent competitive appearance at the Spruce Meadows ‘Masters’ Tournament in Calgary, AB, in September.

“As I continue to face difficult moments with my health, I wanted to return to The Royal and show my support for this great Canadian event that supported me so much in my younger days,” said Lamaze, 51, who was a regular competitor at The Royal when his Torrey Pines Stable was based in Schomberg, ON.

Since relocating his training base to Europe at the end of the 2006 season, Lamaze has returned to The Royal on only two occasions.  As the newly crowned Olympic champions, Lamaze and Hickstead came home to Toronto in 2008 to celebrate with Canadian fans, winning the World Cup Grand Prix and earning Lamaze the Leading International Rider title.  Lamaze also made a brief appearance at the 2011 edition of The Royal but withdrew from competition after the weight of Hickstead’s death days earlier at an event in Italy became too great to bear.

“Since relocating my training and horse sales business to Europe well over a decade ago, it has been challenging logistically to put Toronto on my fall competition schedule,” explained Lamaze.  “This year, I made it a priority.  I am looking forward to being back and to seeing so many great friends and fans at The Royal.”

The international show jumping division at The Royal is held over four days, beginning Wednesday, November 6 and culminating in the grand finale, the $210,000 Longines FEI Jumping World Cup™ Toronto on Saturday evening, November 9.  The line-up of competitors features the best in the world, including U.S Olympic team gold medalists Laura Kraut, Beezie Madden, and McLain Ward, as well as Ben Maher, a member of the British team that claimed gold on home ground at the 2012 London Olympics.

To purchase tickets and for more information, visit royalfair.org/horse-show.