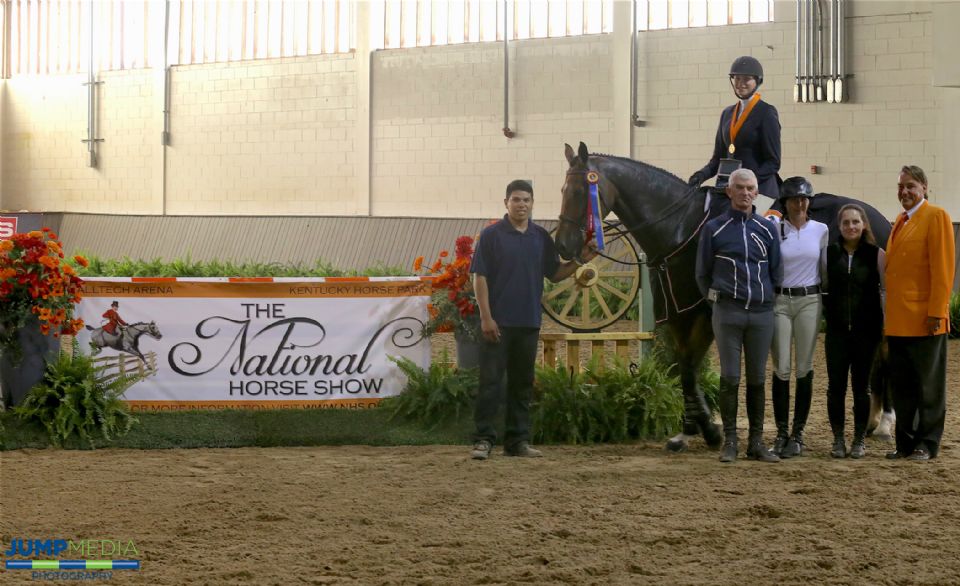 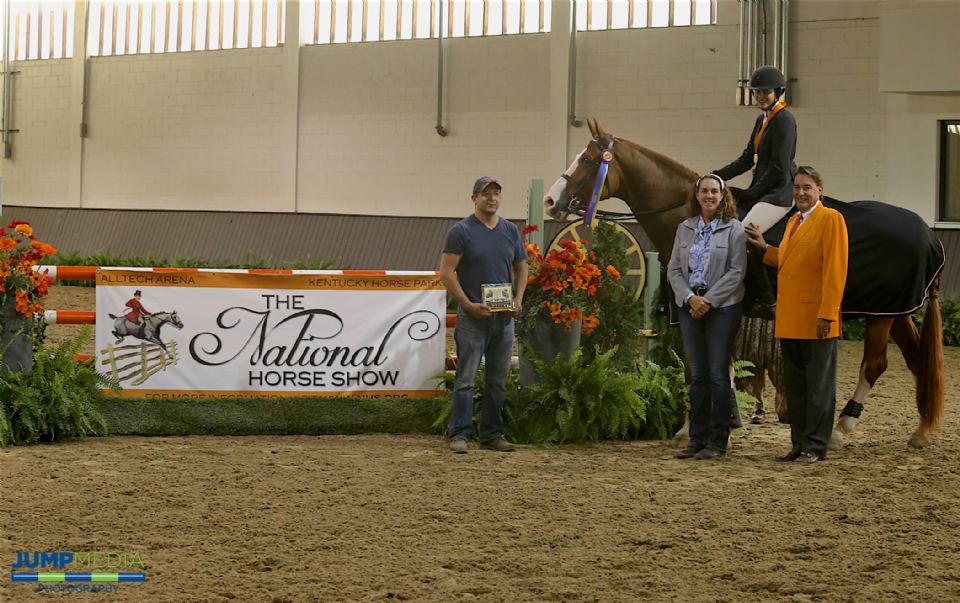 Old Salem Farm was host to both the Region 1 and 2 ASPCA/NHSAA Maclay Championships on Saturday, September 17, during the American Gold Cup CSI 4*-W. Elite local equitation riders competed with hopes to qualify for the ASPCA Maclay Horsemanship Championship at the CP National Horse Show on November 1-6 in Lexington, Kentucky.

Old Salem Farm gives equitation riders an early opportunity for indoor competition at a top-quality venue before all of the indoor finals each fall. Seizing that opportunity, both Katherine Bundy of Westport, CT, and Maya Nayyar of New York, NY, are making the most of their final year as junior riders and clinched Regional Championship wins at Old Salem Farm after an over fences phase and a flat phase. Bundy and her mount Co Co Pop, owned by her trainer Missy Clark and North Run, topped Region 1 competition, while Maya Nayyar and her own Fox Z won for Region 2 under the direction of trainer Stacia Madden.

The American Gold Cup at Old Salem Farm offers equitation riders a chance to shine among some of the best riders in the world as top athletes converge for a stop on the Longines FEI World Cup™ Jumping North American League tour. For Bundy, who also won the Regional Maclay Championship at Old Salem Farm in 2015, it is a learning moment.

“I have always loved Old Salem Farm because I think the indoor is amazing and so well kept, but competing during the [American] Gold Cup is really special,” said Bundy. “So many people who flock to this horse show are important to watch and having that visual experience is so important for me. I love watching a 1.40m speed or a 1.50m and then go do the regionals. Although they are different classes, the discipline is similar. It’s really important to be here and watch those people, and that’s why I love this horse show.”

“Each year getting competition experience and having that mentality of going into finals and composing yourself gets less and less intimidating,” she said.

When asked about Bundy as a rider, Clark responded, “She is such a great competitor, and she has worked so hard. She has a very calm attitude in these situations, and I felt very confident in her handling the course today. This indoor is a great venue, and these equitation riders are accommodated so well all weekend.”

For Nayyar, Saturday’s Region 2 win was a not an uncomplicated one. While warming up for the over fences phase, both she and Madden noticed that their entered mount, Connaro, was not quite himself.

“Maya gets a tremendous amount of credit,” said Madden. “I’ve learned through experience that anyone who has the ability to have a backup horse should have it here and ready. She jumped one jump and said, ‘I need to be fair to my horse’.”

Madden left the final decision to Nayyar who chose to compete Fox Z.

“She had faith in her horses, preparation, instructor, and herself to make a good judgment that was right for the horse and ultimately right for her,” added Madden.

“Today was a good confidence booster,” said Nayyar. “I am happy we qualified, and my plan was just to get everything done. I came [to Old Salem] just for regionals, and I’m glad it worked out.”

When asked what she likes about bringing riders to Old Salem Farm, Madden said, “I’m a big proponent of having all the regionals indoors because I think that if you’re getting ready for finals indoors, you should be having your regionals indoors. This is a very nice venue to use as preparation.”

Full horse show results can be found at www.theamericangoldcup.com.