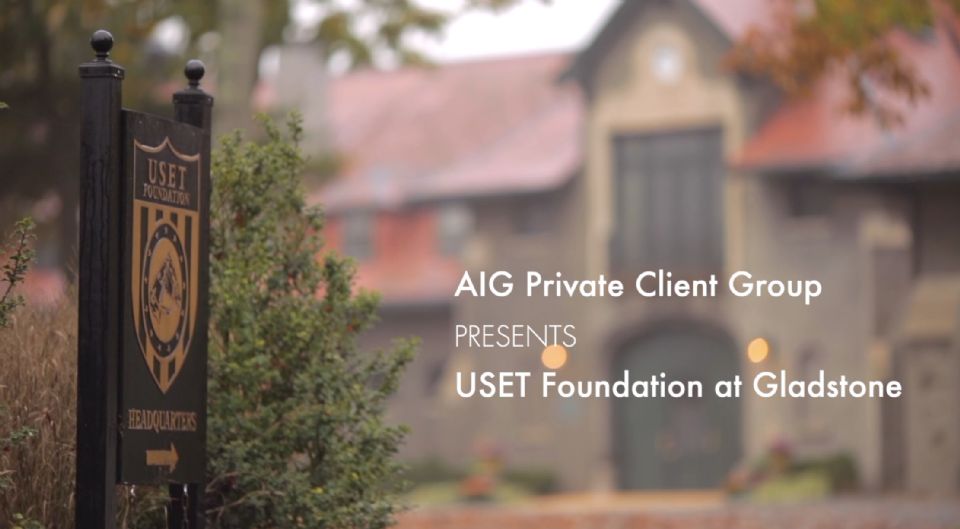 A new video titled “USET Foundation at Gladstone: Passion, Provenance, and Preservation” has been produced to celebrate the legacy of the United States Equestrian Team (USET) Foundation headquarters located at Hamilton Farm in Gladstone, New Jersey.

The video was produced by AIG Private Client Group.

The three-minute video includes commentary from Philip Richter, Trustee and Treasurer of the USET Foundation, as well as Olympic eventer and former USEF Director of Show Jumping Sally Ike and offers viewers a glimpse of the prominent facility that has served as the underpinning of success for U.S. equestrian teams for decades.

“As a group that is passionate about horse sport, we wanted to showcase the rich history that has been preserved at Gladstone,” said Susan (Sue) Weber, Assistant Vice President and National Equine Specialist at AIG Private Client Group. “So much of the U.S. equestrian team’s prominence can be attributed to the training and education that has taken place at Hamilton Farm over the years, as well as the funding provided by the USET Foundation. Not only is this facility steeped in tradition, it’s also an architectural masterpiece and we wanted to share that with others.”

“I am very grateful to AIG Private Client Group for their ongoing support of the U.S. equestrian teams and the United States Equestrian Federation (USEF) High Performance programs,” stated Bonnie Jenkins, Executive Director, USET Foundation. “Training and events at Hamilton Farm have helped shape this sport, and we work hard to preserve its history and traditions through our support of US Equestrian as its philanthropic partner. This video does an excellent job of highlighting the facility’s legacy, and I’m proud to be able to share it with supporters and fans of equestrian sport.”

In addition to serving as the location for a number of USEF High Performance training sessions and clinics, Hamilton Farm continues to host USEF events such as the USEF Show Jumping Talent Search – East and leases the facility for other horse shows and events across disciplines.