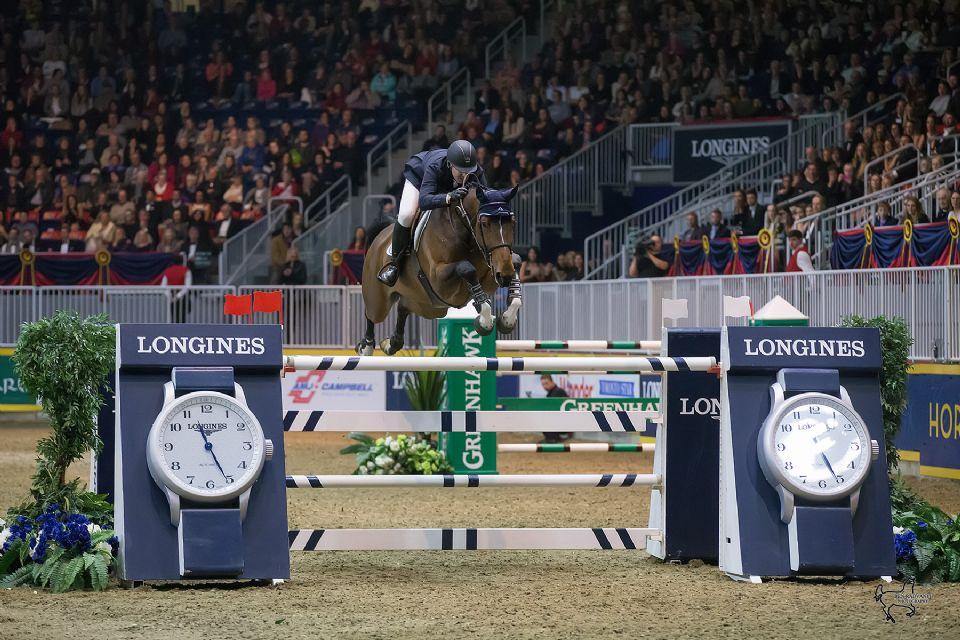 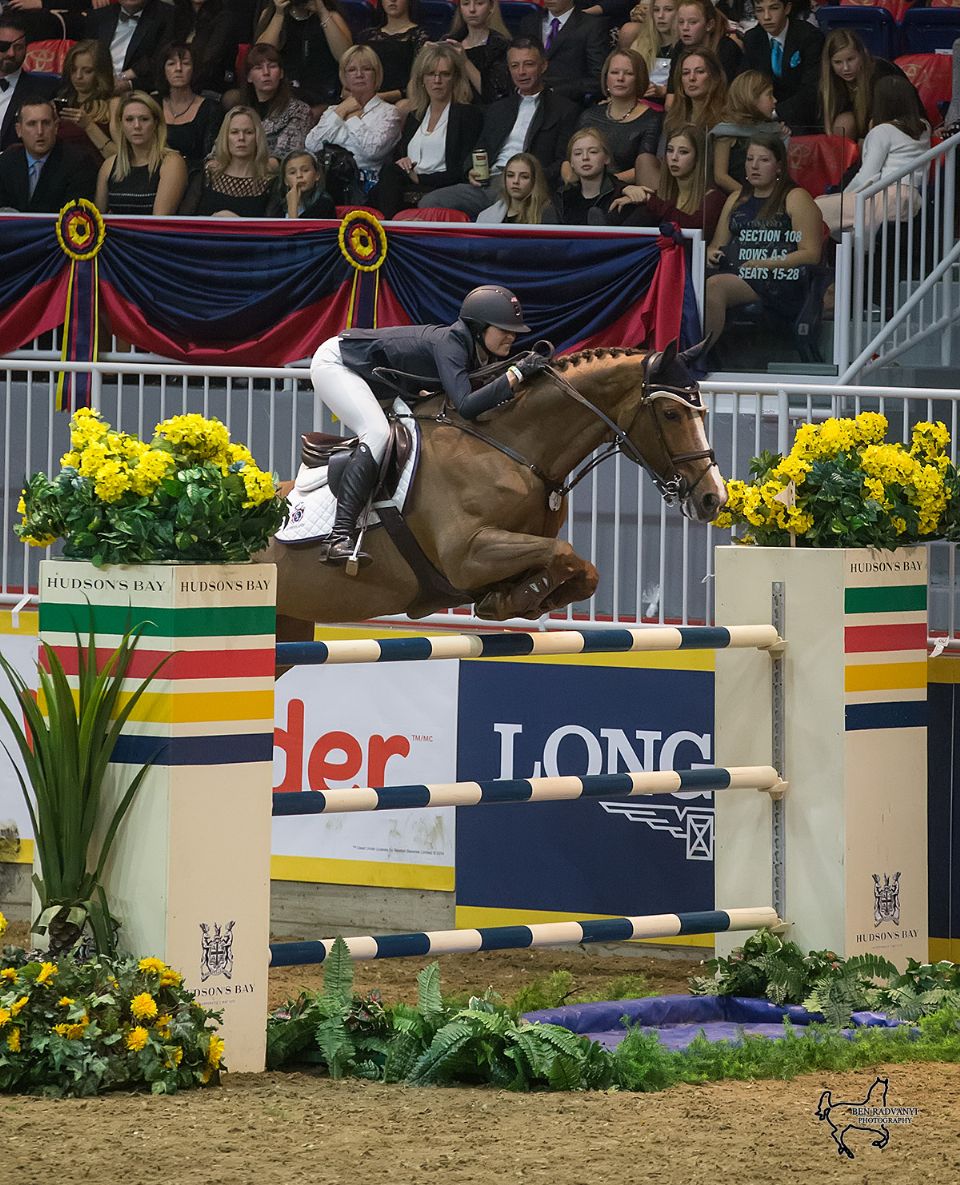 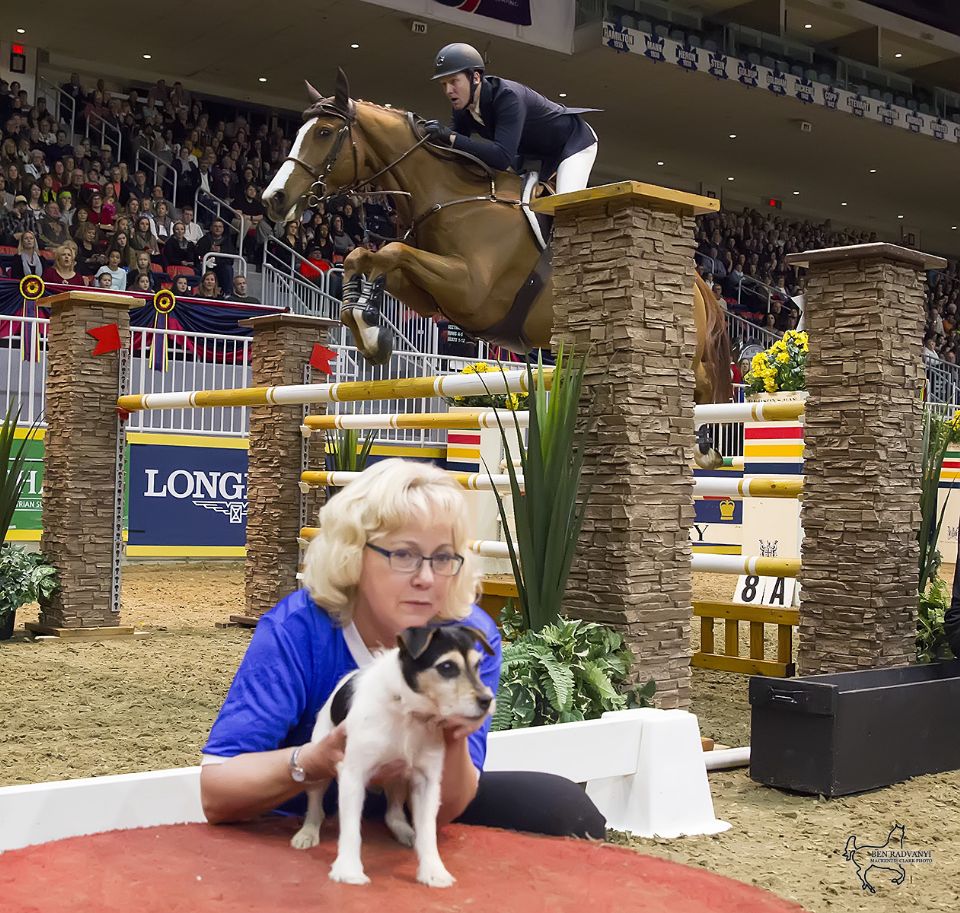 Mclain Ward of the United States scored yet another victory in the $75,000 Big Ben Challenge, presented by Hudson’s Bay Company, on Saturday night, November 14, to close out international show jumping competition at the Royal Horse Show®, held as part of The 93rd Royal Agricultural Winter Fair in downtown Toronto, ON.

A total of 20 entries tried their luck over the track set by British course designer Richard Jeffery in front of a sold-out crowd in the Ricoh Coliseum. More forgiving than in previous nights’ competition, Jeffery laid a track that saw eight horse-rider combinations advance to the all-deciding jump-off.

When Ward entered the Ricoh Coliseum, Belgium’s Olivier Philippaerts held the jump-off lead with a clear round in a time of 42.03 seconds riding H&M Legend of Love. Wasting no time around the short course, Ward guided HH Azur home in a time of 40.42 seconds to move to the top of the leaderboard. Fellow American Reed Kessler challenged Ward’s time with Cylana, but the clock told the final tale, with a time of 41.44 seconds placing her second between Ward and Philippaerts.

“Honestly, as a rider doing this my whole life, you never think a horse like this exists,” said Ward of HH Azur, who made a huge effort at the final fence to take the win. “Most horses would have fallen down at that last fence. The take-off was 15 feet away, I bet. It’s not that I was surprised she jumped it; I was just surprised how easy it was. The jump-off was exciting, which is great for the crowd.”

“The World Cup was the most difficult one we’ve seen all season, which I was excited about with this horse,” said Ward, 40, of Brewster, NY. “I really wanted to challenge her, and what a great way to end the year!”

“She was fantastic,” said Kessler, 21, who is based in Germany. “I’m really lucky; I have a super experienced horse and she’s really brave and really honest. She always wants to do her best, so in that respect I have it easy. They’ve been difficult courses all week by Richard; you need a horse that looks for the fence and is really brave.

“I love The Royal,” continued Kessler, who is competing at the Royal Horse Show® for the second time in her young career. “It’s a super show and has great atmosphere. They do their best for the horses and the riders here, and it’s always great to come to a show that is like that.”

The Leading Canadian Rider Award, presented by AMJ, went to Jonathon Millar. In an interesting twist, Martha Louise and Ariana, both owned by the Grange family, tied for the All-Canadian Cup, presented to the leading Canadian-owned horse. The award is presented by Susan Grange’s Lothlorien Farm of Cheltenham, ON. Grange and her rider, Conor Swail of Ireland, accepted the All-Canadian Cup.

To the delight of horse and dog lovers alike, the $15,000 Canine-Equine Challenge, presented by the Toronto Star, took center stage in Ricoh Coliseum on Saturday afternoon. Riders were paired with a ‘Superdog’, navigating the show jumping track and crossing the timers before their canine partner took off around a dog agility course. The crowd cheered for their favourites, as dogs of all breeds, shapes and sizes raced up, over and through the obstacles. In the end, it was Ward and Carneyhaugh Manx, his new 10-year-old Irish Sport Horse gelding, that crossed the timers with the fastest clear round for the win.

Also during Saturday’s matinee performance, Liam Dumont Walker of Oakville, ON, won the $5,000 MP Equine Junior/Amateur Jumper Stake. Riding Lilius, Dumont Walker topped a four horse jump-off to claim victory over Ashley MacDougall of Brampton, ON, aboard Alaska K by more than four full seconds. Dumont Walker finished the week tied for Champion in the Junior/Amateur division with Miranda Travers-Cavill of Claremont, ON, who won the other two classes in the division riding Capriato.

While international show jumping competitors are heading back to their respective corners of the world, the next generation will take center stage in the Ricoh Coliseum on Sunday, November 15. Highlights include the Children’s Hunter and Junior Jumper divisions, as well as the $5,000 Royal Pony Jumper Final, presented by William Tilford and Marion Cunningham of Marbill Hill Farm in Bradford West Gwillimbury, ON.