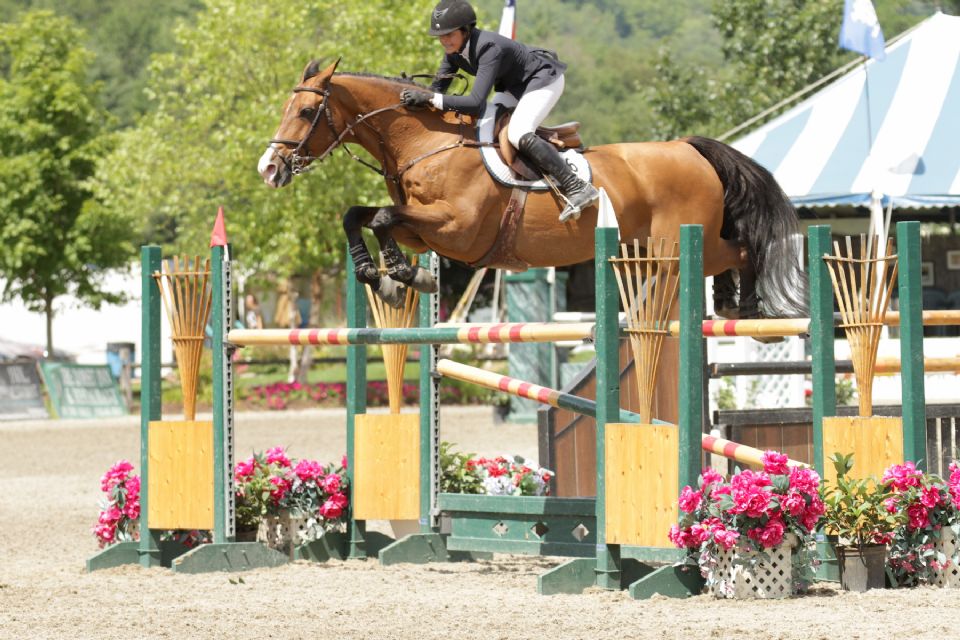 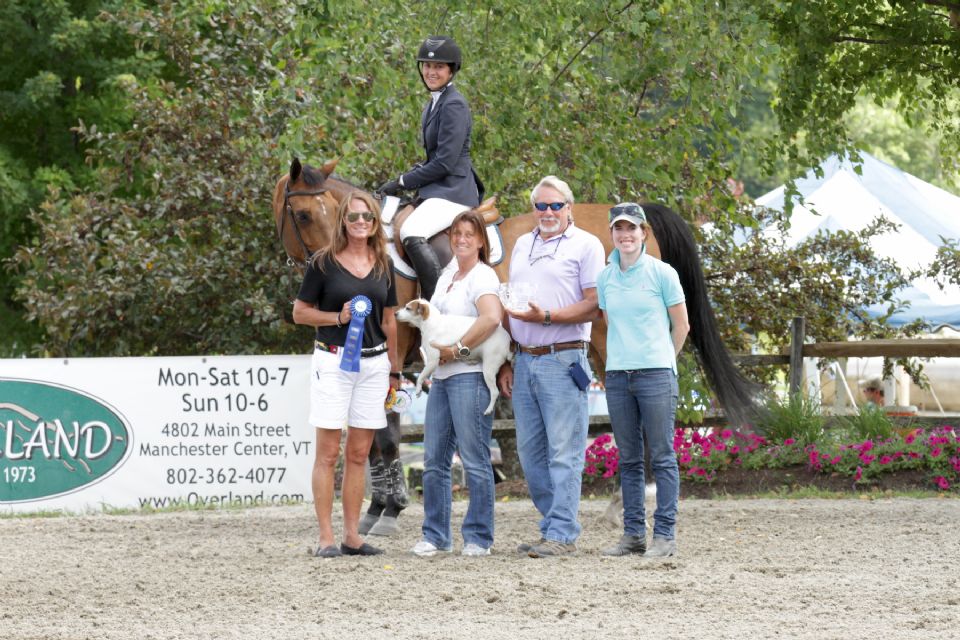 Fifteen horses made up the final class of the season with nine advancing to the jump-off over courses built by Ken Krome (USA). Fourteen-year-old Langmeier, the youngest rider in the field, piloted the oldest horse, 21-year-old Promised Land to the blue ribbon after leasing him from owners Candy Tribble & Windsor Show Stables.

Langmeier had the ride on three horses in Sunday's Classic, all of which advanced to the short course. Having the class already won aboard Whistler for owner Jane Clark, Langmeier returned last with Promised Land to jump double-clear in 39.11 seconds for the win. She bumped her own 39.17-second time with Whistler to second place.

Catherine Tyree of Chicago, IL, and Free Style Van Polderhof, owned by Mary and Joseph Tyree, finished clear in the jump-off in 39.28 seconds for third. Melissa Orlick-Zbierski of Wellington, FL, and Viekie were double-clear to take fourth with a jump-off time of 40 seconds flat for Isotropic Networks, Inc. Danielle Torano of Wellington, FL, and her own Herault rounded out the top five double-clear in 40.27 seconds over the short course.

Langmeier got the ride on Promised Land, the ex-grand prix mount of Christine McCrea, at the start of the 2015 winter season and will compete him under the direction of trainers at North Run through 2015.

“He's really awesome – we use him for the special shows since he really knows everything there is to know already,” said Langmeier of the Holsteiner gelding (N. Eingetragen x Vorr).

“I love riding him in the jump-off because he always knows where he's going. You just have to worry about keeping the jumps up,” she added.

Fit and clearly still competitive, Langmeier was quick to acknowledge how special it is for her to have a 21-year-old horse as one of her top mounts.

“I really need to thank the Tribbles for letting me have him and North Run for keeping him young and feeling great,” she said. “Even if he didn't go clean I would have been happy with the win on Whistler, but I was really hoping for him to pull it off.”

Still riding in the junior ranks in jumper, hunter and equitation rings, Langmeier's immediate goals include the jumper classes at indoor shows this fall and being competitive at 2015 Equitation Finals.

The weekly Horse Sport Canadian Sportsmanship Award was also presented on Sunday. Tommy Feigel is a rider and course designer who hails from Ottawa, ON, and accepted the prize during the final week of the Vermont Summer Festival. The new award, sponsored by Horse Sport Magazine, Canada's most respected equestrian magazine, was presented each week during the circuit, with the winners collecting several prizes, including a subscription to Horse Sport Magazine.