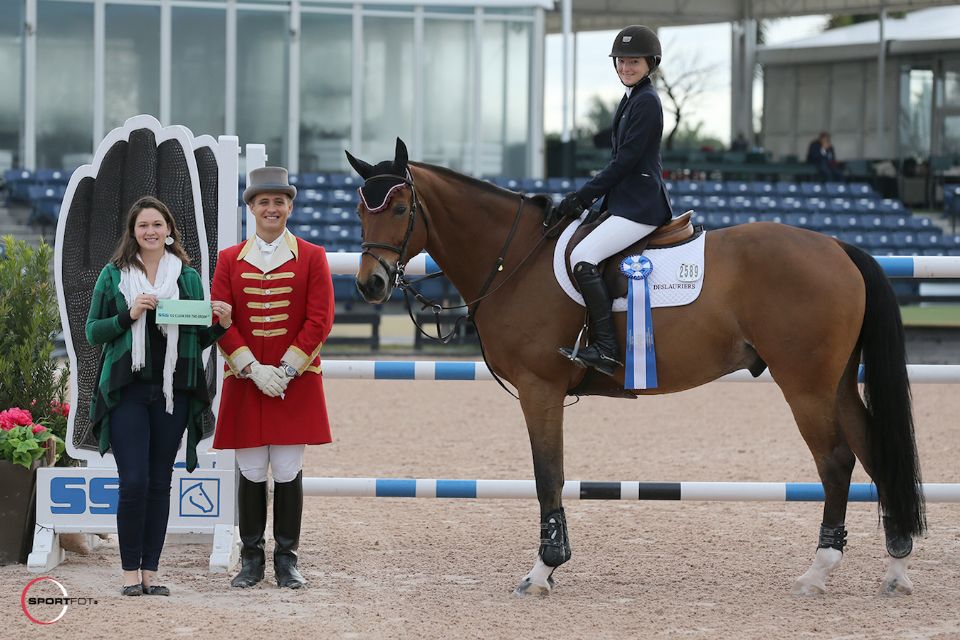 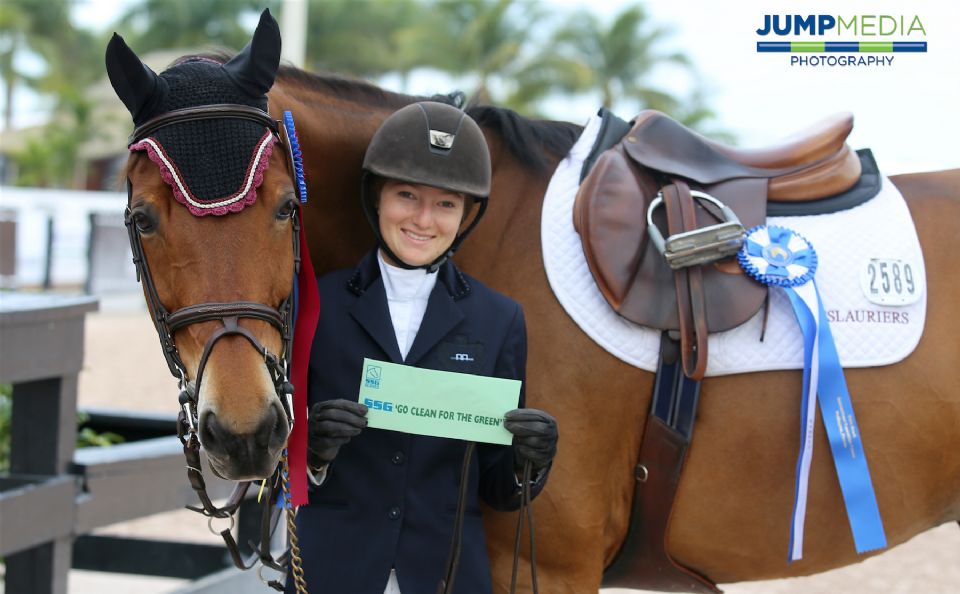 From a starting field of 13 entries, Deslauriers was the only rider to navigate the first round track, set by course designer Luc Musette of Belgium, without faults.  Riding Hester, Deslauriers took the win without the need for a jump-off, as well as a $1,000 SSG Gloves bonus thanks to her loyalty to SSG 'Digital' style riding gloves.

“The gloves are cool, comfortable and great for both the jumpers and equitation, which is really helpful when you're running back and forth between different rings,” said Desluariers, 16.  “I wear them all the time, not just when they have the bonus, and it feels great to win.

“I think it's a great promotion, a fun series, and it’s a good incentive for the company to provide for us riders,” added Deslauriers of the SSG Gloves promotion, now in its sixth year.

Trainer and proud father Mario Deslauriers was standing by following his daughter’s win, and joked that while he will let her keep the bonus money, it will probably be used to buy a new show jacket.

Deslauriers and Hester have plans to move up to bigger competition during the 2016 season, while one of her younger mounts, Hamlet, will likely continue competing with Deslauriers in the High Junior Jumper division.