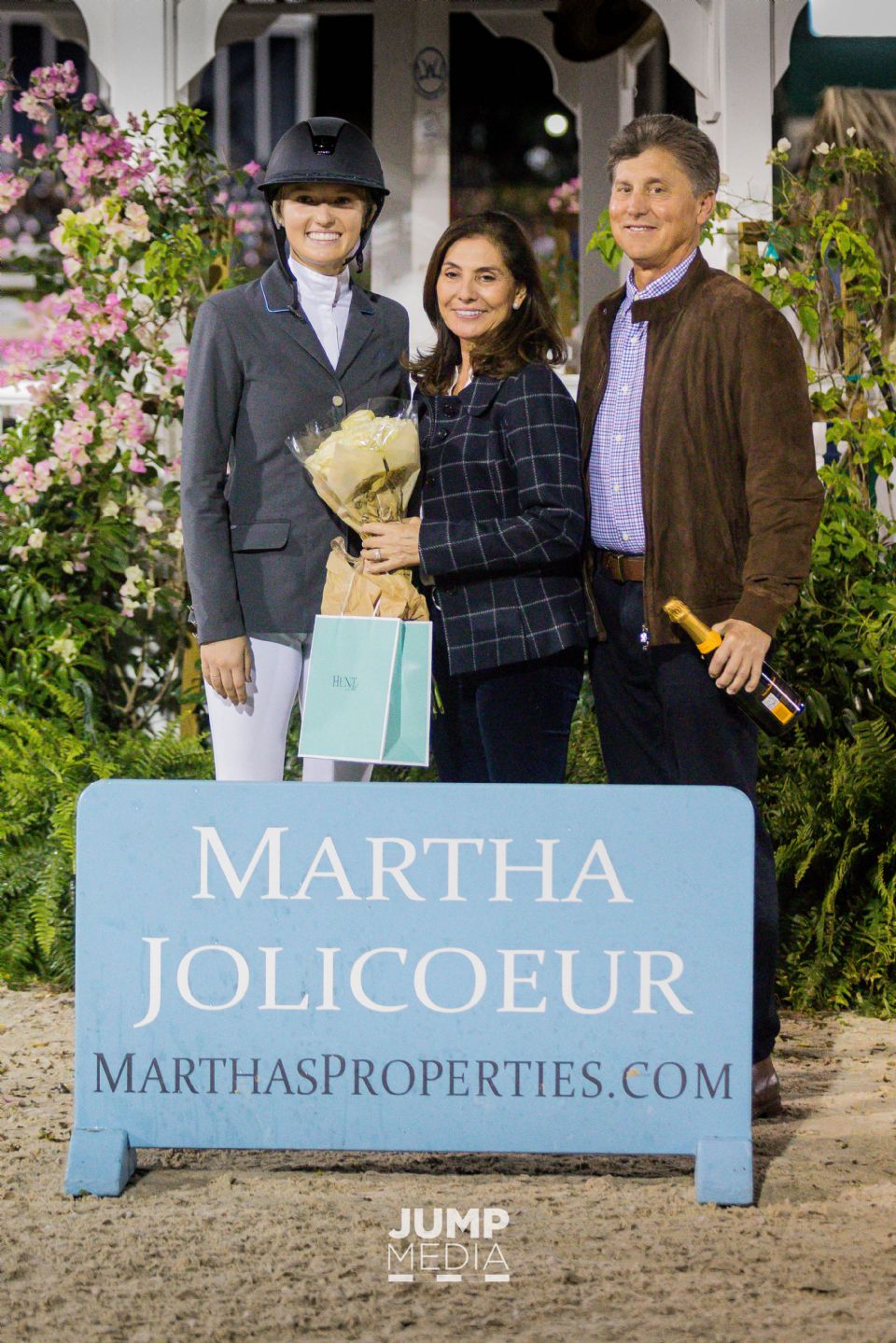 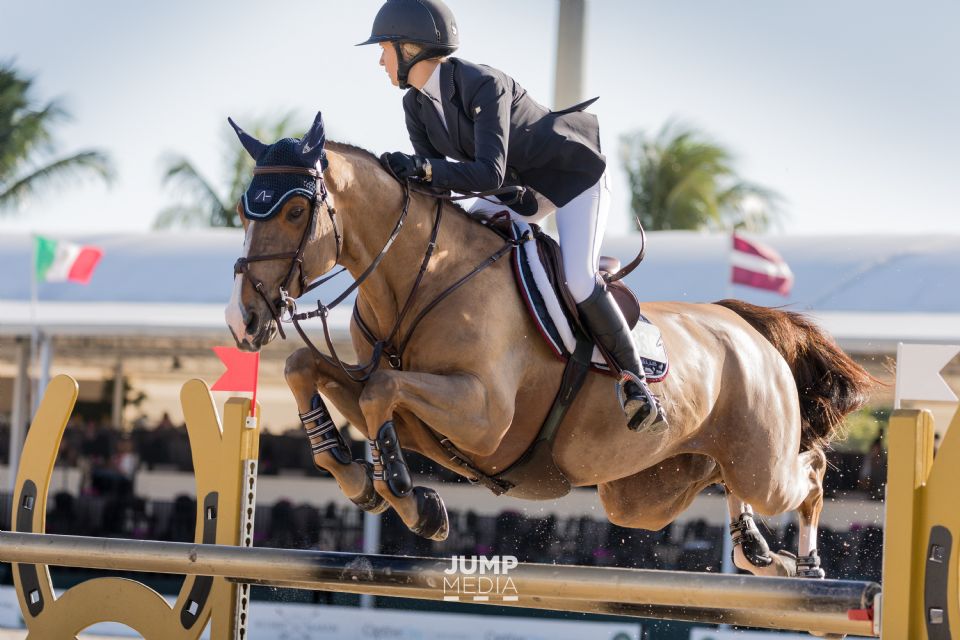 Lillie Keenan and Fasther claimed the Martha Jolicoeur Leading Lady Rider Award for the second week in a row during week two of the Winter Equestrian Festival in Wellington, FL.
Photo by Jump Media

After a top placing in the $37,000 Equinimity WEF Challenge Cup Round 2 CSI2* on Thursday, January 16, Keenan was again in contention for the award she won during week one. The 23-year-old and her mount Fasther, owned by Chansonette Farm LLC, sealed the deal with a fifth-place finish in the $73,000 NetJets Grand Prix CSI2* during “Saturday Night Lights” after leading the way by posting the first clear in the opening round.

“I wasn’t expecting it this week, but it’s a great way to continue the season,” said Keenan of New York, NY. “I so appreciate Martha’s support of women in show jumping. It’s a great place to be and hopefully next week I can add a win in the grand prix!”

Keenan has had a banner two weeks aboard Fasther, a 10-year-old Dutch Warmblood gelding (Vigo d’Arsouilles x Farmer) that came from Moerings SportHorses in the Netherlands.

“McLain Ward and François Mathy found him for me and we bought him from the family who bred him,” said Keenan, who trains with Ward. “They produced him and he’s their family. They watch every time I jump and it’s fantastic to have a relationship with breeders like that. They motivate me to show what good breeding and raising a horse right can do.”

For her week two title, Keenan was presented with a bottle of champagne, a bouquet of flowers, and a gift certificate for a shopping spree at Hunt, Ltd. by Martha W. Jolicoeur and Dr. Stephen Norton.

Throughout WEF, the Martha Jolicoeur Leading Lady Rider Award, given in memory of fellow realtor and horseman Dale Lawler, is presented weekly to the high-score female rider based on performances in the weekly WEF Challenge Cup Series and grand prix events. During WEF week 12, the Martha Jolicoeur Overall Leading Lady Rider Award will be presented to the female rider who accumulates the most points throughout the season.

Based in Wellington, Jolicoeur has been serving the Wellington equestrian community full-time since 2005 and specializes in both residential and farm properties. As part of the elite Douglas Elliman Real Estate Sports and Entertainment division, she offers a wide range of property listings that fit an equestrian lifestyle and beyond. To learn more about Martha W. Jolicoeur and her listings, visit www.marthasproperties.com. Follow her on Facebook and Instagram for behind-the-scenes tours of available Wellington properties.