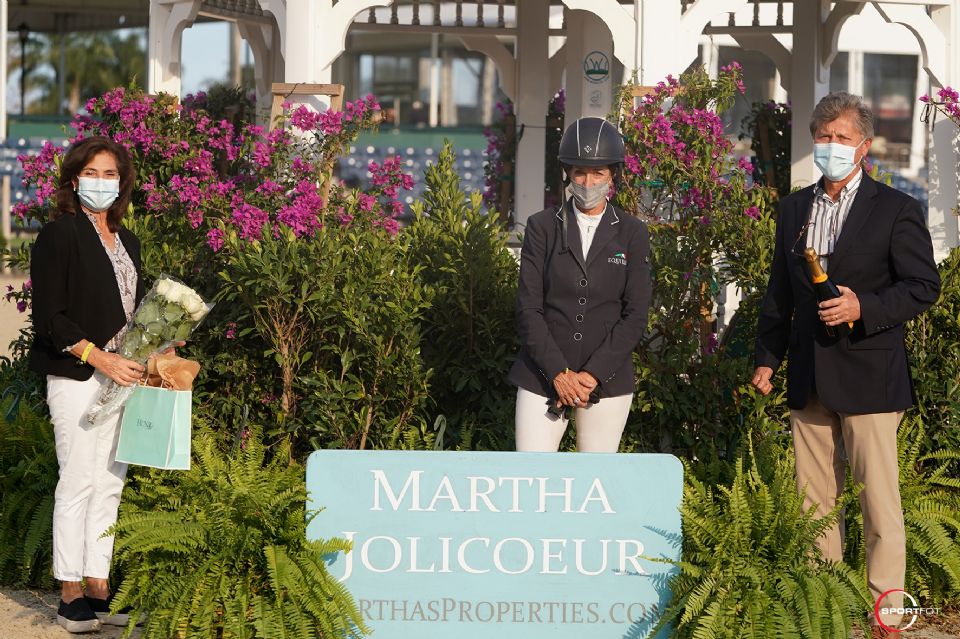 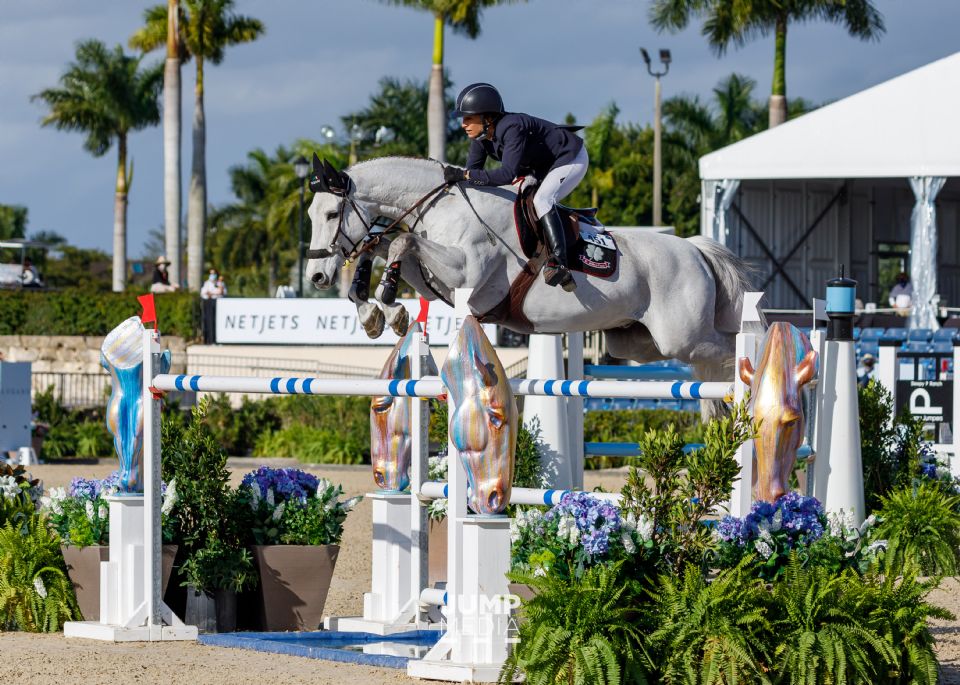 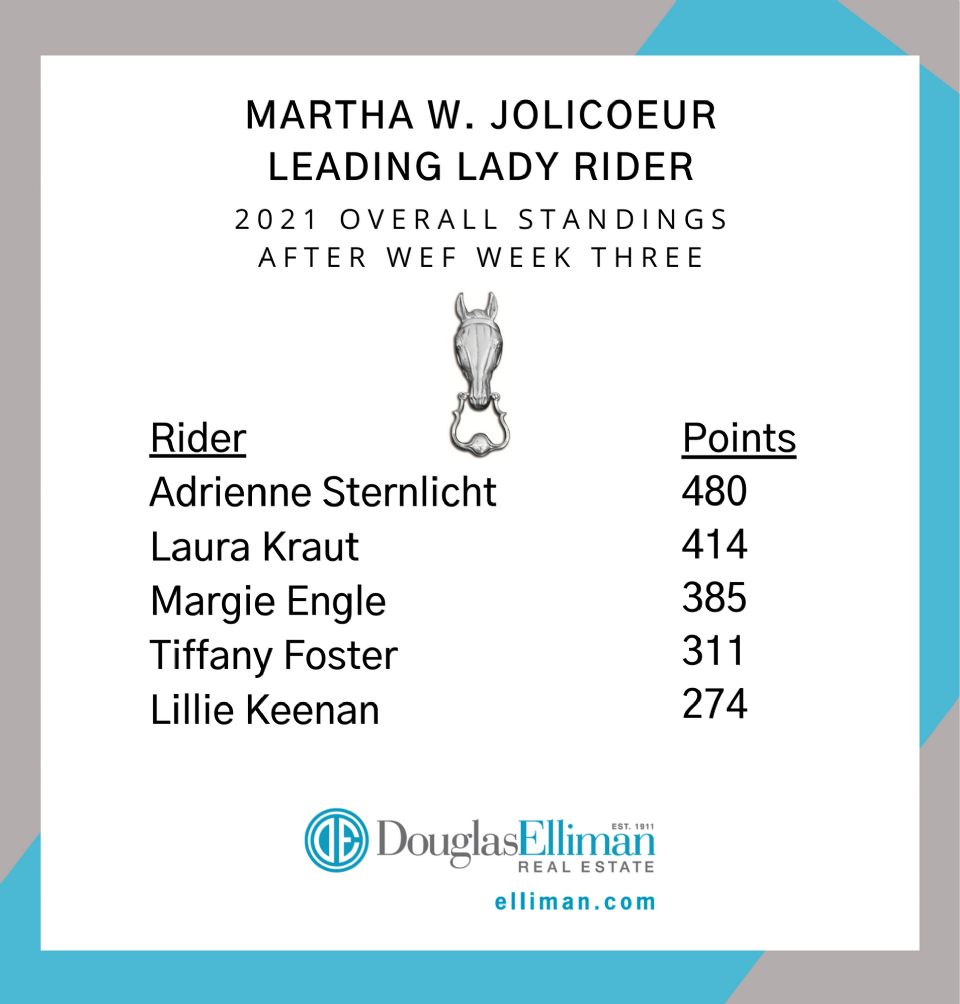 Kraut was the highest-placed female rider in both the $37,000 FEI Adequan® WEF Challenge Round 3 held Friday and Sunday’s $137,000 CSI3* NetJets Grand Prix.  The U.S. Olympic team gold medalist rode Confu, a 14-year-old Holsteiner gelding (Contact Me x Cambridge) owned by St. Bride’s Farm, to a second-place finish in the WEF Challenge Cup and produced the fastest four-fault effort to finish fifth in the Grand Prix.

In recognition of claiming the Leading Lady Rider Award, Martha Jolicoeur and her husband, Dr. Stephen Norton, presented Kraut with a bottle of champagne, a bouquet of flowers, and a gift certificate for a shopping spree at Hunt, Ltd.

“It’s great because I received a gift certificate to Hunt, Ltd. last week and I overspent so now this will help me make up the balance," laughed Kraut, 55, of Royal Palm, FL.

A sponsor and dedicated supporter of horse sport at WEF for many years, 2021 marks Jolicoeur’s 11th season presenting the Leading Lady Rider Award.  She began presenting the award in 2010 as a way of recognizing female accomplishments in an Olympic sport where men and women compete as equals.  A former competitor herself, Jolicoeur enjoyed a successful international show jumping career before becoming Florida’s number one Douglas Elliman real estate broker.

Jolicoeur has been serving the Wellington equestrian community full-time since 2005 and specializes in both residential and farm properties.  As part of the elite Douglas Elliman Real Estate Sports and Entertainment division, she offers a wide range of property listings that fit an equestrian lifestyle and beyond. To learn more about Martha W. Jolicoeur, visit www.marthasproperties.com and follow her on Facebook and Instagram for a behind-the-scenes look at her available Wellington properties.

Buying or selling a property with Martha Jolicoeur assures the highest level of professional real estate consultation in the Wellington equestrian community. Jolicoeur understands the importance of customer excellence and prides herself on dealing honestly and fairly while creating relationships with her customers that continue far beyond a business transaction. For more information on Martha Jolicoeur and her listings, visit www.marthasproperties.com or find her on Facebook and Instagram.