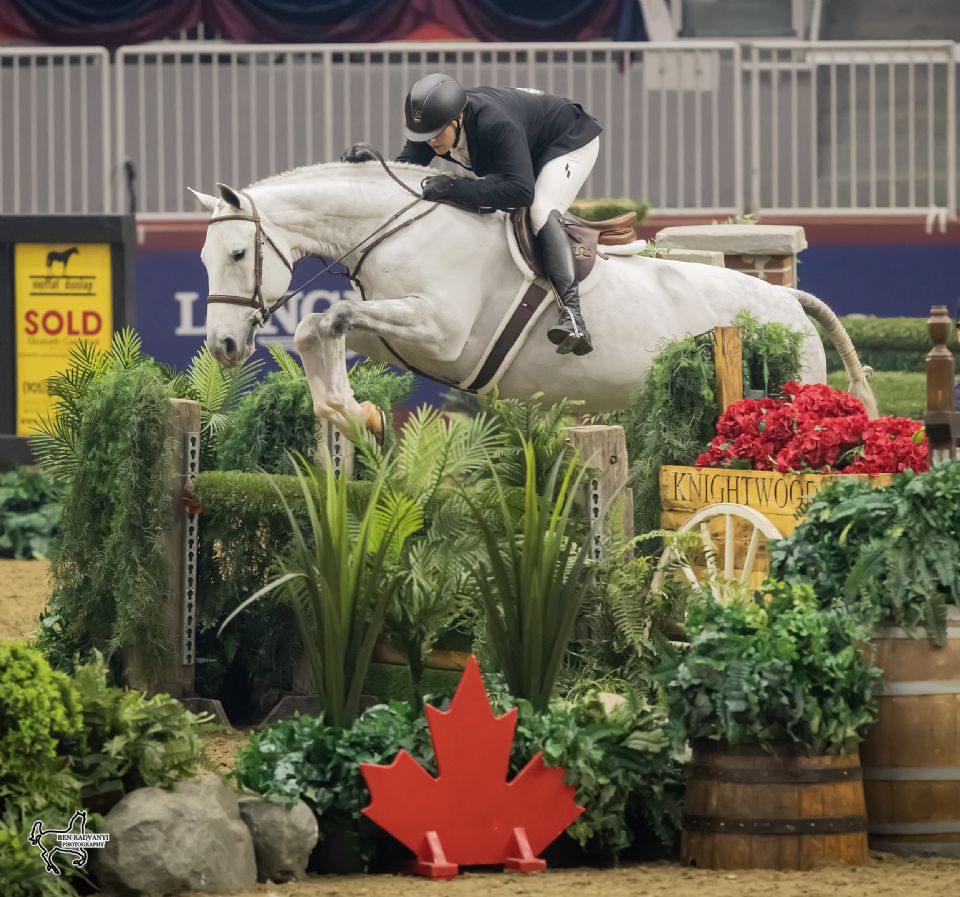 Kristjan Good of Campbellville, ON, and Carano won the $15,000 Braeburn Farms Hunter Derby on Sunday afternoon, November 6, at the Royal Horse Show in Toronto, ON.
Photo by Ben Radvanyi 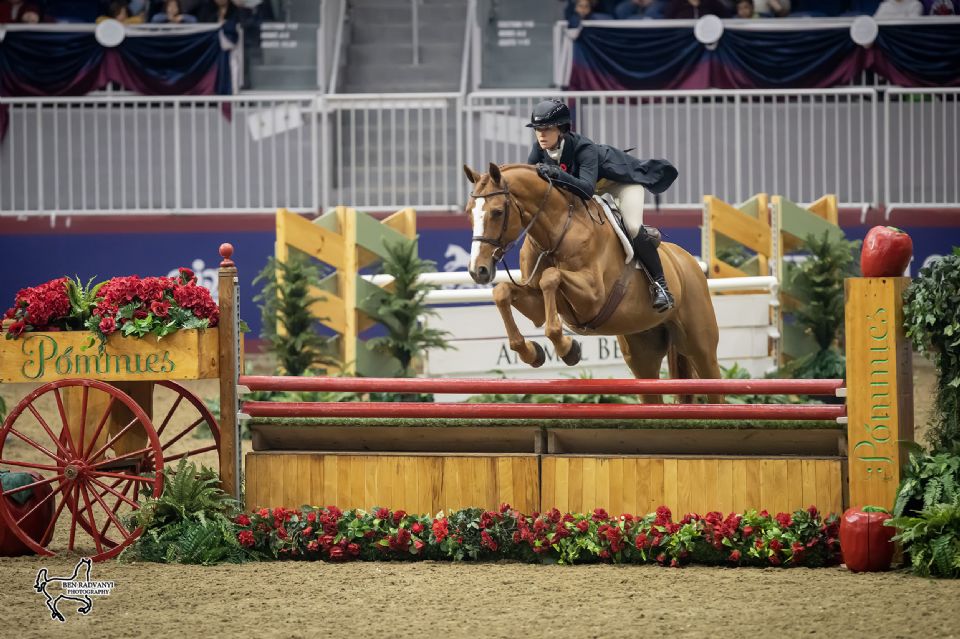 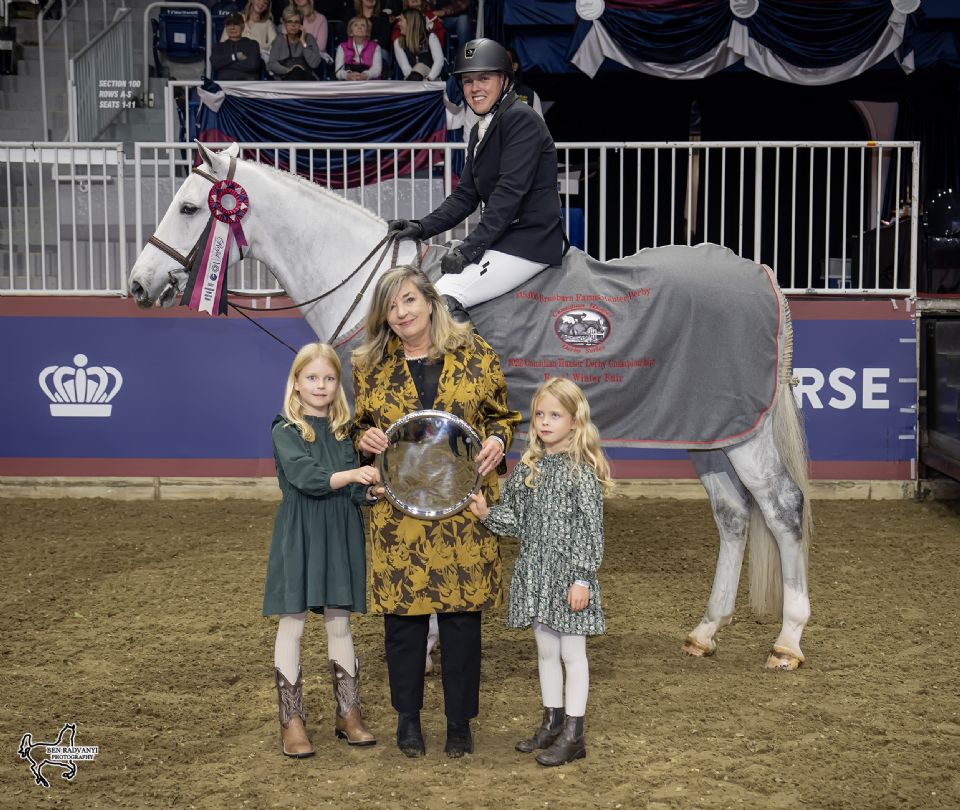 Kristjan Good, pictured aboard Carano, is presented as the winner of the $15,000 Braeburn Farms Hunter Derby at the Royal Horse Show.
Photo by Ben Radvanyi 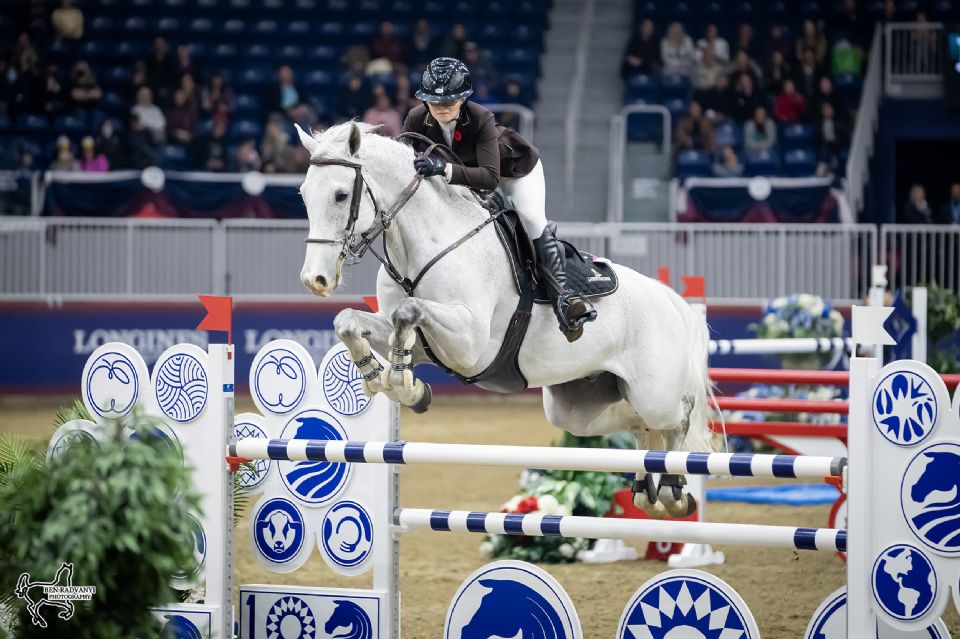 Lauren Esdale of Seagrave, ON, topped a three-horse jump-off riding Hilco to win the $10,000 1.40m Junior/Amateur Royal National Final on Sunday, November 6, at the Royal Horse Show, held as part of the 100th Royal Agricultural Winter Fair, in Toronto, ON.
Photo by Ben Radvanyi

Kristjan Good of Campbellville, ON, piloted Carano to victory in the $15,000 Braeburn Farms Hunter Derby on Sunday afternoon, November 6, at the Royal Horse Show, held as part of the 100th Royal Agricultural Winter Fair in Toronto, ON.

Good entered the Coca-Cola Coliseum as the defending champion of the class with Chantilly Lace, having won in 2019, the last year The Royal was held due to pandemic restrictions.  Partnered with Carano, Good was the 15th rider from a starting field of 20 to take on the course designed by Canada’s Meghan Rawlins.  The pair navigated the course with ease while showing off their handiness to earn a total score of 106.  Good and his mount were awarded an impressive base score of 90 points with six additional handy points and 10 high option bonus points.

Although this was Carano’s first time competing at the Royal Horse Show, the eight-year-old gelding owned by Alexandra Maletta handled the atmosphere and pressure like a seasoned veteran.

“I’ve been riding Carano since he was three years old,” said Good, 34.  “He tries his heart out for me every time.  It’s neat because he’s coming into his own now and starting to show off his scope.  He didn’t quite know what he had when he was a baby, but it’s great to see him come around.”

Carly Campbell-Cooper of Omemee, ON, and Capriati, owned by Alexia Trapp, finished one point behind Good with a score of 105 for second-place honours.  Isabelle Lapierre of Levis, QC, rode Carrera S, owned by Johannie Legare, to third place with a score of 102.

Each of the horses in Sunday’s class qualified for The Royal through the Canadian Hunter Derby Series, running throughout the season at horse show venues across the country.  Hunter Derby competition returns to the Coca-Cola Coliseum on Tuesday, November 8, with the $25,000 Knightwood Hunter Derby beginning at 7 p.m., where Good and Carano will look to replicate their success.  The overall high point horse from both the Braeburn Farms Hunter Derby and the Knightwood Hunter Derby will be presented with the Lorna Jean Guthrie Challenge Trophy.

The Royal also offers numerous hospitality experiences which sell out quickly.  The Royal Terrace is available for VIP and corporate hosting while the Coliseum’s Sky Suites offer stables and groups their own private suites.  New for 2022, the Tanbark Club will offer an upscale luncheon buffet on select days.  Visit www.royalfair.org/hospitality/ for more details.