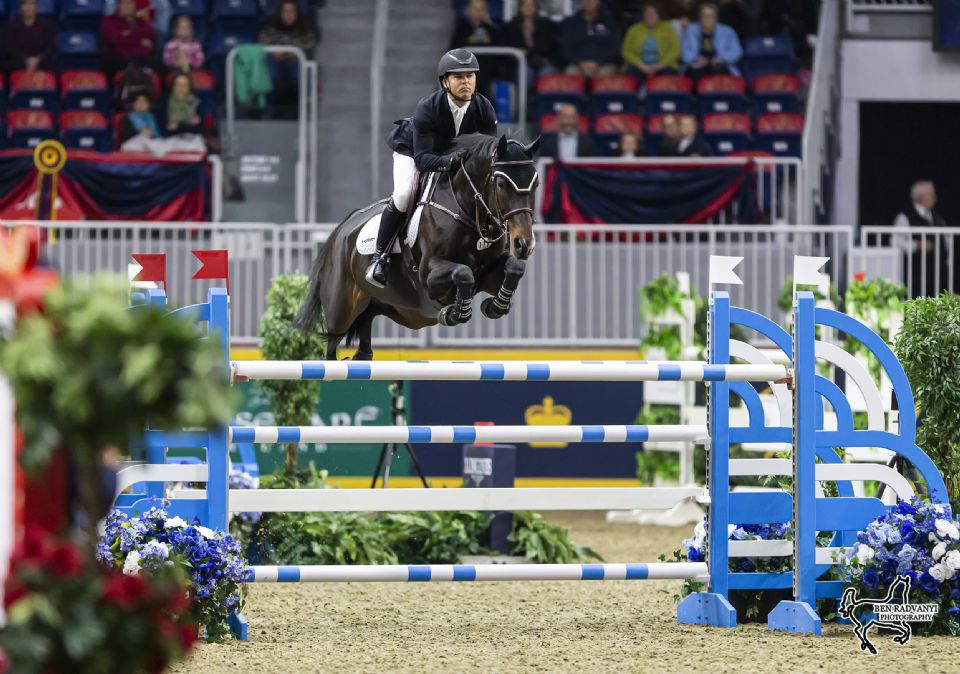 Kent Farrington of the United States guided Austria 2 to victory in the $37,000 Jolera International Strength and Speed Challenge on Wednesday evening, November 6, at the Royal Horse Show in Toronto, ON.
Photo by Ben Radvanyi Photography 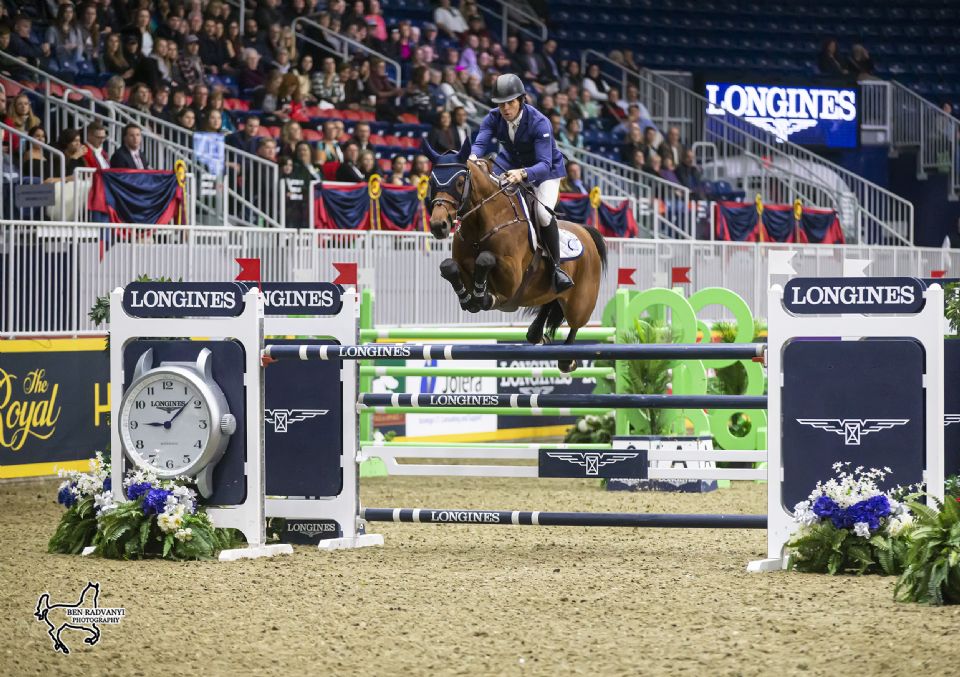 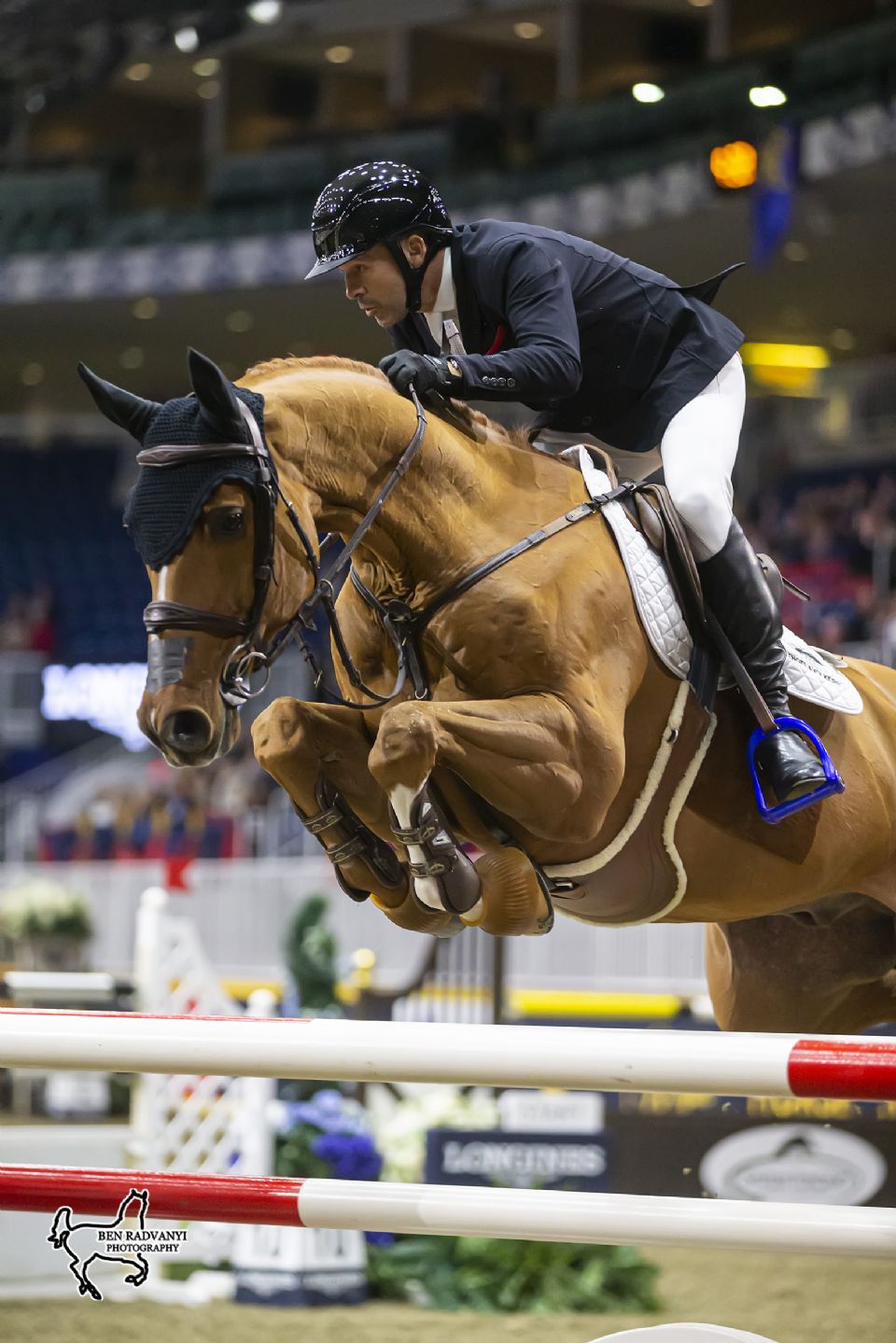 It was Kent Farrington of the United States for the win in the $37,000 Jolera International Strength and Speed Challenge on Wednesday, November 6, at the Royal Horse Show, held as part of the 97th Royal Agricultural Winter Fair in Toronto, ON.

Horse and rider combinations had to successfully negotiate an opening ‘strength’ phase set by Canadian course designer Michel Vaillancourt before immediately advancing to a ‘speed’ phase.  Farrington did so in the fastest time, stopping the speed phase clock in 25.82 seconds riding Austria 2 for owner Take The High Road LLC.

“The horse is naturally very quick which is a big advantage, especially in a small indoor ring,” said Farrington of Austria 2, an 11-year-old Holsteiner mare (Casall x Corrado I).  “She's a really feisty mare.  It’s actually my favourite type of horse.  She’s small.  She’s light.  She’s extremely athletic and very fast, so for me it’s a super horse.”

Farrington is a frequent competitor at the Royal Horse Show and won the feature event, the $210,000 Longines FEI Jumping World CupTM Toronto, in 2017.

“I think this is the best indoor show that we have in North America,” said Farrington, 38, who was a member of the U.S. silver medal team at the 2016 Olympic Games in Rio de Janeiro, Brazil.  “There is always great support from the Canadian crowd.  It’s a small group of riders but a strong group of riders.  It always feels good to win a class here.”

Ireland’s Conor Swail set the leading pace as the first rider into the Coca-Cola Coliseum.  Riding GK Coco Chanel for owner Vanessa Mannix, Swail took a daring approach to the final fence which paid off with a time of 26.03 seconds that would hold up for second place.  Canadian Olympic gold, silver, and bronze medalist Eric Lamaze took third place with a time of 26.56 seconds riding Chacco Kid for the Chacco Kid Group.  In his first appearance at the Royal Horse Show since 2011, Lamaze scored victory earlier in the day in the $37,000 McKee Family International Challenge riding his 2016 Rio Olympic bronze medal partner, Fine Lady 5.