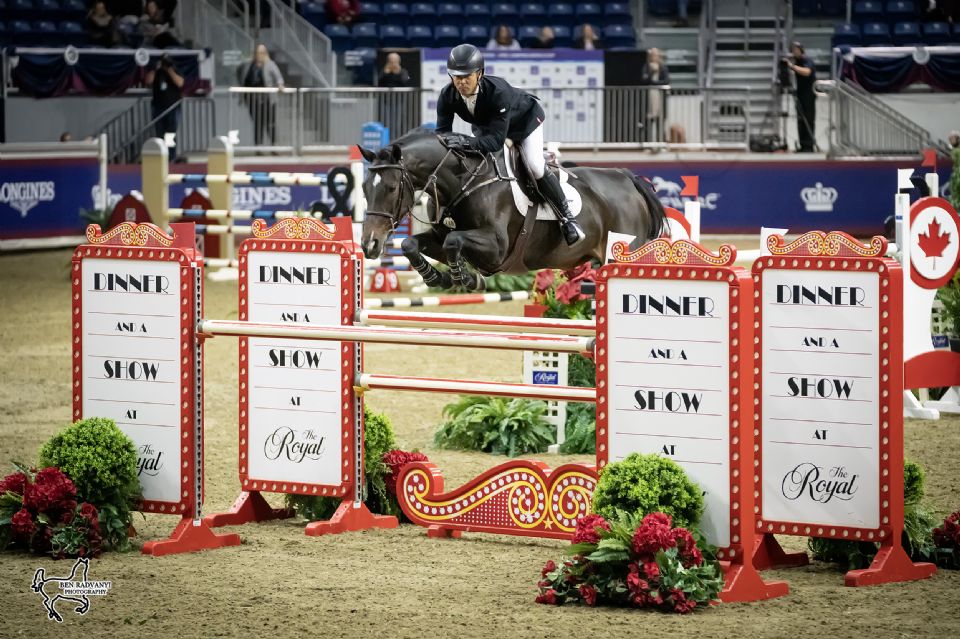 Kent Farrington of the United States opened the international division with a win riding Austria 2 in the $38,000 Jolera International Strength and Speed Challenge on Wednesday, November 9, at the CSI5*-W Royal Horse Show in Toronto, ON.
Photo by Ben Radvanyi Photography 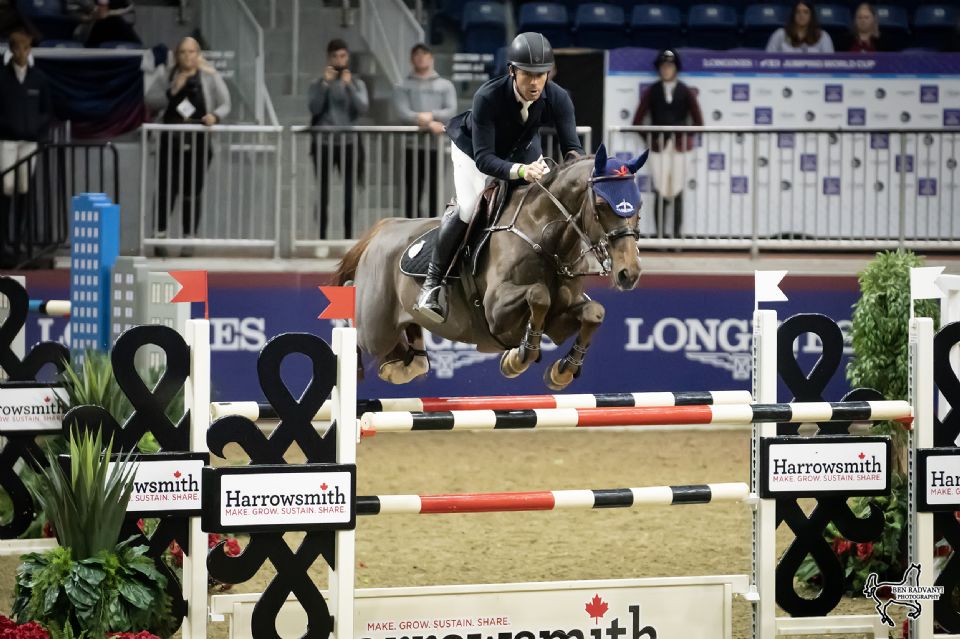 Ireland’s Conor Swail and Theo 160 took second in the $38,000 Jolera International Strength and Speed Challenge on Wednesday, November 9, at the CSI5*-W Royal Horse Show in Toronto, ON.
Photo by Ben Radvanyi Photography 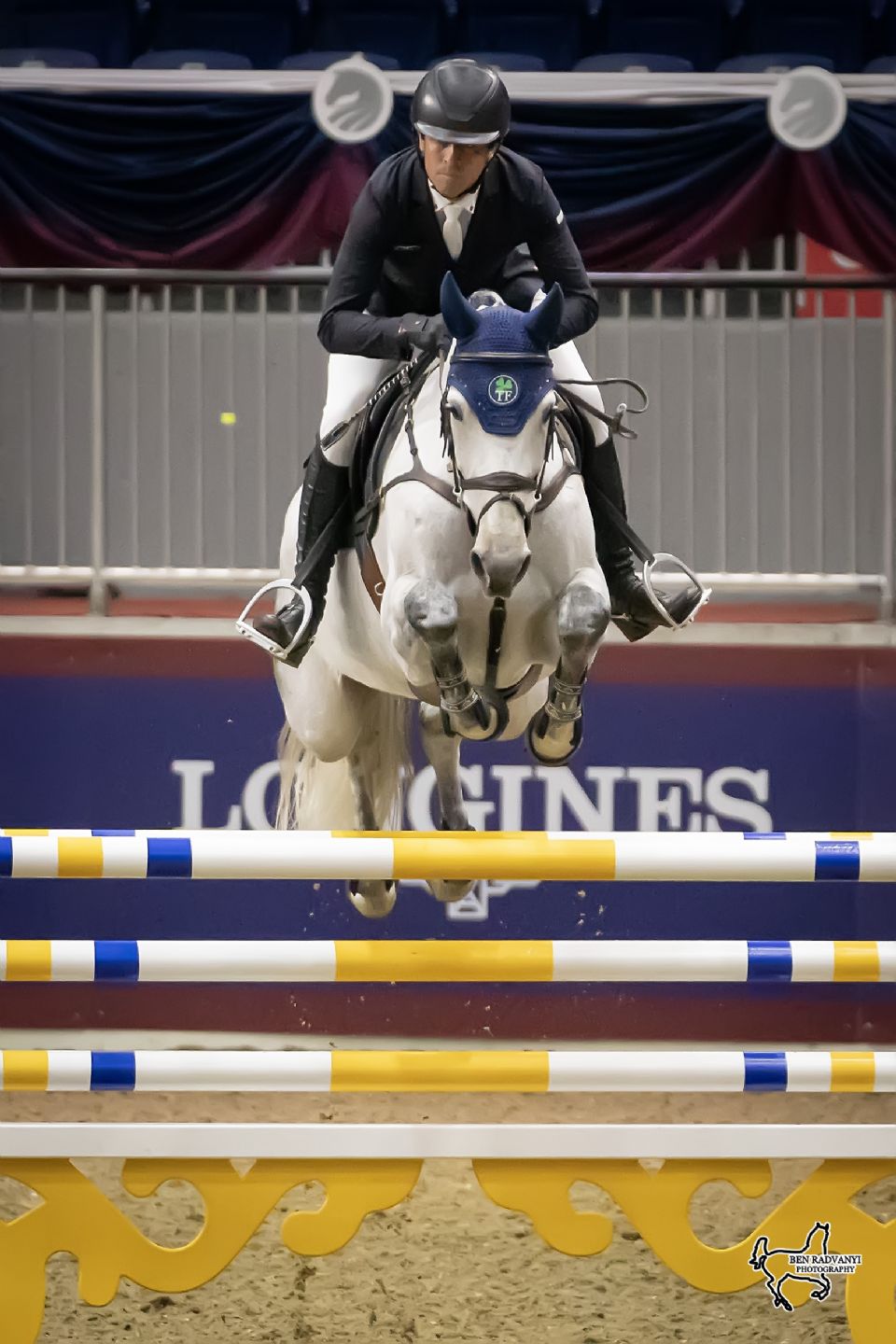 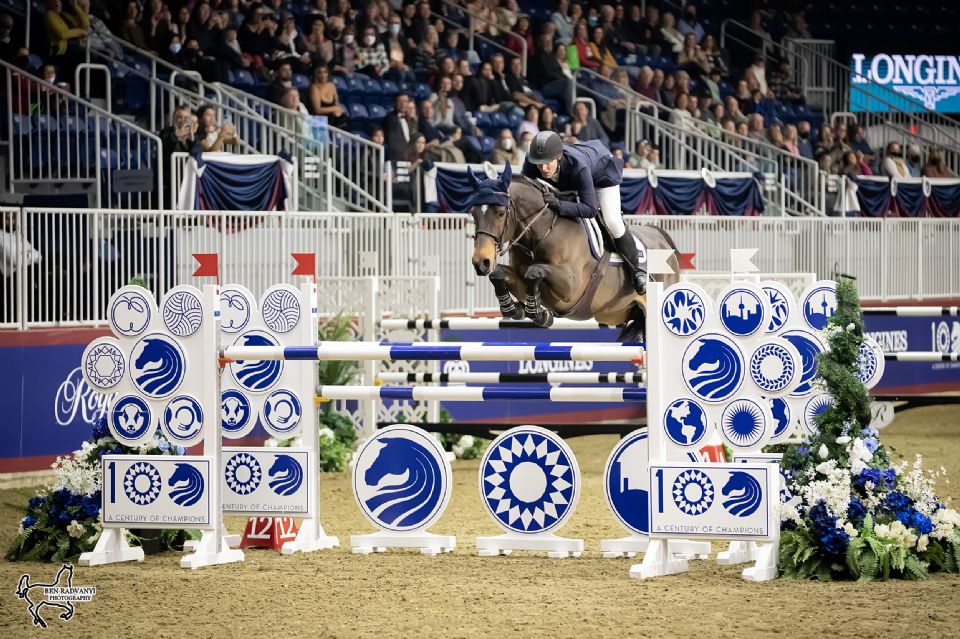 In Wednesday evening’s $38,000 McKee Family International Challenge, three-time Olympic gold medalist McLain Ward of the United States and Catoki, owned by Ward, Bob Russell, and Marilla van Beuren, did what they do best, racing to the top of the leaderboard in 46.21 seconds. Ireland’s Conor Swail put in a strong effort riding Count Me In for second-place honours in 49.35 seconds, while Nayel Nassar of Egypt finished third with El Conde in 50.63 seconds.
Photo by Ben Radvanyi Photography

Kent Farrington of the United States opened international show jumping competition at the Royal Horse Show by scoring victory in the $38,000 Jolera International Strength and Speed Challenge on Wednesday, November 9, as part of the 100th Royal Agricultural Winter Fair in Toronto, ON.

Competing over a “power and speed” track designed by Michel Vaillancourt, riders had to navigate eight fences fault-free within the 45-second time allowed before immediately advancing to the speed portion of the course.  Of the 12 horse-and-rider combinations to jump clear through the first phase, Farrington and Austria 2 were the fastest in the speed phase, stopping the clock in 30.08 seconds.  It marked a repeat victory for pair, who also won in 2019.

“Austria is a hyper-competitive modern show jumper, so almost any course suits her,” said Farrington of the 14-year-old Holsteiner mare (Casall x San Patrignano Corrado) owned by Take the High Road LLC.  “She’s won some five-star grand prix classes and jumped at some of the biggest shows in the world, but as she’s gotten older now, I try to pick classes that I think are a little bit easier for her to jump.  She’s a great winner and has been since day one, and I think she will be until the end of her career.”

The highlight of the CSI5*-W Royal Horse Show is the highly anticipated $250,000 Longines FEI Jumping World Cup™ Toronto which will take place in front of a sold-out audience of over 7,000 people on Saturday evening, November 12.  Riders will be looking to earn valuable qualifying points toward the 2023 Longines FEI Jumping World Cup™ Final taking place in Omaha, NE, next April.

“It’s great to be back at the Royal,” expressed Farrington, who won the Longines FEI Jumping World CupTM Toronto in 2017.  “I can see they put a lot of effort into the 100th anniversary of the show; the place looks great.  The atmosphere and the crowd are always fantastic as well, so it’s a super start to one of my favourite shows of the year.”

“There’s usually a strong field of riders here and this year is no exception,” said Farrington, 41, a U.S. Olympic team silver medalist.  “We have several riders ranked in the top 30 in the world, which is great for North American show jumping.  It helps to raise the level of the sport and gives a great glimpse of top-notch sport to a lot of the people here that might not see it on a regular basis.”

The Royal also offers numerous hospitality experiences that sell out quickly.  The Royal Terrace is available for VIP and corporate hosting while the Coliseum’s Sky Suites offer stables and groups their own private suites.  New for 2022, the Tanbark Club offers an upscale luncheon buffet on select days.  Visit www.royalfair.org/hospitality/ for more details.