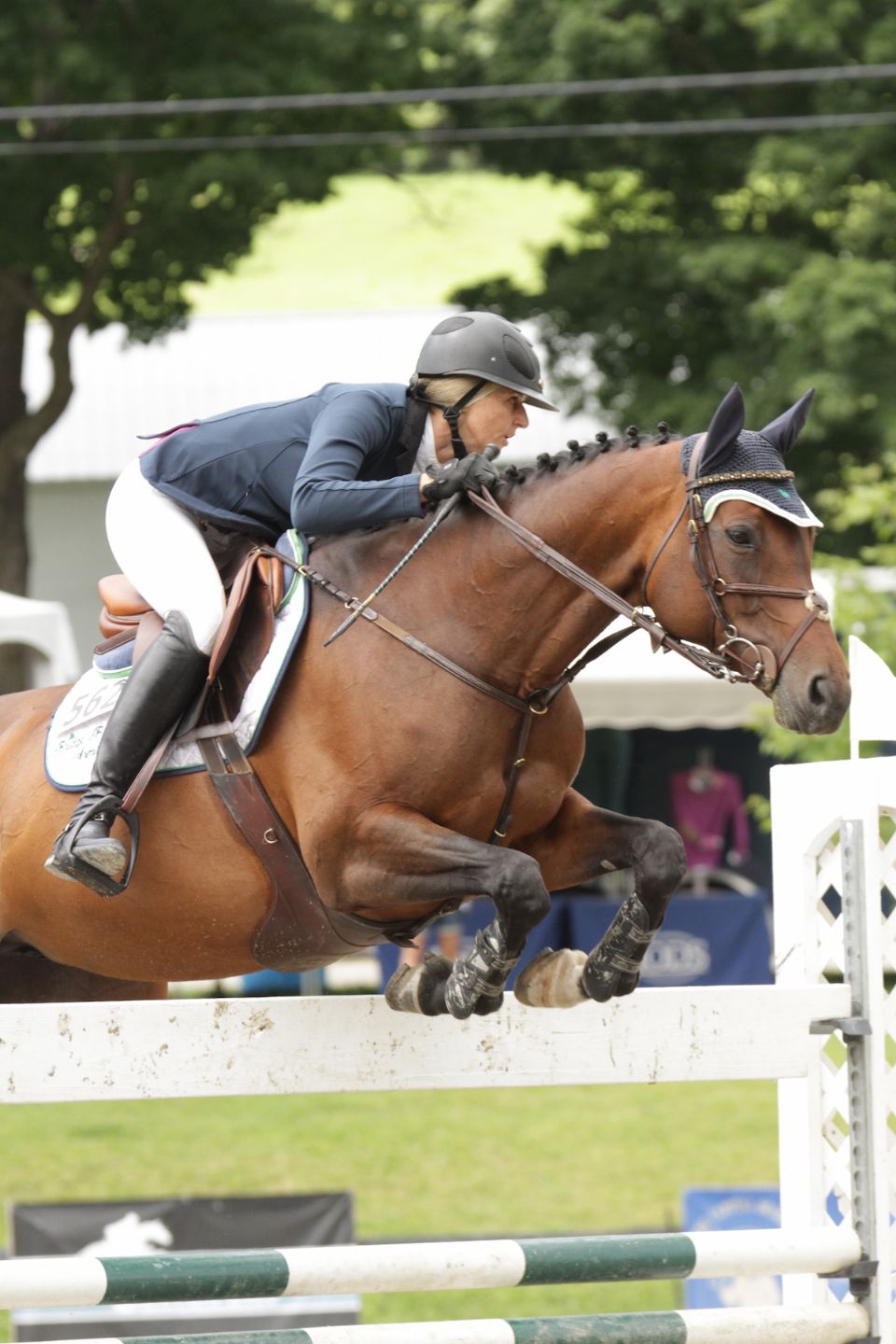 Kelly Soleau and Itty Bitty on their way to victory in the $10,000 Overland Welcome Stake, presented by Manchester Designer Outlets, on August 6 at the Vermont Summer Festival in East Dorset, VT.
Photo by David Mullinix Photography 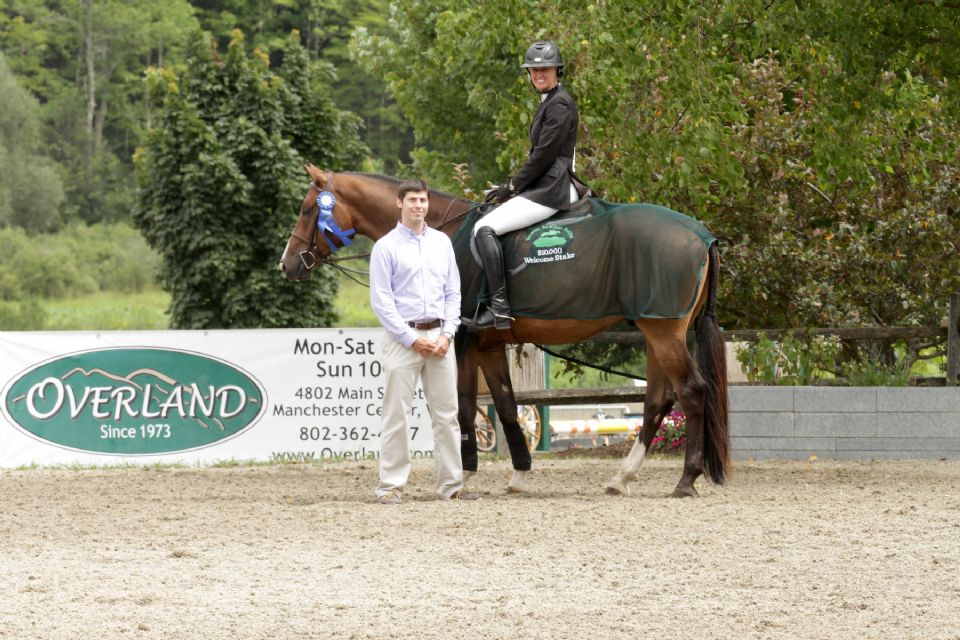 Soleau hails from Connecticut, but trains with Amy, Jonathan and Ian Millar at Millar Brooke Farm in Perth, ON. She and Itty Bitty, a 10-year-old Canadian-bred mare (Fuerst Star x Take the Mickey), set the time to beat early from the fifth position in the original order. After breaking the tape clear in both rounds, her jump-off time of 38.45 seconds landed them in the lead.

Twenty-seven pairs contested Soleau, but couldn't catch her on the clock. Nineteen-year-old Catherine Tyree of Chicago, IL, was only fractions off the lead after piloting Free Style Van Polderhof, owned by Mary & Joseph Tyree, to a jump-off time of 38.90 seconds.

Manuel Torres of Leesburg, VA, won Vermont's Week 5 Welcome Stake with Anabella, but settled for third on Thursday in 38.95 seconds. Soleau's trainer Amy Millar of Perth, ON, took fourth aboard Heros for Ammo Investments in 39.71 seconds. Alexa Lowe-Wiseman of Upperville, VA, and Ami Du Houssoit, owned by Windsor Farm Sales, capped the top five with a jump-off time of 42.01 seconds.

The Millars bred their Dutch Warmblood stallion to a Thoroughbred mare off the track to foal Itty Bitty in 2005. Soleau started Itty Bitty under saddle, and their long history together produced a bond that worked to their advantage in the ring on Thursday.

“I've been showing her since the Baby Green Hunters all the way up to this level,” said Soleau. “Everyone thought she would be a hunter, but I felt like she could do more. She has a lot of blood, she's so quick and the jumps in the hunter ring were easy. I adore her – she has the biggest heart in the world and I am so fortunate that I have been able to keep her.”

After showing in Canada for most of the spring and summer, Soleau and Millar were looking for a new show to add to their schedule, bringing them back to Vermont.

“I showed here when I was younger, but haven't been since I was 16 or 17,” said Soleau. “I was so excited to come back. Today we saw really nice courses, good competition and my horse gave me everything she had just like she always does.”

In addition to their share of the prize money, the top two finishers were presented with awards from Manchester Designer Outlets in Manchester, VT. Soleau claimed a $1,000 gift card from Overland, while Tyree was awarded $100 to Polo Ralph Lauren for second-place honors.