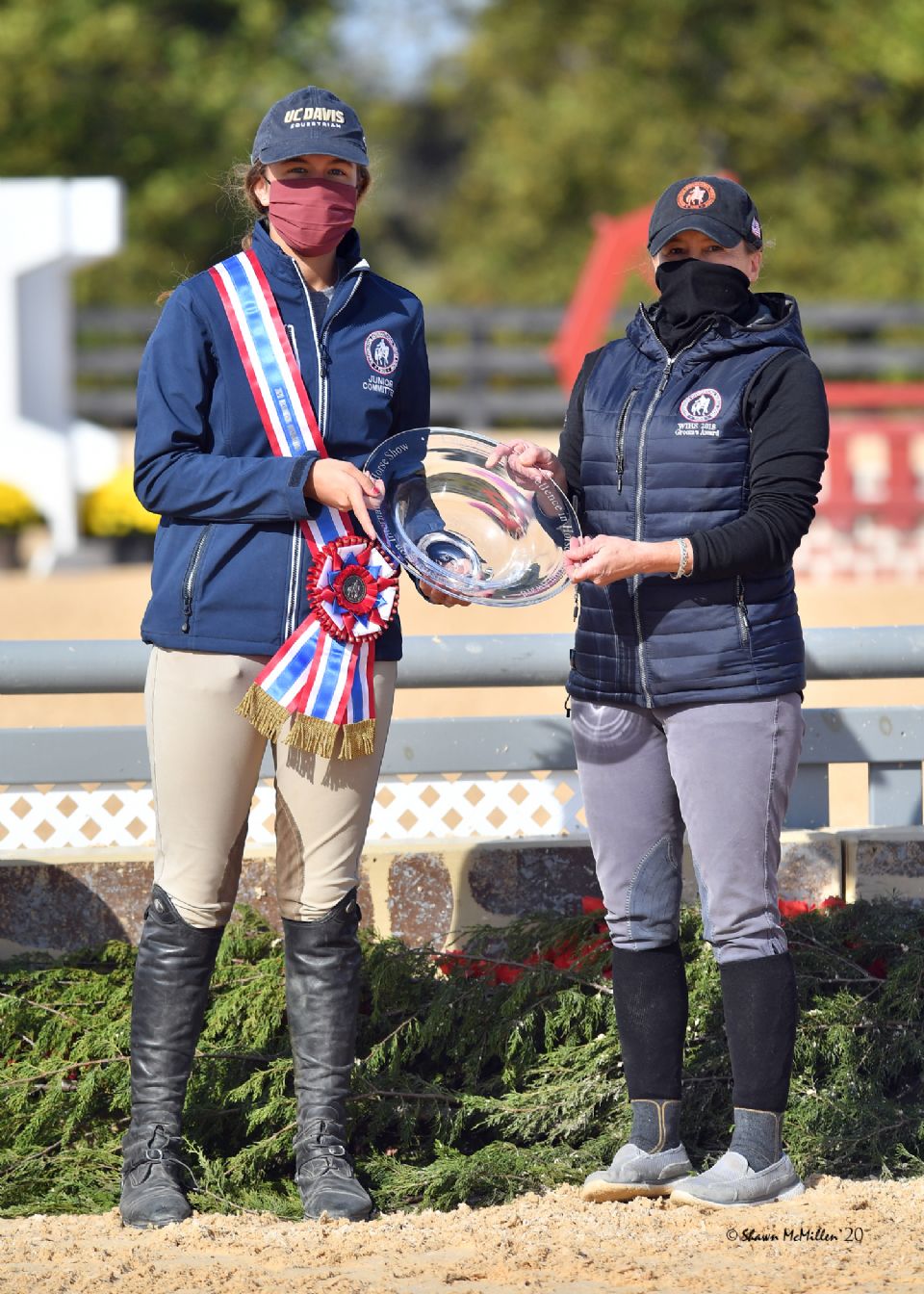 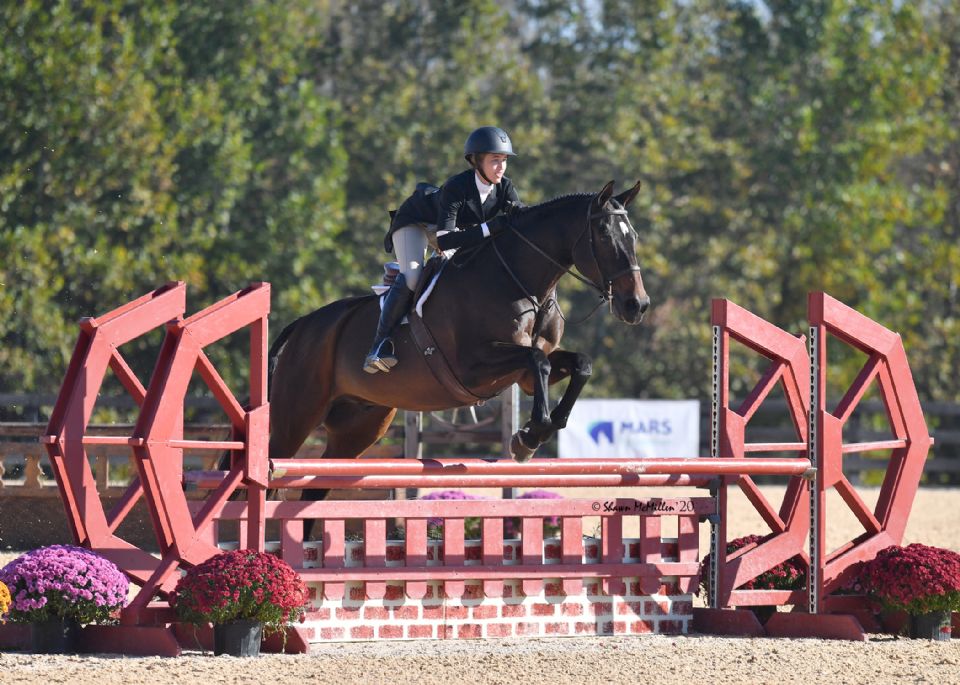 The Laura Pickett Trophy for Excellence in Horsemanship was donated to the Washington International Horse Show (WIHS) by Vicki Lowell and created in memory of a very special equestrian and trainer – Laura Pickett.

Pickett lost her fight against breast cancer at just 52 years of age, after a five-year battle. The Trophy honors her contributions to the sport she loved and the legacy she left behind. She inspired enthusiasm for life, in addition to good horsemanship, and her award is presented to an “up and coming” rider who best exhibits the same qualities. Of those nominated, Wolfe rose to the top and was presented the honor from WIHS Project Coordinator Lara McPherson.

“While showing on the local circuit over the years I have learned how much Laura Pickett meant to the riding community, and it is such an honor to be a recipient of this award and carry on her name and what she stood for,” said Wolfe, who is a senior at Bishop Ireton High School in Alexandria, VA, and is verbally committed to compete on the University of California, Davis Equestrian Team next year.

This year, Wolfe is serving her fourth term as a member of the WIHS Junior Committee and recalls attending Barn Night, watching the Laura Pickett Excellence in Horsemanship Award presentation, and dreaming of one day being a part of WIHS. Since then, Wolfe’s dream has come true and she even finished in the ribbons of the 2016 WIHS Children’s Hunter Championship.

Wolfe, who trains with Kristin Mangum, competed in the USHJA Zone 3 3’3” Junior Hunter Final on her own Sobri-K at the WIHS Regional Horse Show, noting, “2020 is so different and unexpected, but the [WIHS] Regional Horse Show went on beautifully at a gorgeous venue. It’s awesome to see people who do the local shows and the “A” shows come together for a great event.”

Highlighting USHJA Zone 3 Championship jumper competition, Telina Tibbs of Great Falls, VA, riding Stanley 151, was crowned champion in the children’s division, while Maryland’s Cassie Lively and Quite A Journey were named reserve champion. For adult riders, top honors in the USHJA Zone 3 Adult Amateur Jumper Final were presented to Perri Freeman of Ellicott City, MD, and Dedwig while Wendy Libert of Hughesville, MD, and Can Can VI were reserve champions.

Leading the charge for the Zone 3 Small and Medium Children’s Hunter Ponies was Abbygale Hamilton on Starbound with  Virginia Harris, who hails from Virginia, taking reserve on Pescado. The Zone 3 Large Children’s Hunter Pony tricolor went to Tessa Brandon of Vienna, VA, on GF Aurelia, while reserve was presented to Eliza Laviolette of Ashburn, VA, riding Gotta Get Rockin.

Complete results from the WIHS Regional Horse Show and USHJA Zone 3 Championship presented by TTR Sotheby’s International Realty can be found at HorseShowing.com.