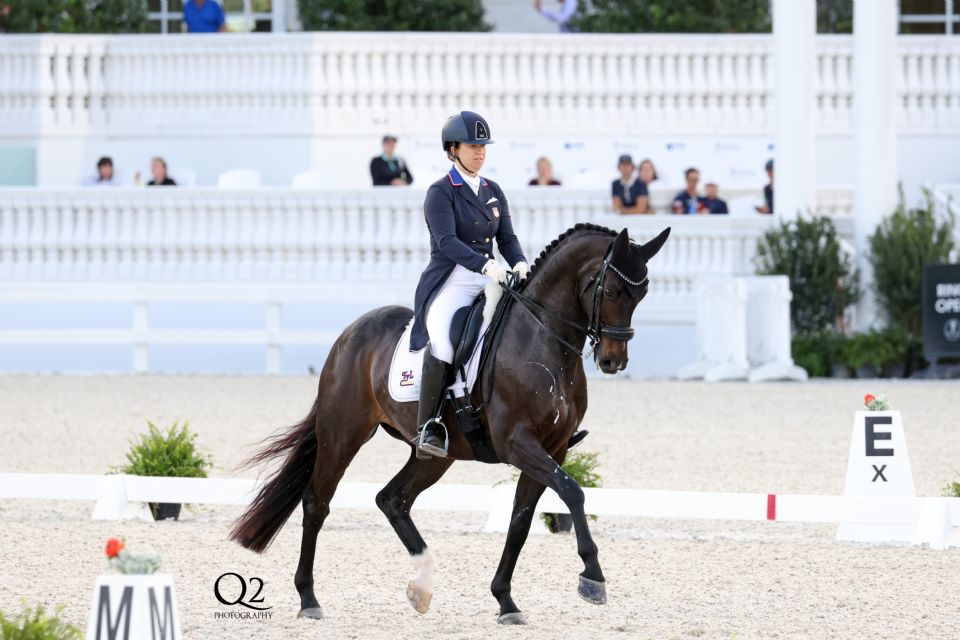 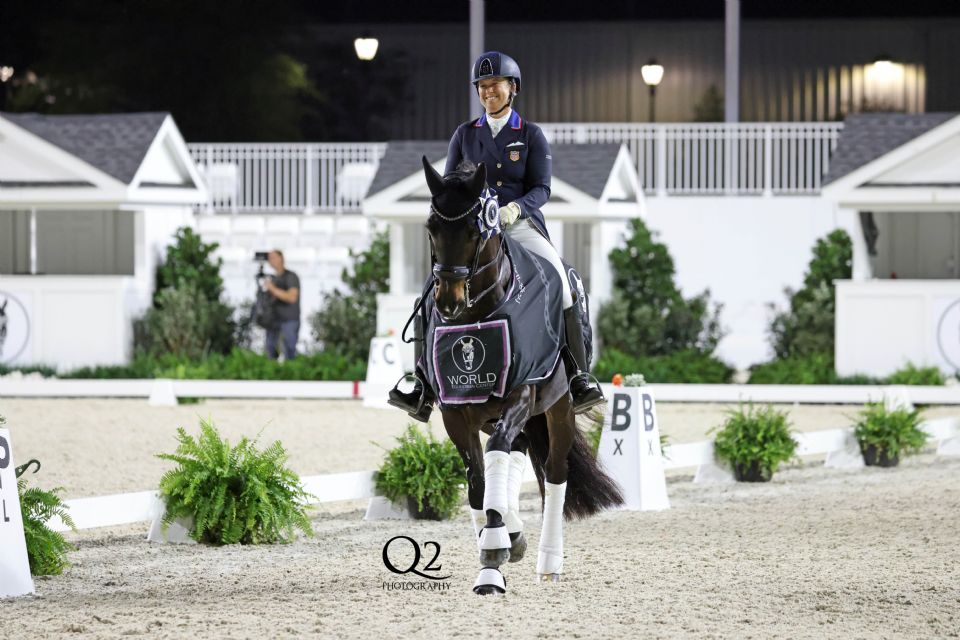 Katie Duerrhammer was all smiles and tears after setting a personal best with Paxton to win the Grand Prix CDI3*.
Photo by Q2 Photography 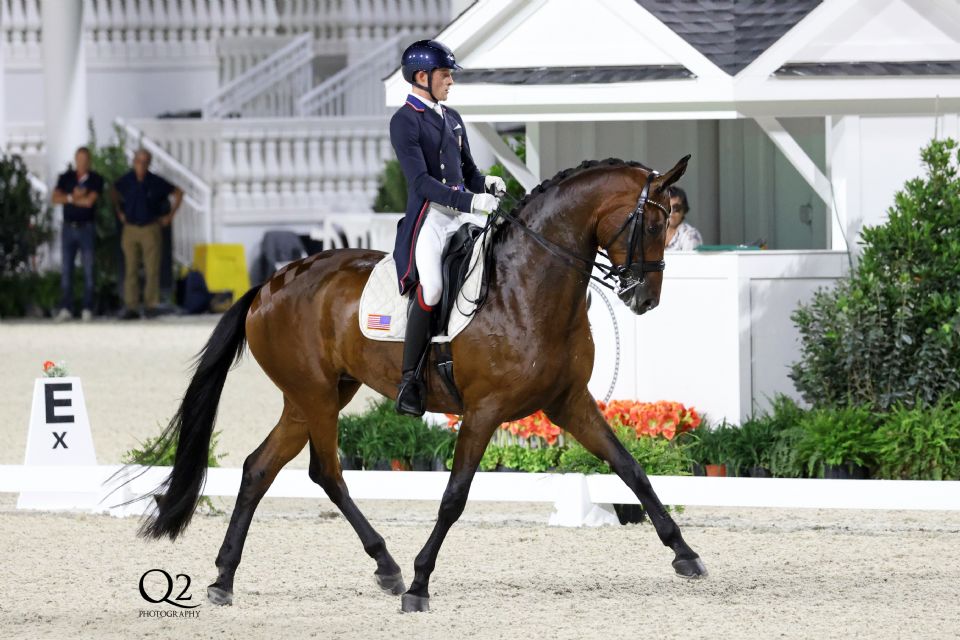 International dressage returned to World Equestrian Center (WEC) in Ocala, Fla., on Thursday, April 14, 2022, with CDI3* competition. Triumphing with a personal best score of 73.217%, Katie Duerrhammer (USA) and Paxton came away with their first large tour victory in the Grand Prix CDI3*.

In a field of 26 entries, Duerrhammer and Paxton, an 11-year-old Westphalian gelding by Dante Weltino OLD x Don Marco owned by Kylee Lourie, had a high score of 75.326% from the judge at B, Gabriel Martin Armando.

Ben Ebeling took over the ride on Indeed from his father and coach, Olympian Jan Ebeling, this winter and this is their sixth show together. He also works with Christoph Koschel and Gary Rockwell and thanked the team that helped him get to this point.

Recognizing Indeed’s improvement for a personal best, he remarked, “She’s just risen to the occasion time and time again at the shows. Step by step, she’s getting better; a couple percent here, a couple percent there. I’m really feeling it in the every-day training. She’s quite a long horse, but I think the engagement from the hindquarters has taken her a bit and now she’s really understanding the idea. Today was honestly the best out transitions in the piaffe/passage that I’ve had. That’s something that I’ve been really working on and was a little frustrated about, but today she really came to the party and she’s just fantastic. I’m really happy about it.”

“I can’t thank the organization at WEC enough,” he said. “It’s a fantastic show grounds, and I’ve been so excited to come and see it. This really provides a great space for atmosphere. I’m really looking forward to the freestyle tomorrow night.”

For Duerrhammer, the long road with Paxton and the challenges that came with him led to a wave of emotions as she left the ring in happy tears after her test.

“To go in there tonight in a venue he’s never been in and for the first time take a deep breath and say, ‘Ok, we can do this’ was huge,” she related. “I feel like he really trusted me, and I haven’t had him feel like he felt tonight, ever. It was very emotional. He’s not been easy. For everybody involved, Adrienne [Lyle], me, his owner, everybody, they have had so much faith in him when I haven’t always. To have him go in there and say, ‘Let’s do it’ was just incredible.”

Duerrhammer has shown previously at WEC with her veteran mount Quartett and was excited to compete in the Grand Arena with the dramatic backdrop of The Equestrian Hotel.

“It’s an amazing ring,” she said. “He loved it. The ring itself, you walk in and it’s incredible. The footing is amazing. To be in there and have it be a personal best and have him rise to the occasion is really special.”

Duerrhammer has ridden Paxton for four years. This is their first year competing at open grand prix level, and only their fourth FEI show in grand prix. Knowing he is a hot, spooky horse, she put in a considerable amount of time with groundwork and clicker training to build a relationship and trust. Paxton now does the Spanish walk, stands on podiums, and more.

“It’s been really special to see how he’s become more open to the work in dressage and taking the pressure better because of getting him more wanting to have a relationship,” she explained. “I spend a lot of time with him because I think he’s a horse that mentally has to be 100% on your side.”

Duerrhammer will return to the show ring in Saturday’s Grand Prix Special CDI3*.

In a presentation following the Grand Prix awards, Ariana Chia (CAN) was presented with the Best Turned Out Award for her horse Fiderflame. Gifts given by Ariat, Arista Equestrian, Black & White Dog LLC, Blue Lotus Studio, Kelsey's Captivating, LM Boots, Odette Boutique, and A Sudden Impulse Boutique - WEC's official merchandise store - were given to Chia for Fiderflame's exemplary style in the CDI Veterinary Inspection.