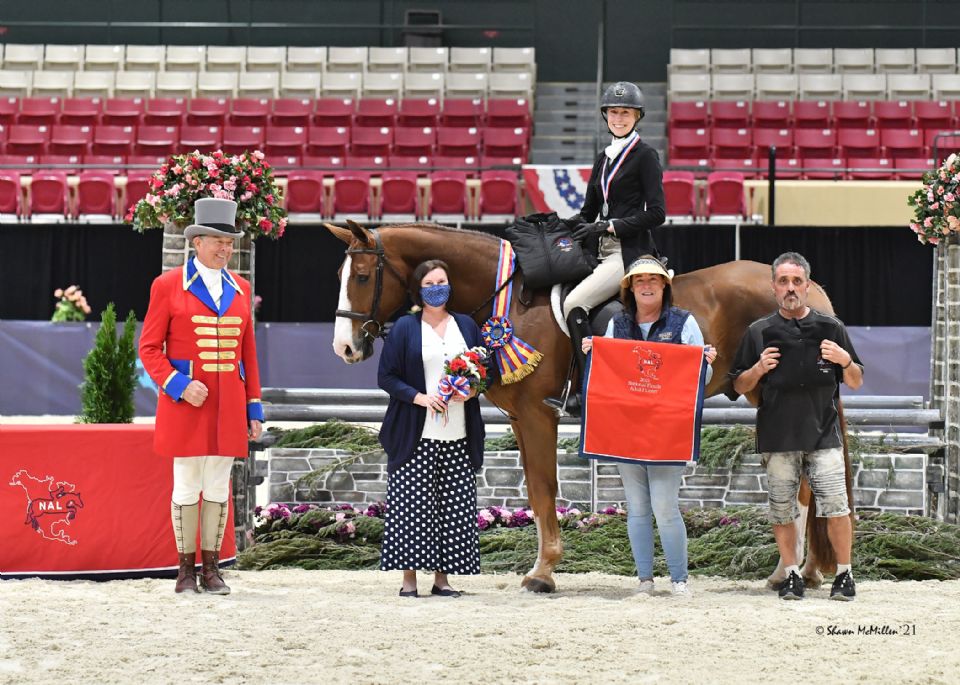 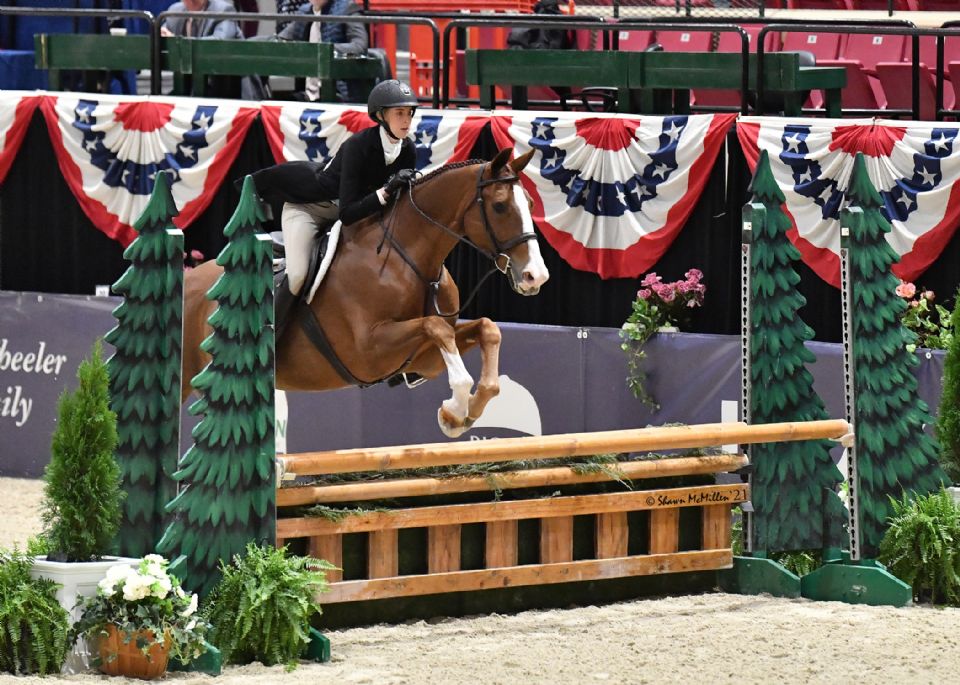 Riders qualified for this year-end final by accumulating points in the NAL Adult Hunter competitions throughout the year. In the first round, Kranking and Mahalo led the pack of 28 horse-and-rider combinations with a high score of 87. They followed up in the second round with an 84 for a total of 171 for the win.

Second place went to Traci Baldwin and her own Verdi. They scored 81.5 in round one and had the high score of 86 in round two for a total of 167.50. With a total of 165 from scores of 80 and 85, Heather Bamford and Wyatt, owned by Kirsten Pollin, finished third.

While Mahalo, a 21-year-old Warmblood gelding, is a hunter ring veteran with major wins, including victory in the $500,000 Diamond Mills Hunter Prix with Samantha Schaefer in 2011, Kranking has only been riding him for a year. The win was extra special for Kranking, as Mahalo is the first horse she has ever had to herself.

“He is my first horse that I’ve ever had in my life,” confirmed the 29-year-old Kranking. “I’ve been riding my whole life. I’ve been with Rolling Acres for the past 10 or 11 years, and I’ve basically been catch riding for them for 10 years. I’ve just ridden whatever I can, so it was really special to have a horse for a whole year and have that relationship with him because I’ve never really had that before. It shows that consistency really builds a great relationship. I’m extremely lucky to have him; he’s incredible. I’d never thought I’d ever get here!”

As the leader coming into the second round, Kranking was nervous and wanted to avoid major mistakes.

“My goal was to go in and ride like I did the first round and have fun,” she said. “Mahalo does his job, so if I rode like I have all year, I knew we would be fine.”

In the first round, said Kranking, “I did get some pace because sometimes we can be a little slow. Mahalo walks in there like he’s done this a million times, which he has, so he really just carried me around. My goal was to use my corners, use my turns, ride up the lines, and find the jumps.”

While Mahalo has “been there, done that,” he still is able to throw a curveball occasionally. “He can definitely have some spice every once in a while,” laughed Kranking.

Competition will continue at the 2021 Capital Challenge Horse Show on Wednesday with the conclusion of the Performance Hunter 3’6” in both the Show Place Arena and Outdoor Ring at 7:30 a.m., followed by competition for Amateur-Owner Hunter 3’6” and 3’3” divisions. The highlight classes of the day include the World Championship Hunter Rider (WCHR) Professional Challenge and WCHR Developing Pro Challenge.