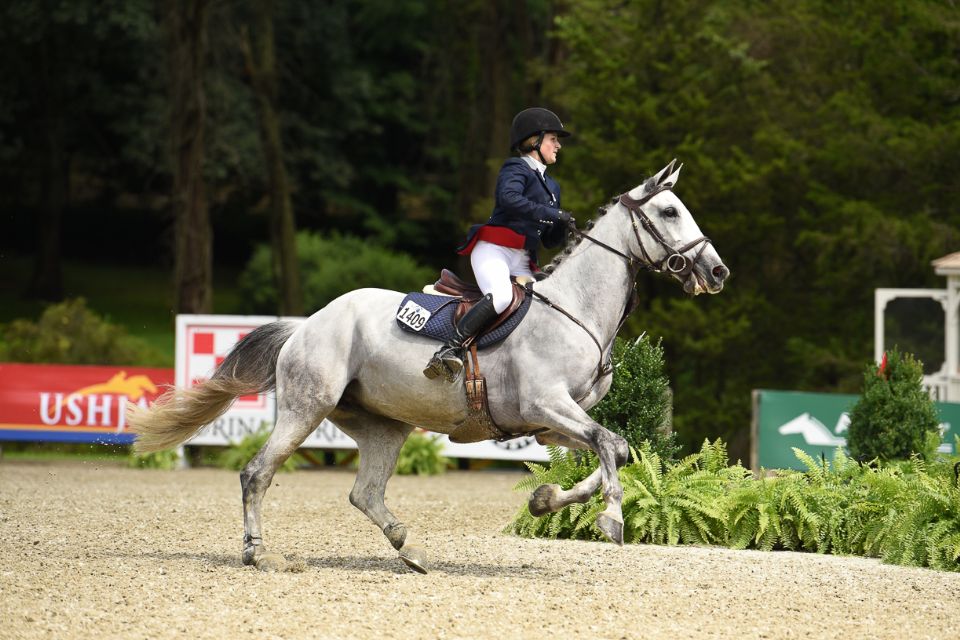 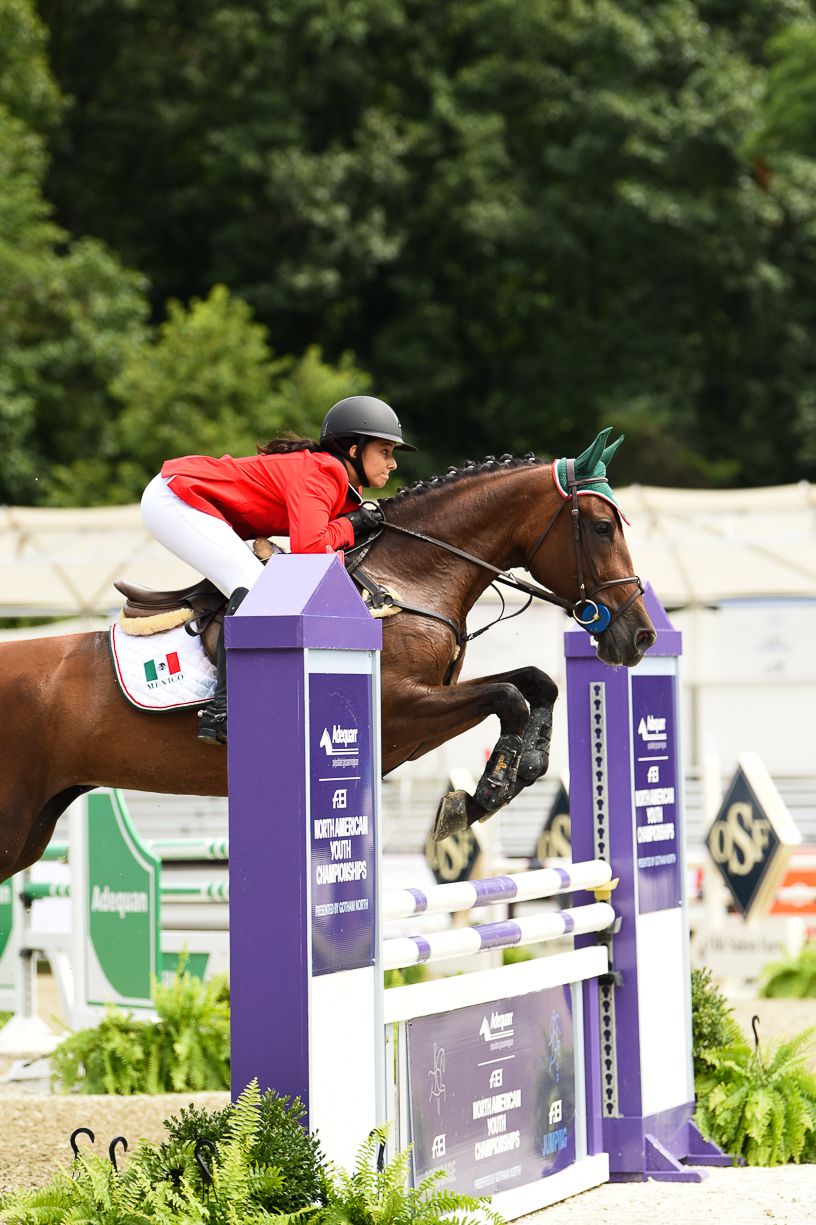 Three riders competed in the USHJA North American Junior and Young Rider Show Jumping Individual Farewell Competition: Canada’s Samantha Starratt, Guatemala’s Lukene Arenas Saravia, and Ruziska (21, Frederick, Md.). All three had one rail in the first round, which ensured a jump-off. With Starratt and Akolito, Tonia Anderson’s 10-year-old Westphalian gelding, jumping clear, Ruziska and Elonie, her nine-year-old KWPN mare, had to keep their turns tight to have a chance of winning.

“I knew she had a relatively fast time, and I knew I had to jump clear. [Elonie] is already a fast horse, so I just let her go,” said Ruziska, who finished with a time of 38.01 seconds. “The past couple of days were very competitive. Today, we were on our groove, and I knew what I had to do. It’s my last year as a young rider, and that’s why I came. I’m so appreciative to have Sandra [Ruiz] as my zone captain because without her I would not be here. Leaving with a blue ribbon feels good.”

“I am really proud of myself. Yesterday did not go well. My mare and I have been together a long time, and I love her, but yesterday was not our best course. However, today we improved, so I am really proud of her and that we can compete at this level and win this competition,” explained Saad Vega.

The NAYC will conclude on Sunday, August 5, with the USHJA North American Jumping Individual Championships beginning at 8:30 a.m. streamed live on the USEF Network.