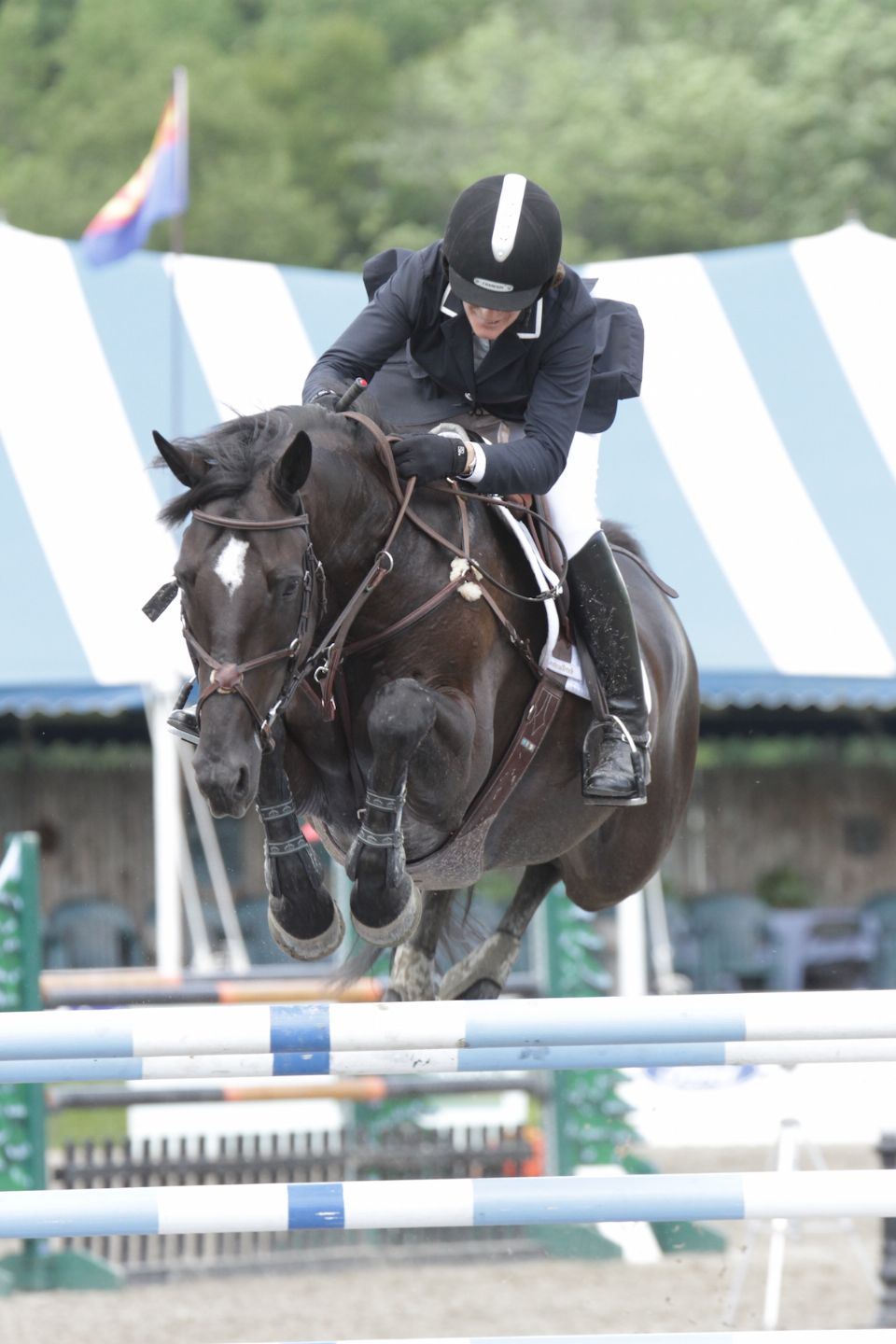 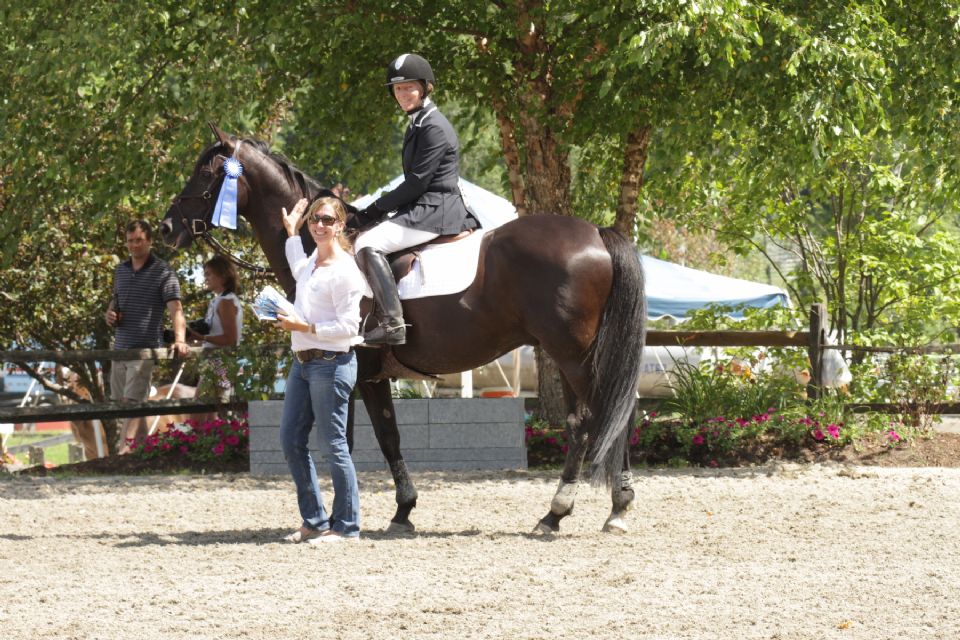 Slater may have been the oldest rider in Sunday's class at 61, but she put years of experience in the tack to good use and bested an 18-horse jump-off over courses set by Gerry Briggs (USA). Second-round contenders returned to a technical track built by Briggs where seven pairs eventually jumped double-clear.

Nineteen-year-old Ashley Foster of Brookeville, MD, and Amon De Diamanté posted the first clear ride in the jump-off in 39.02 seconds. Her lead held for eight rounds until 16-year-old Nicolas Horgan of Charlotte, VT, and Zico T bumped her to second with a clear ride in 38.49 seconds.

Slater and Oilean Uno, a nine-year-old Irish Sport Horse gelding (Le One x Oilean Carena), entered the ring two trips later and were fast and efficient to cross the timers in 38.36 seconds and win by just over a tenth of a second.

Horgan and Zico T slipped to second for owner Kelly Horgan, while Foster and Amon De Diamanté, owned by Rolling Acres, held on for third.

Canada was well represented in the top five with Lauren Barton of King City, ON, and her own Dorestus finishing fourth on a clear jump-off round in 39.67 seconds. Miranda Travers-Cavill of Claremont, ON, capped the top five clear in 41.30 seconds aboard her own Capri.

Proud to earn her first classic win with Oilean Uno at the Vermont Sumer Festival, Slater discovered the show on a shopping trip with her mother in 2002. “I came the first time the next year and have been coming every year since,” she said.

Slater is back to winning in the amateur jumper ranks after retiring her star mount Shindig two years ago at the age of 19 before finding Oilean Uno in Ireland in December 2014. He was the grand prix mount of Francis Connors and had several top grand prix finishes to his credit before Slater brought him to the U.S.

“I only ask him to jump the low amateurs now because I'm old and get in the way,” laughed Slater. “I had a feeling we were going to jump well and thought 'let's get this done today'. It worked out just the way it's supposed to.”

Usually riding under the direction of her goddaughter Laura Chapot and Neal Shapiro, Slater was her own trainer this week, but could not have been more proud of Oilean Uno.

“He's fast, he can gallop and gets really close to the jumps before leaving the ground. I got the right spot at fence one and rolled back perfectly to start the course,” she said. “He's wonderful. He goes in a snaffle and loves to play the game.”
When asked how it feels to beat a field full of riders many years her junior, Slater said, “I'll be 62 in two weeks. I'm old enough to be their grandmother, but I'm just really lucky to have such nice horses. They are the true stars.”

In addition to her share of the prize money, Slater also earned awards from Certified Sports Coach Sarah Becker of Summit Performance.

Carlie Genecco of Troy, NY, won the $1,500 Marshall & Sterling Children's Jumper Classic with her own Hassandra VDL, while Andrea Torres Guerreiro and her own Victoria claimed blue in the $10,000 Show Jumping Hall of Fame High Junior/Amateur-Owner Jumper Classic, presented by Team Barber. Hambley also presented Guerreiro with another bestselling suspense novel, The Troubles.

The weekly Horse Sport Canadian Sportsmanship Award was also presented on Sunday. Natalie Smith, who operates Monterra Farms in Claremont, ON, accepted the prize after week five of the Vermont Summer Festival. The new award, sponsored by Horse Sport Magazine, Canada's most respected equestrian magazine, is presented each week during the circuit, with the winners collecting several prizes, including a subscription to Horse Sport magazine.