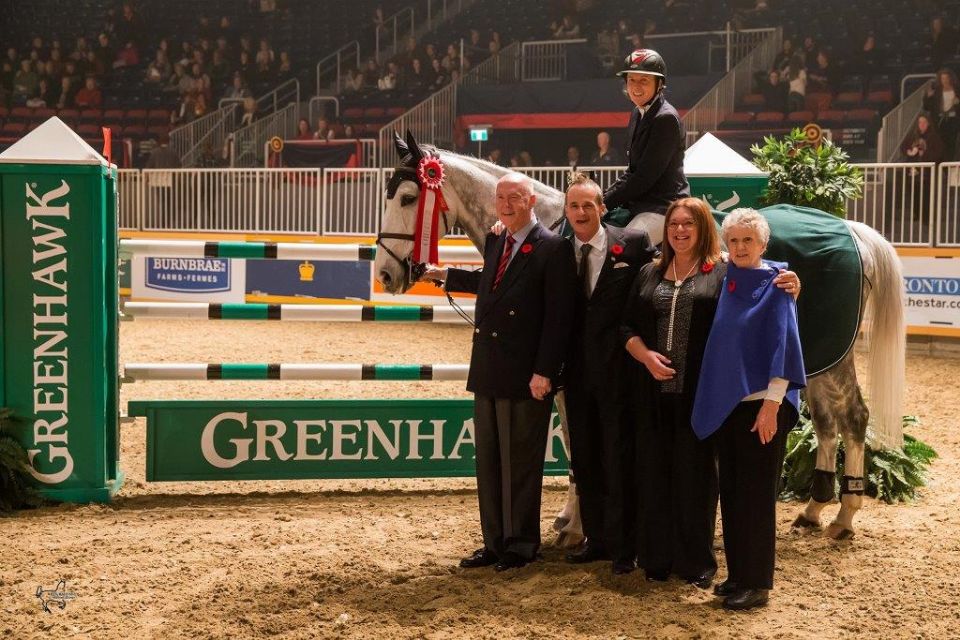 Jill Henselwood and Farfelu du Printemps are presented as the winners of the opening round of competition in the $100,000 Greenhawk Canadian Show Jumping Championship on Friday, November 6, at the Royal Horse Show® in Toronto, ON.
Photo by Ben Radvanyi Photography 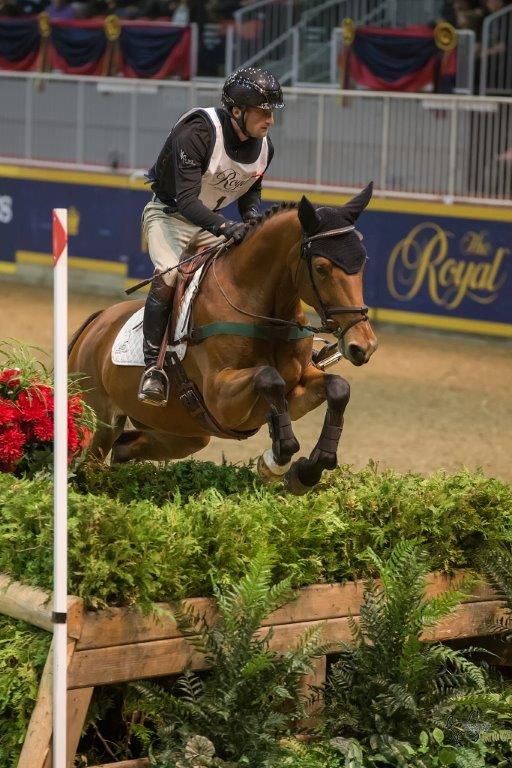 Seven-time winner Waylon Roberts of Port Perry, ON, was back to score victory in the $20,000 Horseware Indoor Eventing Challenge on opening night of the Royal Horse Show® in Toronto, ON.
Photo by Ben Radvanyi Photography

Jill Henselwood of Oxford Mills, ON, scored a win on opening night of the 2015 Royal Horse Show® running through November 15 as part of the The Royal Agricultural Winter Fair in downtown Toronto, ON.

Riding Farfelu du Printemps, Henselwood won Round One of the $100,000 Greenhawk Canadian Show Jumping Championship on Friday evening, November 6. The new 2015 Canadian Champion will be crowned following Round Two on Saturday, November 7.

In the opening round of competition, speed was the name of the game as riders negotiated the track set by British course designer Richard Jeffery of Bournemouth, Dorset. Henselwood and Farfelu du Printemps, a 10-year-old Belgian Warmblood gelding owned by John Madigan, posted one of only two fault-free trips, breaking the timers in 63.80 seconds to best a 24-horse starting field.

“He’s smart, clever, knows where the jumps are, and is naturally fast,” Henselwood said of the horse she found in Switzerland earlier this year for her student, Julia Madigan. While she focuses on her studies at Queen’s University, Julia Madigan has handed the reins to her coach.

“The qualities of a top show jumper are usually so high that if you put a less experienced rider on and they make a mistake it really tips the canoe, but this guy has an incredible mind,” said Henselwood, 53. “He’s a pleasure to have in my string.”

Keean White of Rockwood, ON, and For Freedom Z, owned by Angelstone Partners, gave Henselwood a run for her money as the final challenger of the night. He posted a clear round, but his time of 66.02 seconds left him in the runner-up position.

Lisa Carlsen of Okotoks, AB, riding Worlds Judgement, owned by WJ Partners, were first into the Ricoh Coliseum and established the early time to beat, with a four second penalty added for one rail down giving her a time of 67.11 seconds. Her lead held for 20 trips until Henselwood and White bumped her into third. Fourth was presented to Beth Underhill of Schomberg, ON, and her own Viggo in 67.39 seconds, while Neil Badcock of King City, ON, and Corrido rounded out the top five in 67.64 seconds for owner Jessie Bonisteel.

Henselwood is no stranger to success in the Greenhawk Canadian Show Jumping Championship, having last won in 2005 aboard Black Ice. In addition to winning the national title, a top placing would also allow Henselwood to advance to the international division beginning November 10, highlighted by the coveted $125,000 Longines FEI World Cup™ Jumping Toronto on Wednesday night.

Opening night of the Royal Horse Show also saw a win for Isabelle Lapierre of Breakeyville, QC, aboard Cescha M in Round One of the Jump Canada National Talent Squad Championships, presented by Uplands Charitable Foundation. The evening came to a close with seven-time winner Waylon Roberts of Port Perry, ON, topping the opening phase of the $20,000 Horseware Indoor Eventing Challenge.