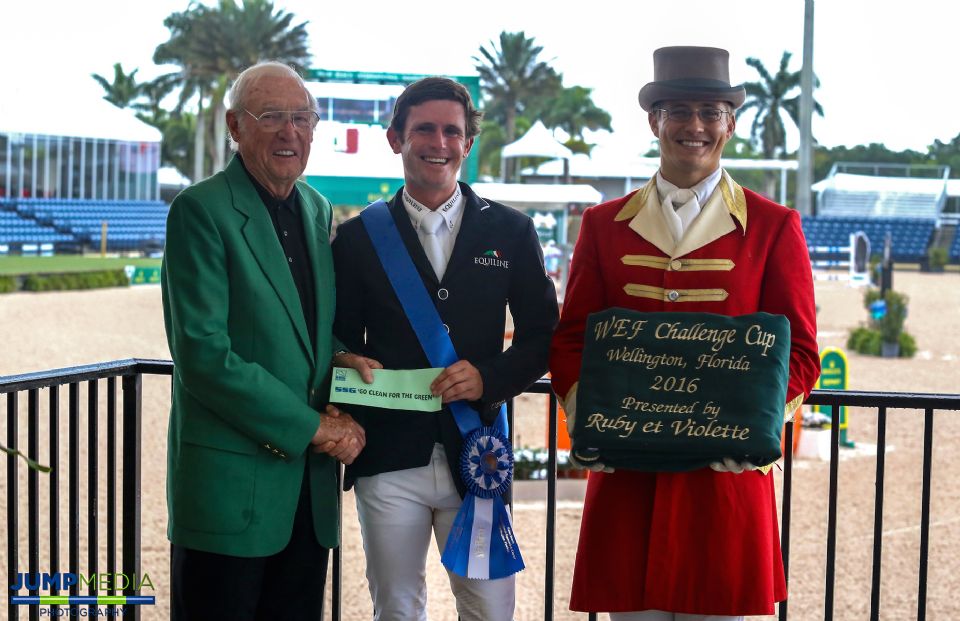 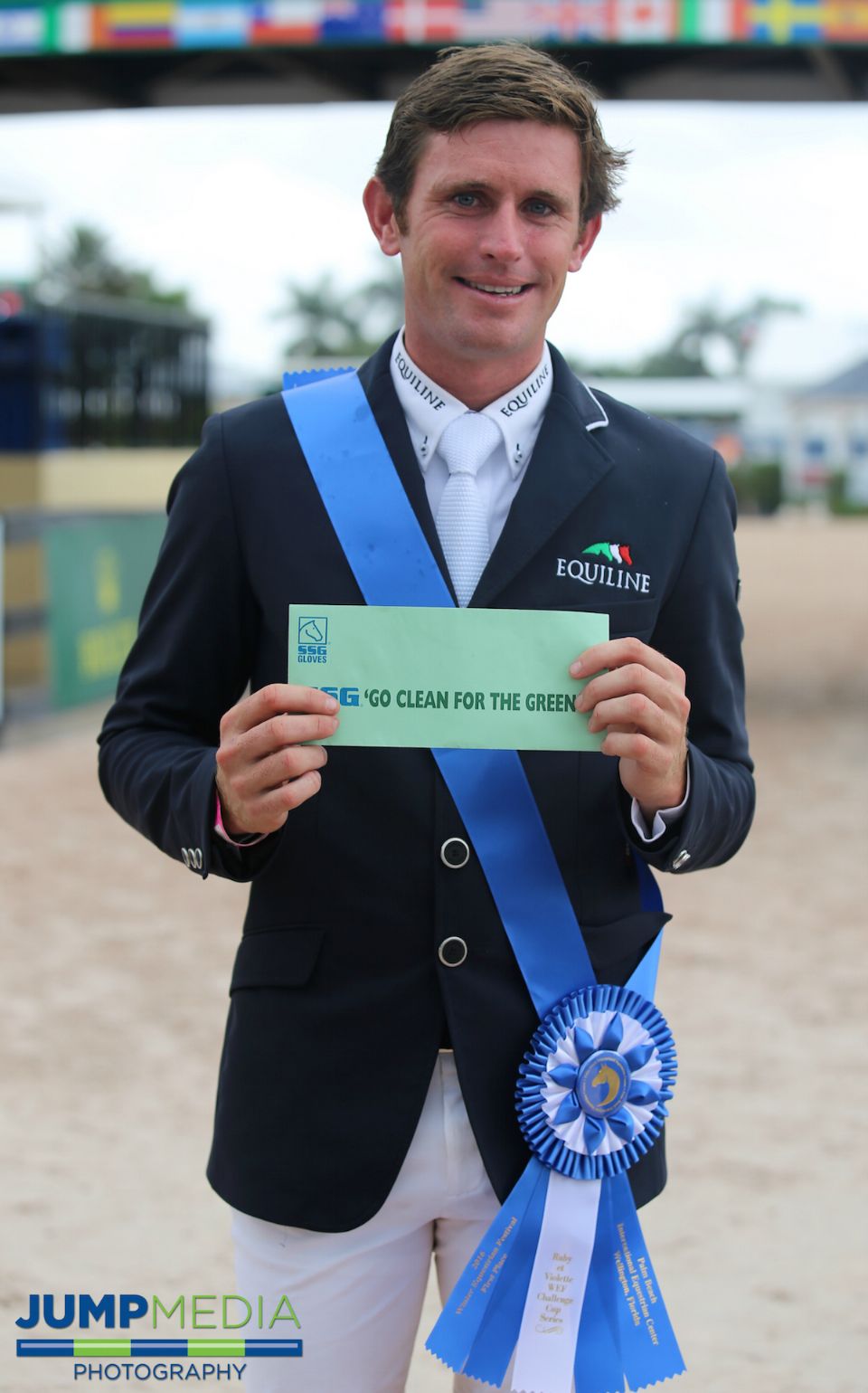 Darragh Kenny of Ireland shows off his $3,000 bonus from SSG Gloves after his win.
Photo by Jump Media

The luck of the Irish has proven true for Kenny and Red Star d'Argent.  The pair already had two grand prix victories to their credit before entering the International Arena for Thursday’s WEF Challenge Cup Round XI where a total of 17 horse-rider combinations from the 65-horse starting field advanced to the jump-off over the course set by Olaf Petersen, Jr. of Germany.  Wearing SSG 'Digital' style riding gloves, Kenny and Red Star d'Argent, an 11-year-old Selle Français stallion owned by Oakland Ventures and Sergio Alvarez Moya, turned in a blistering time of 37.52 seconds to take the win by a fraction of a second over Kent Farrington, who stopped the clock in 37.53 seconds riding Creedance.

For wearing SSG ‘Digitals’ on his way to victory, Kenny collected a $3,000 bonus in the ever-popular SSG Gloves “Go Clean for the Green” promotion.

“I won a WEF and the SSG Gloves bonus four or five years ago when I worked for Missy [Clark] and John [Brennan], but I haven't really done much the last few years here in the bigger classes because I've been trying to produce horses,” explained Kenny.  “I didn't have a pair of the gloves for ages and I bought some before this class.  That worked out really well!  They are a very comfortable glove.”

As for how he plans to spend his bonus money, Kenny said, “I'm going to put it in my bank account and try and save it.”

While Kenny only recently got the ride on Red Star d'Argent, the end goal is to sell the stallion.  According to Kenny, the SSG Gloves bonus may play a role in that process.

“At the end of the day with this horse, the prize money is what keeps him showing, and having a little extra is great,” he said.  “It's great for the riders to get a bonus like this and to have a sponsor like SSG Gloves do that for these classes.  It's another little bit that really helps.”