Hunters From Both Coasts Crowned Champions at Capital Challenge 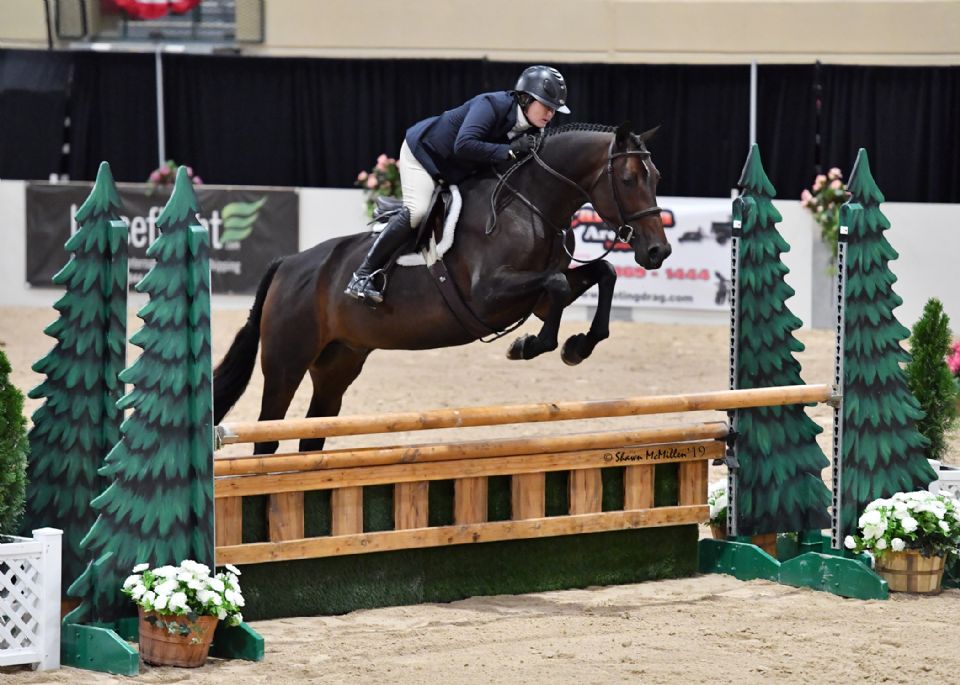 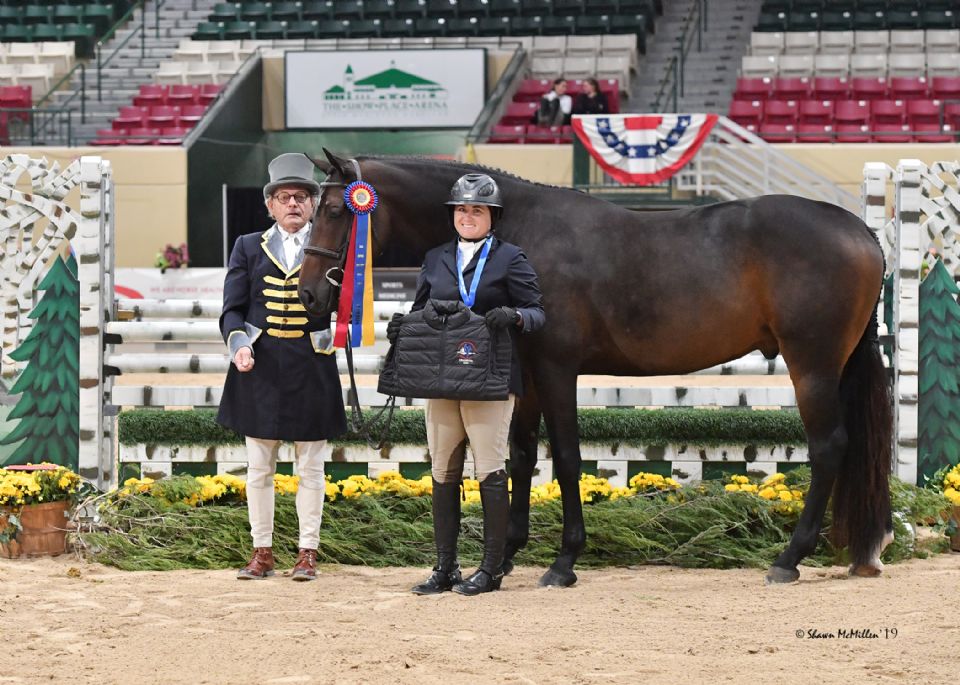 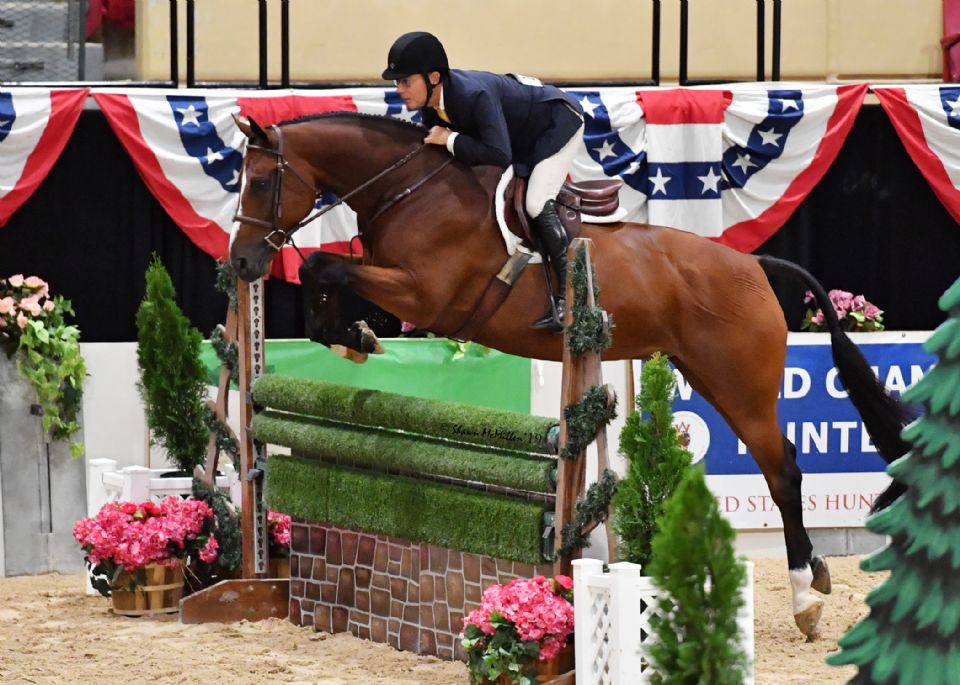 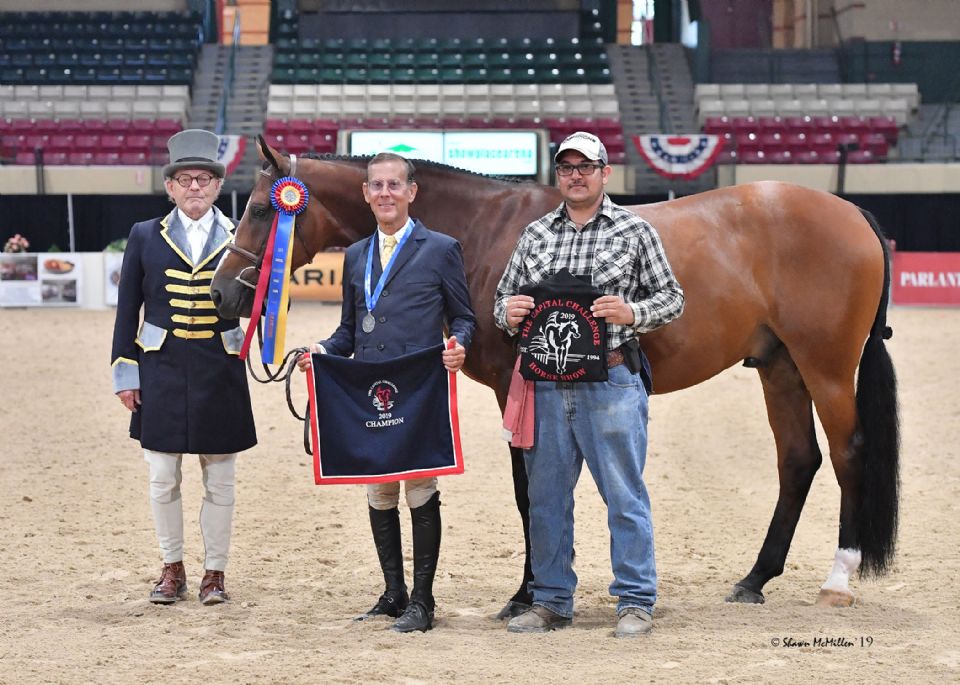 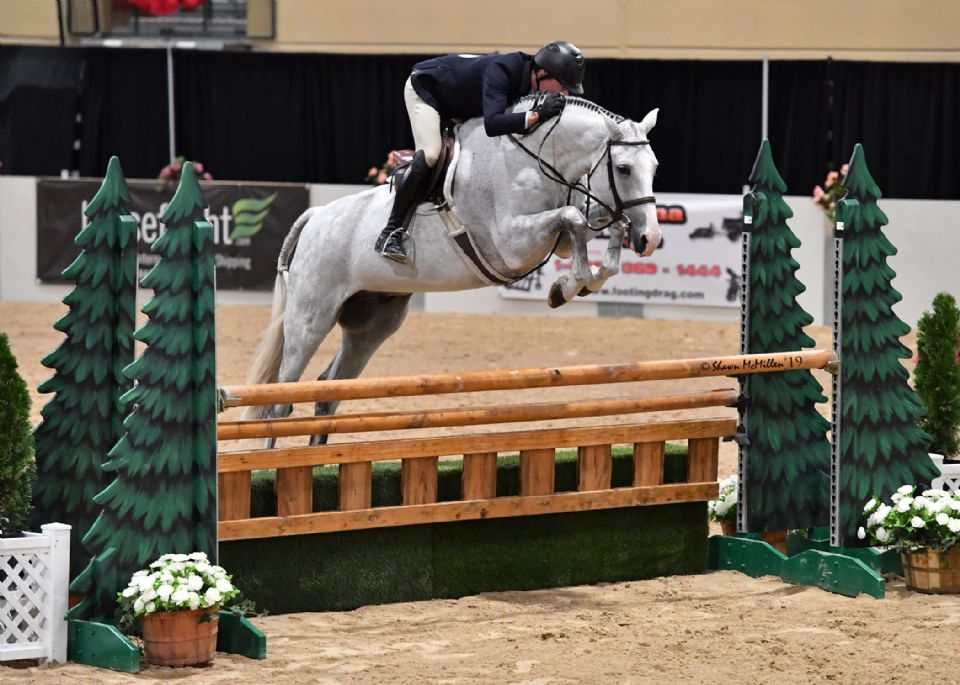 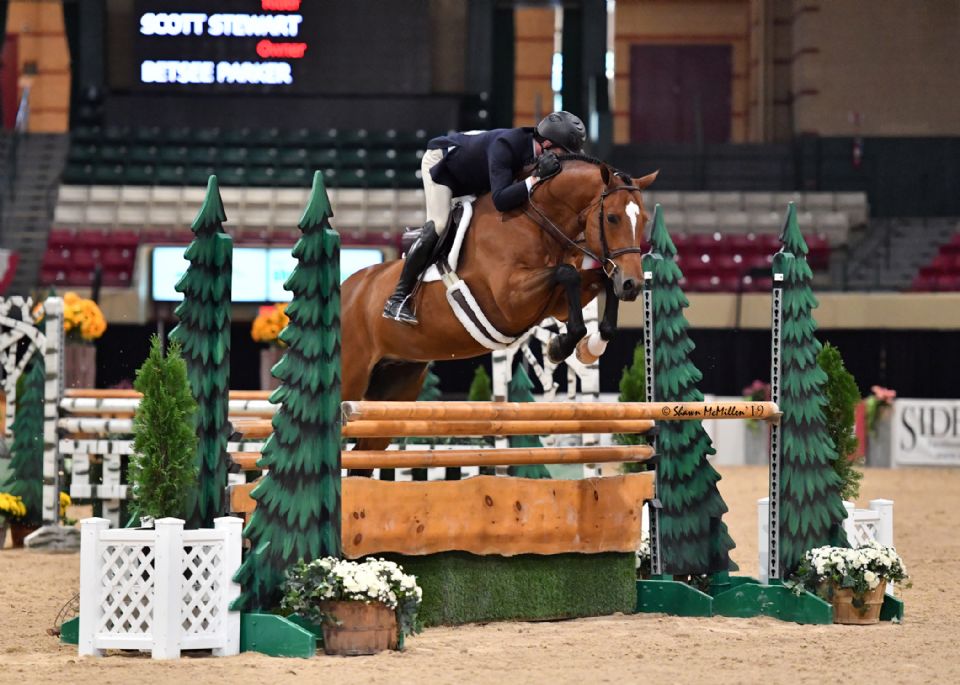 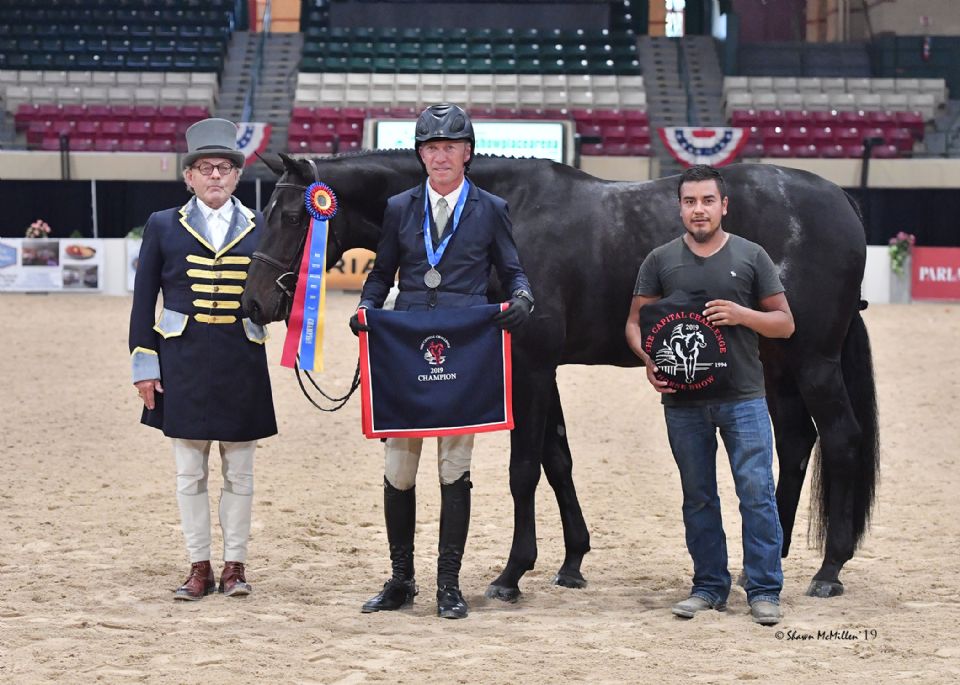 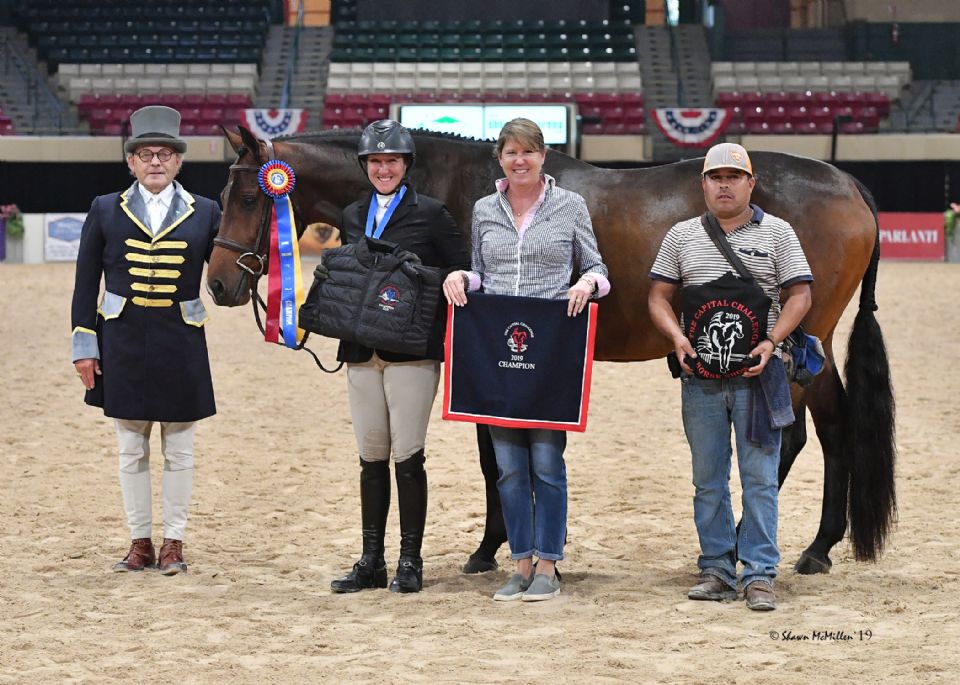 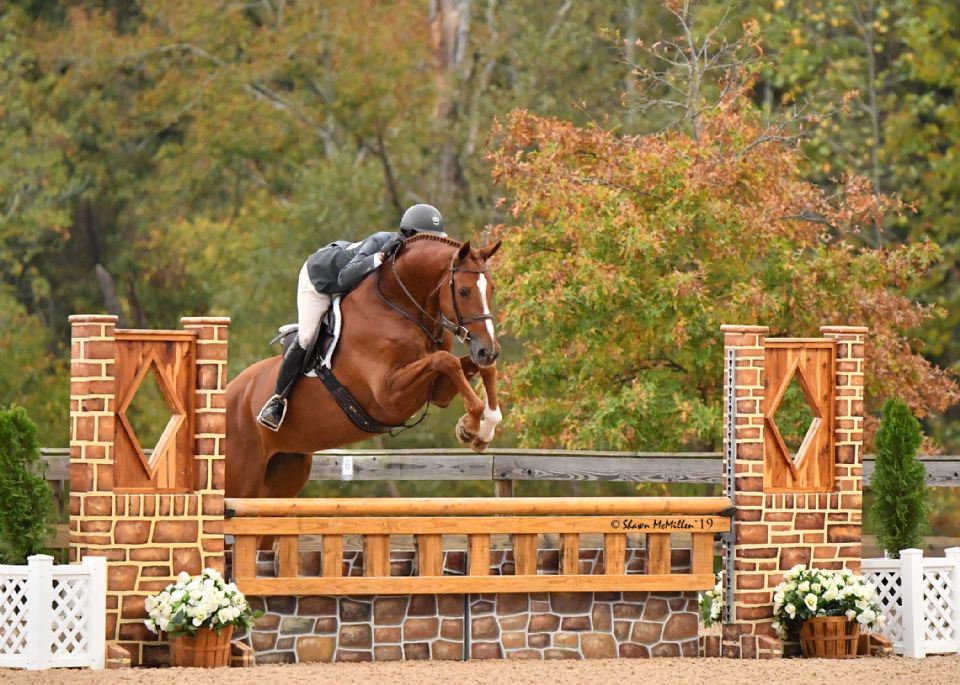 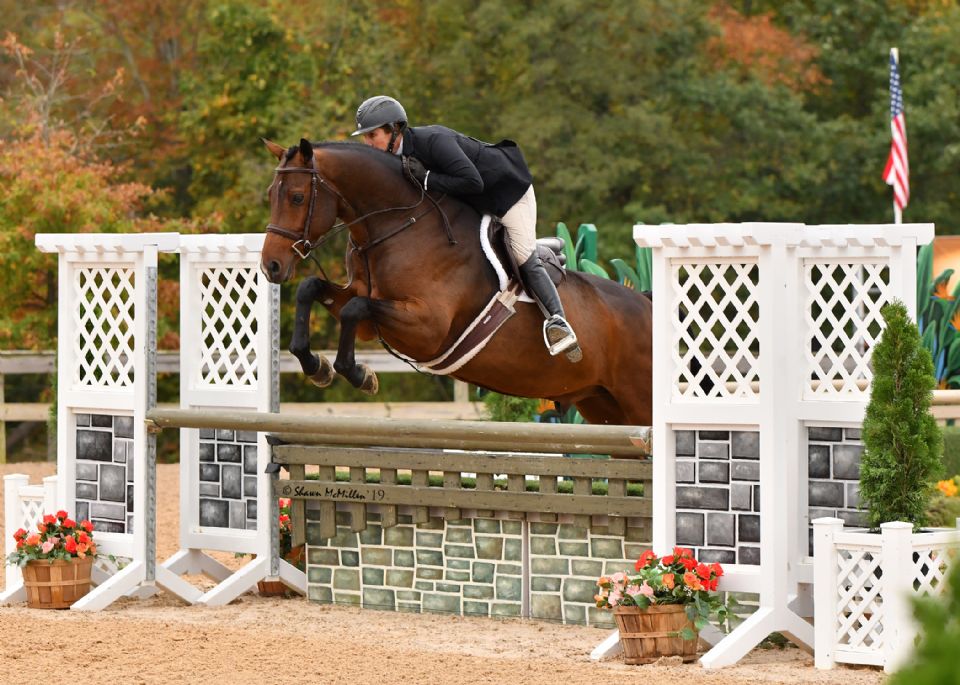 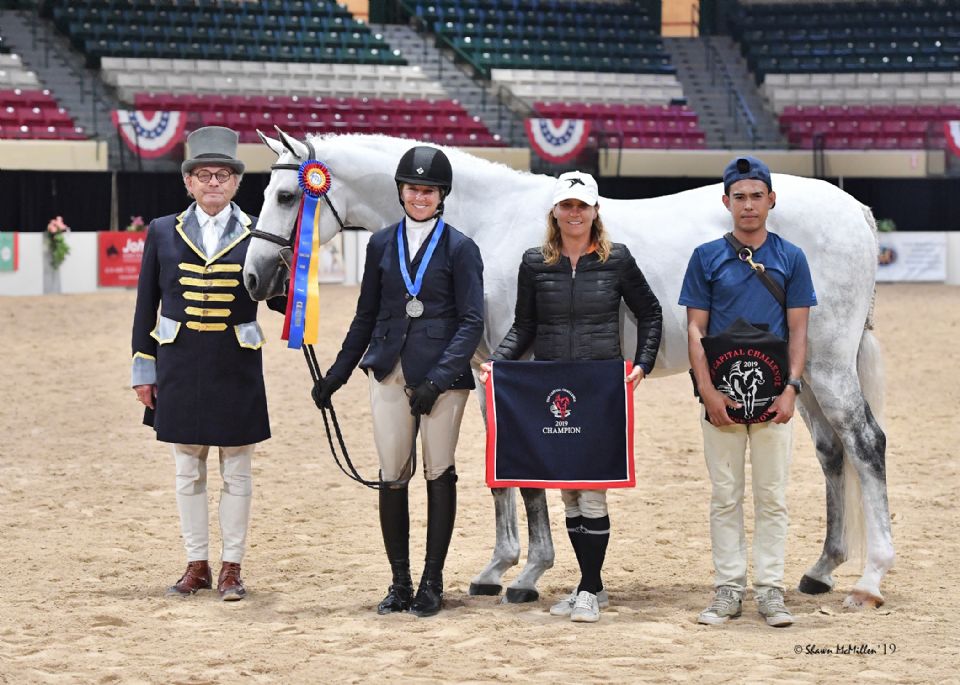 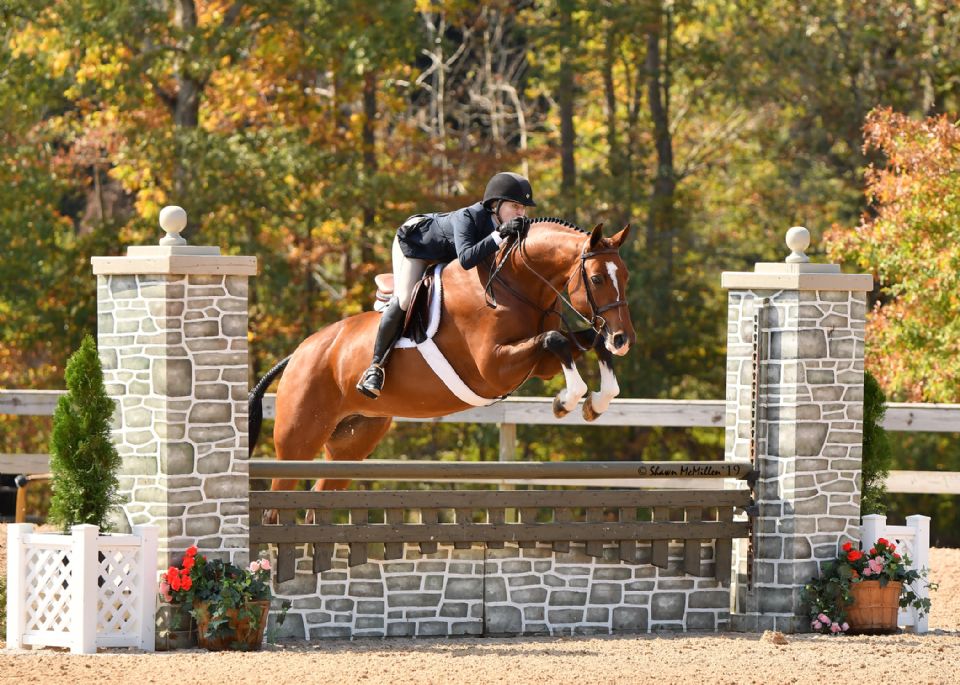 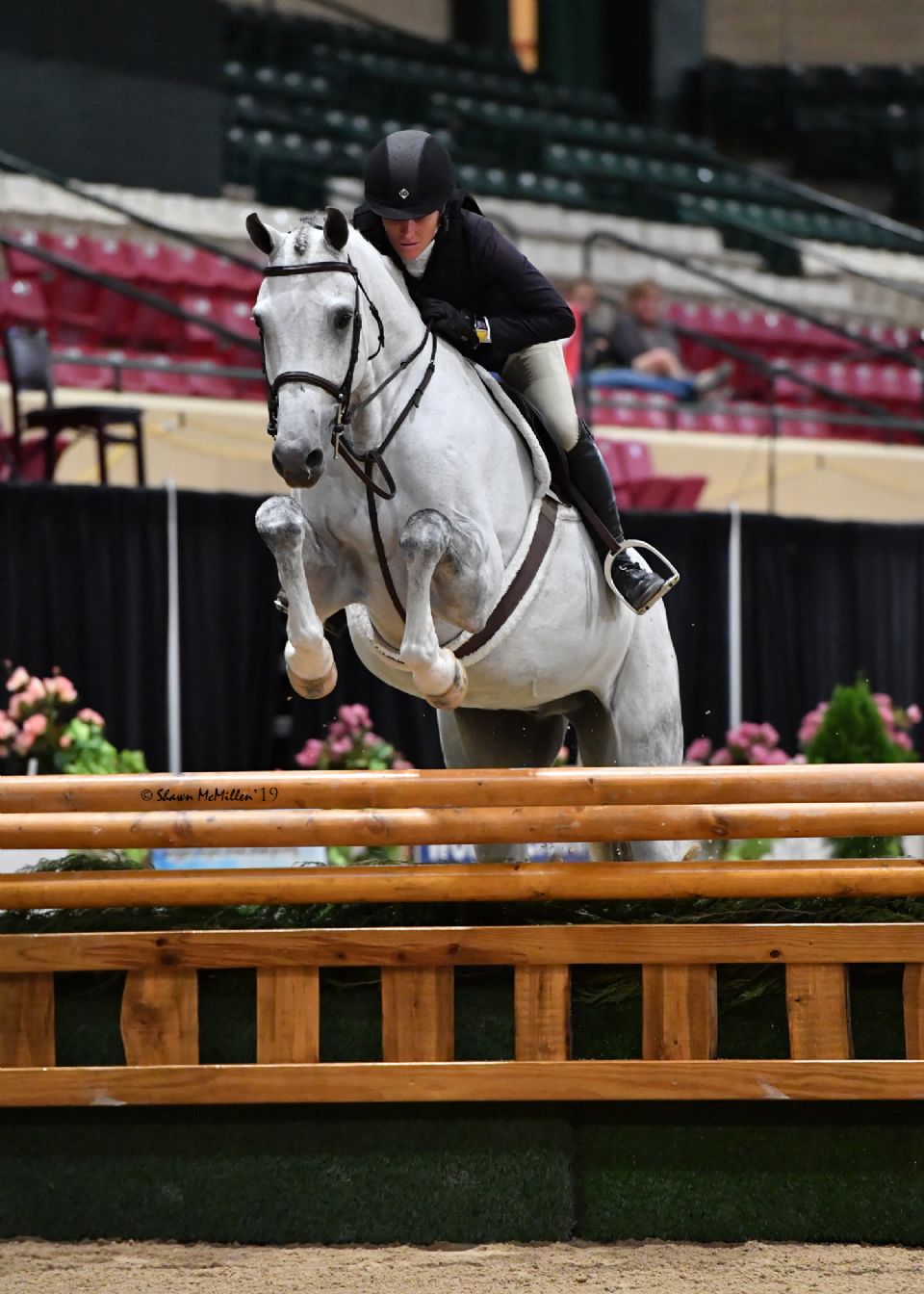 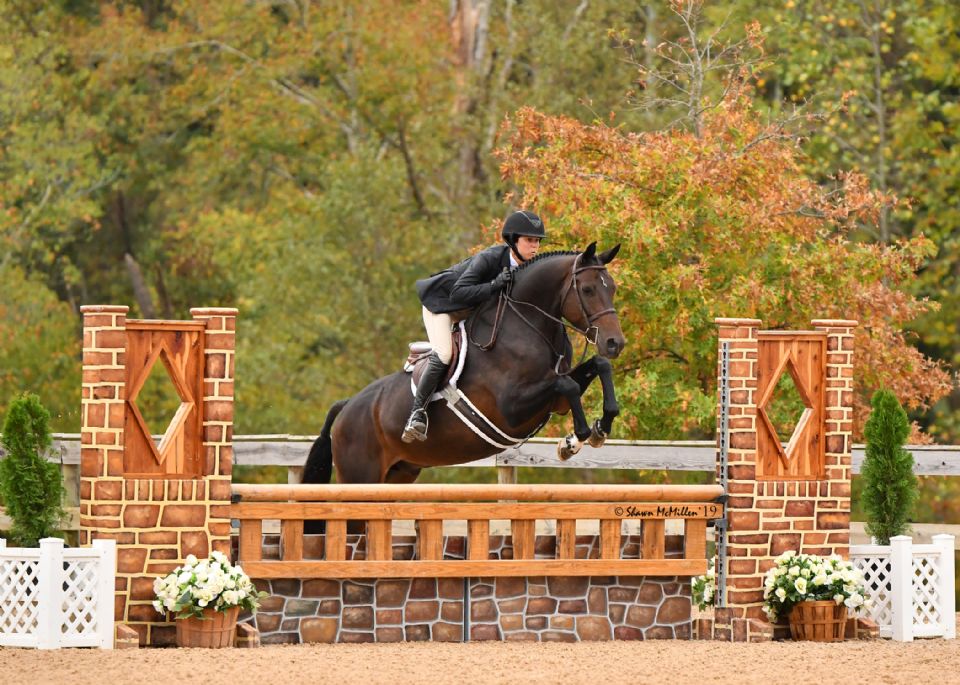 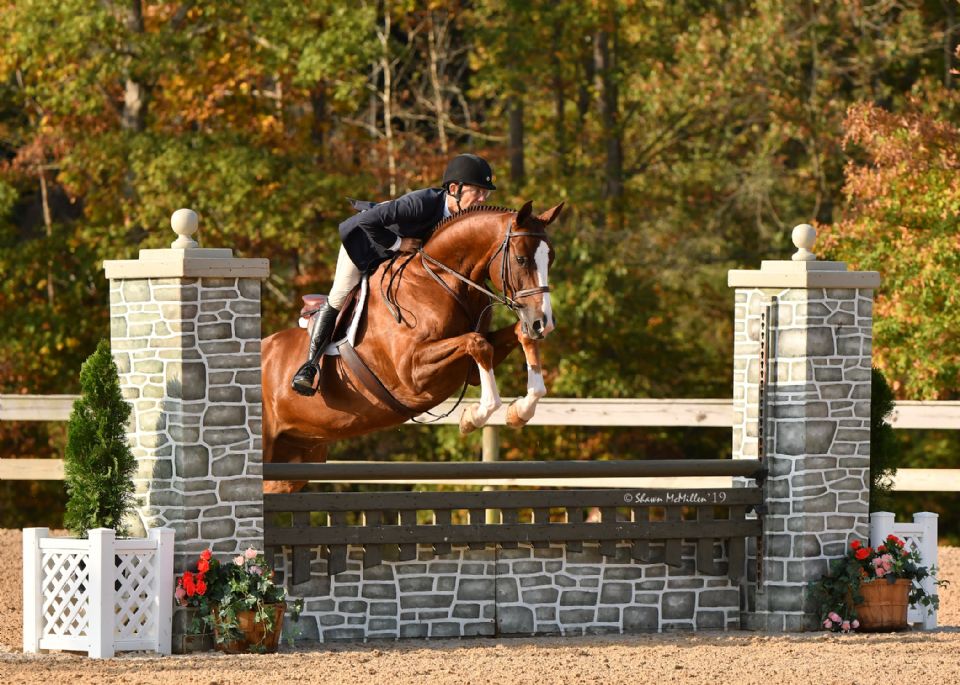 Twelve professional hunter champions were named on Tuesday, October 1, at the Capital Challenge Horse Show in Upper Marlboro, MD, which continues through Sunday, October 6, at the Prince George’s Equestrian Center.

“All of his rounds were very consistent; he didn’t get anything lower than an 84 or 85,” said Colvin, who first rode the gelding a year ago at Capital Challenge. “It’s neat to see how he’s come along since last year. This is like a one-year anniversary.”

“It’s a nice show, and everybody – East Coast, West Coast – comes together to compete here,” said Colvin, who noted that she has been competing at the horse show for more than 12 years. “I was here in the ponies; I showed here in the junior hunters when I was nine.”

Finishing behind Colvin and Gabriel as the Green Conformation Hunter reserve champions were Erica Quinn of Royal Palm Beach, FL, and Turner, owned by Penelope Ayers.

Colvin and Gabriel also finished as the reserve champions in the Green Hunter 3'6" Section B, sponsored by Lee Sadrian and the Kellogg Family. There it was Jeff Gogul of Wilmington, OH, who rode to the division championship aboard Maverick, owned by Roberts Stables, LLC, after winning two of the division’s over-fences classes and finishing third in both an over-fences class and the under saddle.

In Section A of the Green Hunter 3'6", sponsored by Peter Pletcher and PJP Farm, John French of Mill Creek, WA, and San Marco, owned by Ann Russo, claimed the championship.

“Nothing fazed him,” said French of the eight-year-old Selle Français gelding that topped two over-fences classes and finished third in the handy. “[In] the first class he jumped high; he was a little impressed, but we don’t ever get to practice indoors so you don’t really know what to expect. Then I knew he was going to be good the whole time!

“He is simple; he’s not spooky,” continued French, a four-time winner of the World Championship Hunter Rider (WCHR) Professional Finals at Capital Challenge. “I really like his kind of ride. He just wants you to leave him alone in front of the jumps. I never have to worry about picking him up. You don’t need to leg him too much to the jump. You just leave it up to him.”

With the win in the Green Hunter 3'6" Section A handy, a third-place finish in the under saddle, and an additional third place over fences, the division reserve championship was presented to Scott Stewart of Wellington, FL, and Love Note, owned by Richard Prant.

In the High Performance Hunters, Stewart rode Catch Me, owned by Gochman Sport Horse LLC, to the top tricolor honor after claiming wins in both the handy and the under saddle and two second-place finishes over fences. With a score of 94.5 for their handy round, Stewart and the 12-year-old grey Holsteiner gelding also received the highest score of the day.

Finishing as the reserve champions in the High Performance Hunters and High Performance Conformation Hunters, respectively, were Stewart and Cameo, owned by Parker, and Christopher Payne and Fibonacci, owned by Still Water Farm LLC.

In the Green Hunter 3'9", sponsored by Lannie Lipson, the championship went to Sandra Ferrell of Belair, PA, and Moonshot, owned by Stephanie Bulger. The duo won both an over-fences and the under-saddle class, as well as finishing second and fifth over fences, on their way to the championship.

“When we bought him, we knew he would have the scope to jump mountains, so there were no surprises that he handled the second year just as well as he did his first year,” said Ferrell of the 10-year-old Holsteiner gelding that she began riding a year and a half ago. “He is a very confident horse. He knows his job. For the past 48 hours he’s been in a zone to win. He has been so fun.

“He’s just a great horse, and he will go on to do the 4',” continued Ferrell about the 16-hand gelding. “He’s got so much scope, and he’s a little horse. It’s been a great two days for us. It is the only horse we brought, so we came, and we conquered!”

The Challenge Horse Show continues through Sunday, October 6. Highlights of Wednesday’s competition include the $25,000 North American Green Hunter Championship during the day-time session, and both the $5,000 World Championship Hunter Rider (WCHR) Developing Pro Challenge and $30,00 WCHR Pro Challenge during the evening session.

About the Capital Challenge Horse Show
Now in its 26th year, the Capital Challenge Horse Show, presented by the World Equestrian Center, sets itself apart with a distinct and unique focus on preeminent hunter and equitation competition. Held at the Prince George’s Equestrian Center in Upper Marlboro, MD, the 2019 edition of the Capital Challenge Horse Show is taking place now through October 6. The 10 days of competition include prestigious equitation events, jumper divisions, the World Championship Hunter Rider (WCHR) Finals, the $25,000 3’ and 3’3” Green Hunter North American Championships, and more, with many of the country’s best horses and riders competing in junior, amateur, and professional divisions. For more information, visit www.capitalchallenge.org.