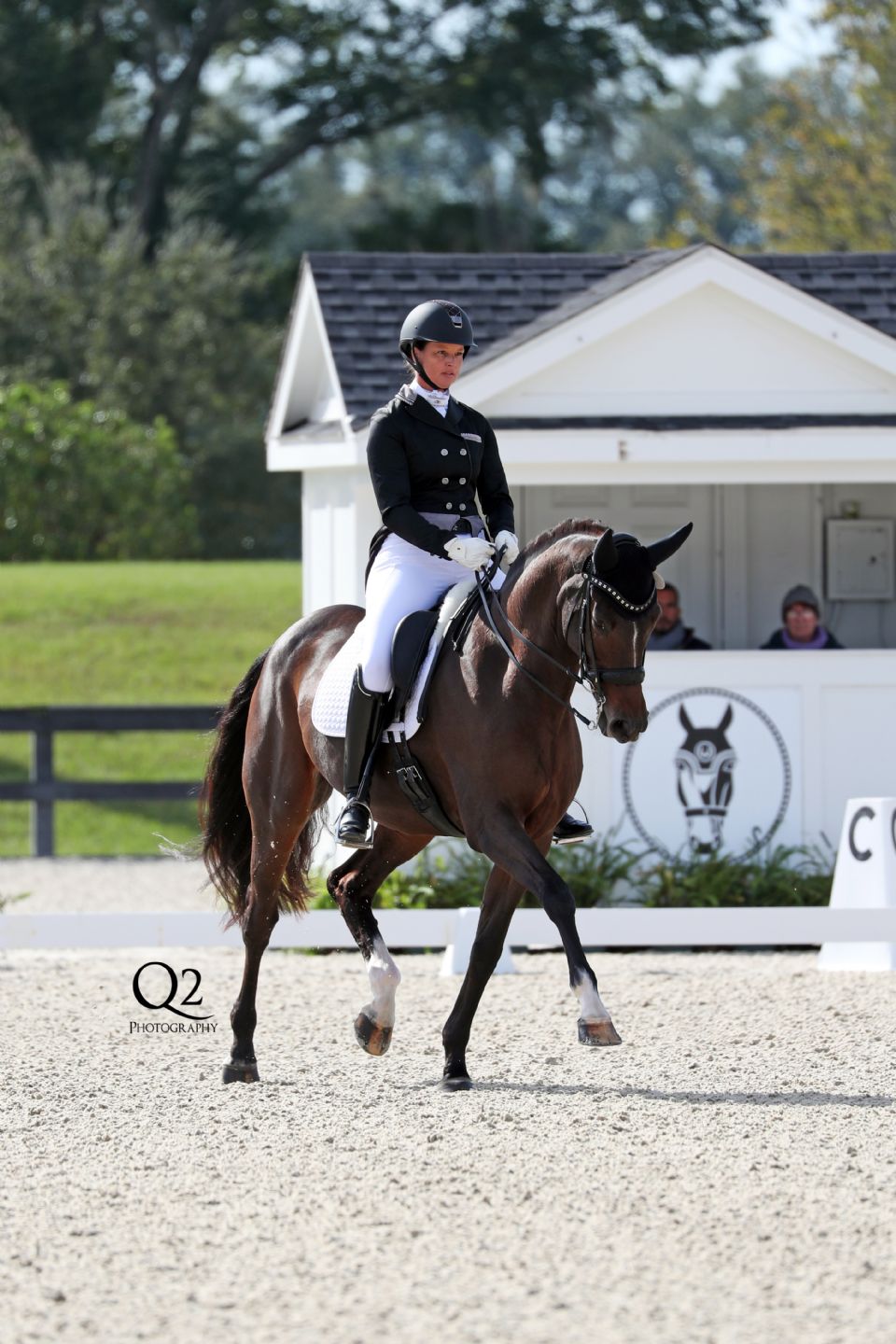 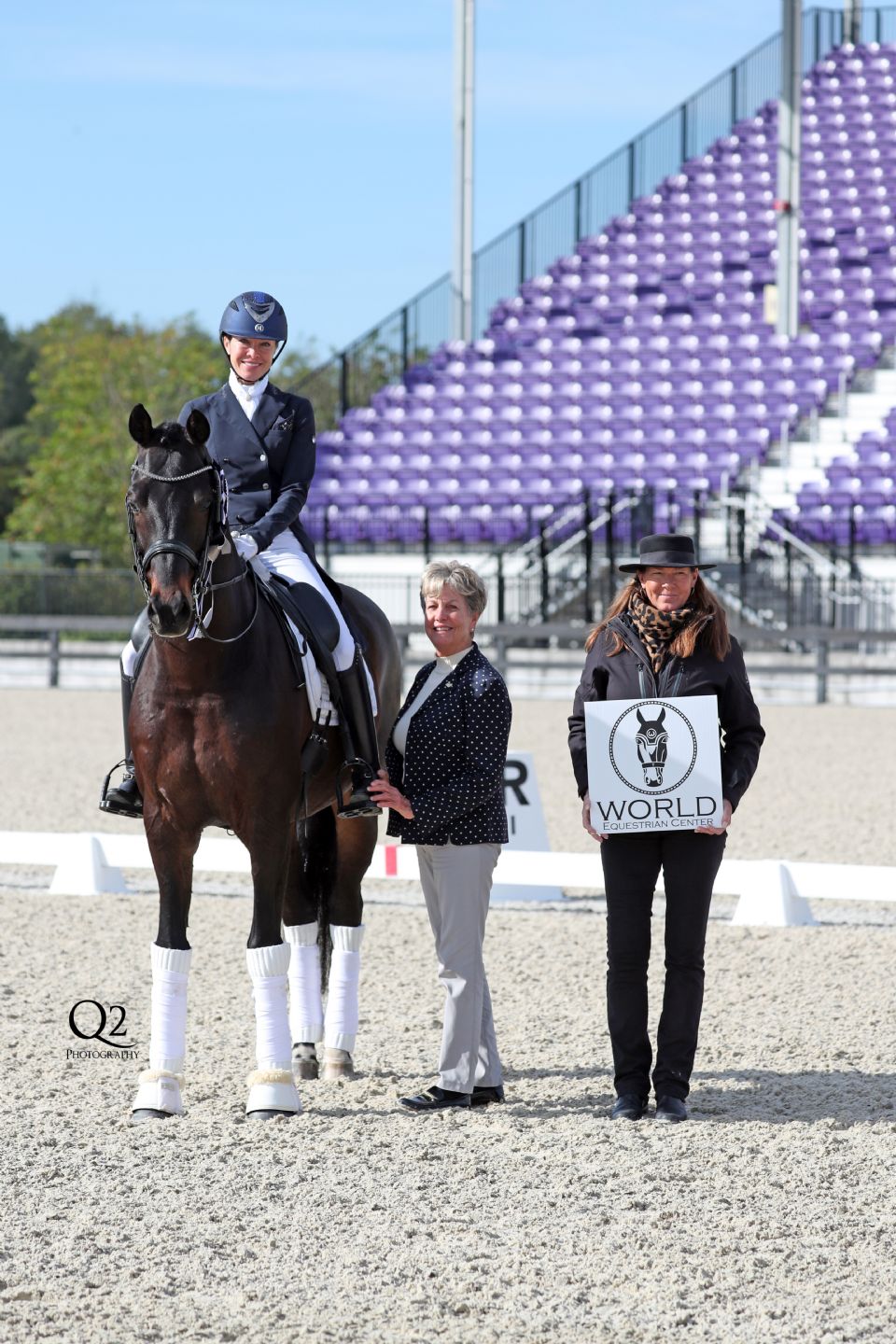 Jessica Howington and Indigo TC in their winning presentation.
Photo by Q2 Photography 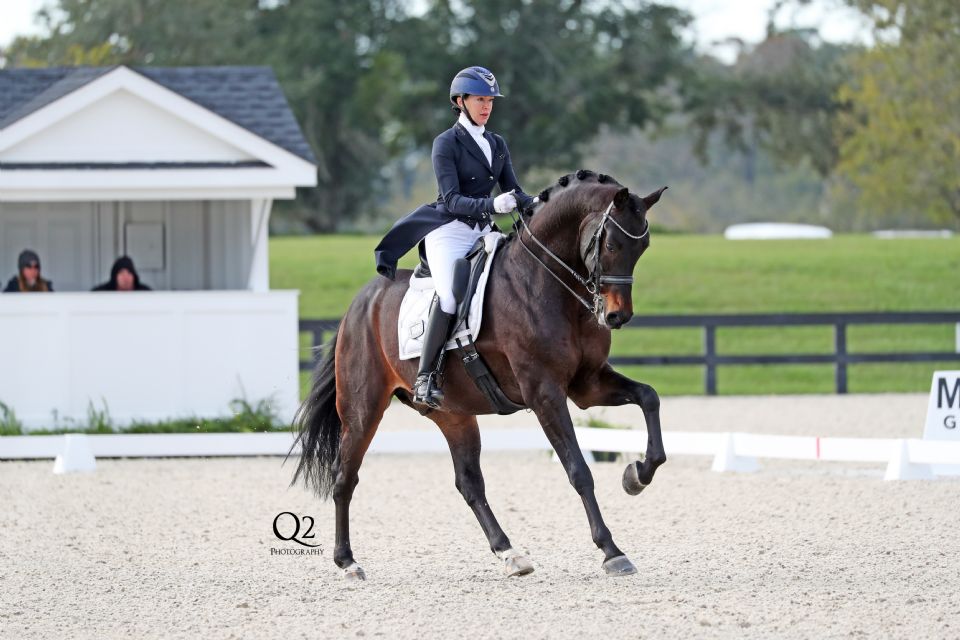 It was a satisfying win for Howington, who was third in Friday’s Prix St. Georges CDI1* class. “Yesterday there was a lot of tension, and we were a firecracker, for sure,” she said of the nine-year-old KWPN gelding by Dream Boy x Kennedy. “I’m really happy with him today because he improved mentally. That was my goal for today, to see if we could get a little more calmness in the test.

“He was really spicy today and still wanted to be pretty up, but a least he let me ride him through it,” she continued. “That’s all I wanted, was for him to actually let me touch him with my leg and have some adjustability. That was my goal, and it was good. The moments that he was on felt amazing. I’m over the moon with him.”

Howington only brought Indigo TC over from Denmark two months ago after seeing him on video earlier. “I loved him from the start,” she recalled. “It turned out that it was meant to happen, and I got him. I really like the fire. He’s super sensitive and really forward. That is also something that we have to learn to deal with and tone down at times. He’s super sweet.”

While this is their first CDI together and only their second competition, Howington has hope for the future with the talented horse.

“We will take it slow, but that is the ultimate goal for him, to be my grand prix horse over the next couple of years or however long it takes,” she concluded.

Riding in the Intermediate A CDI3* class, Eline Eckroth (USA) and Daphne scored 64.530%.

The World Equestrian Center November Dressage CDI3* concludes on Sunday, November 20, with the Intermediate II CDI3* at 9 a.m. followed by classes for juniors, young riders, Under 25 and amateurs, as well as the Intermediate 1 Freestyle CDI3* to round out the week’s international competition. For more information, visit www.wec.net.