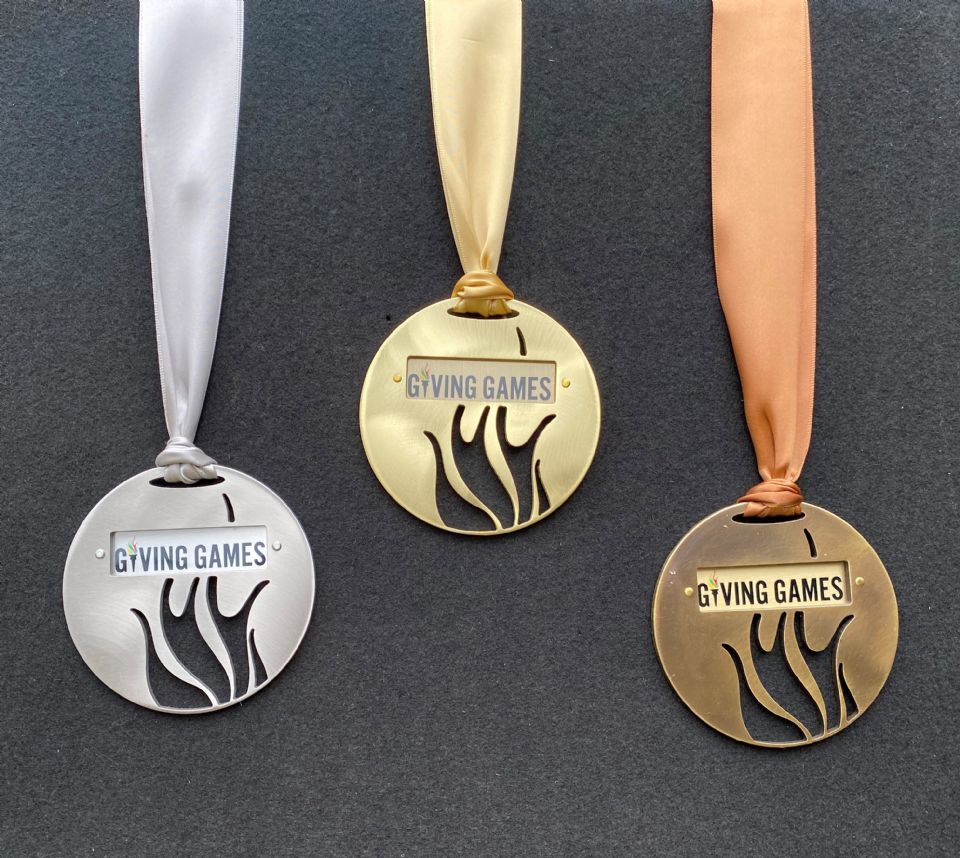 Medals for the "Medal of Giving" fundraiser for Giving Games will be awarded to the top three cumulative donors.

While equestrians across the country have raised more than $48,000 in the past two weeks, support for our Olympic and Paralympic equestrian hopefuls is still needed. There is still time left to donate and be a part of the Giving Games fundraising for next year’s Tokyo Olympic and Paralympic Games. The campaign closes on Sunday, August 9, at 5 p.m. ET, and supporters can help equestrians reach the $50,000 goal set nearly two weeks ago at the start of the Giving Games.

Click here to watch a video of six-time Olympic eventer Phillip Dutton, one of many athletes aiming for Tokyo. You can help him and other U.S. equestrians reach the podium in 2021!

The USET Foundation and US Equestrian joined with 20 other U.S. sporting National Governing Bodies (NGB) as a part of the Giving Games, and the tremendous effort from the equestrian community has been inspiring. But we can’t stop now – donations can still be made on the USET Foundation website at www.USET.org/GivingGames.

Click here to watch a video of dressage rider and Olympic bronze medalist Laura Graves, someone who has benefited from support from the USET Foundation. Your Giving Games donation will help riders as they prepare for another year before Tokyo.

A generous supporter of the Foundation has now agreed to increase their matching donation of every dollar raised up to $60,000, doubling the amount that our equestrians will receive in their quest for the podium in 2021. In addition, donors will have a chance to be entered into the “Medal of Giving” awards, recognizing the top three cumulative donors based on donations received by August 9.

Donors contributing to the “Medal of Giving” campaign for the USET Foundation will assist future training opportunities and the livelihoods of our equestrian athletes and parathletes as they continue their dedicated effort to represent the United States in Tokyo in 2021.

About Giving Games
Giving Games, taking place July 24 - August 9, 2020, is a fundraising initiative that brings U.S. sports organizations together and implores Americans to help sustain our athletes’ journeys. The initiative was started to help fill the gap of time that currently sits empty due to the postponement of the Tokyo Games. All funds raised will either be a direct donation to a specific sport or general support of all of the sports which will be equally divided among the participating sports organizations. Comprising multiple fundraising activations, Giving Games works to sustain our athletes and sports during an unprecedented time of need. For more, visit giving-games.com.