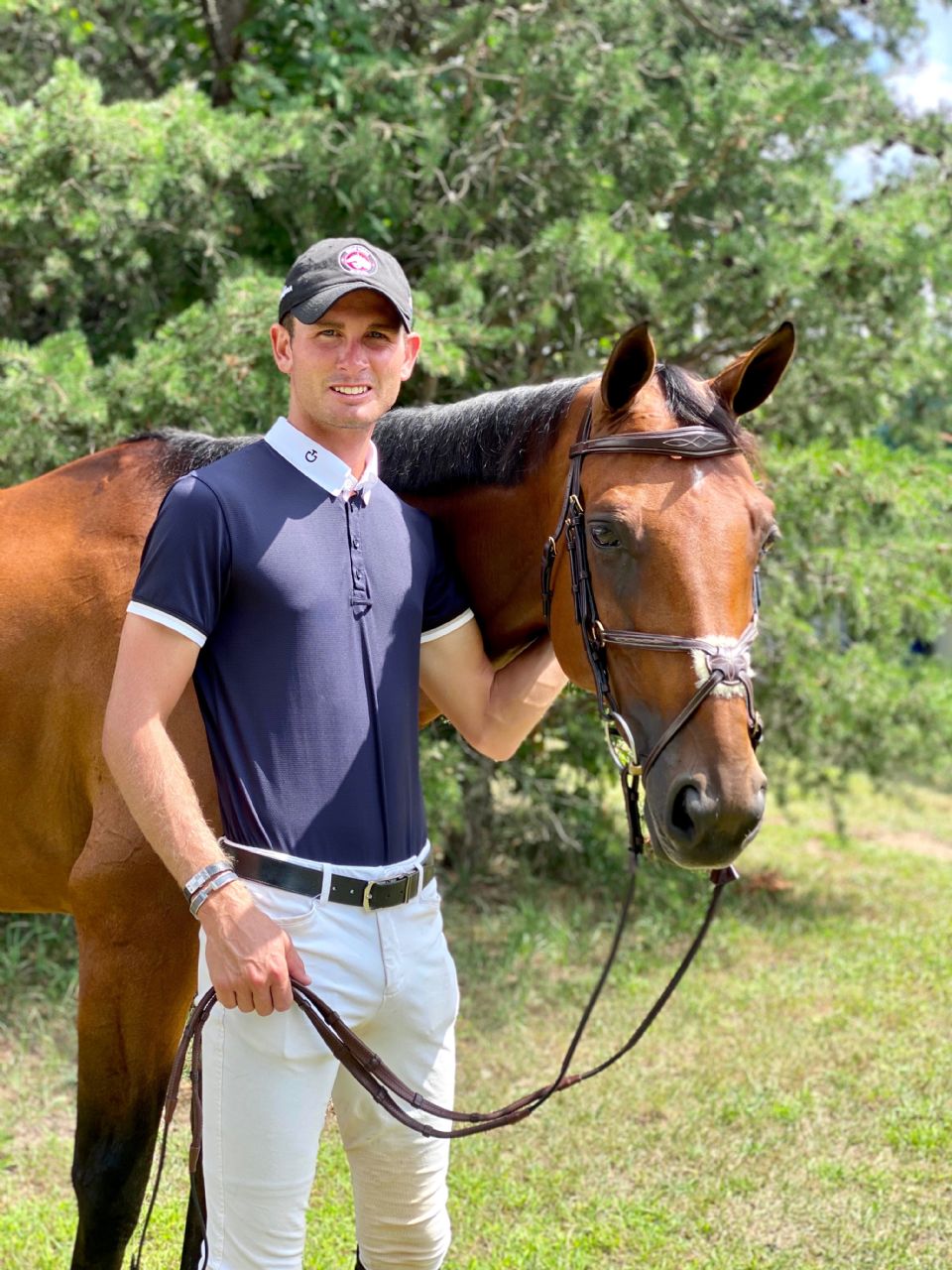 Spencer Smith and Quibelle getting to know each other this summer.
Photo courtesy of Spencer Smith 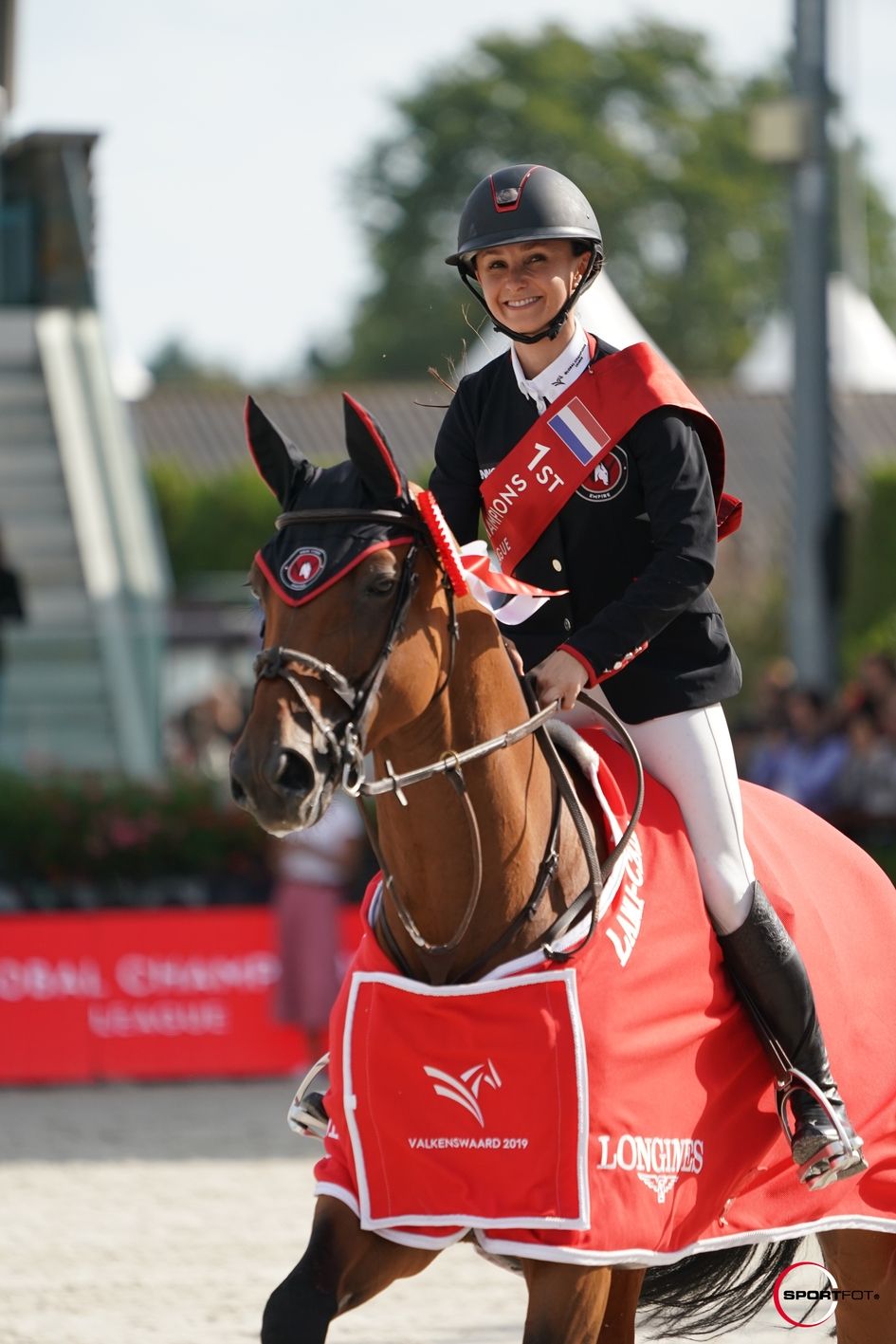 Georgina Bloomberg and Quibelle after winning at the GCL Valkenswaard event in 2019.
Photo by Sportfot 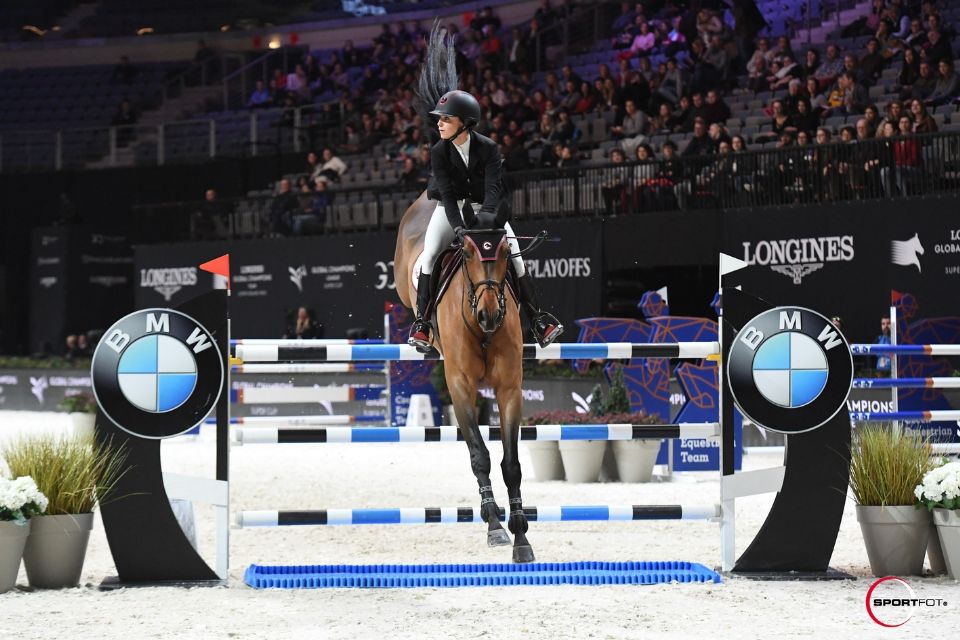 Georgina Bloomberg and Quibelle at the GCL Prague Playoffs in 2019.
Photo by Sportfot

Quibelle has proven to be competitive in the FEI ranks throughout North America and carried Bloomberg to top placings in international competition, including a New York Empire team victory at the Global Champions League (GCL) of Valkenswaard in 2019.

“I believe she is a super horse, but not a horse that I can ride at the top level and help reach her full potential,” said Bloomberg, owner and rider for the New York Empire GCL team that also includes Under 25 member Smith, Daniel Bluman (ISR), Scott Brash (GBR), Shane Breen (IRL), and Denis Lynch (IRL). “I think Spencer is the perfect rider for her, and this partnership will ensure that he has a top horse for the 2021 GCL season. Overall, I think this combination is in the best interest of the horse and our team as a whole.”

Smith made his GCL debut on New York Empire in 2019. As a junior rider, he won the 2014 USEF Medal Finals, and has become a consistent competitor at the international level. Smith won the CSI2* Grand Prix at the 2018 Longines Global Champions Tour London aboard Happiness.

“Georgina has been amazing to me throughout my entire career,” said Smith, 23, who hails from Wellington, FL. “She supported me as a young American rider, welcomed me as a part of New York Empire, and is strengthening her commitment to our team by letting me ride such an amazing horse.

“I have seen them together, watched them win in Valkenswaard, and always loved the horse,” continued Smith. “She’s incredibly special—talented, scopey, intelligent, and will be a great partner to have for the team next year. We have a group of really great riders on the roster, and I think next year will be a big GCL season for New York Empire.”